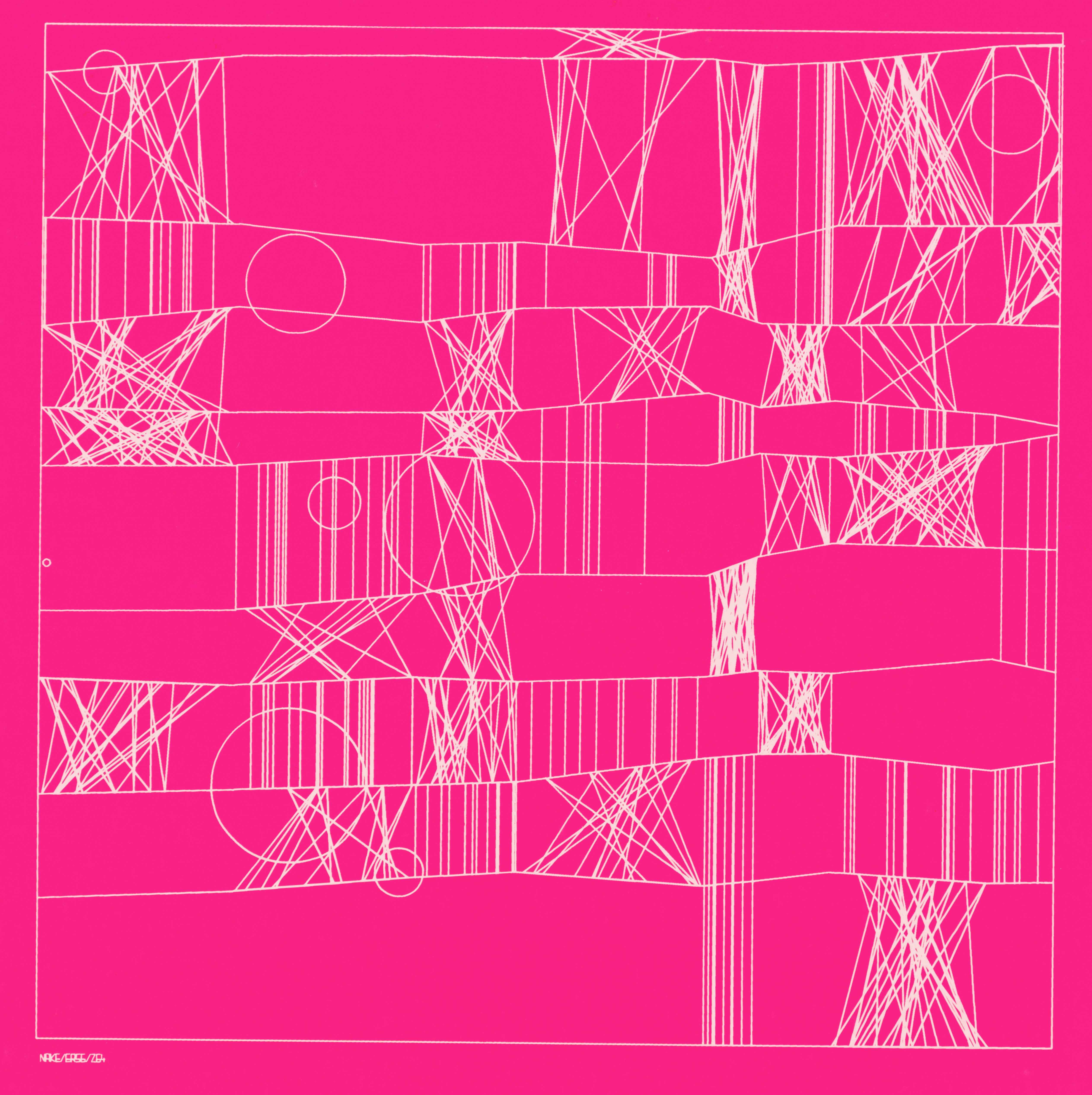 We are happy to invite you to meet with the pioneer, theoretician, author and artist Frieder Nake.

Frieder Nake (born 1938 in Stuttgart, lives in Bremen) is considered one of the pioneers of computer art. As a student he developed the basic software for the flatbed plotter Zuse Graphomat Z64 at the Computing Center of the Technical University in Stuttgart in 1963. In addition to technical drawings, also drawings with aesthetic appeal were produced from Nake’s early experiments in algorithmic art. At one of the first exhibitions of digital art worldwide, he presented his work together with Georg Nees at the Wendelin Niedlich gallery in Stuttgart in November 1965. After that, the exhibition at the Data Center Darmstadt in 1966 found a broad response in the media.

Nake has been honoured with numerous prizes and awards. He has published numerous writings influenced by Max Bense’s information aesthetics, where he reflects on computer-generated image. Also, Nake wrote about the early computer graphics in an essay for Wolf Lieser’s publication, “The World of Digital Art“, 2010. As Nake says, “Today we view the many and varied events and manifestations of art, which have been summarized as ‘computer art’. However, computer art has gone far beyond its simple and timid start. In addition to imagination, we find boldness, audacity, and a lot of specialized knowledge. We went against everything that was considered art. We were the avant-garde. […] It was conceptual art, made by a machine.”

We pay tribute to the oeuvre of Frieder Nake, just before his 80th birthday, with a small exhibition at DAM. On this occasion Frieder Nake will introduce a new series of fine art prints, which refer conceptually to his early period of 1965.

PS: Between the 17th of December and 19th of January 2019 the gallery is open by appointmnet only.

The exhibition is extended to the 16th of March 2019