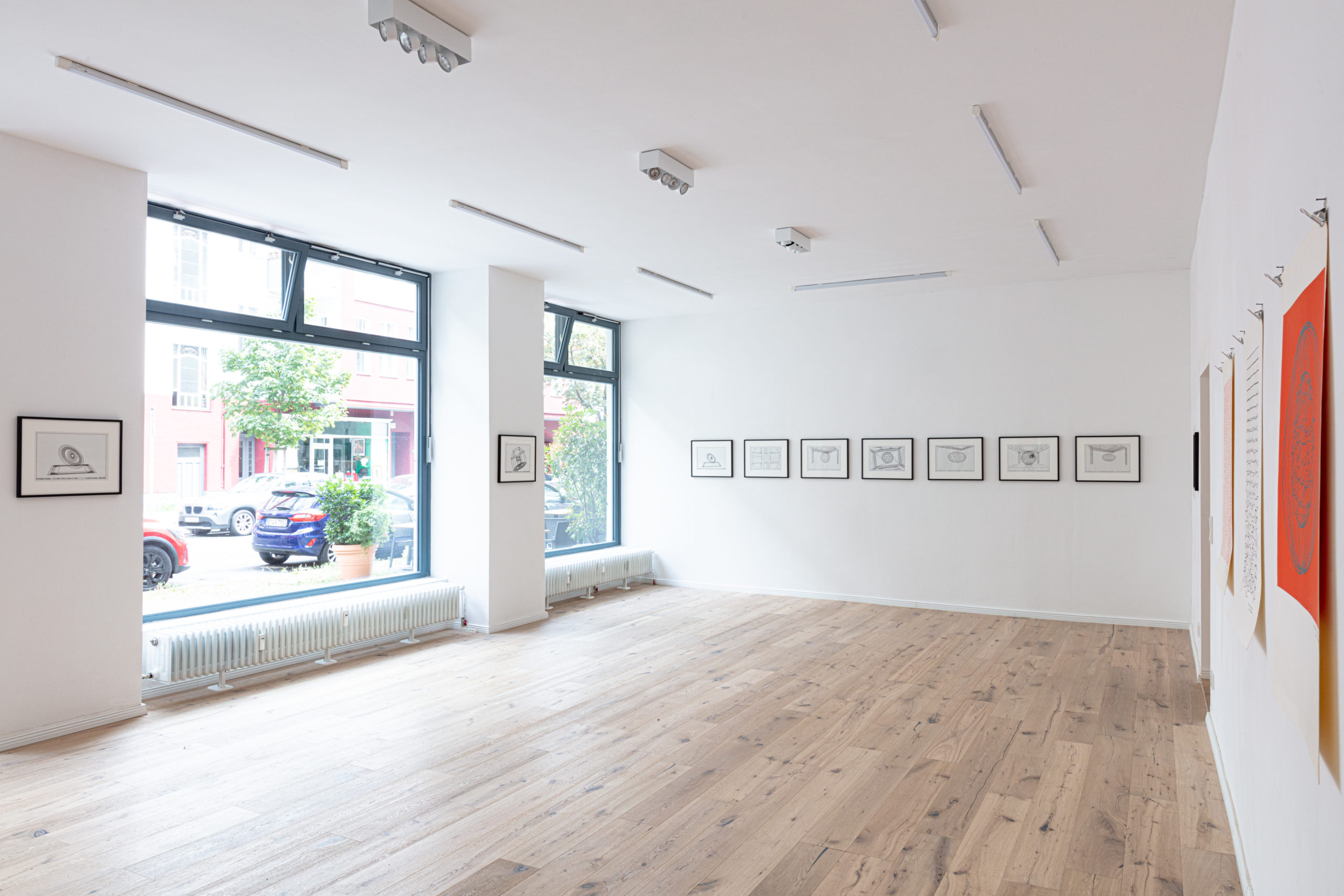 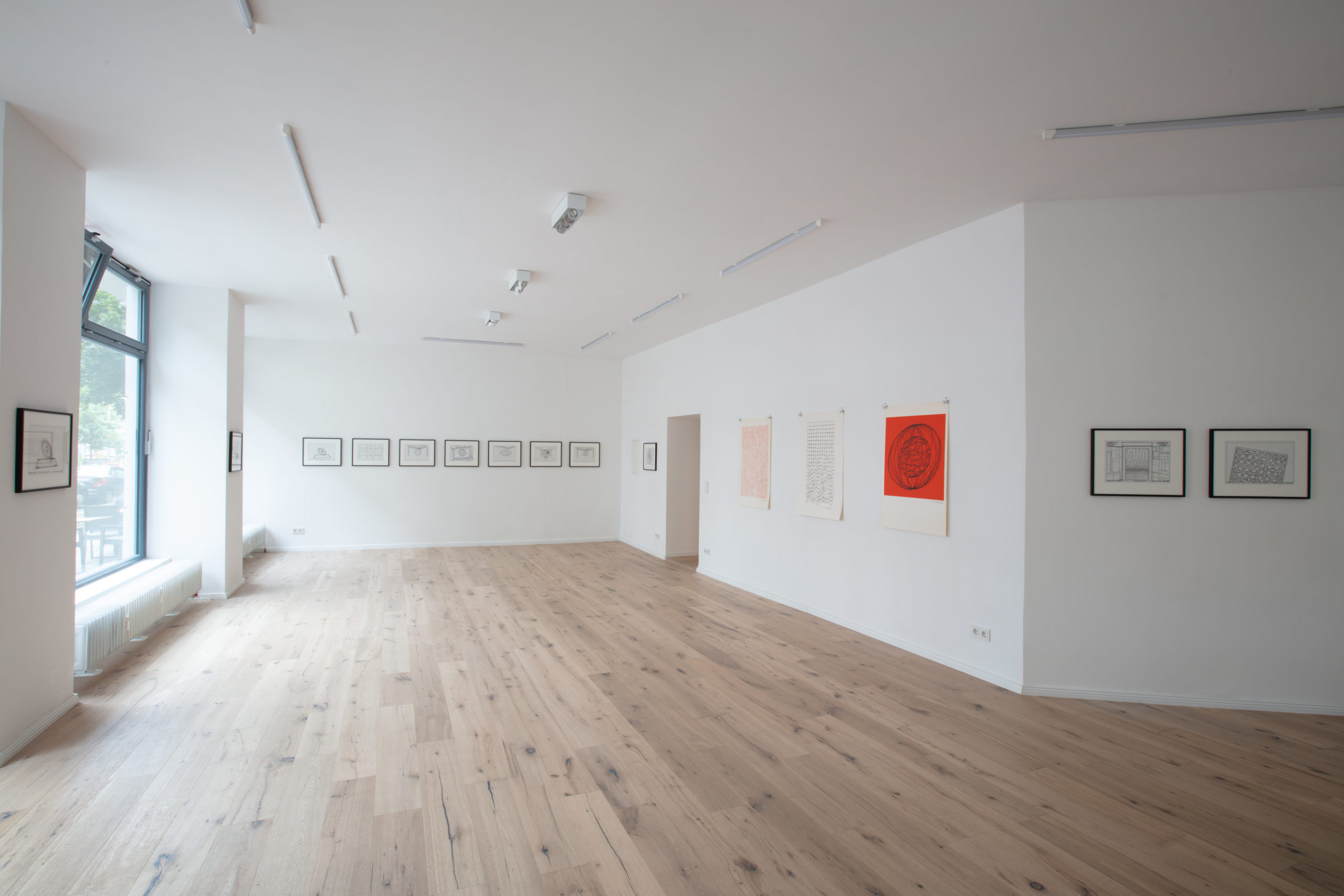 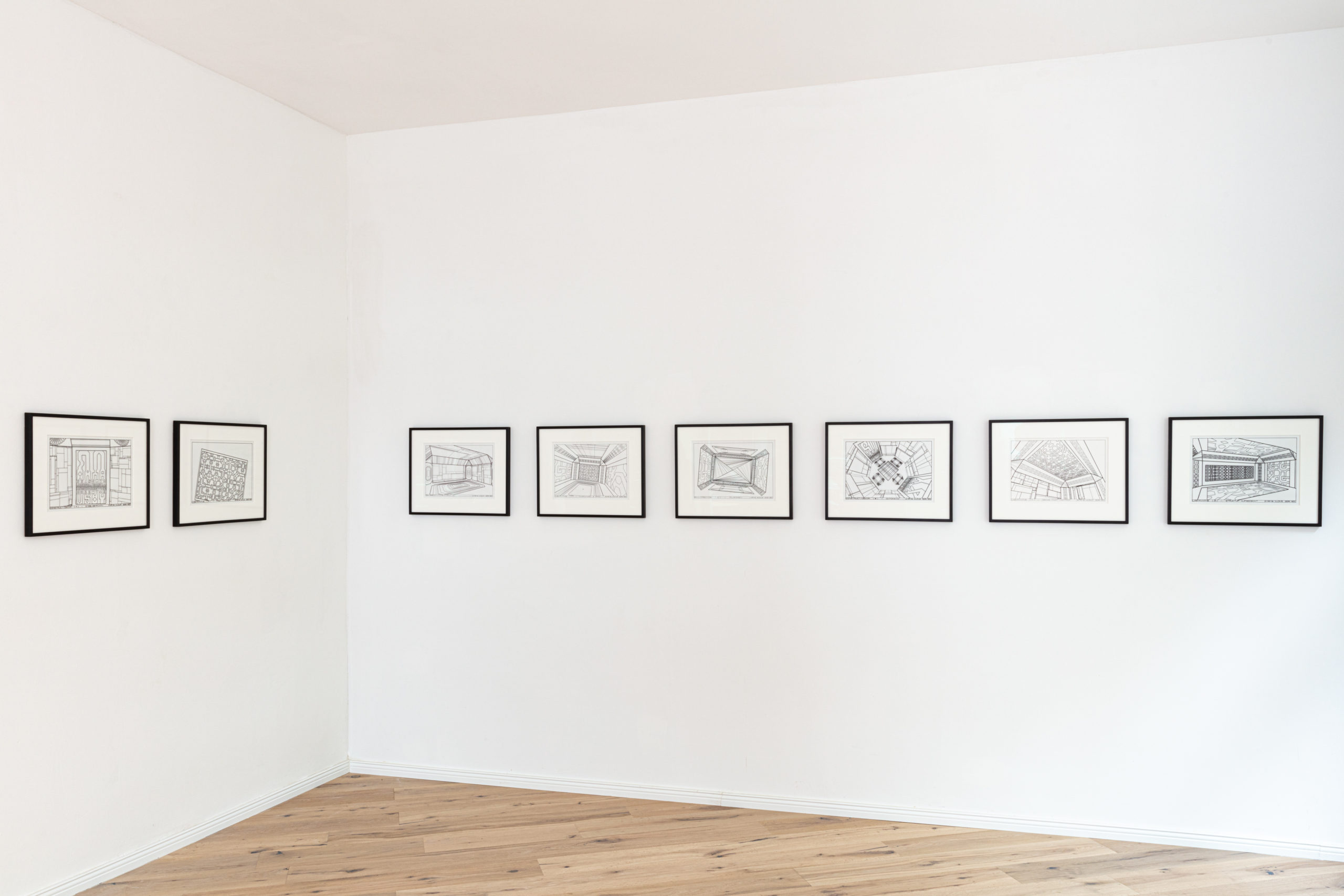 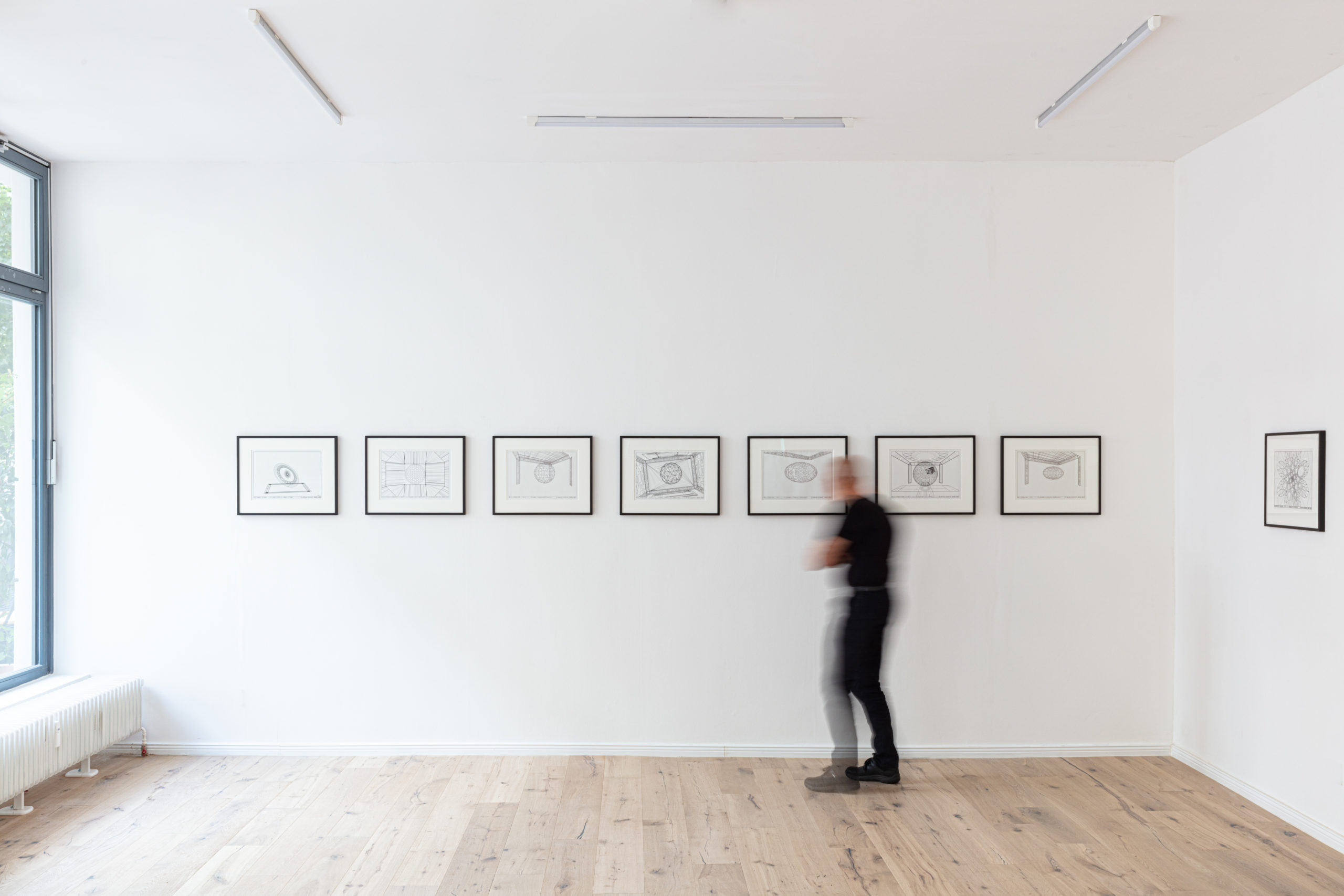 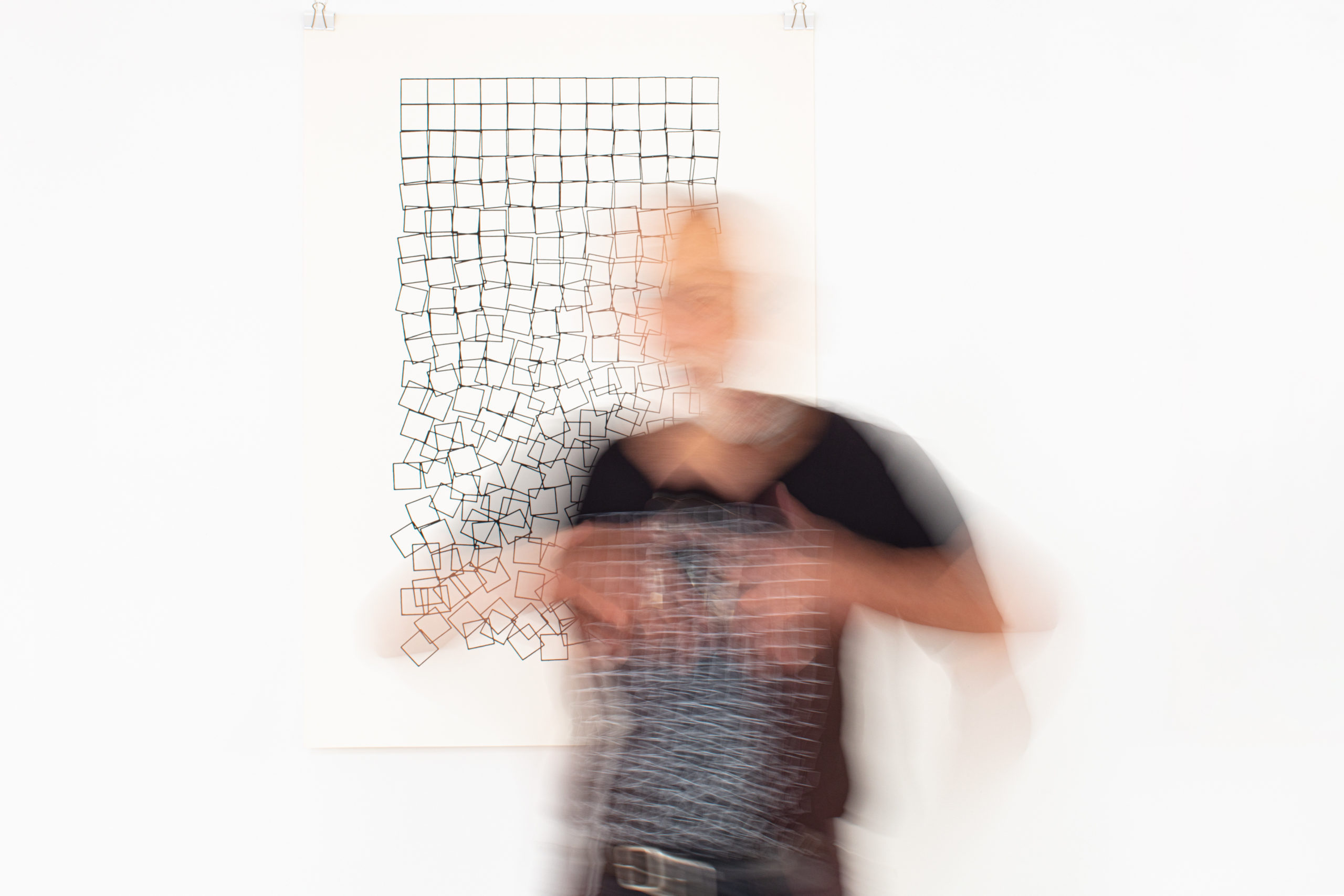 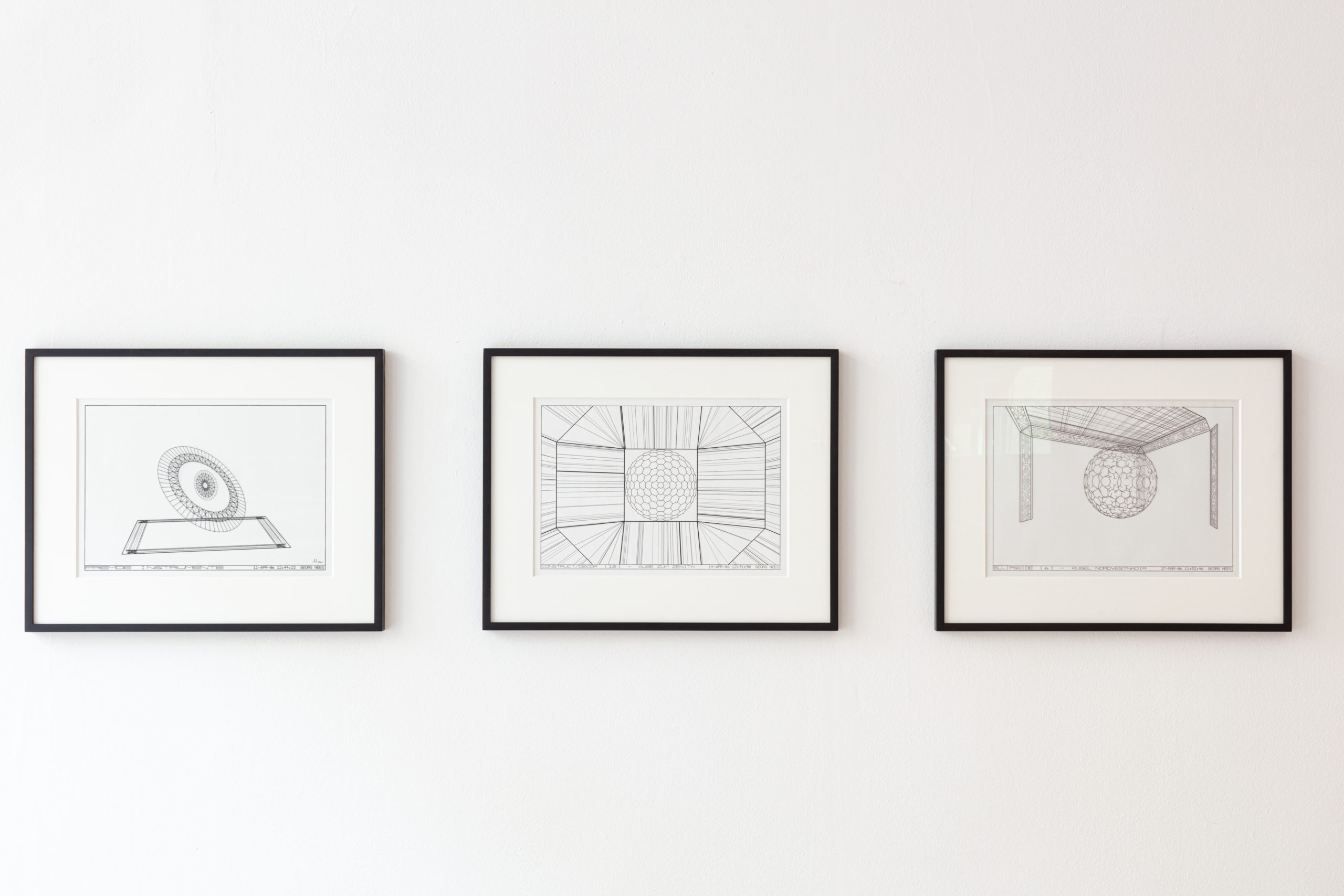 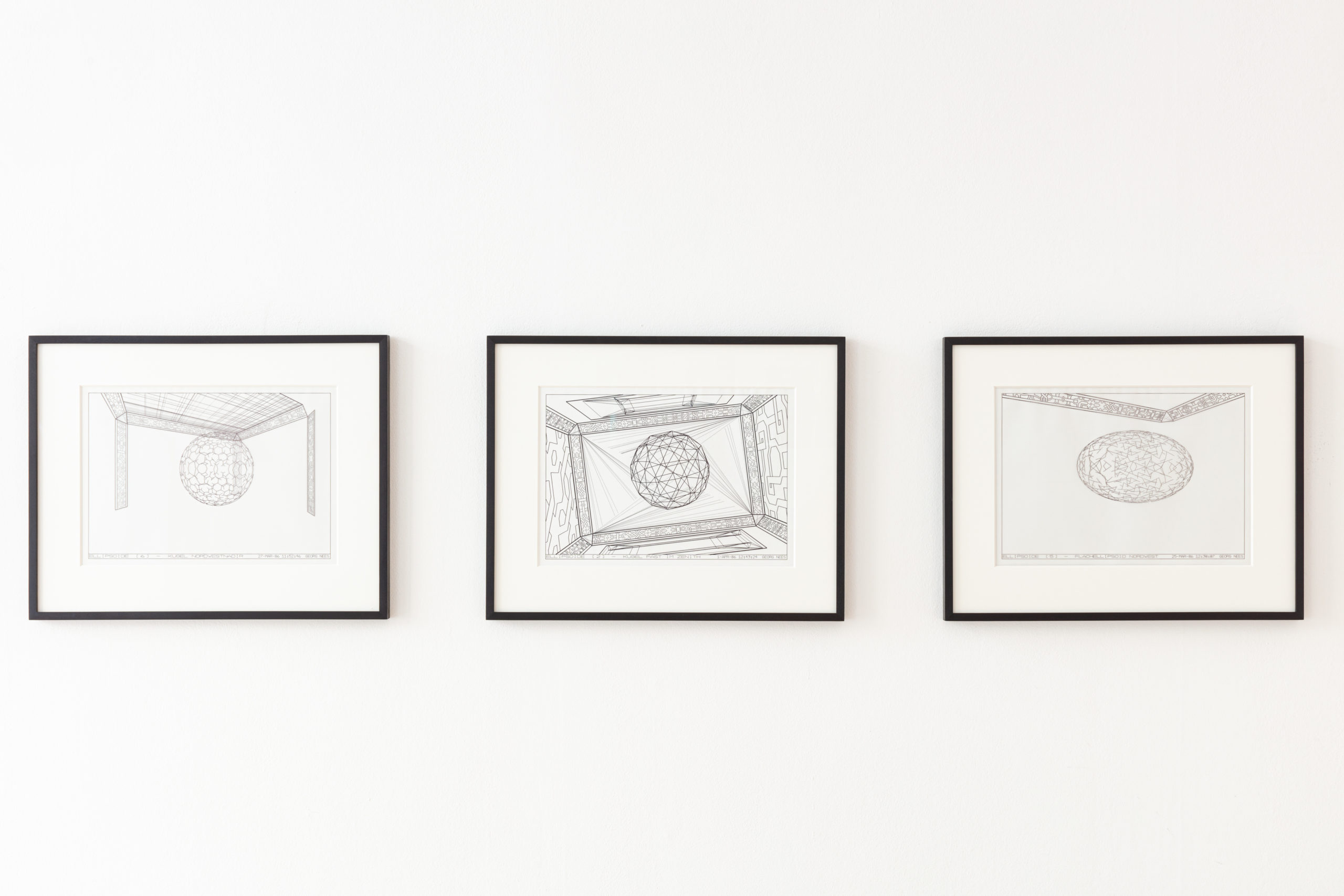 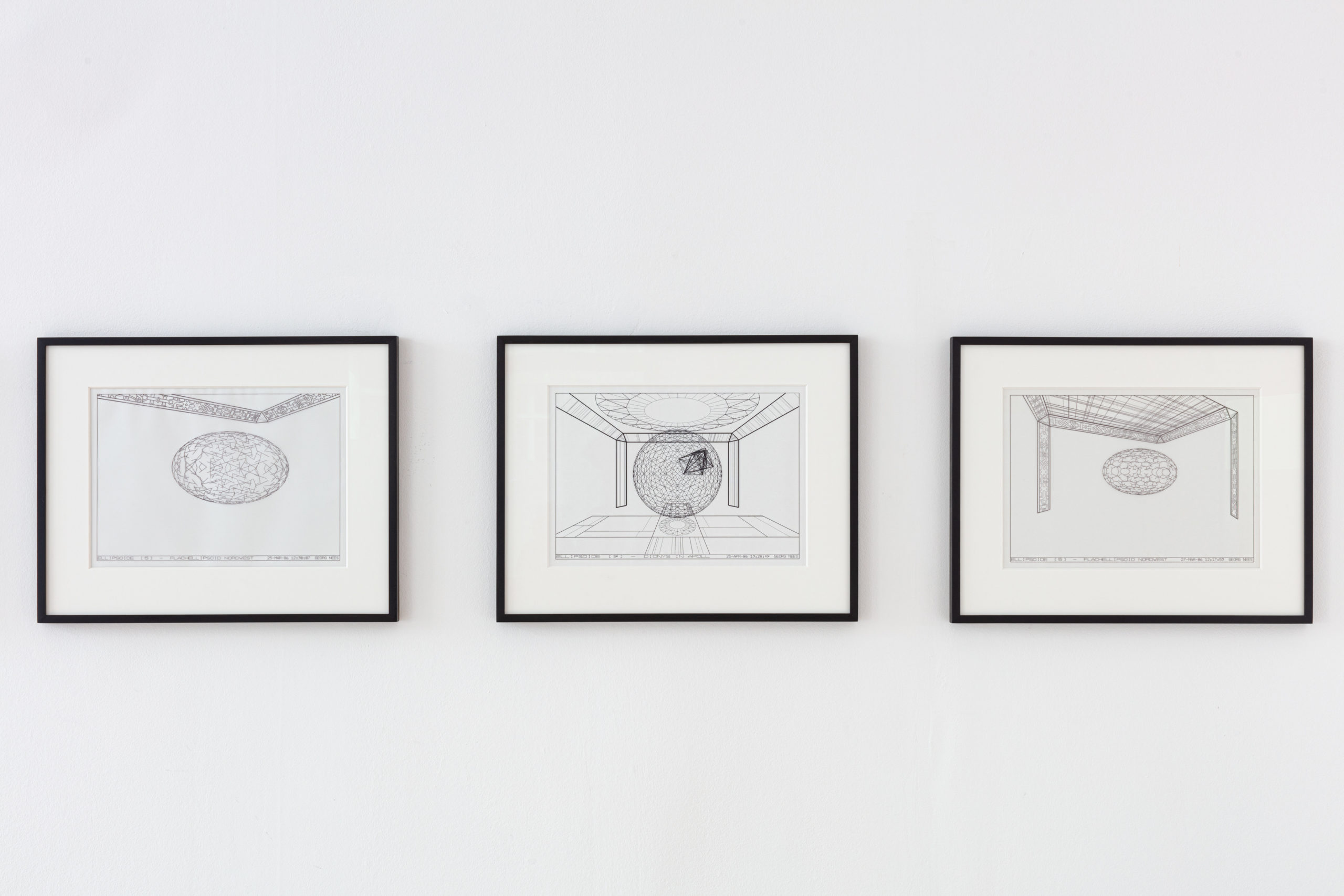 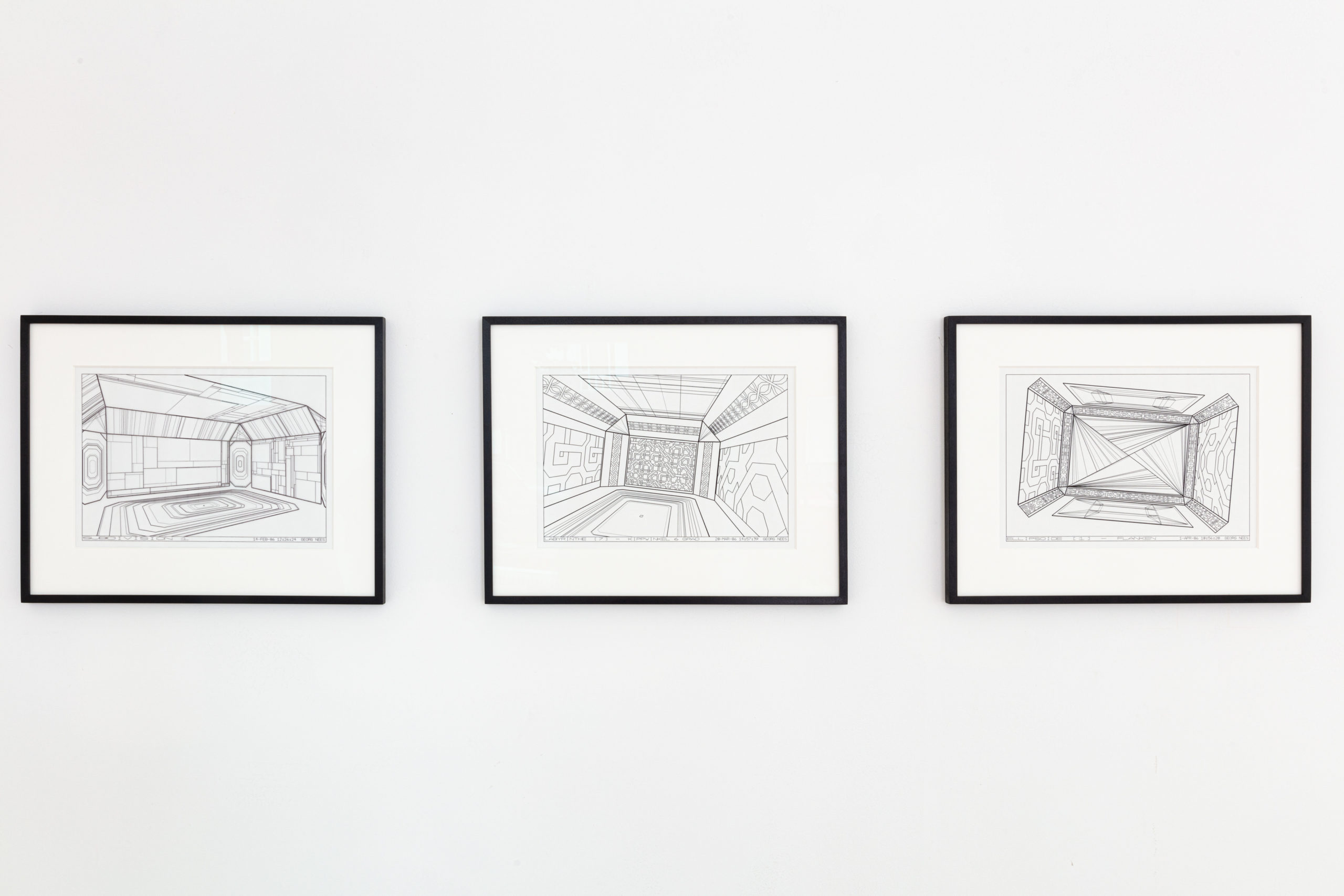 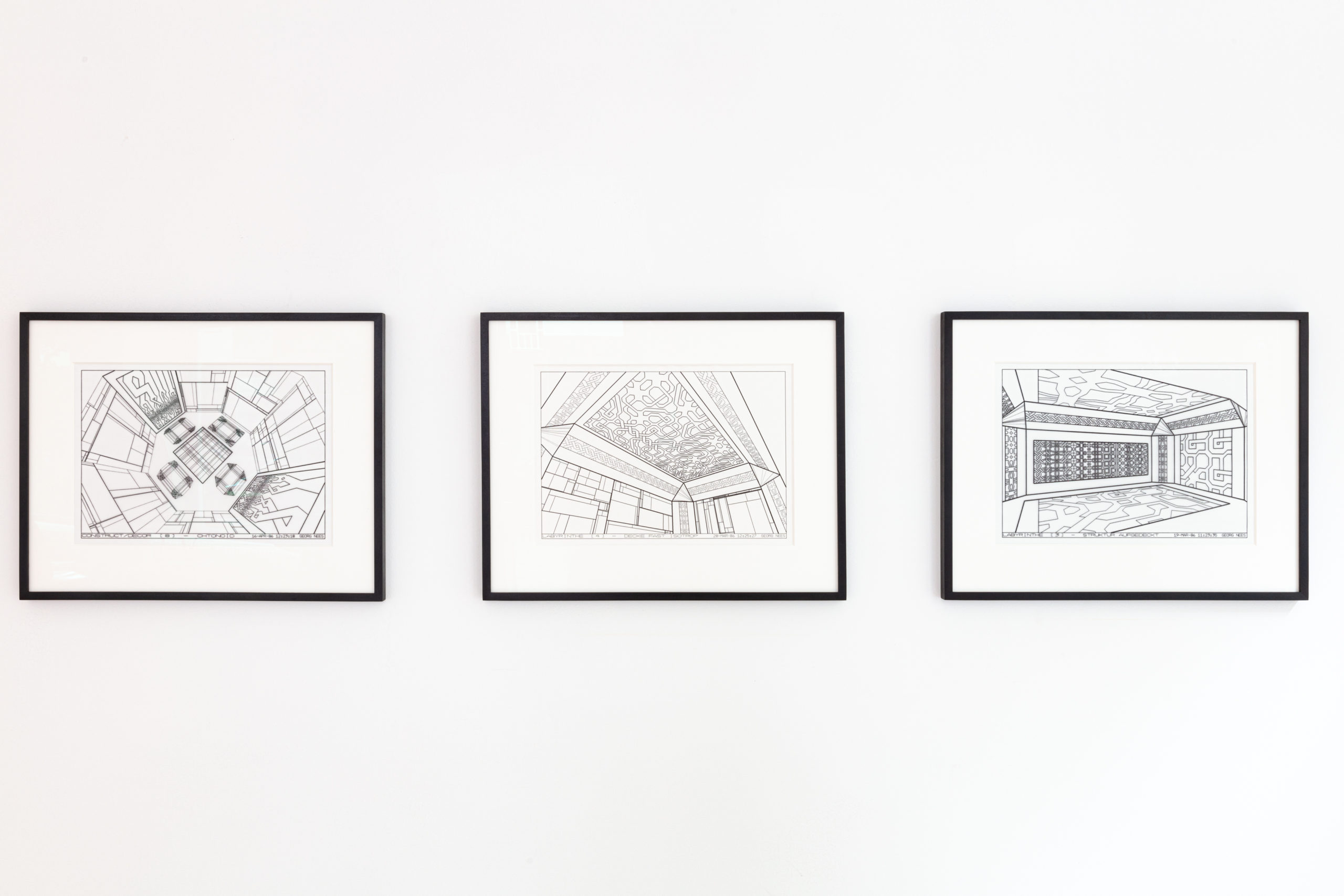 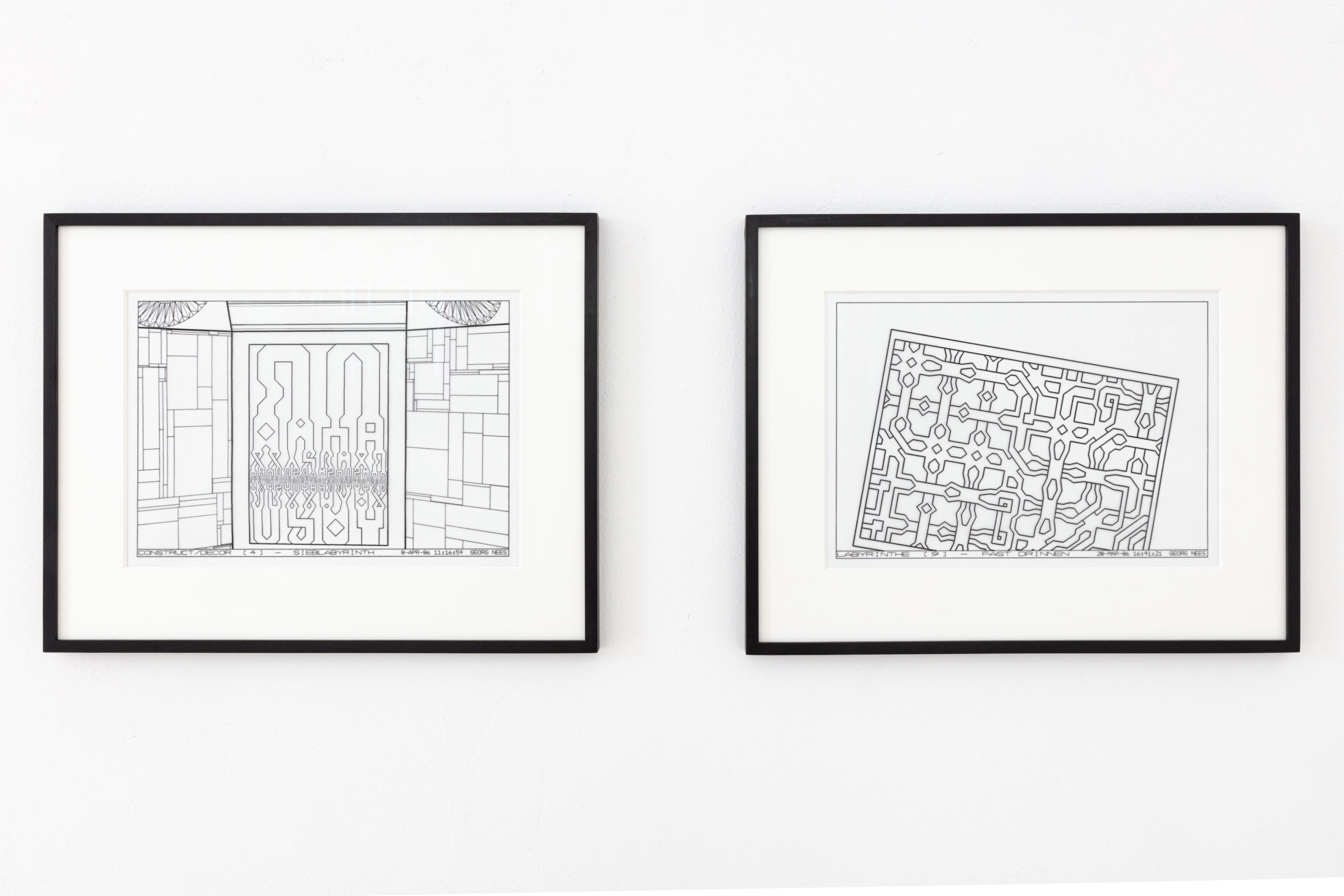 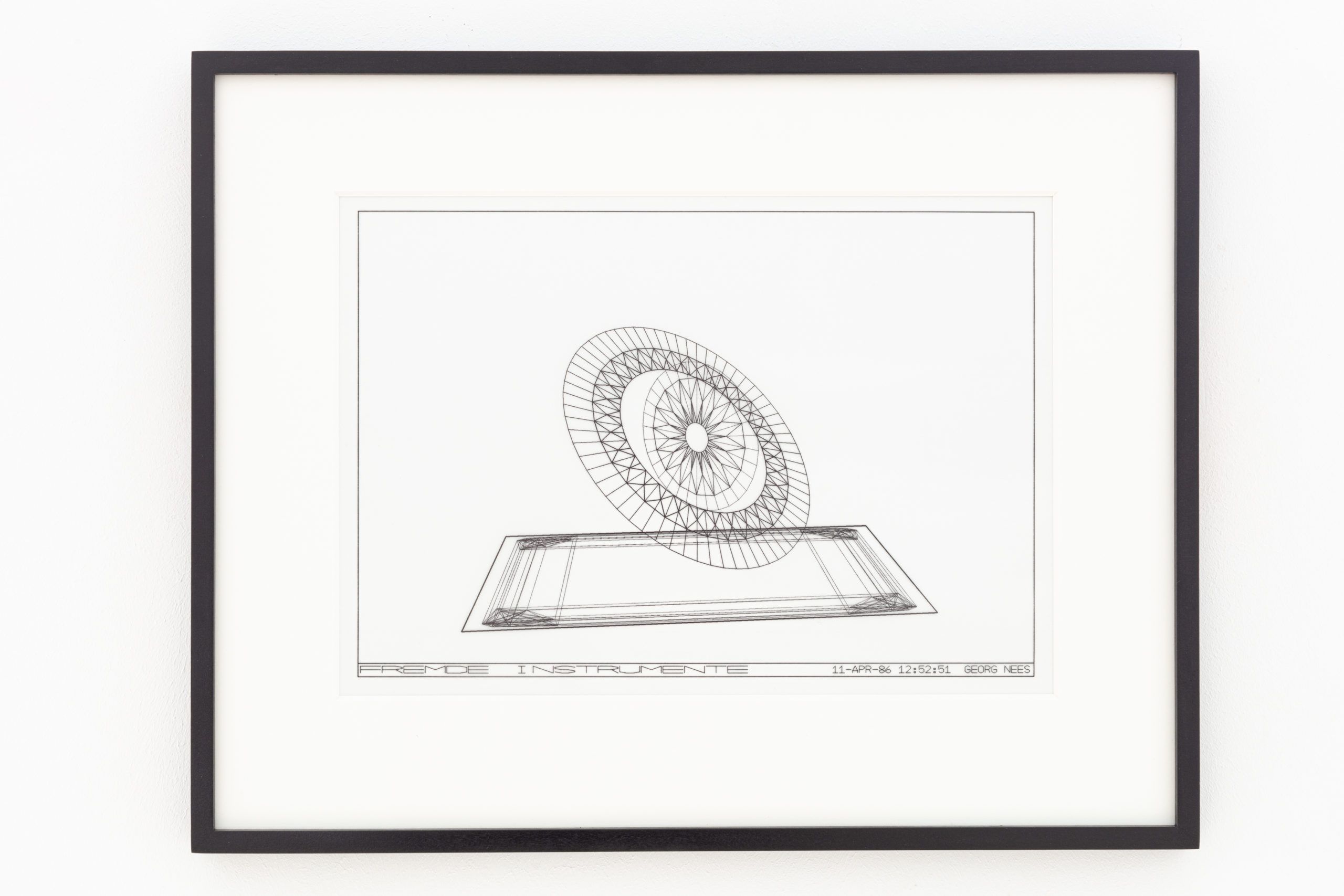 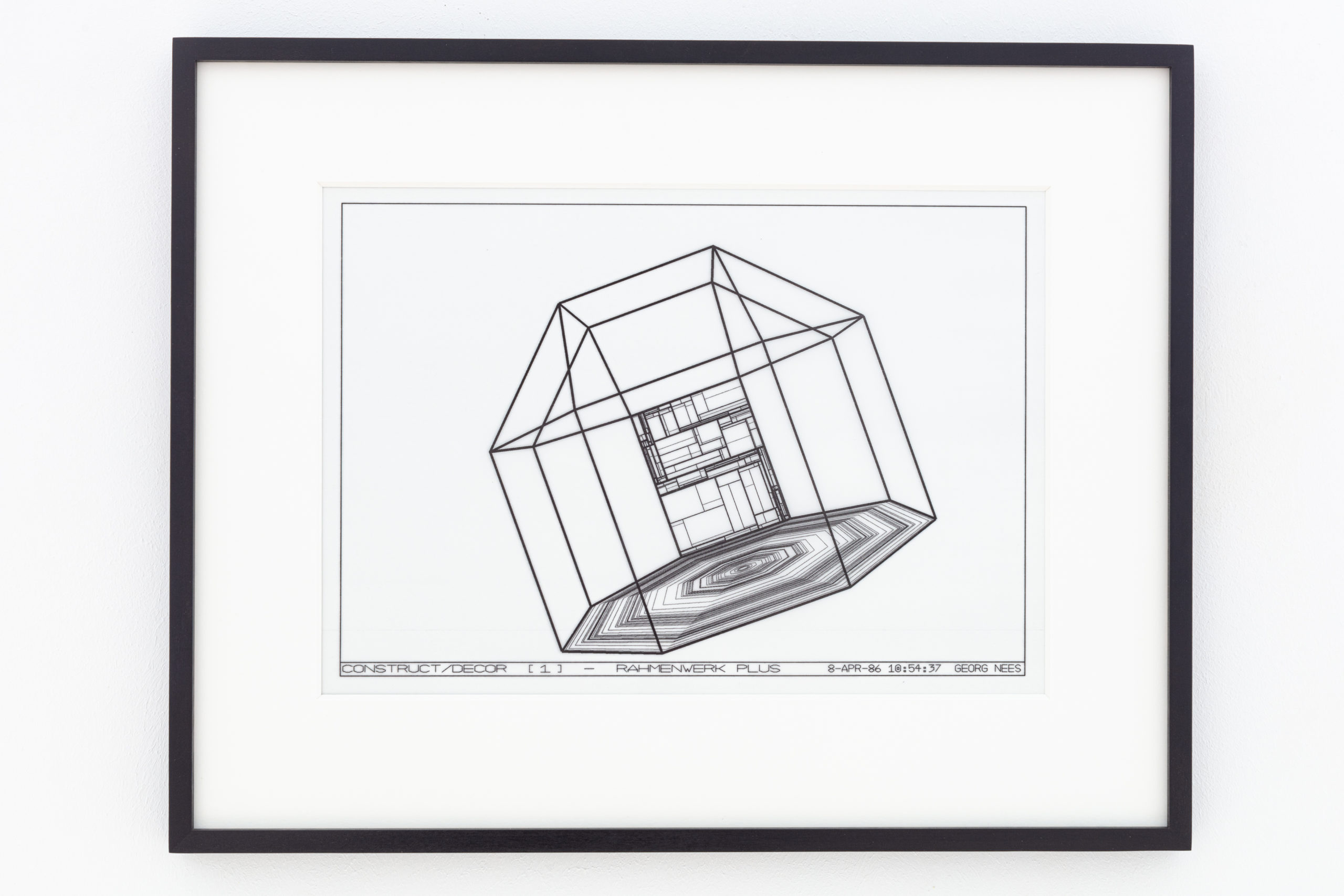 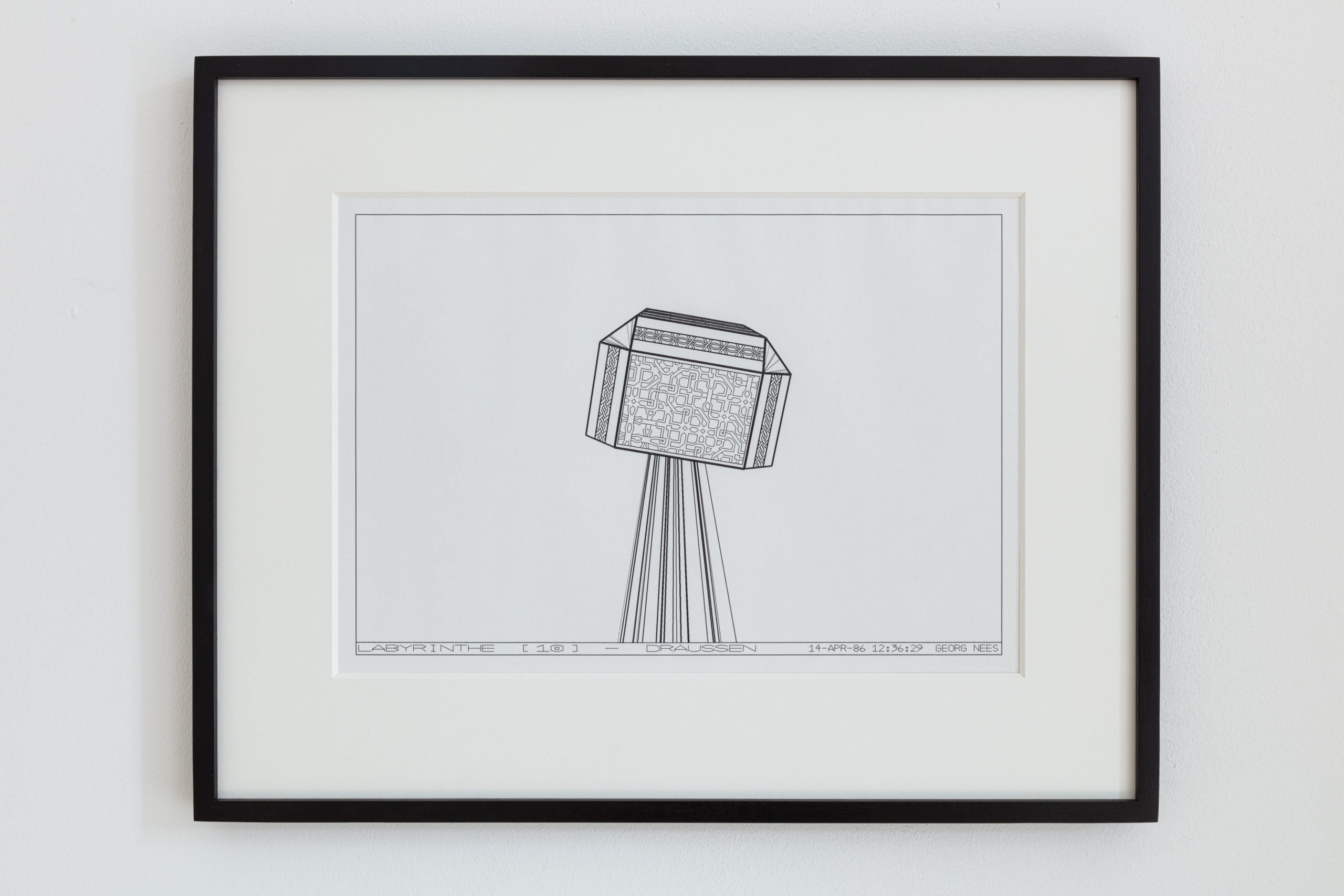 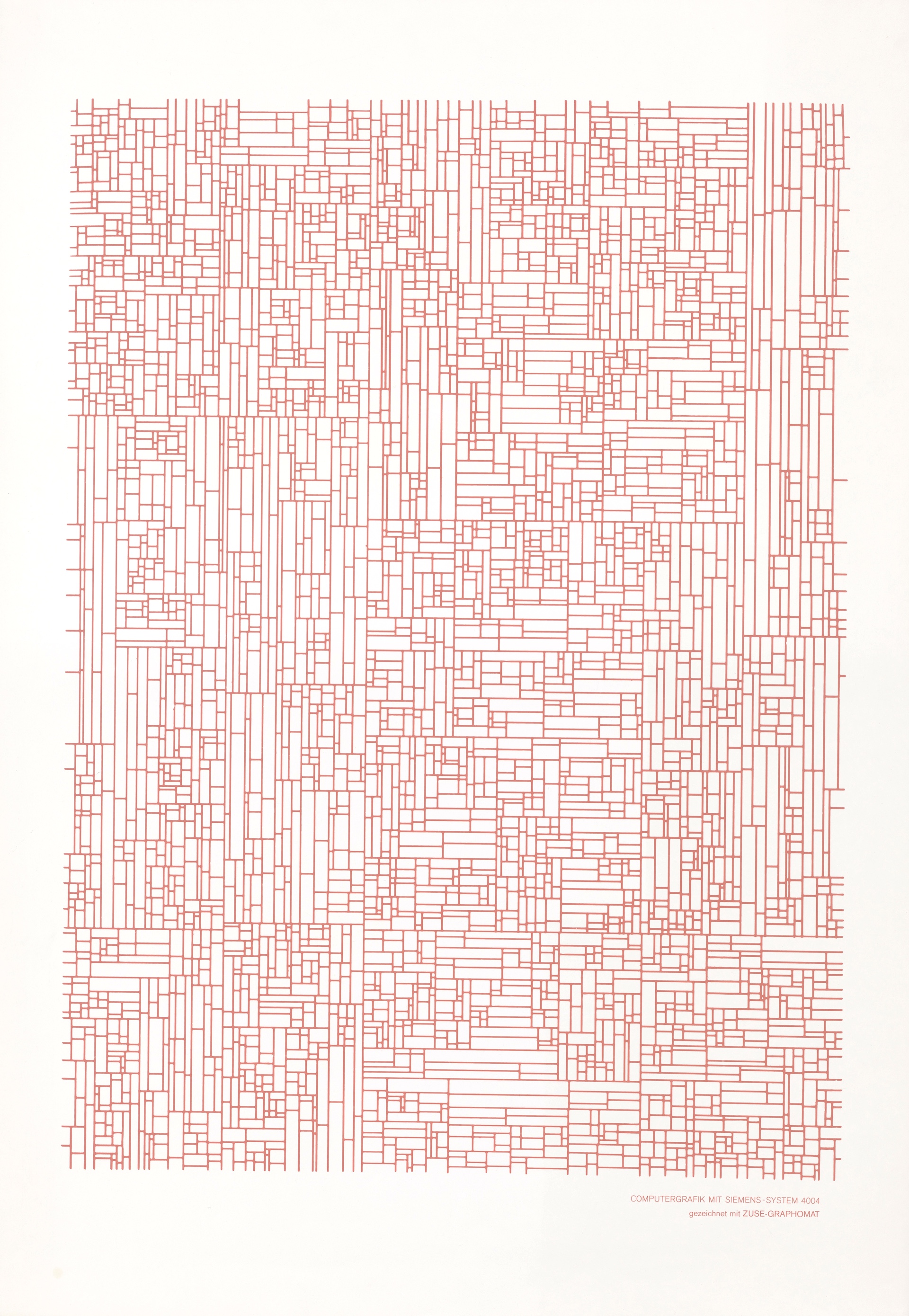 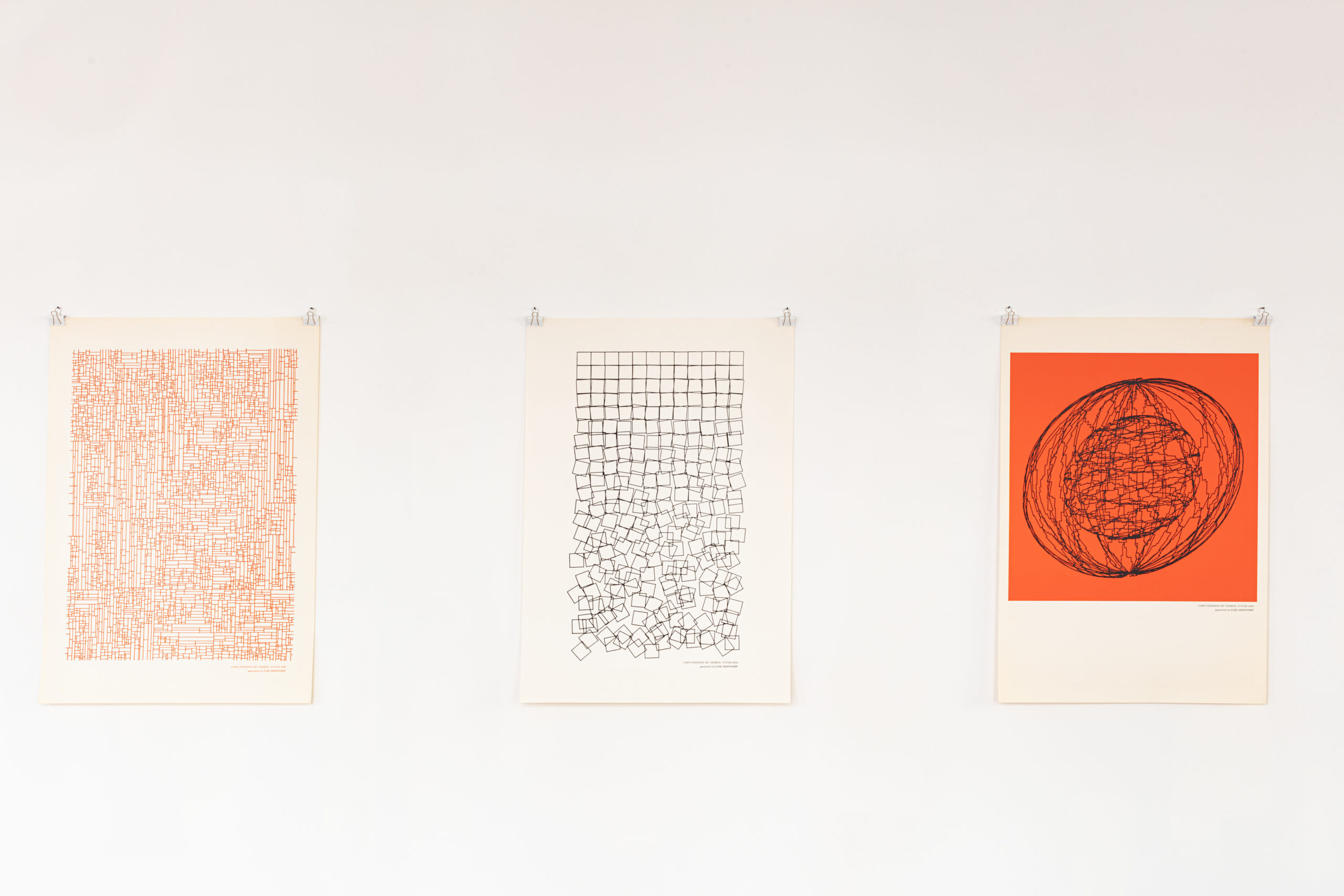 Georg Nees (1926-2016) provided the groundwork for, and facilitated the subsequent explosion of, code-based art with his exhibition Computer Graphics, at the Studiengalerie Technische Hochschule Stuttgart. In 1968, he received his doctorate under Max Bense with a dissertation thesis on Generative Computer Graphics, which at the time was the first doctoral thesis worldwide on this subject. His early work from the 1960s is almost entirely in the collection of the Kunsthalle Bremen.

“Nees was asked by Alex Kempkens in 1985 if he would like to participate in the exhibition Bilder Images Digital, which was planned for October 1986 at the Galerie der Künstler in Munich. He agreed, and created a new series of computer graphics. These graphics occupy a special position in Nees’ oeuvre, since he issued both simple and philosophical, as well as mythical, commands to produce the AI machine. The computer produces different graphics in relation to the questions. He wrote the programs in the Lisp language; a Siemens System 7000 calculated the graphics.” Wikipedia Georg Nees, 8.6.2022

We are now showing a solo exhibition of these works for the first time, supplemented with early screenprints.