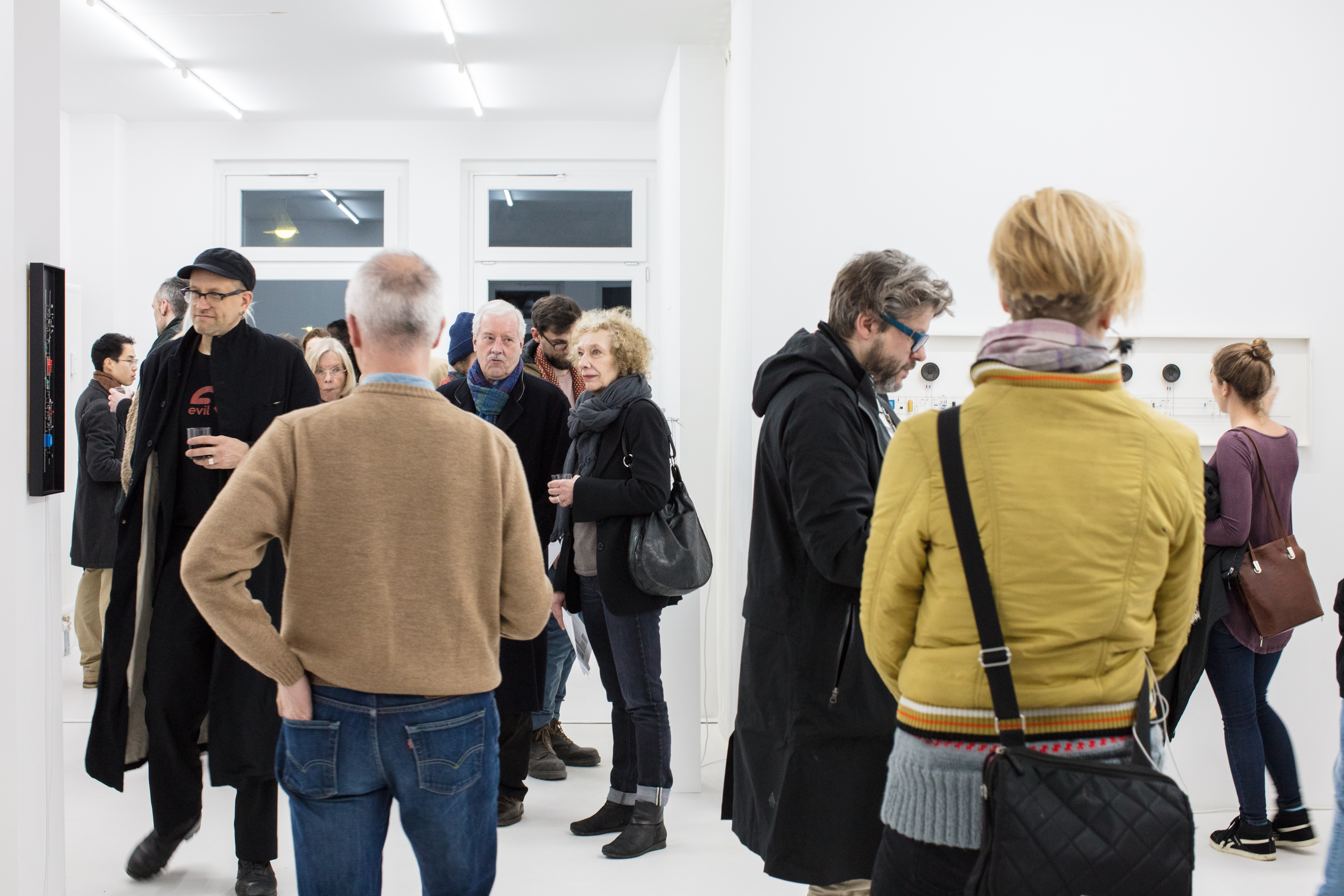 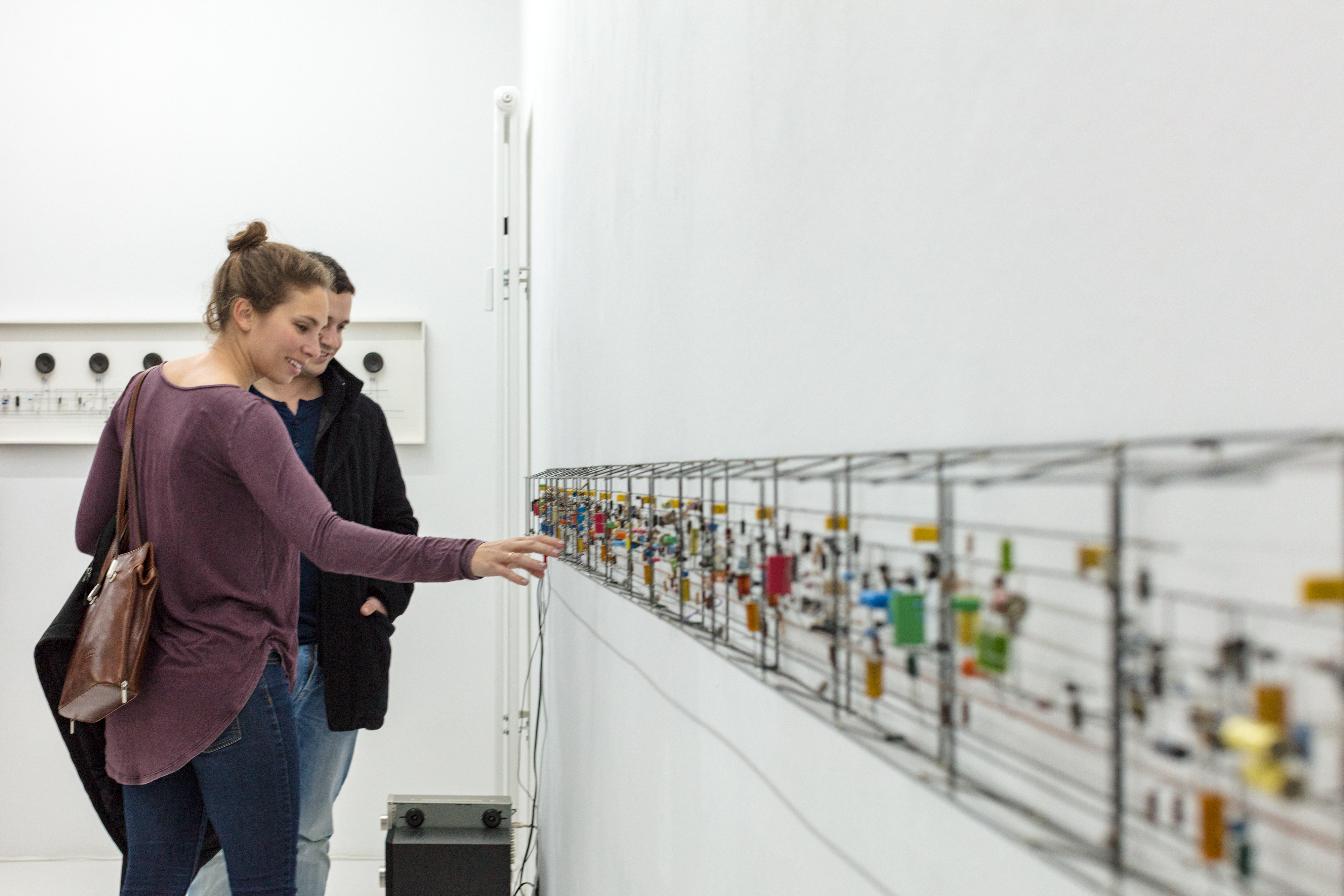 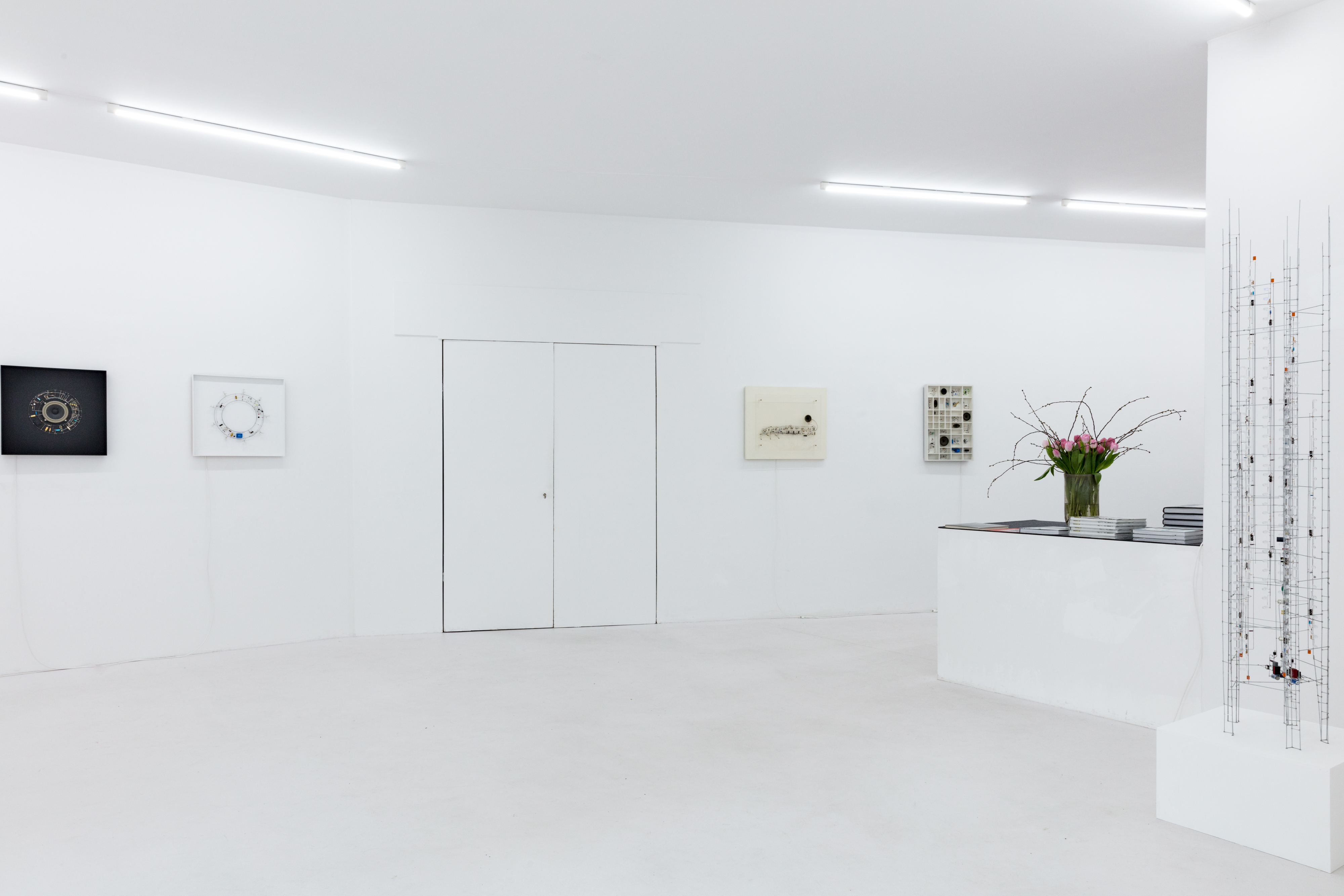 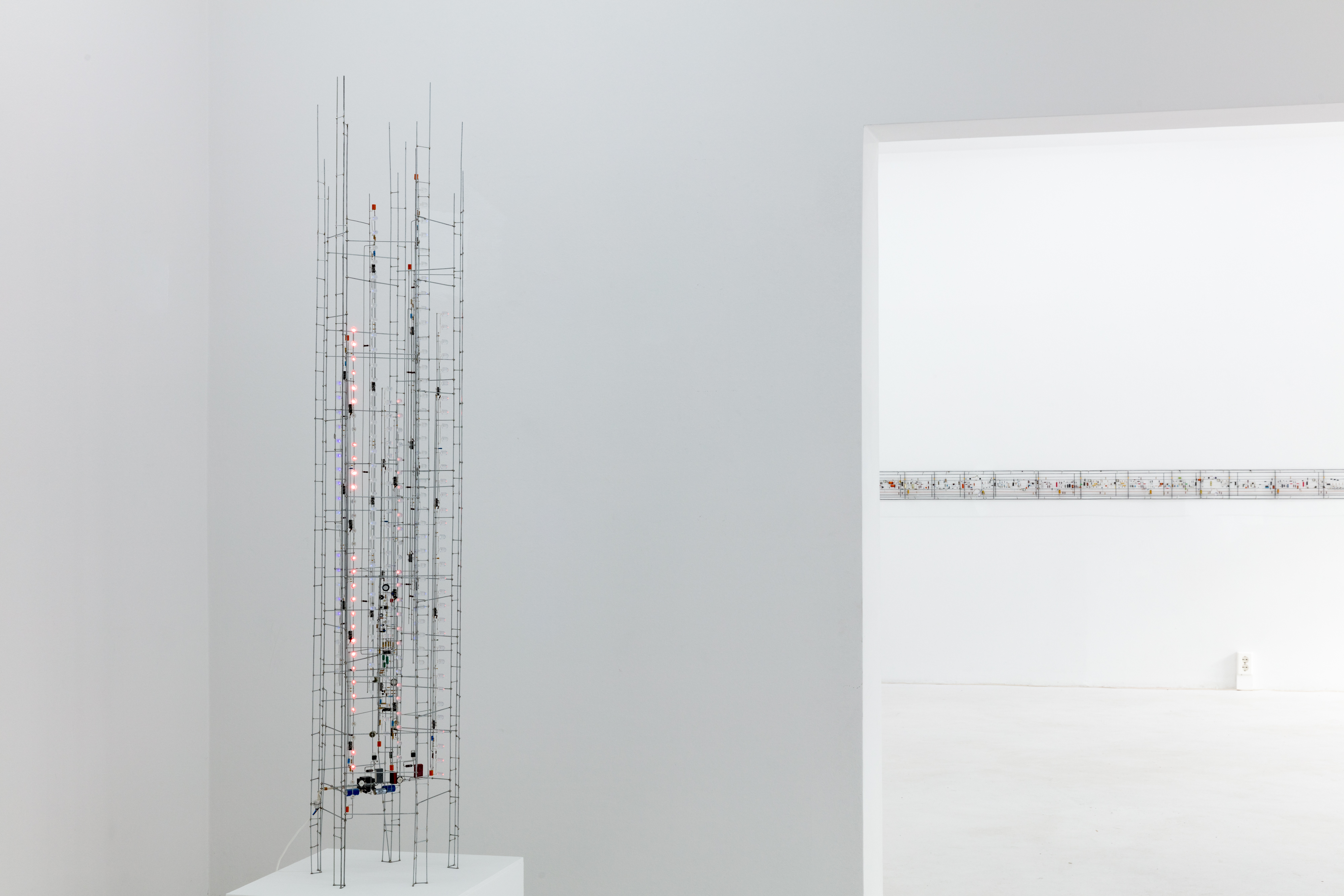 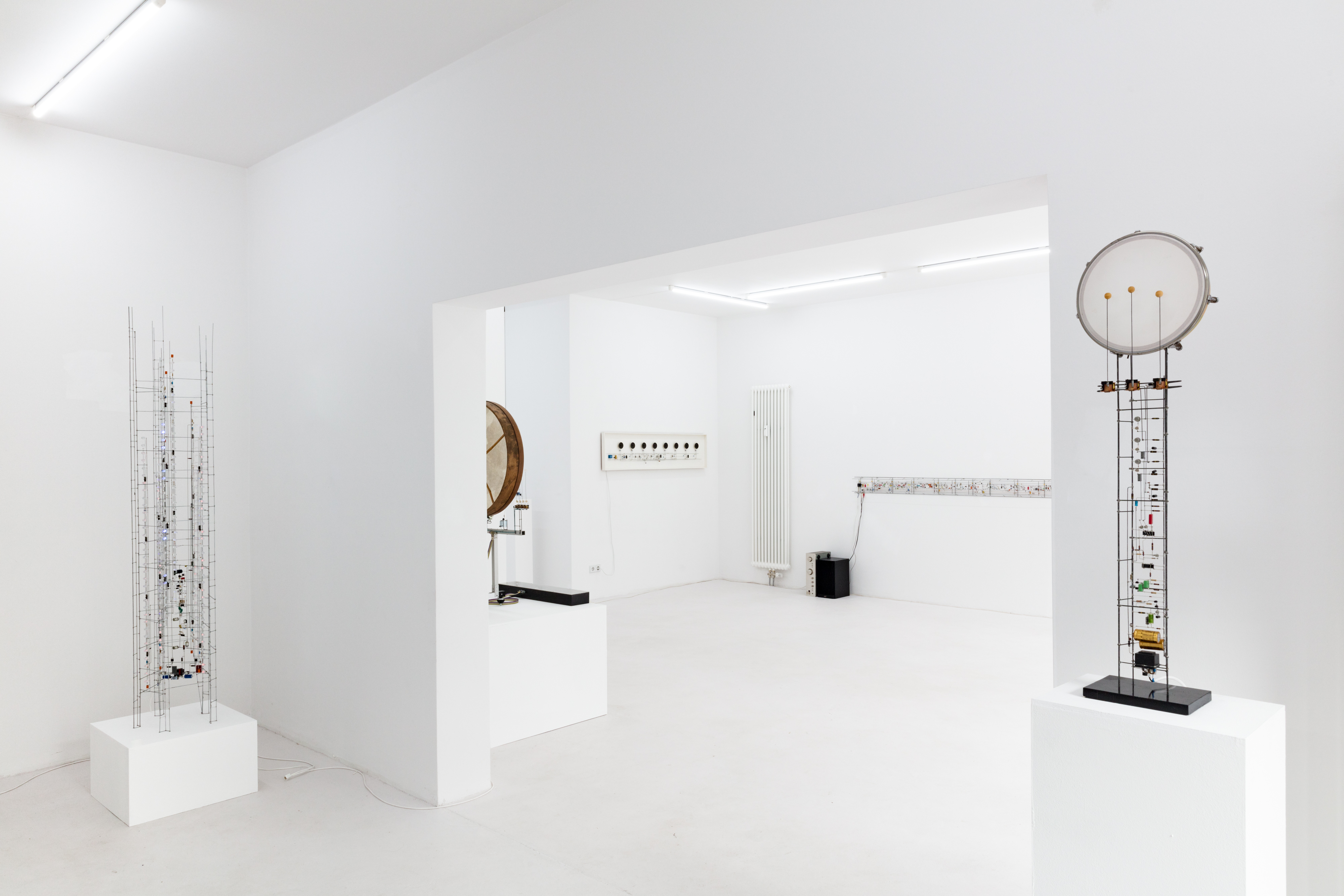 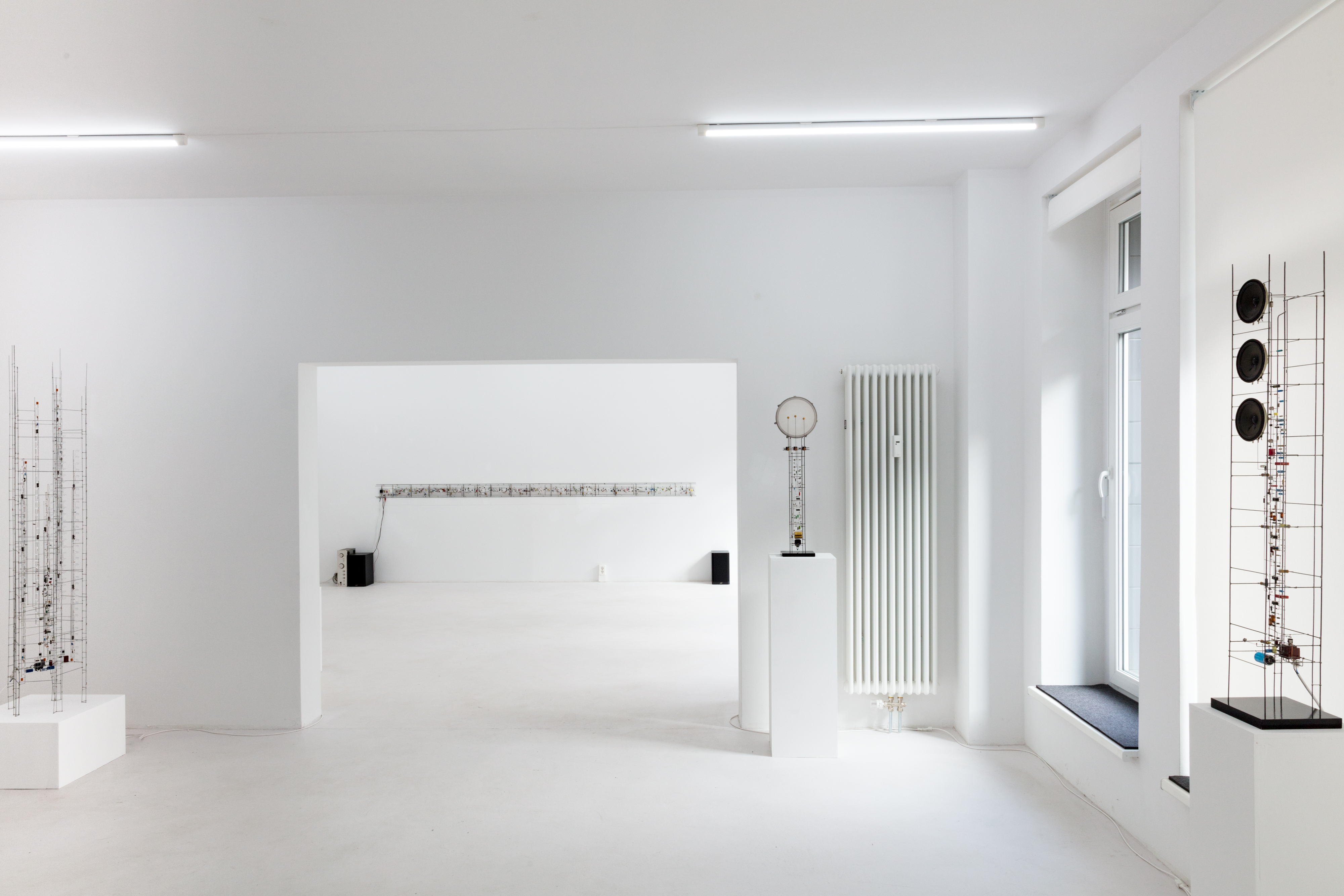 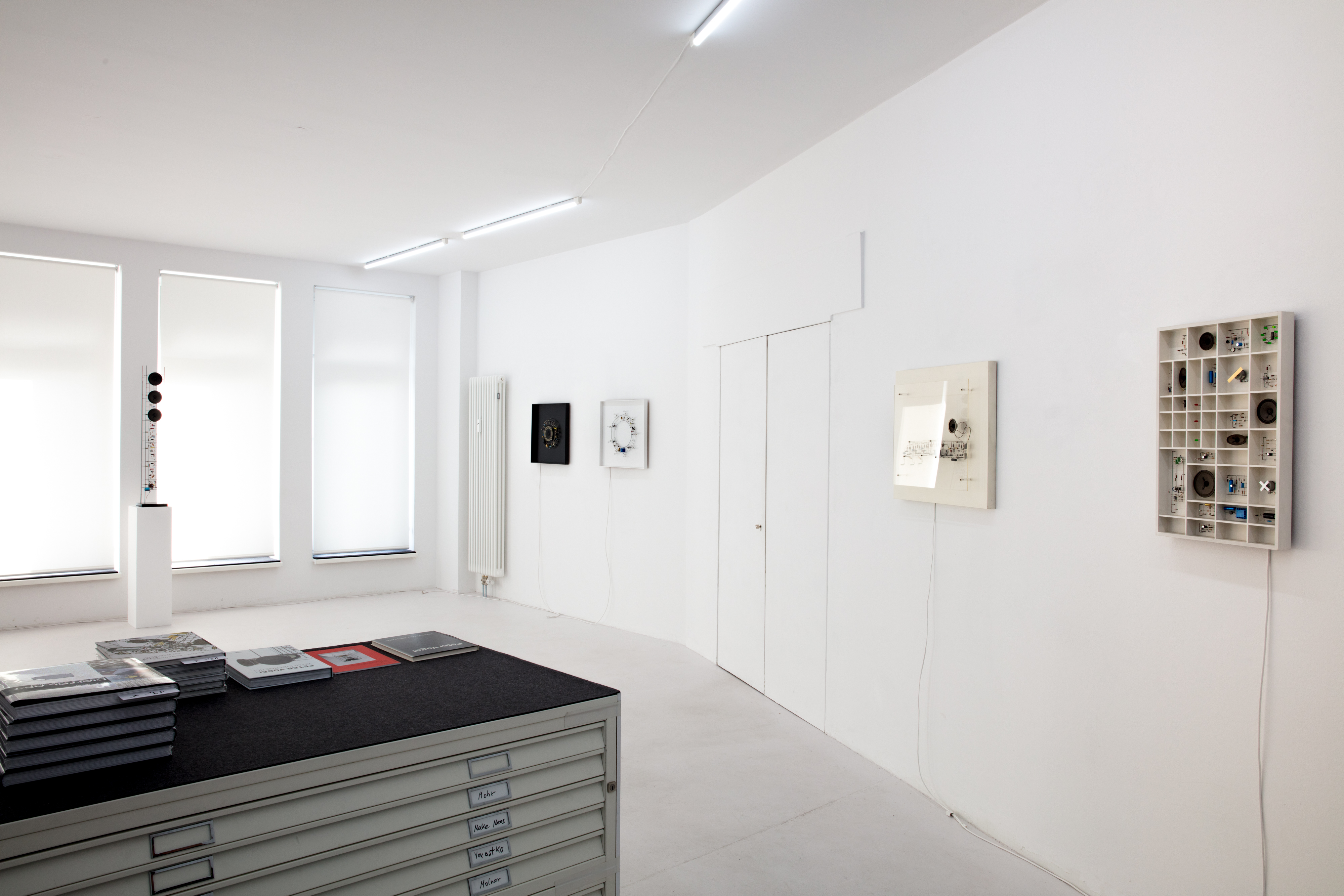 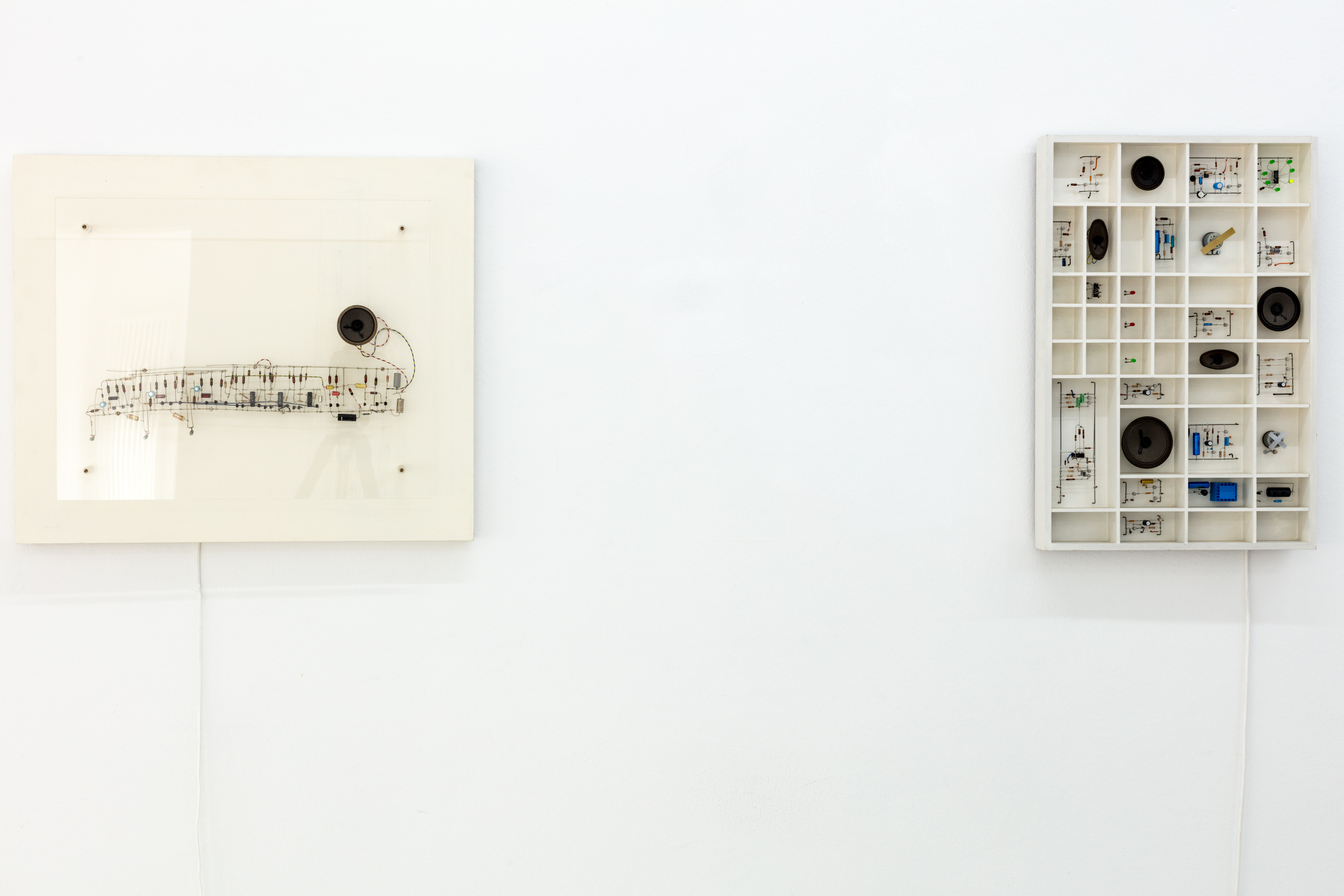 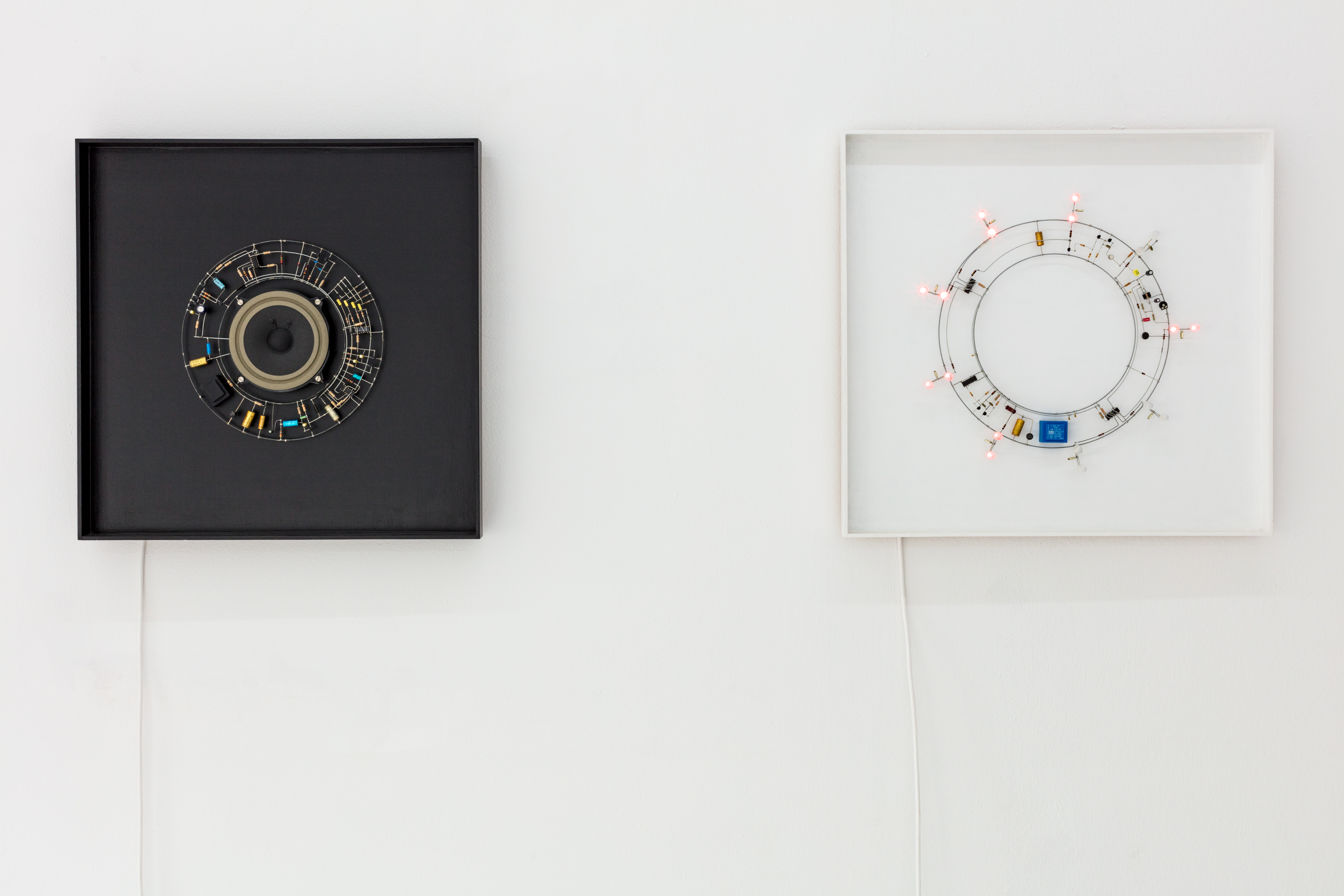 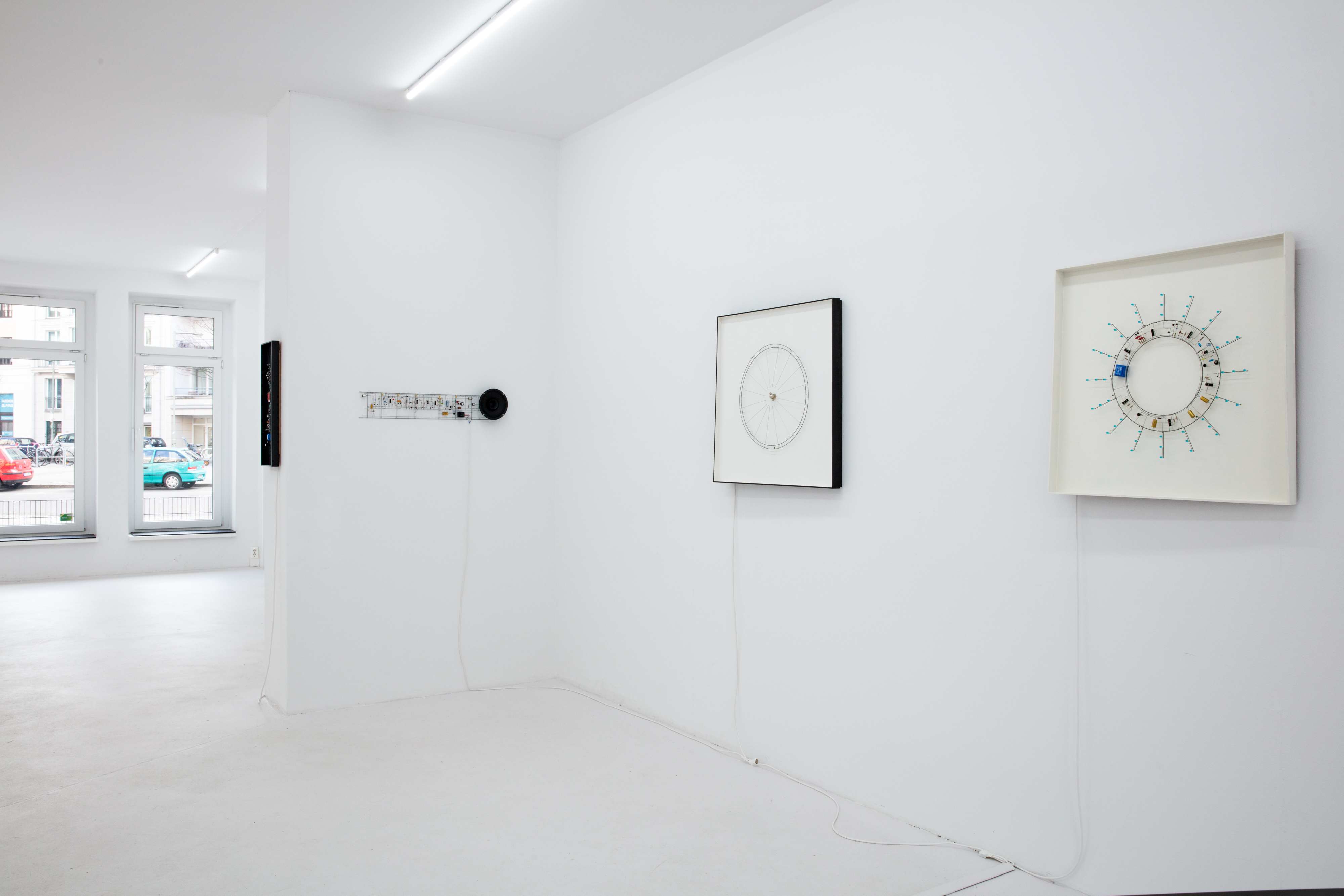 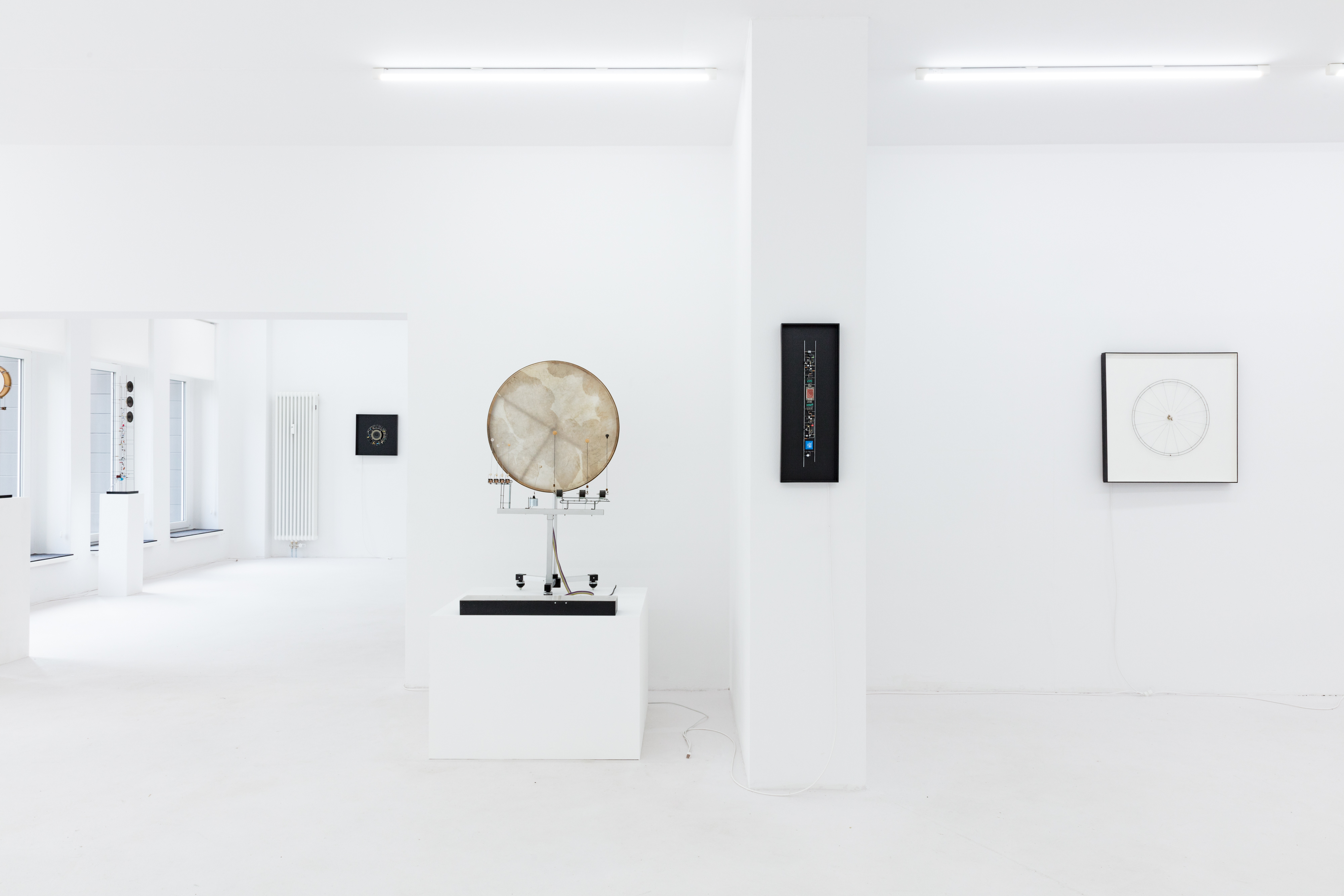 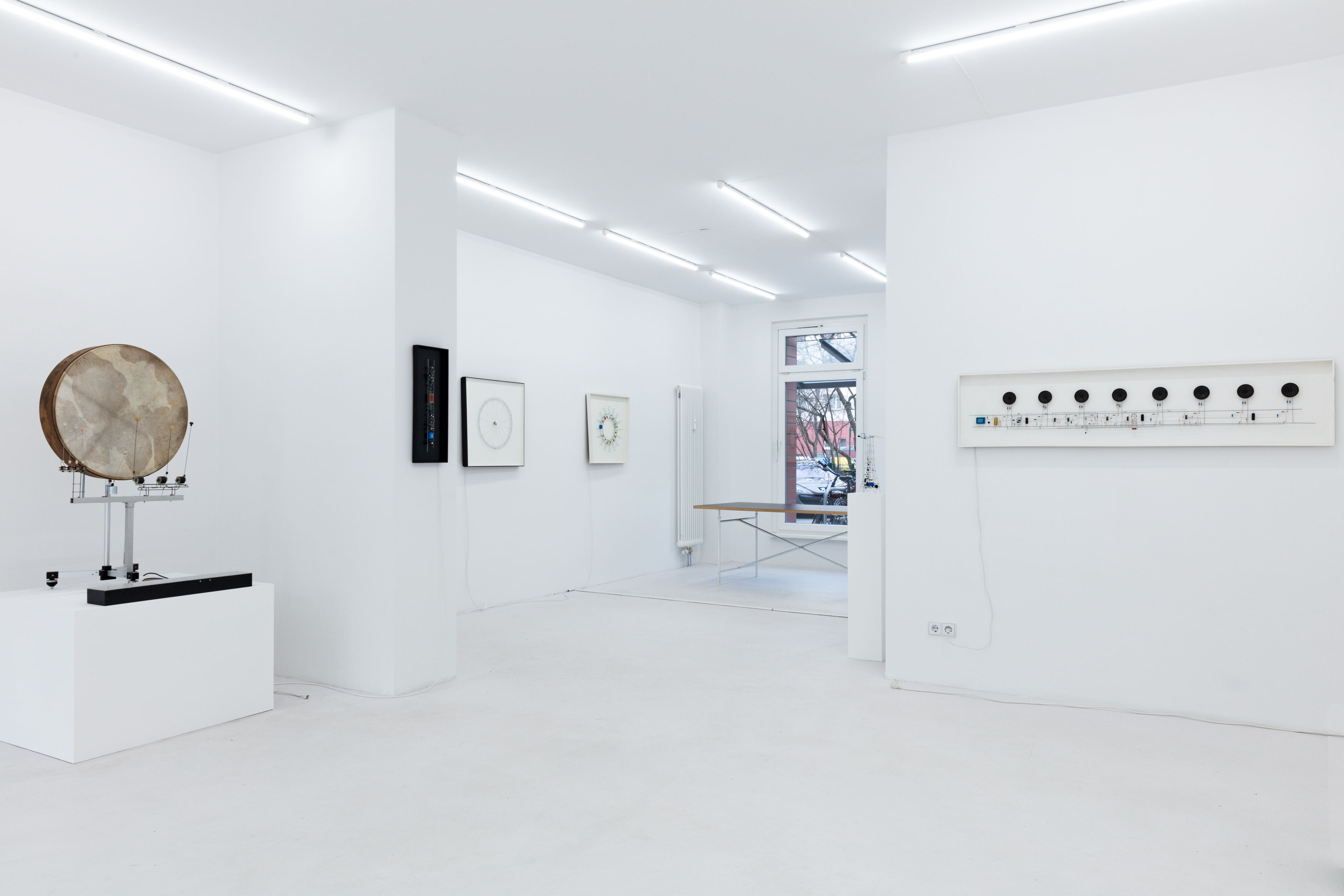 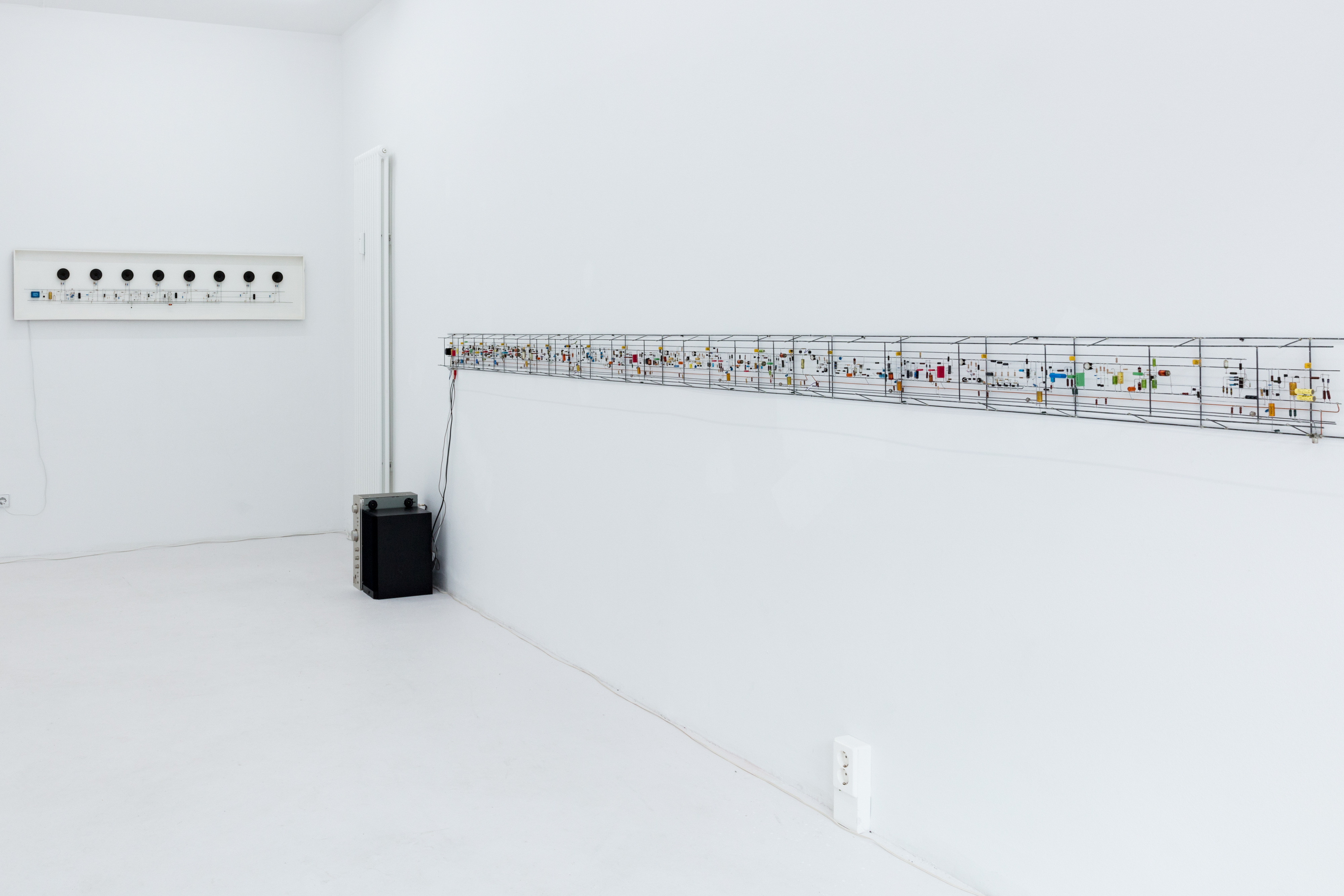 For the first time at the DAM Gallery Berlin: A solo exhibition of the artist Peter Vogel.

The transience of earthly things and everything mortal, especially in western poetry and fne arts is referred to as „Vanitas“. Time has always fascinated man. Therefore, it is not surprising that artists have tried to capture transience in many diferent ways as through painting extinguished candles or depicting fowers as despite and besides their beauty there is still their inability of escaping the fate of fading. There are a whole variety of symbols meaning Vanitas and among the ones already mentioned above, interestingly, fne art includes the echo and the shadow. As early as the sixties, Peter Vogel tried to depict time and time sequences in his work. He created paintings with dynamic lines which actually were dance notations – movements captured through a system similar to musical notation. For trained eyes, these paintings show choreologies, sequences of motion with a clear beginning and ending. But Peter Vogel quickly realised that this wasn’t the most understandable way to depict the presence of the fourth dimension, time. The next step were his “sound objects”, “sound walls” and “shadow orchestras”, which have become characteristic of his work today. His creations are difcult to categorize, they constantly move between physics and philosophy, between performance, cybernetics and object art. Although the sometimes motionless, technical skeletons demand a counterpart, a human shadow or sound, they do function without any human interaction, solely through their aesthetics and beauty. But only the interaction with the viewer really shows what they are made of: The objects react to shadow games and sounds with echo-like, repetitive noise structures, fashing lights and spinning propellers, revealing their only hidden component: time. Peter Vogel’s objects play with all aspects of transience and may show just the opposite. He himself said that he understands his works with all their circuits and light cells, as materialized scores, which can only be completed by their counterpart, over and over again.