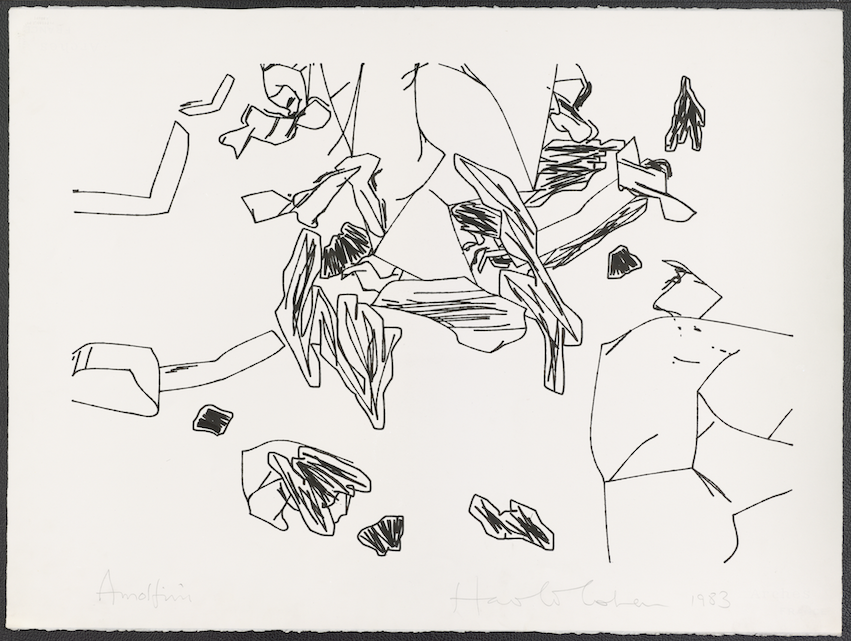 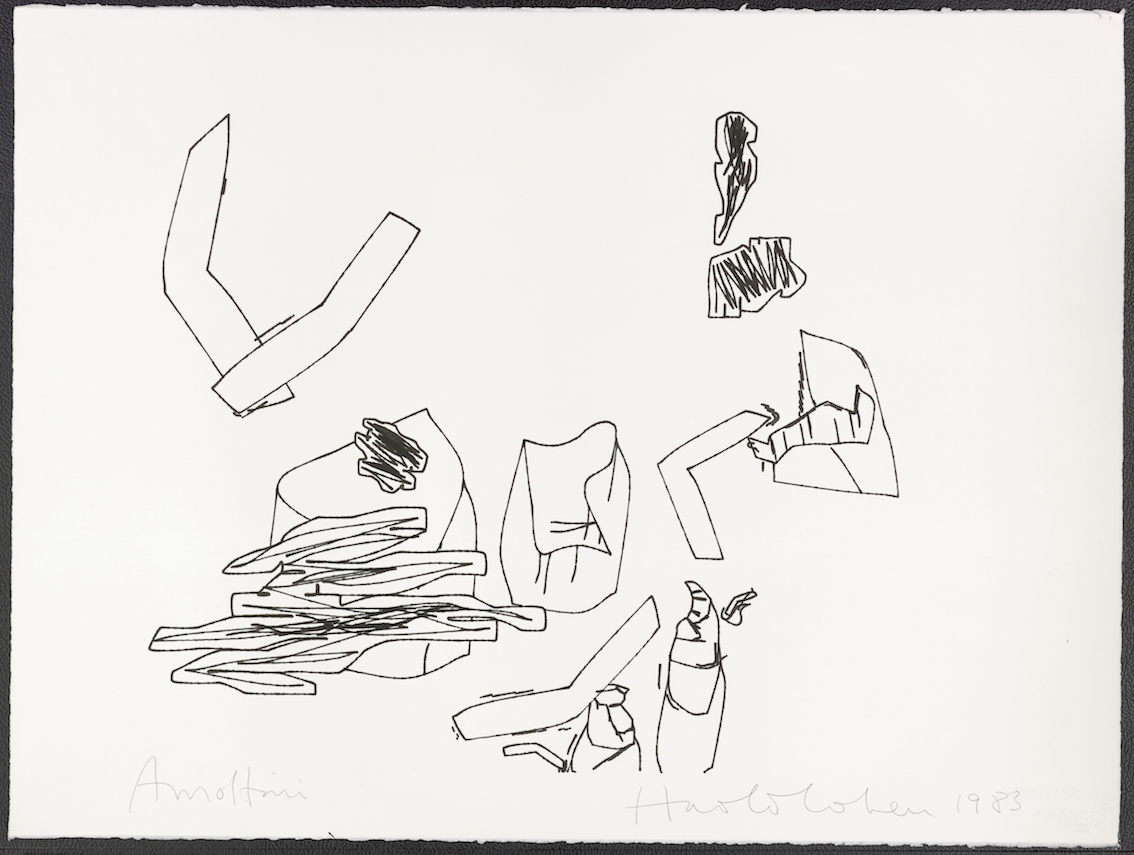 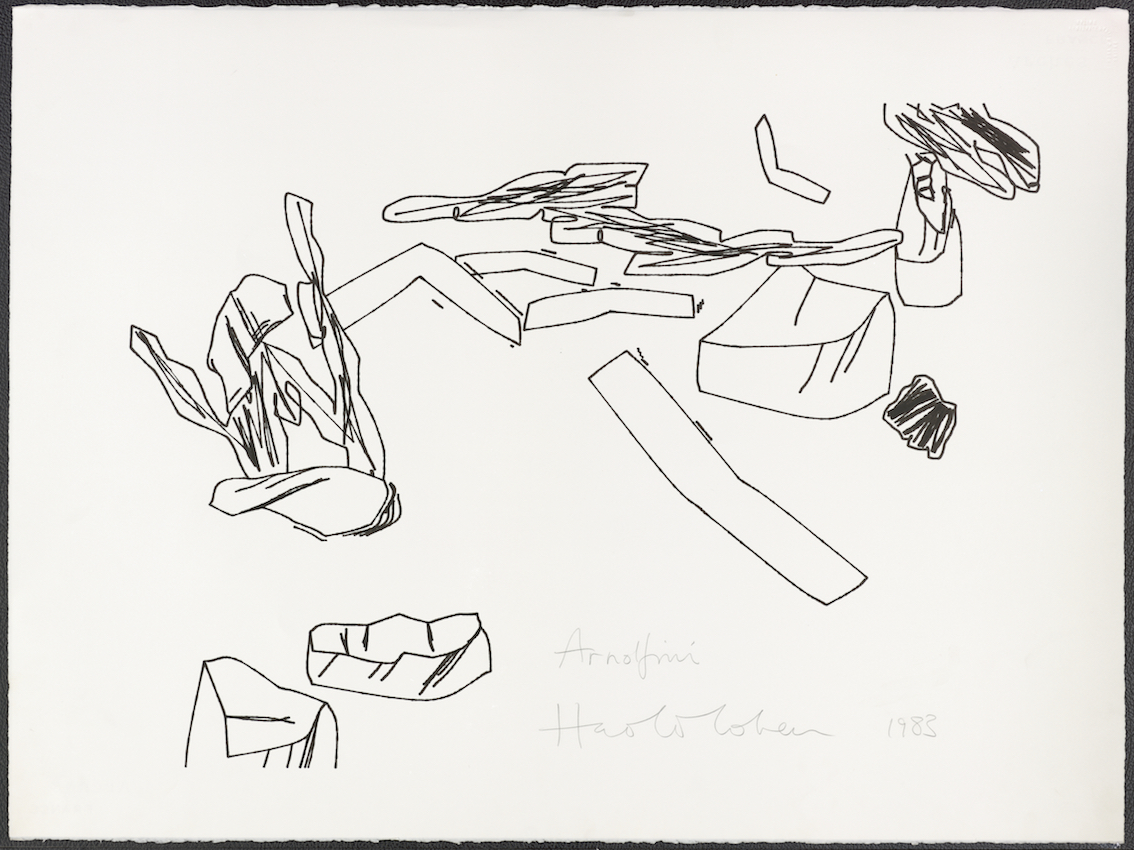 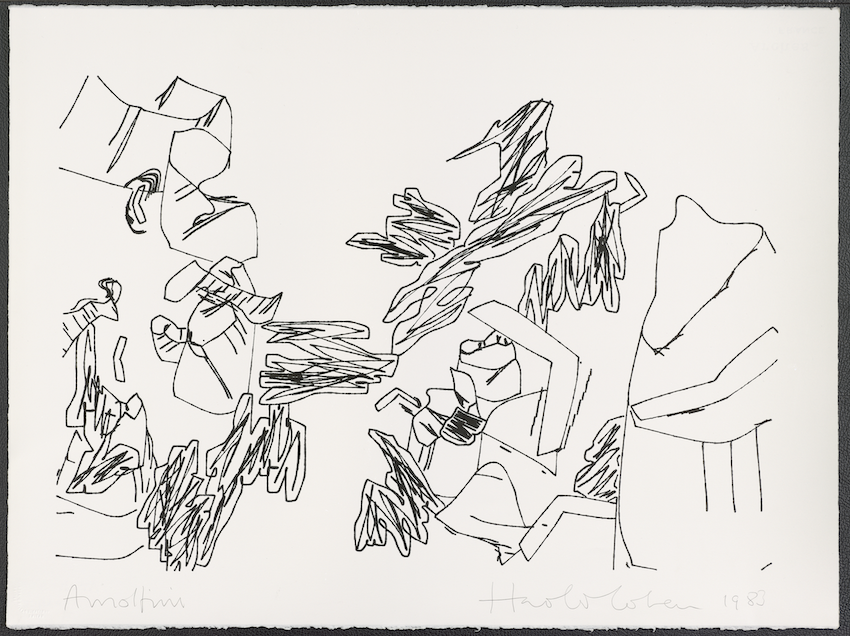 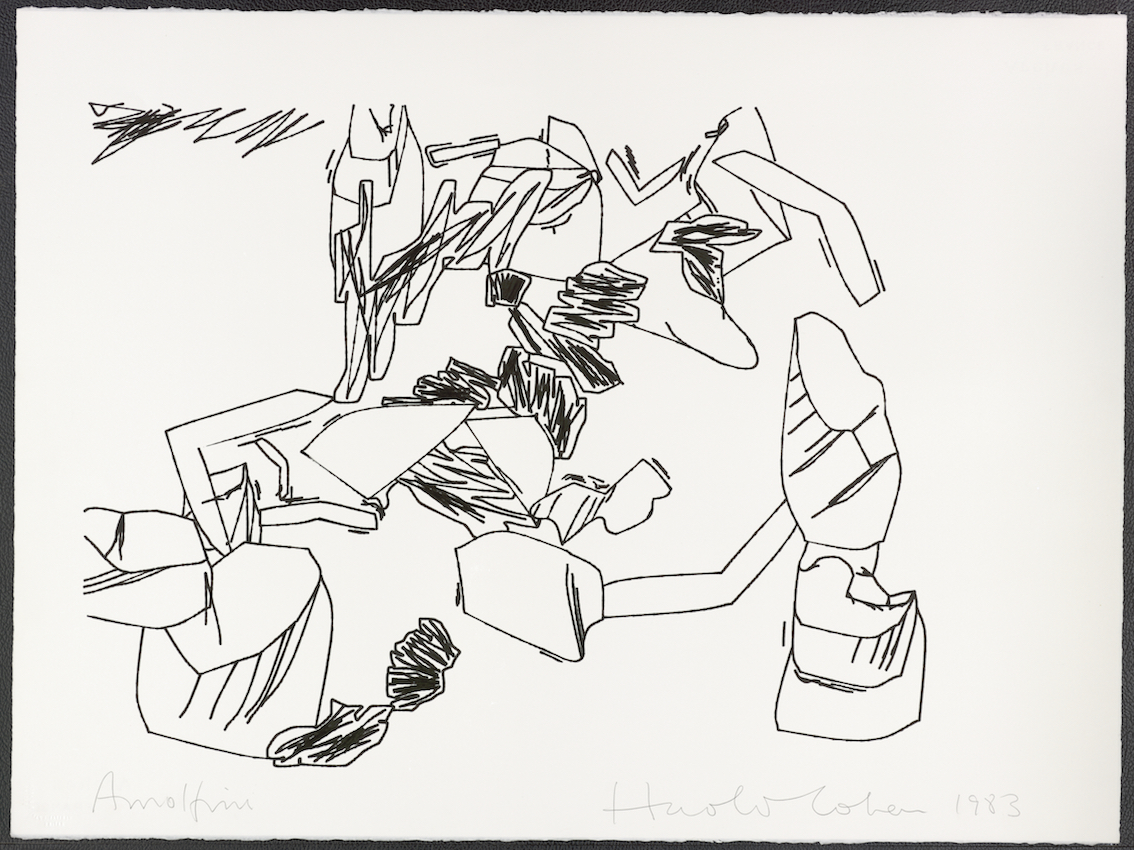 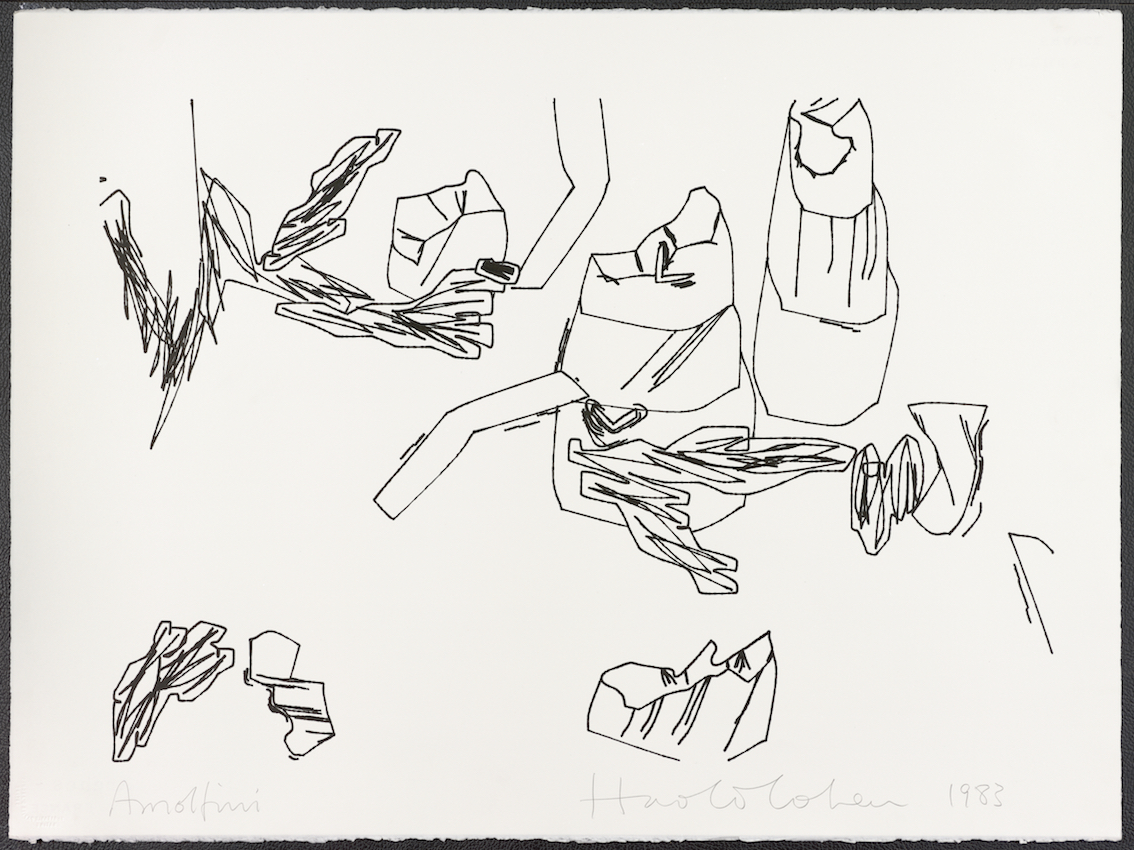 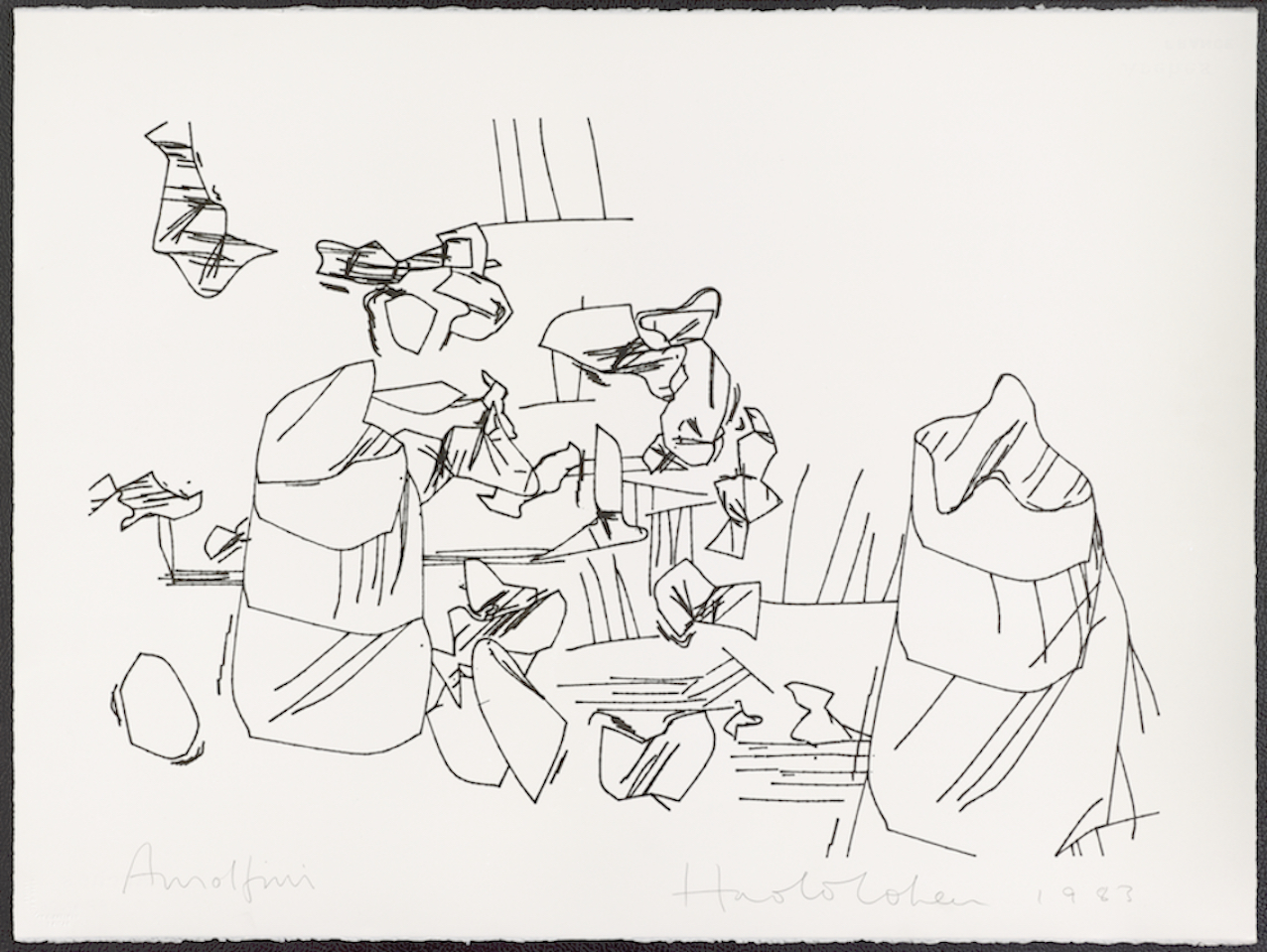 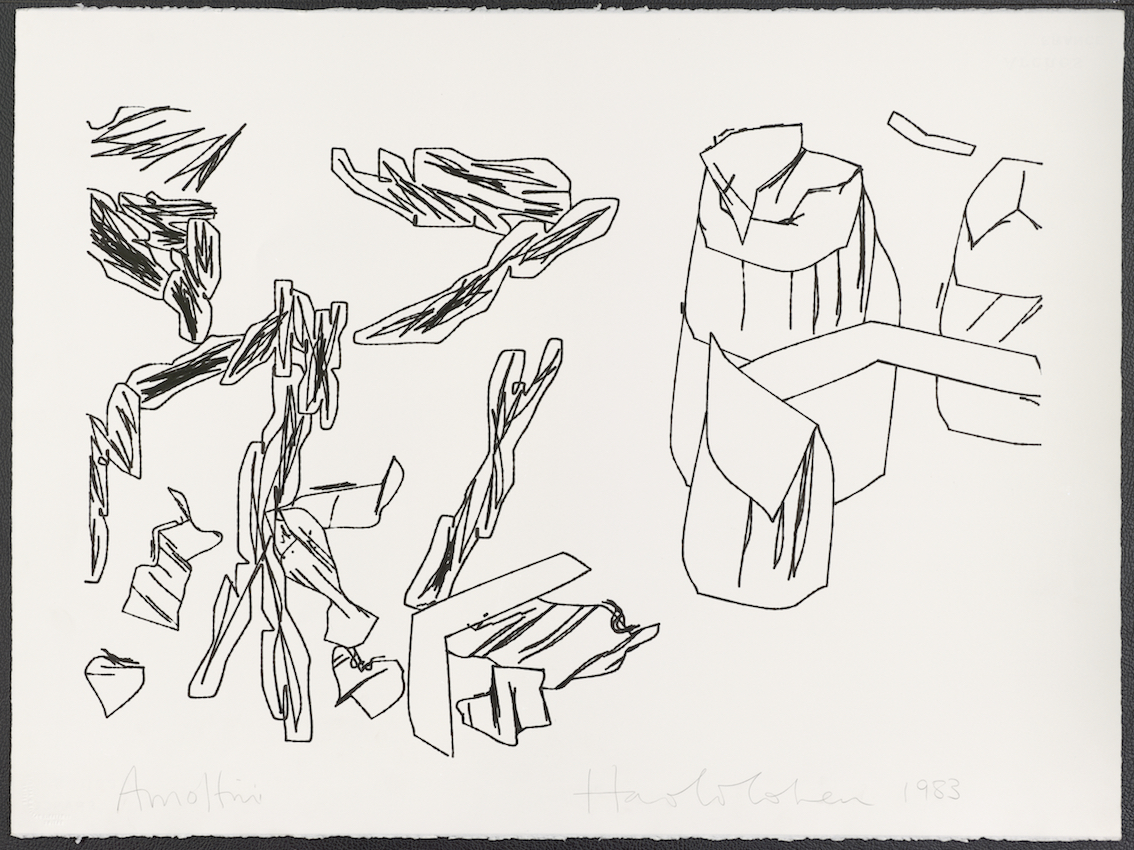 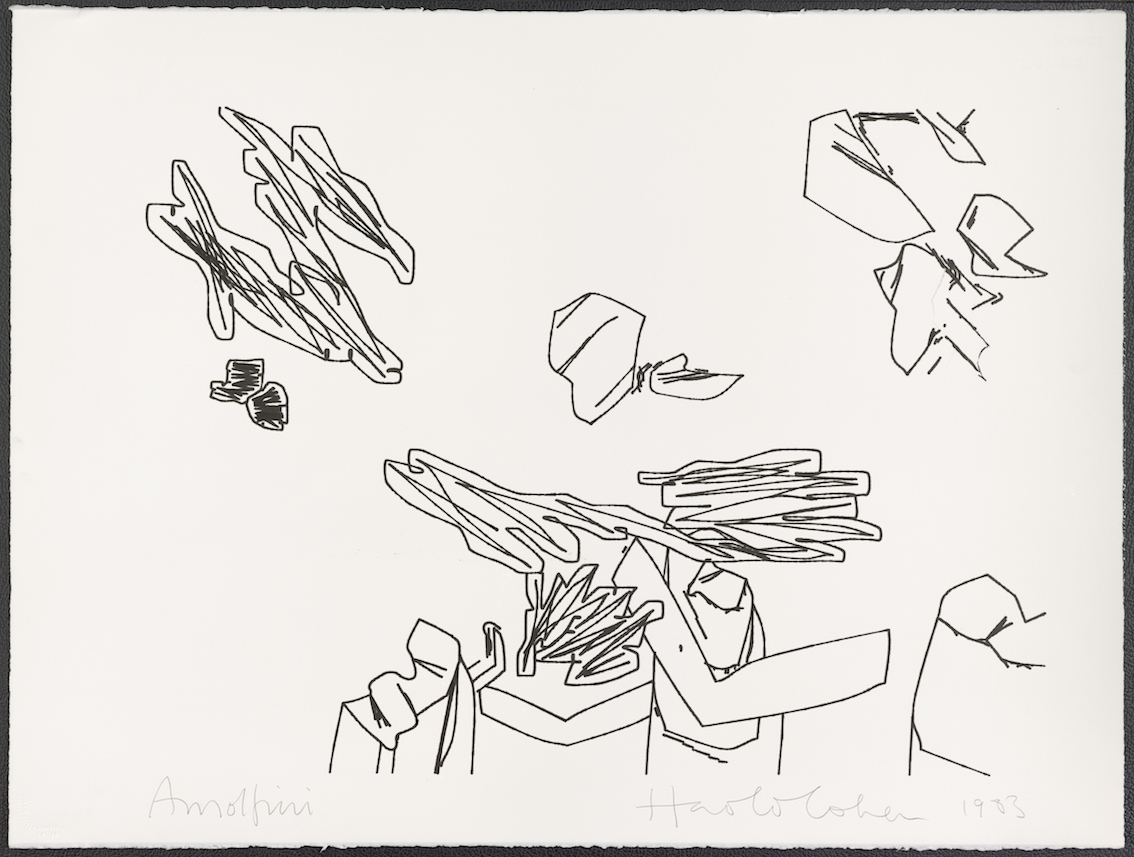 We are happy to invite you to the first solo presentation in Germany of the artist Harold Cohen (1928 – 2016): Aaron

Harold Cohen (1928-2016) was an internationally established painter, when he began at the end of the 1960s to explore creative possibilities using computers. This was triggered by his move from London to California caused by accepting a teaching position at the University of California, San Diego. In 1973, he began developing a system called AARON that, based on formal rules, autonomously generated drawings and paintings of increasing complexity over almost four decades. Though it was praised by “Artificial Intelligence” research, Cohen abandoned the system when he felt it had lead him into a dead-end. He returned to algorithms when he observed that his painting machine was attracting people’s attention more than his works. They had meanwhile become human portraits. – Cohen’s concept was distinctly different from those of his contemporaries like Frieder Nake, Manfred Mohr, or Vera Molnar. His position in the world of computed images was unique; an exceptional rock. Already before his turn to the computer, his work had been represented at documenta 2 and 33rd Biennale Venice. In 1977, he returned to documenta where he displayed his drawing machine in action. He was represented at exhibitions around the world in many important museums and galleries like Tate, London or San Francisco MoMA.

Cohen’s programmed drawings evolved from archaic abstractions, inspired by petroglyphs of the Mojave Dessert, to figurative images of humans. The series exhibited in the show was done for an exhibition 1983 at the Arnolfini in Bristol, UK.

“At that point the business of drawing closed forms was linked also with the notion of trying to find how the human hand did it. And right from the beginnig, the program’s drawing mode was meant as a kind of dynamic model of freehand drawing, so that everything was run in feedback mode. There were no spline curves, no preplanning of any of the lines it drew. Aaron would always start off with a full understanding of the things it needed: it not only knew where it was and where it wanted go go, but also knew the direction it was facing at the start and the direction it wanted to be facing when it got to the end, and it would figure out a path on the basis of matching its current condition with some kind of end condition. That feedback has always been a fundamentally important part of the program.” (Harold Cohen, as quoted in Pamela McCorduck’s book “Aaron’s Code. Meta-Art, Artificial Intelligence, and the Work of Harold Cohen“, 1991, p. 65.)