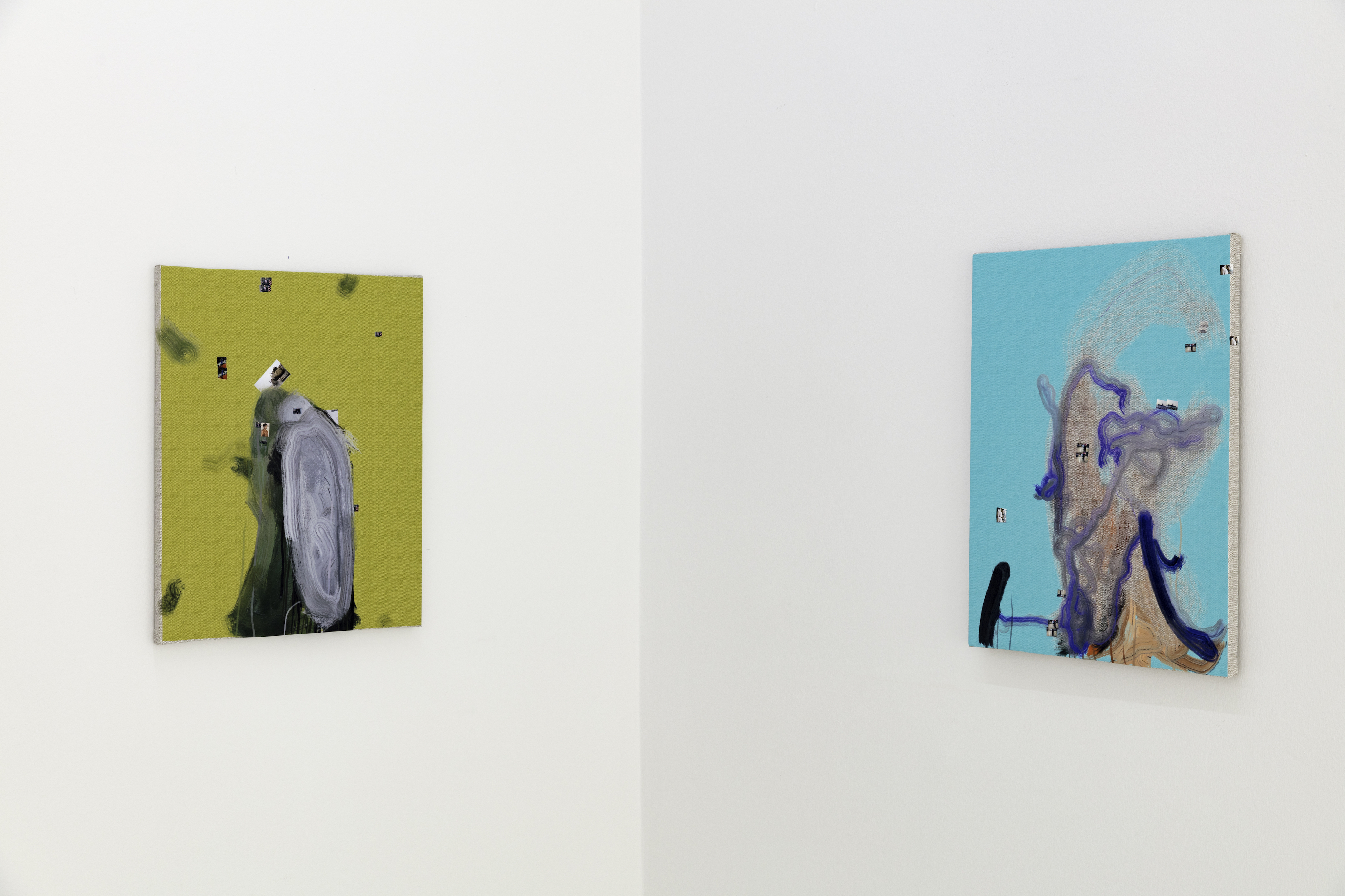 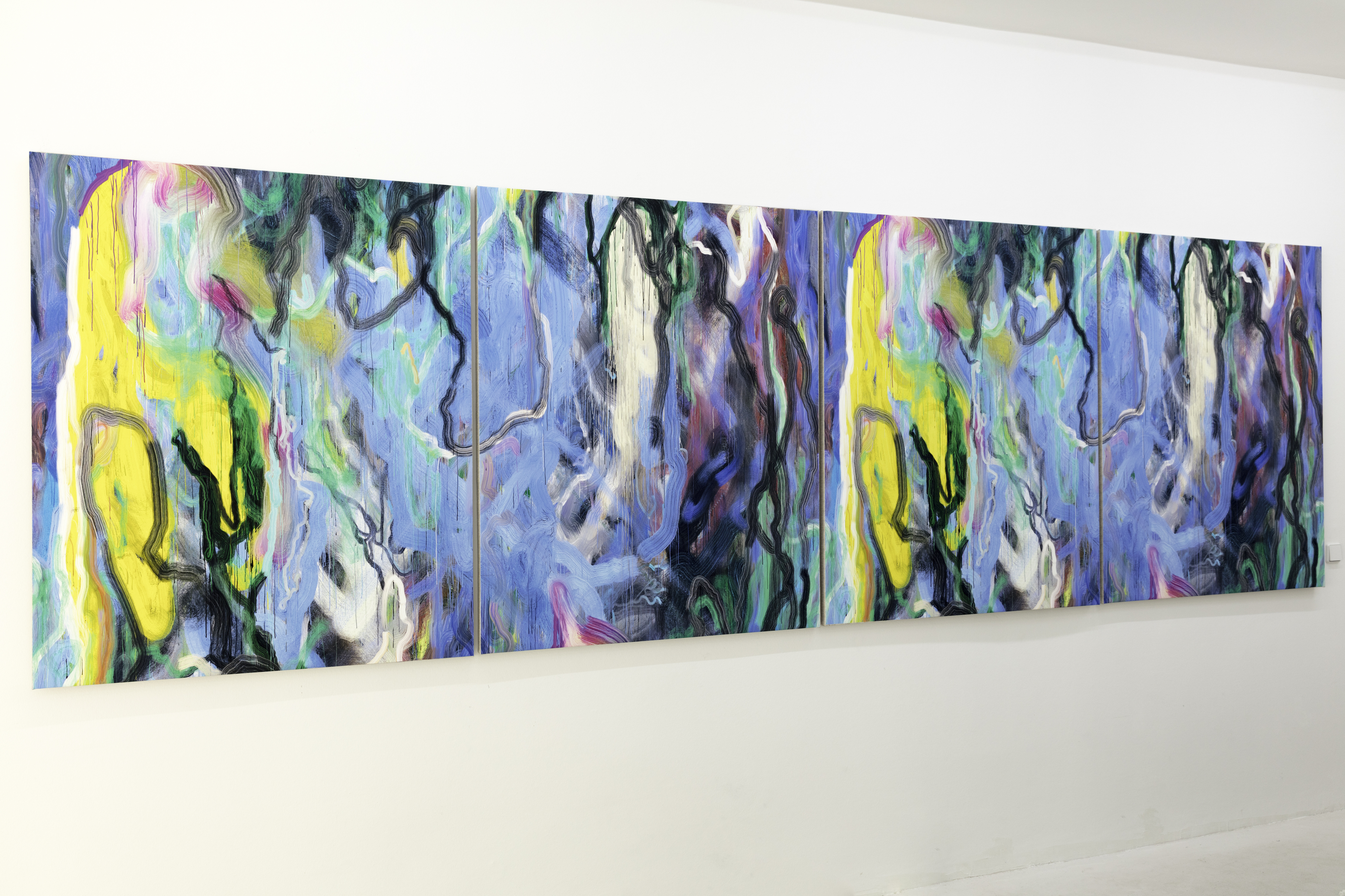 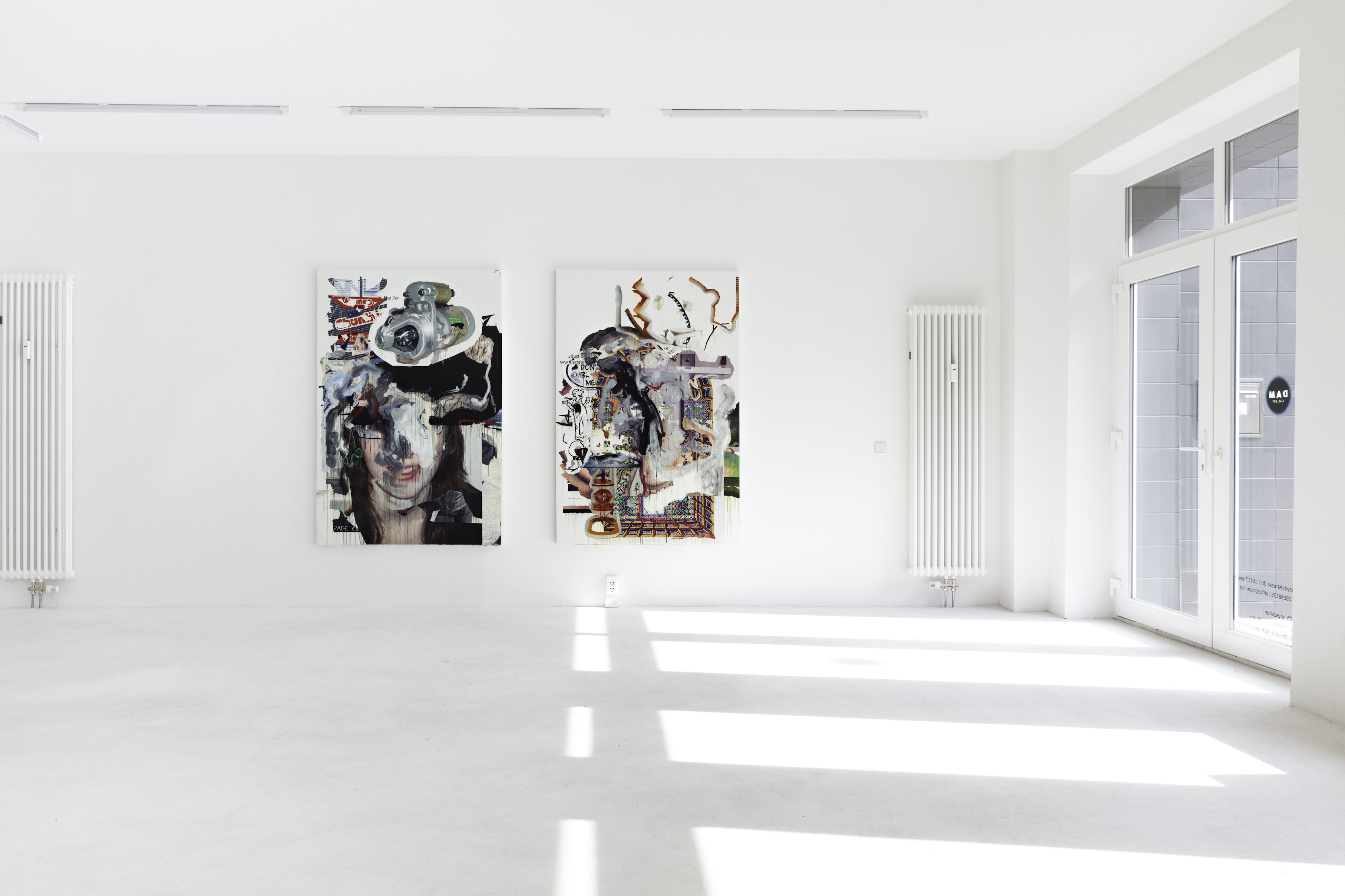 DAM Gallery is pleased to invite you to Mirror Finish, an exhibition of Internet connected screen works, hybrid sculptures and new works on canvas by New York based artist Siebren Versteeg. Despite the terminable implications of the title, the exhibition will mark the artist’s debut solo exhibition in Berlin. Mirror Finish runs from September 20 – November 4, 2017.

Versteeg’s multifarious engagements with media and technology continue to elucidate his interest in intersubjective aspects of art and it’s making. For him, contending with our increasingly interconnected techno-sphere results in work that is subject to chance and reflective of the porosity of cultural circumstances that inform it.

Double Vision (Google Mirror, Yandex Mirror) 2017 sends a live camera’s image back to a split screen displaying search-by-image results from both Google and Yandex’s image recognition technology. A unique approach to feedback that allows us a real-time glimpse into the visual values of the algorithms being developed by these relentlessly competing technologies.

Two other screen based works further extrapolate the exhibition title’s conceit through auto-portraiture. N.M.P. 2017 depicts the artist in the woods, continuously appearing to lean what appears to be a protest sign against a tree. With upon each re-appearance, the sign’s content changes, updating with a live image search for the term “not my president”. Smoking a cigarette while watching the blues 2017 hypnotically motion tracks the burning tip of the artist’s cigarette while monitoring an endlessly scrolling real-time news ticker.

The figurative work B.S. 2017 depicts a kind of hybrid welder/Willie Nelson character; a humorous stand in for the artist’s father who’s 50+ year career as a metal worker continues to be a touchstone for Versteeg. As a young man, Siebren spent several years fabricating for his father, often toiling through graduated grits of sanding disks to tediously conjure a mirror finish from mill grade steel. A look into B.S.’s helmet delivers a continuous live feed slide show of nothing but “Black Squares”.

Also on display are several works from Versteeg’s ongoing body of generative paintings, which combine meticulously crafted rendering algorithms with randomly selected images from the web to create uncanny compositions. These new large scaled canvases are presented as scrolls, their compositions loop back on themselves at the precise finish line of their own vertical horizons.