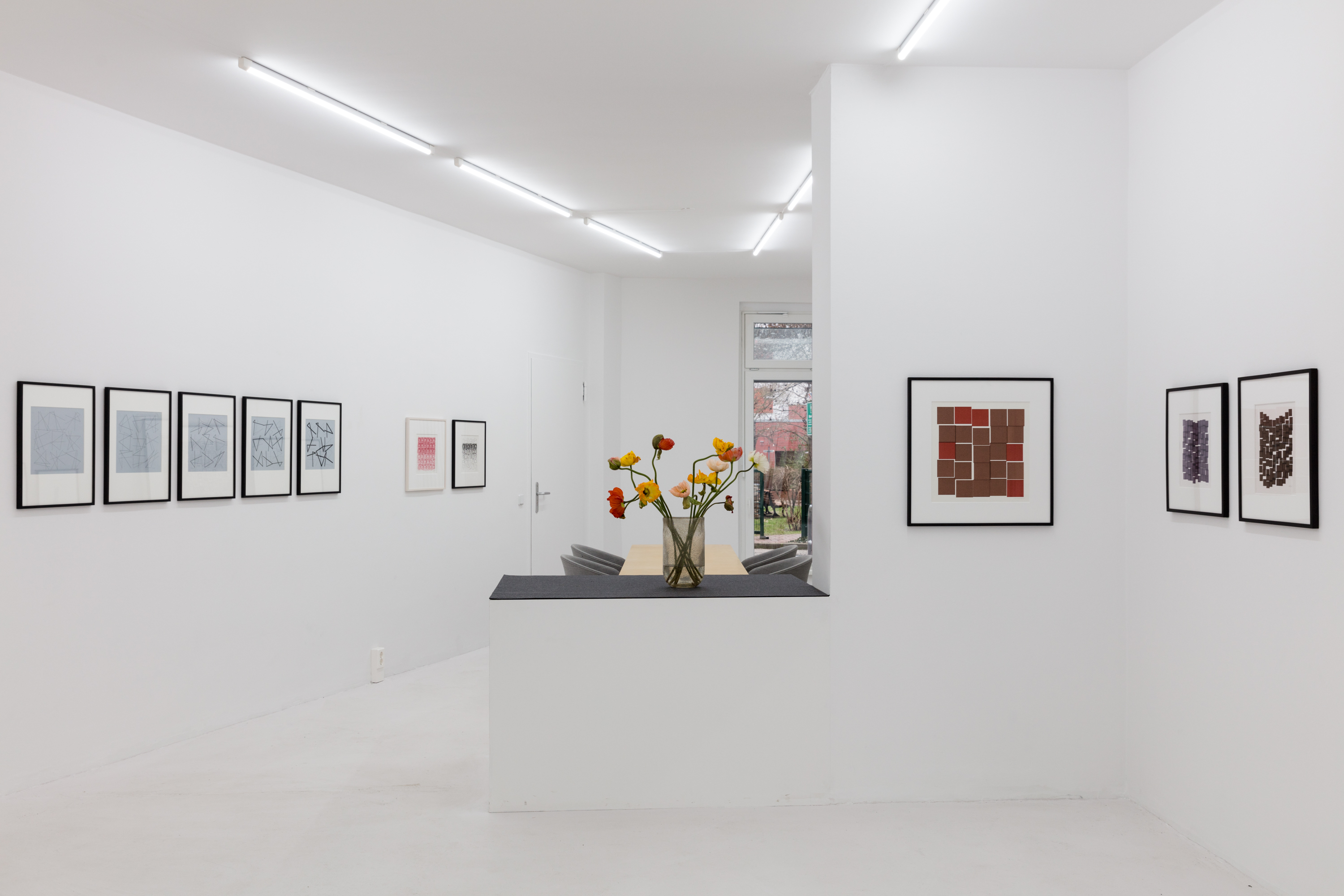 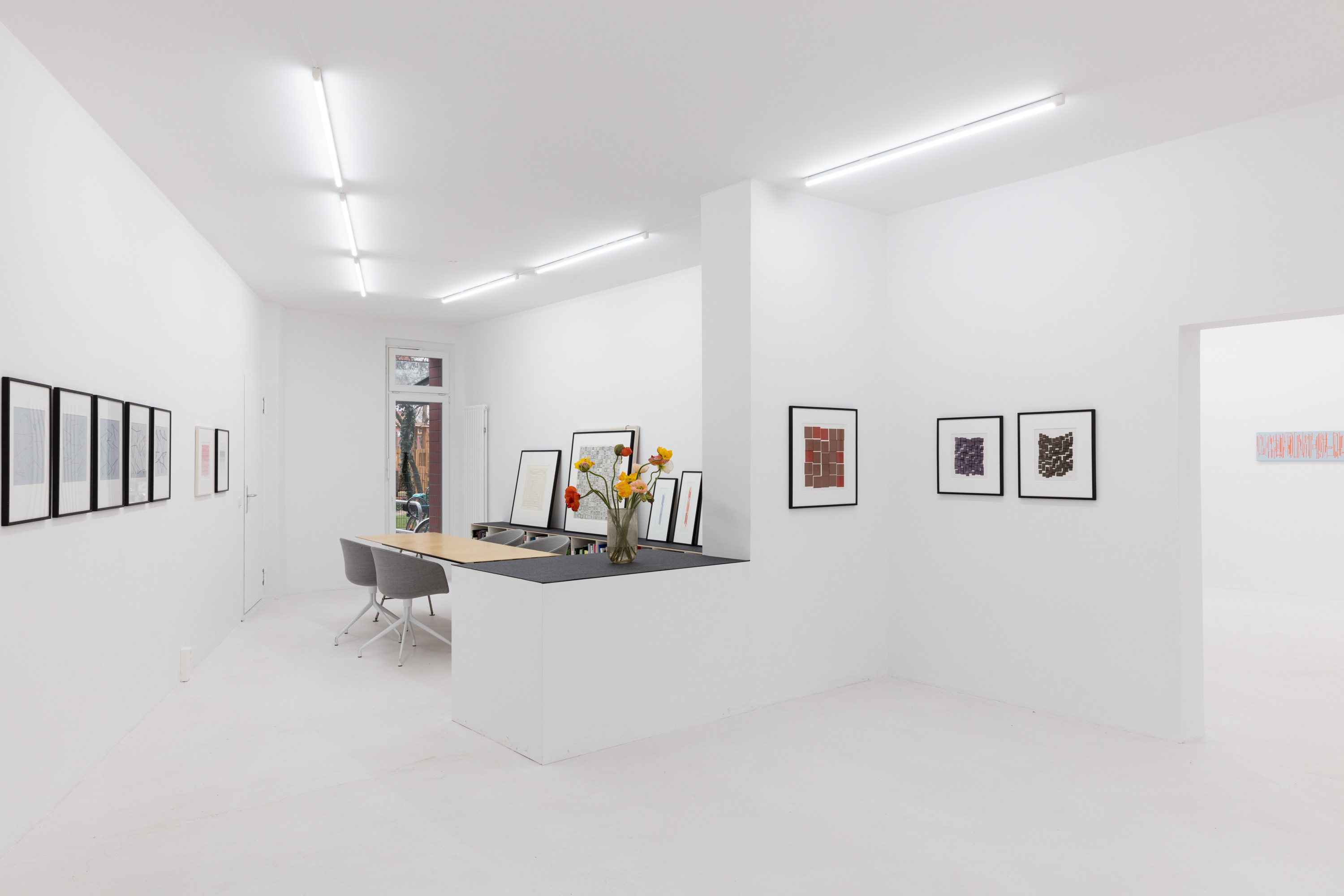 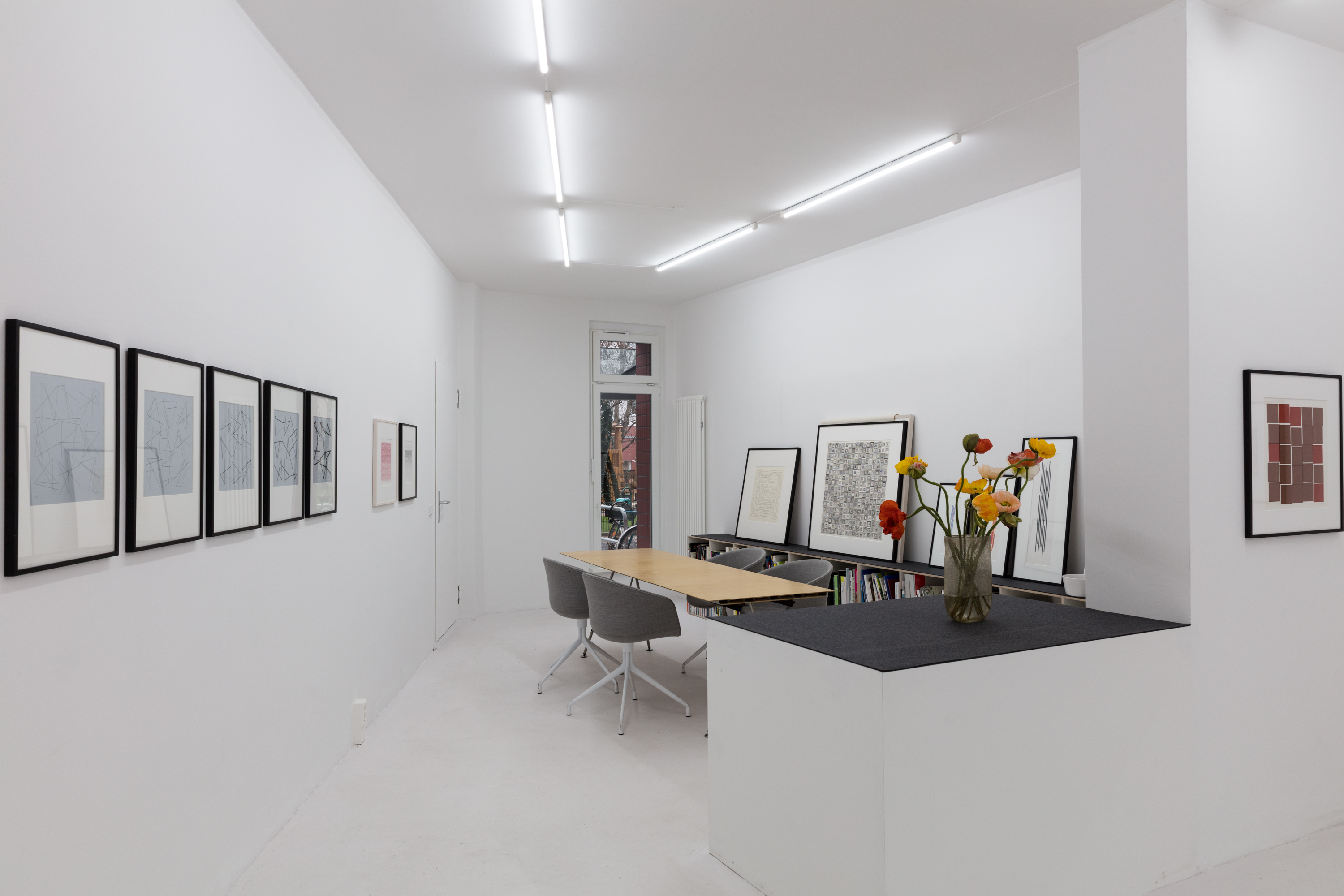 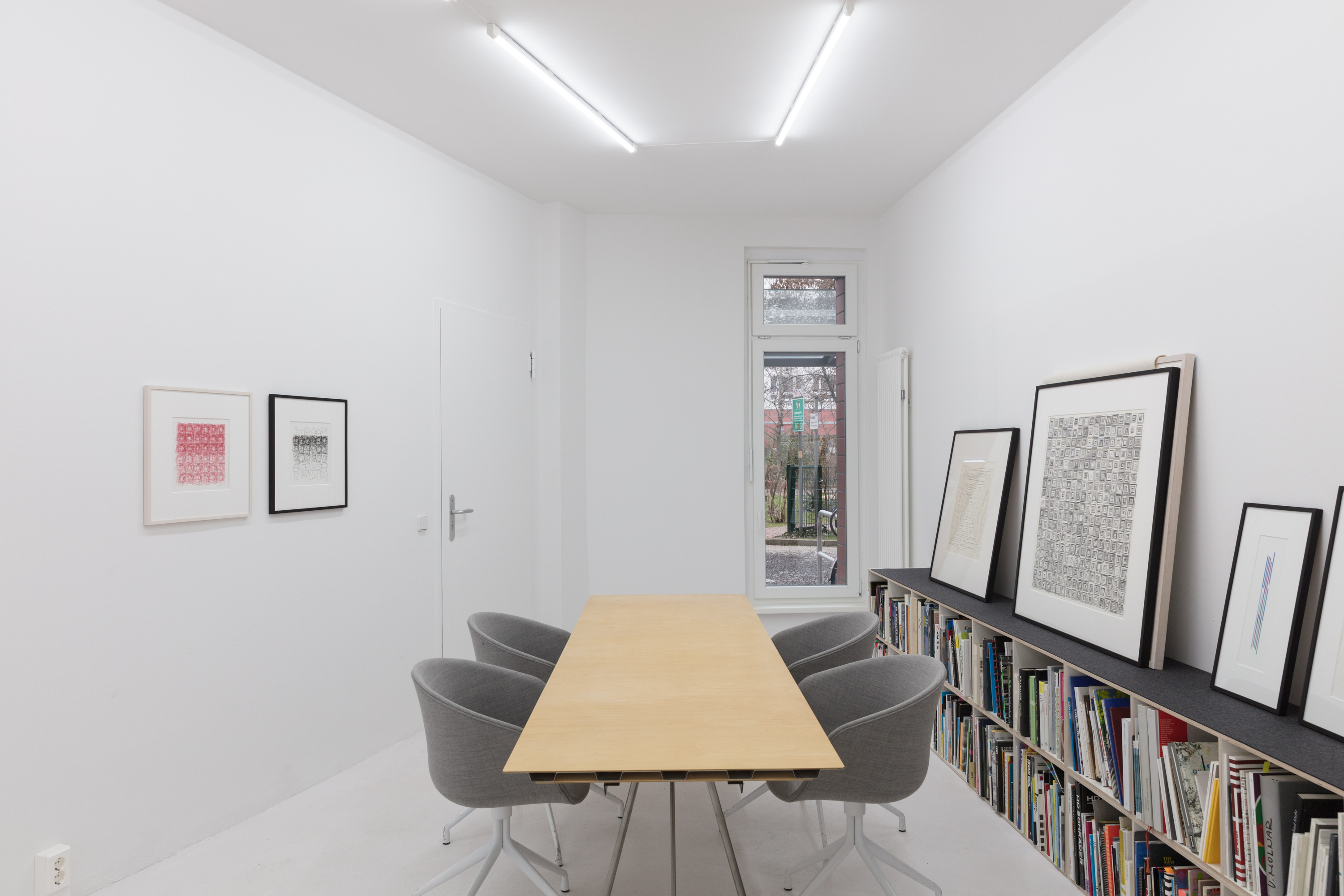 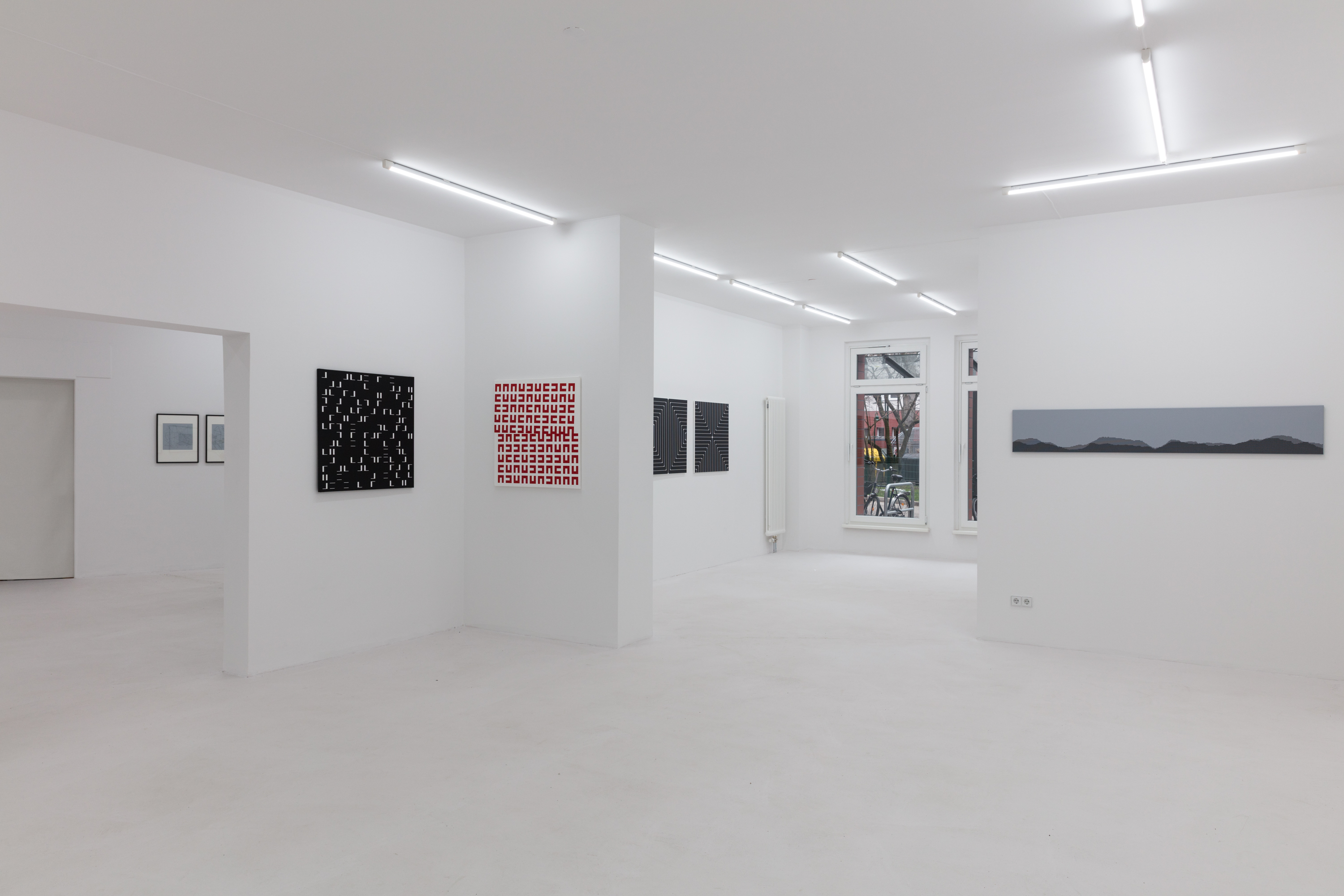 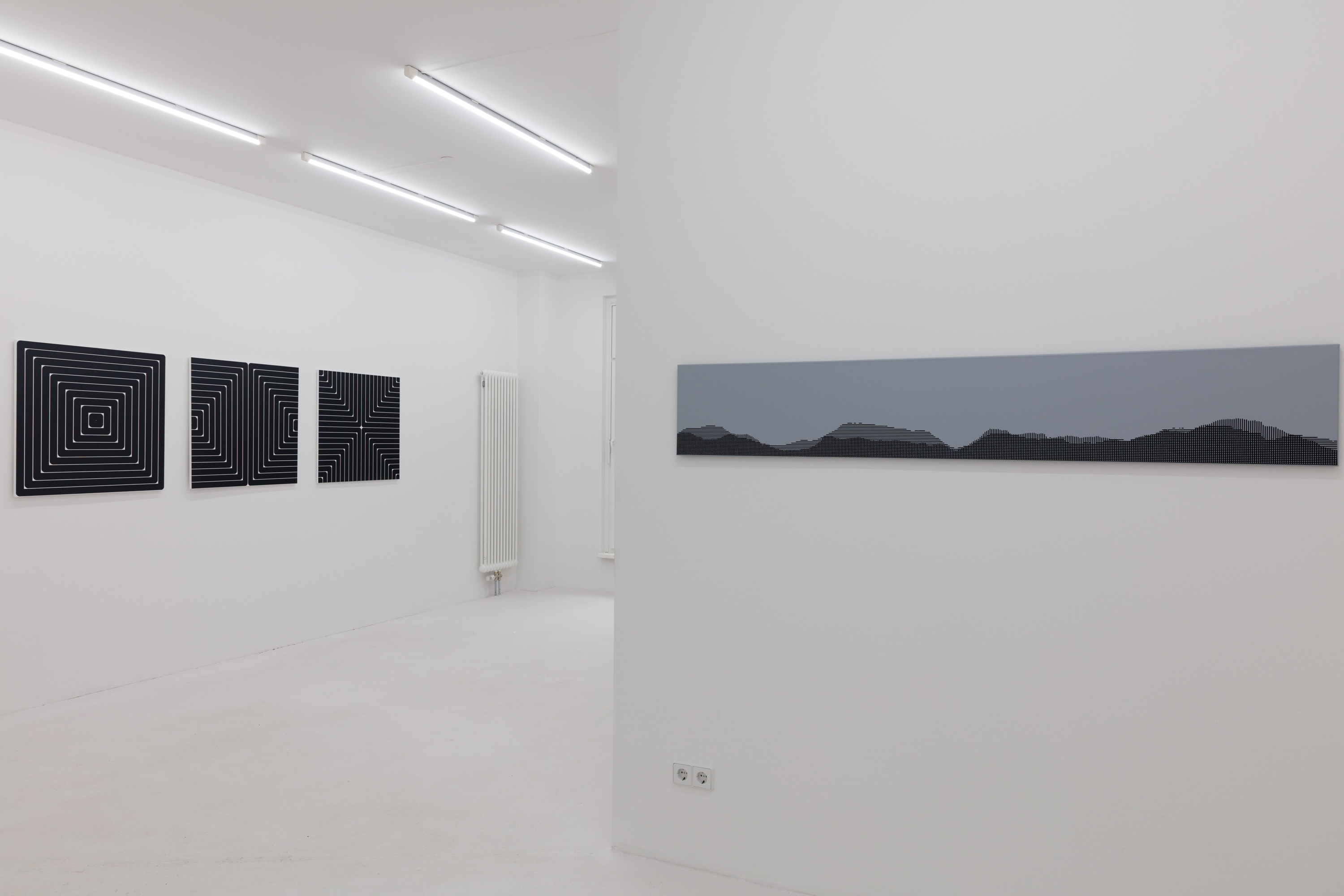 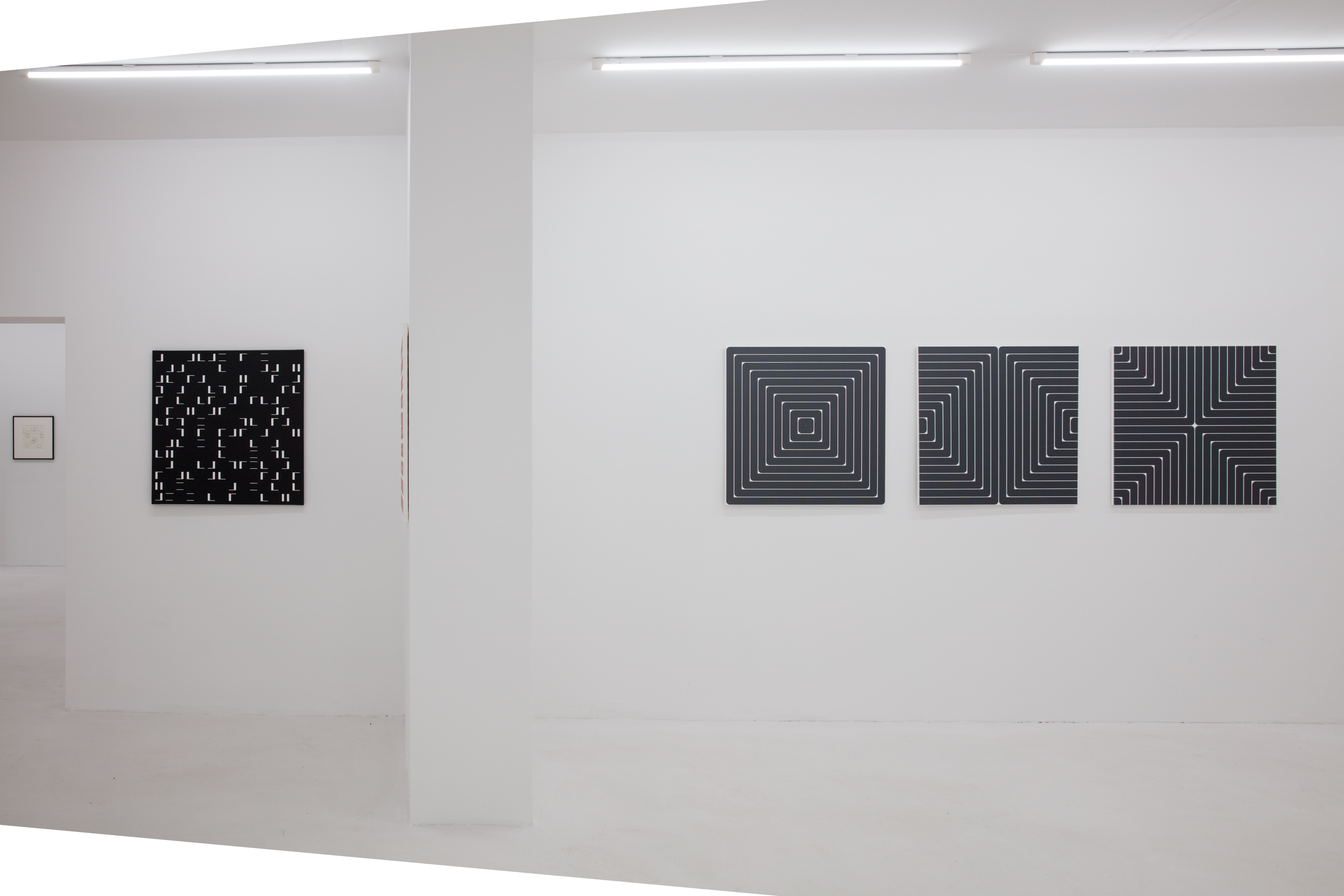 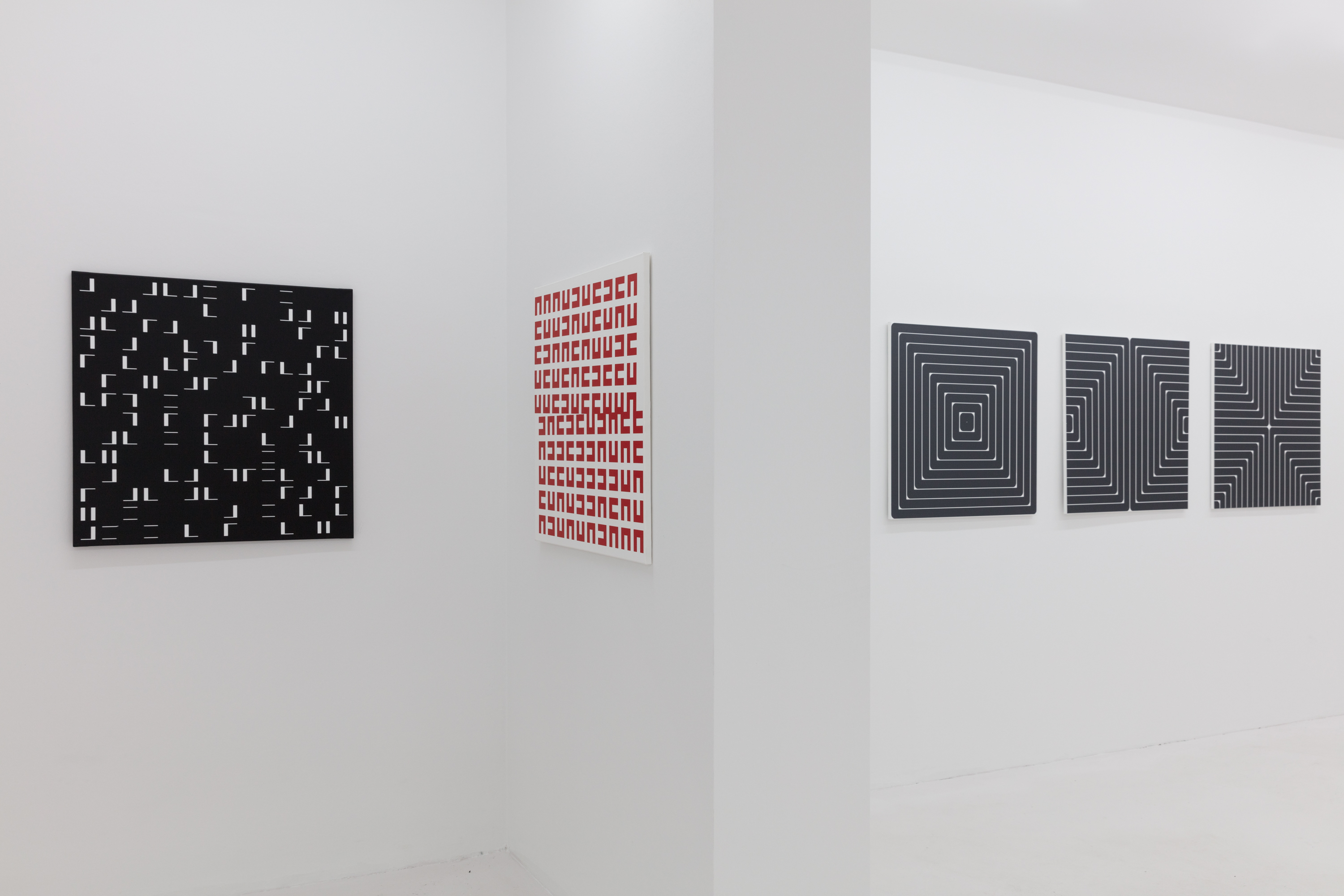 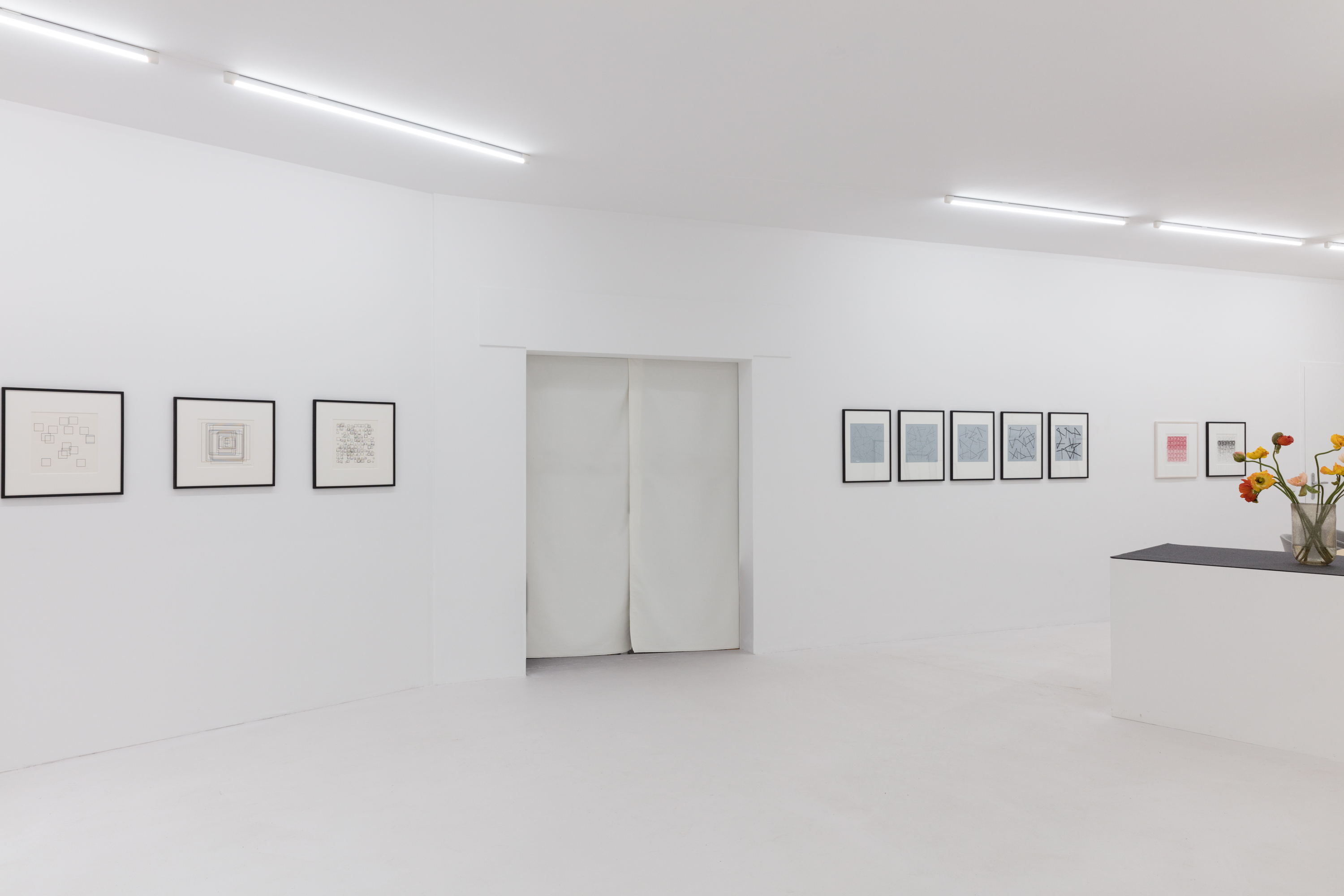 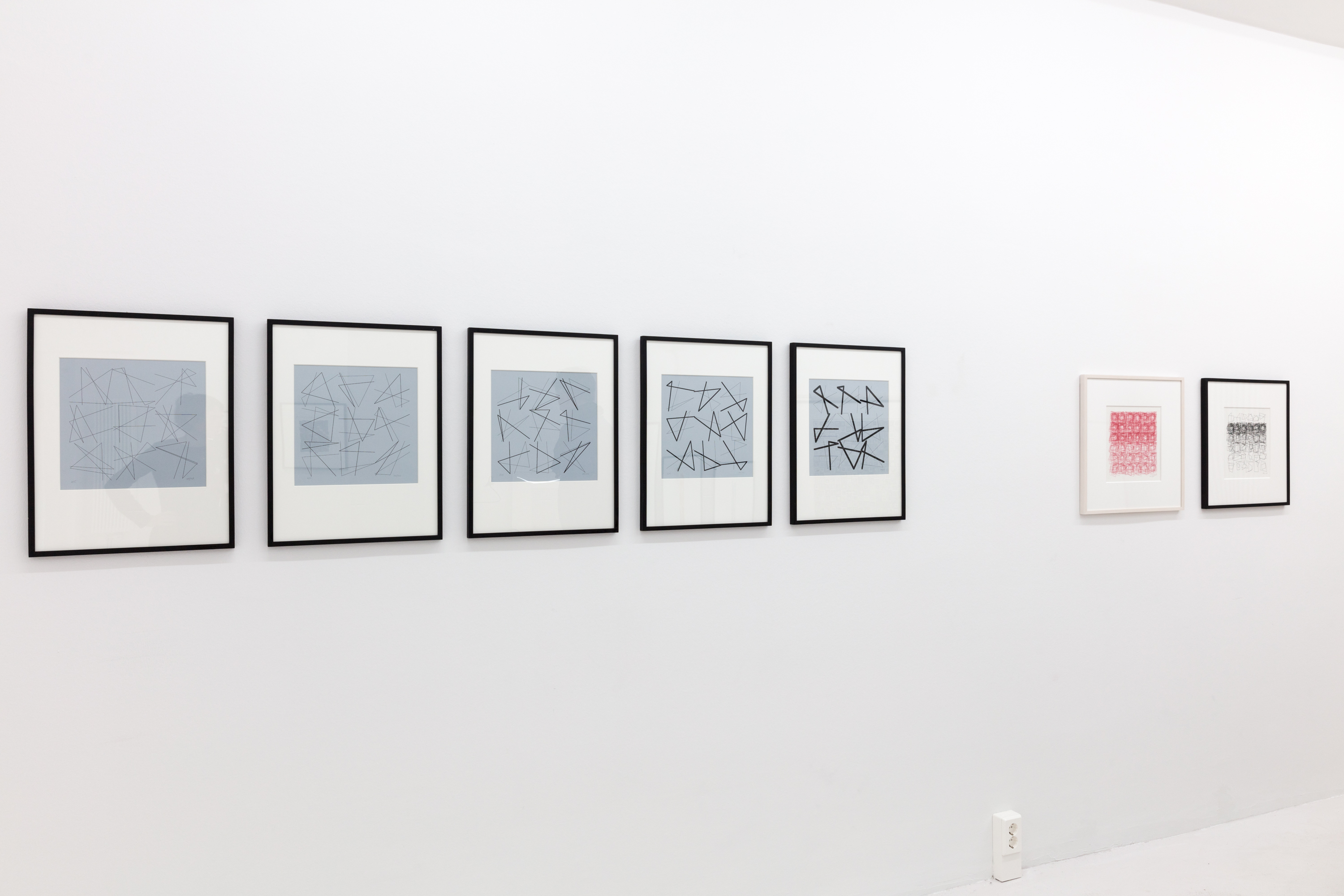 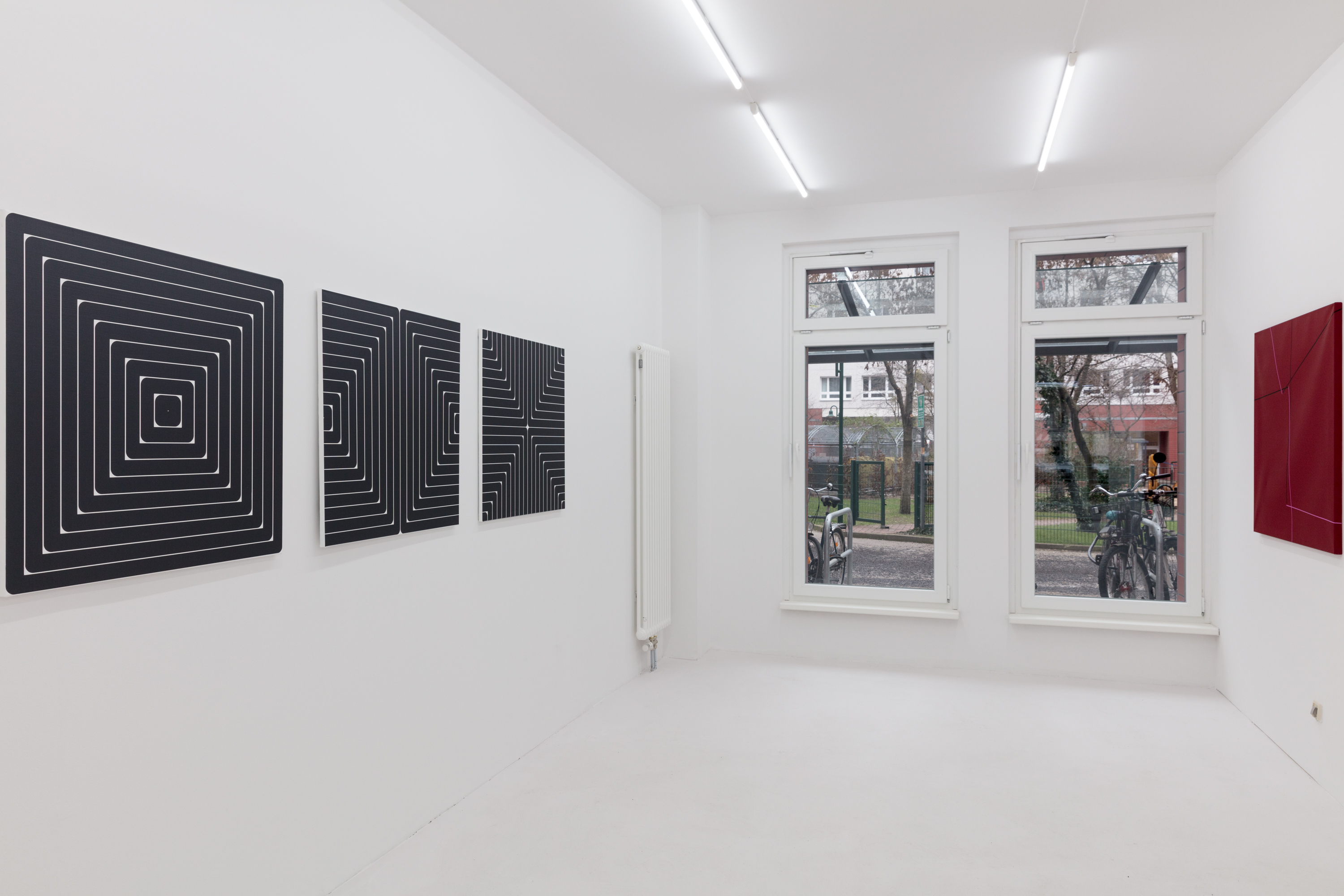 DAM Gallery, which arrived in Berlin in 2003, relocates back to central Berlin Mitte, near Gendarmenmarkt. Wolf Lieser, who specialized early in his program of the gallery on digital media, is internationally established. In the meantime this genre has reached mainstream. Still DAM Gallery is exceptional in it’s approach to represent the whole development of Digital Art since 1965. It’s not a coincidence that DAM Gallery dedicates it’s first show the “Grand Dame” of Digital Art: Vera Molnar. Beside Manfred Mohr she is considered as one of the pioneers of the early beginnings.

“I use a computer to combine the forms because I hope that the assistance of this tool will permit me to go beyond the bounds of learning, cultural heritage, environment; in short: of the social thing, which we must consider to be our second nature. Because of its huge capacity for combination, the computer permits systematic investigation of the field of possibilities in the visual world, helping the painter to clear his brain of mental/cultural “ready-mades” and in enabling him to produce combinations of forms never seen before, either in nature, or in museums, to create unimaginable images.”

Vera Molnar, who turned ninety-three early in January, has never really been eager to gain acceptance on the art market. I remember when visiting her in 2014 to inform her that she had won a lifetime award, she was more than surprised. Molnar was already in her sixties when she started selling her work regularly. Despite her artist friends like Francois Morellet, Victor Vaserely and Max Bill, she perceived her art mainly as experimental research. It developed into a dialogue between the computer and her oeuvre, which continues to the present. The more conceptual series, which lead to deconstruction or dissolution of forms, were mainly created in the 1970s to the 1990s. After that installations and paintings again gained importance. Over all this years she kept a sketch book which contains a wide range of unrealized treasures to which we can look forward.

Vera Molnar’s work has been continuously shown in major museums, most recently at the Museum Ludwig, Budapest; the Museum Haus Konstruktiv, Zürich; and Kunstmuseum, Stuttgart among others. In 2017 we look forward to exhibitions at the Museum of Modern Art, Warsaw as well as an exhibition during the Venice Biennale.

DAM Gallery presents a selection of new pieces for Berlin from different periods from 1974 to present time.