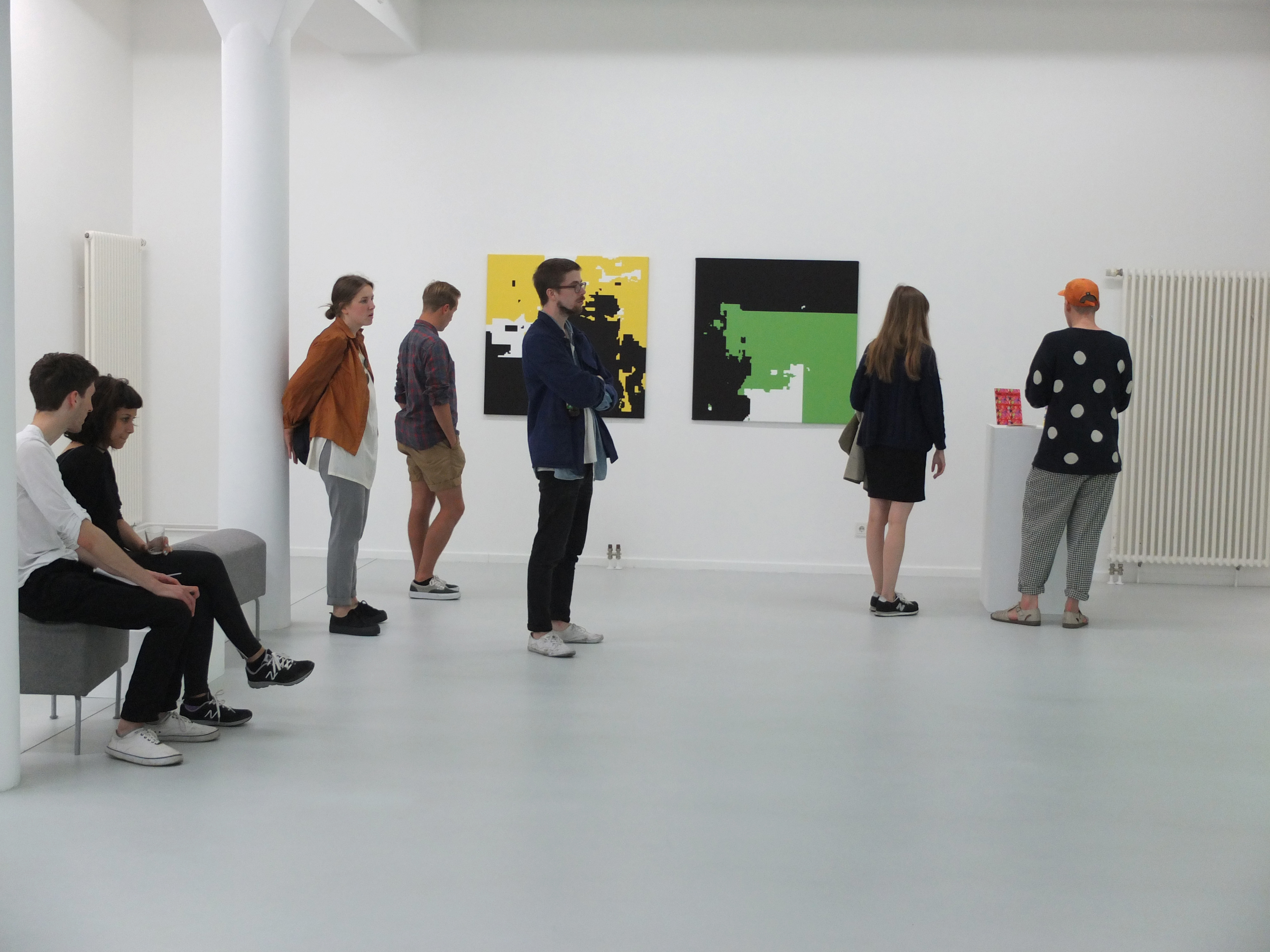 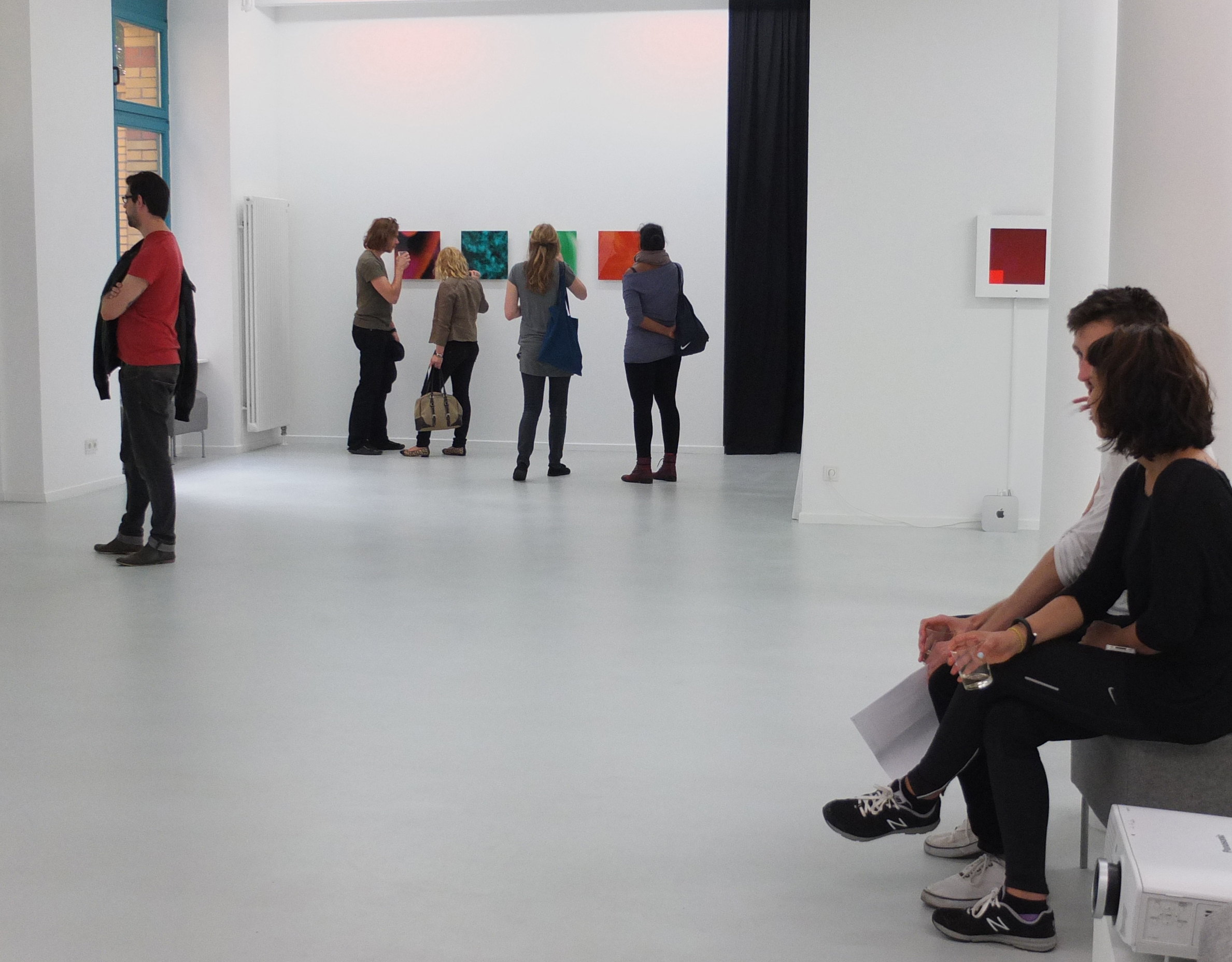 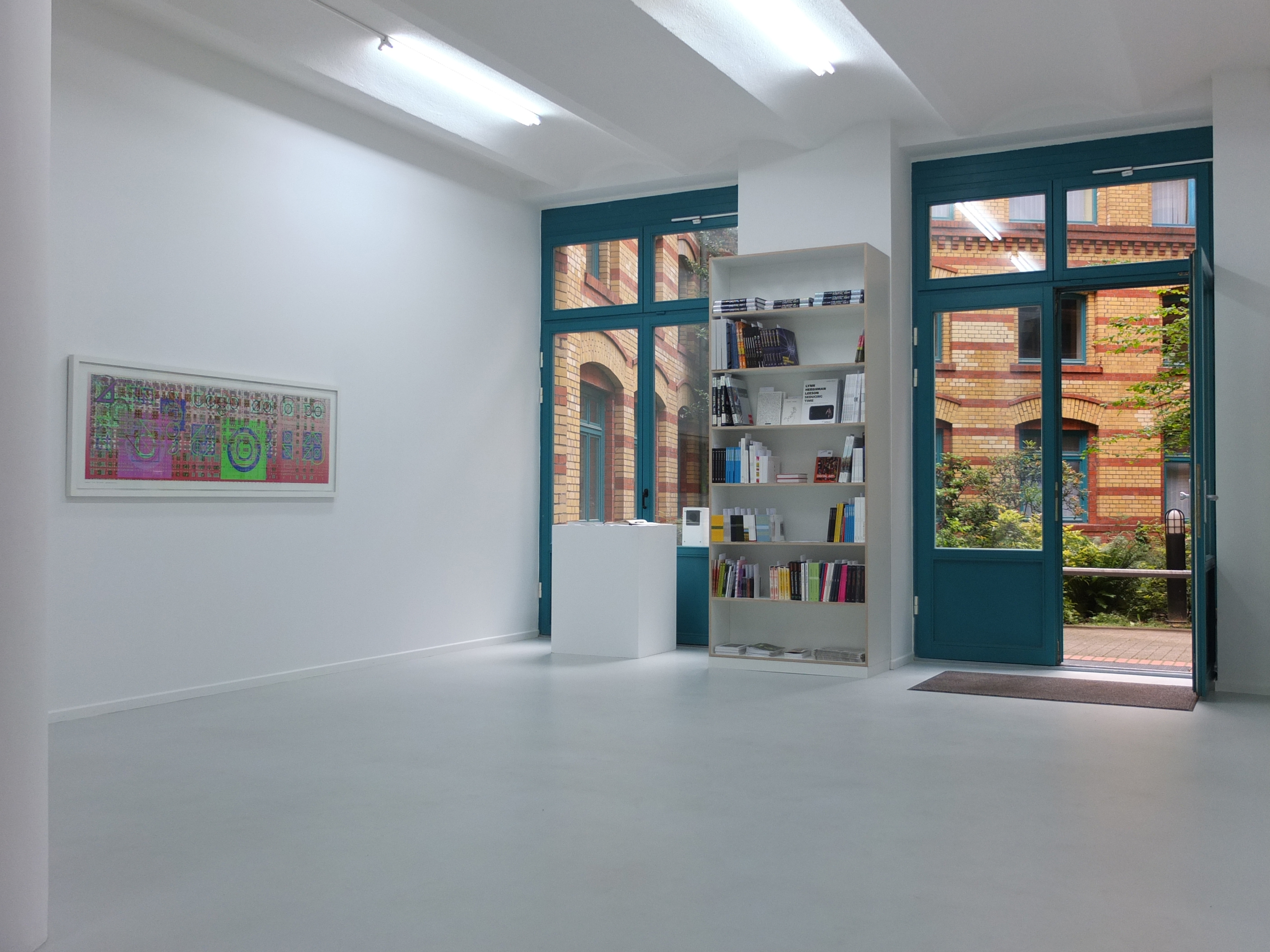 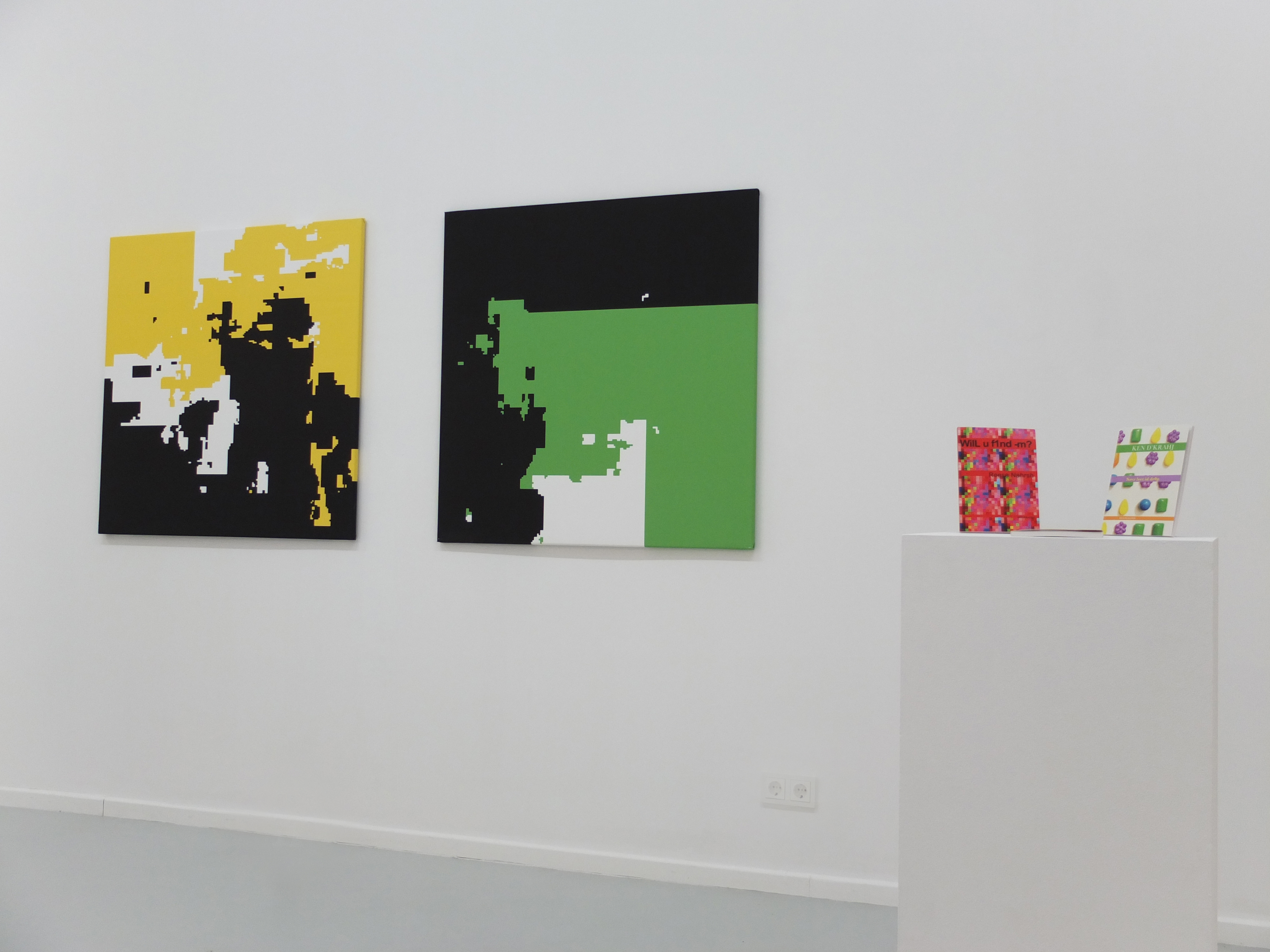 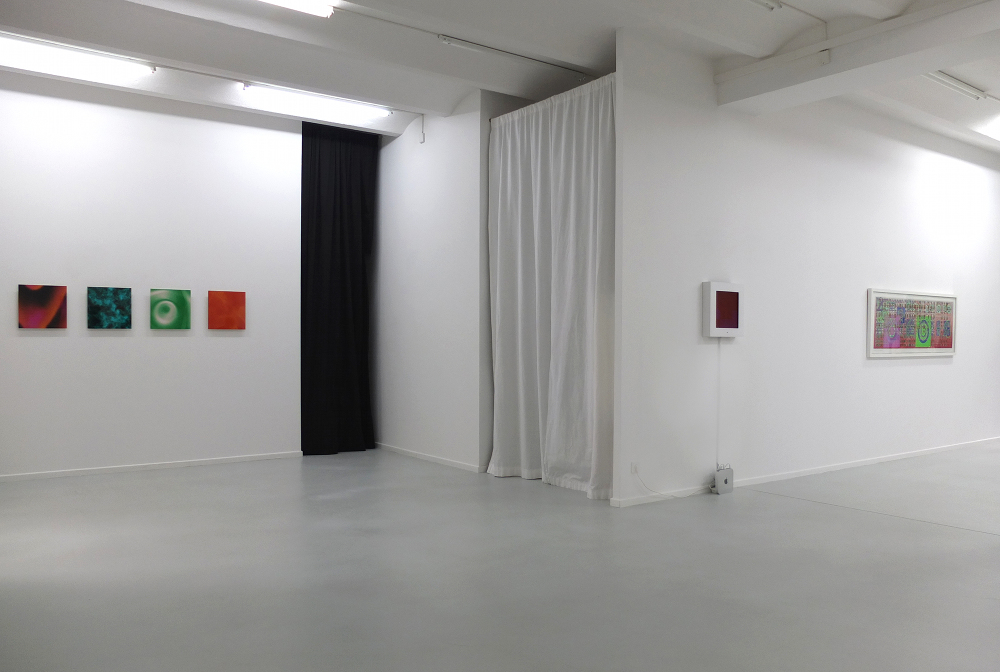 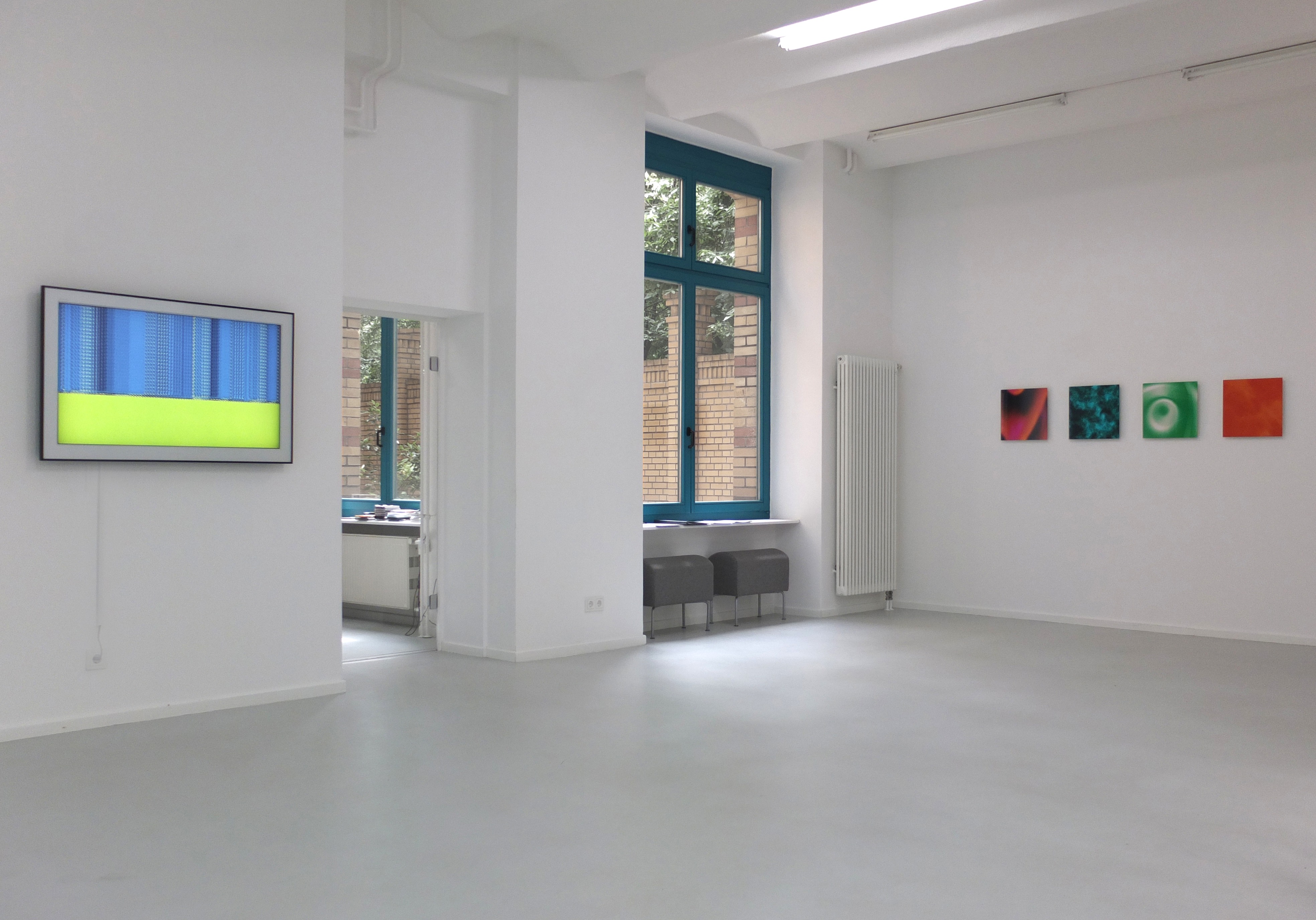 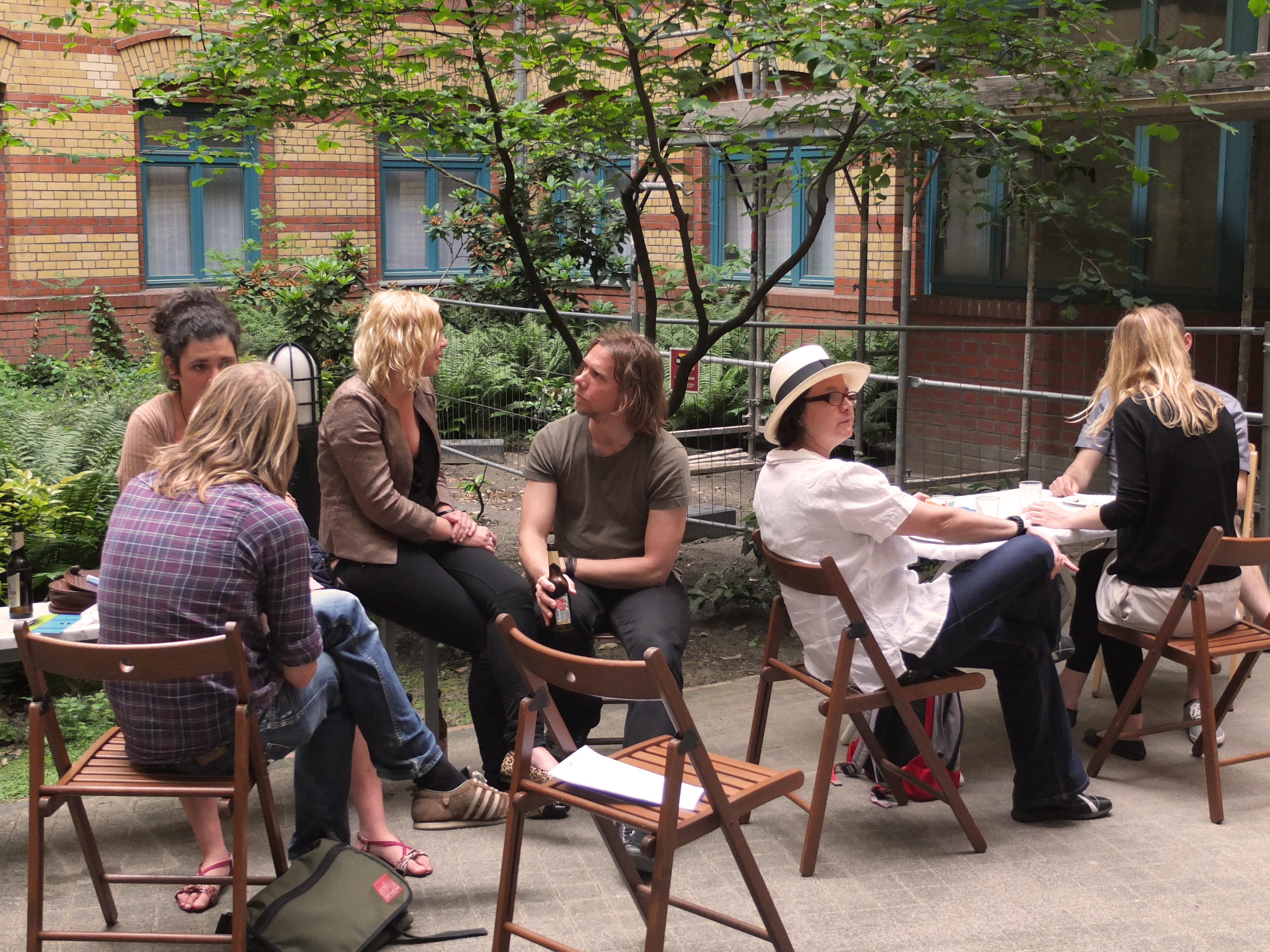 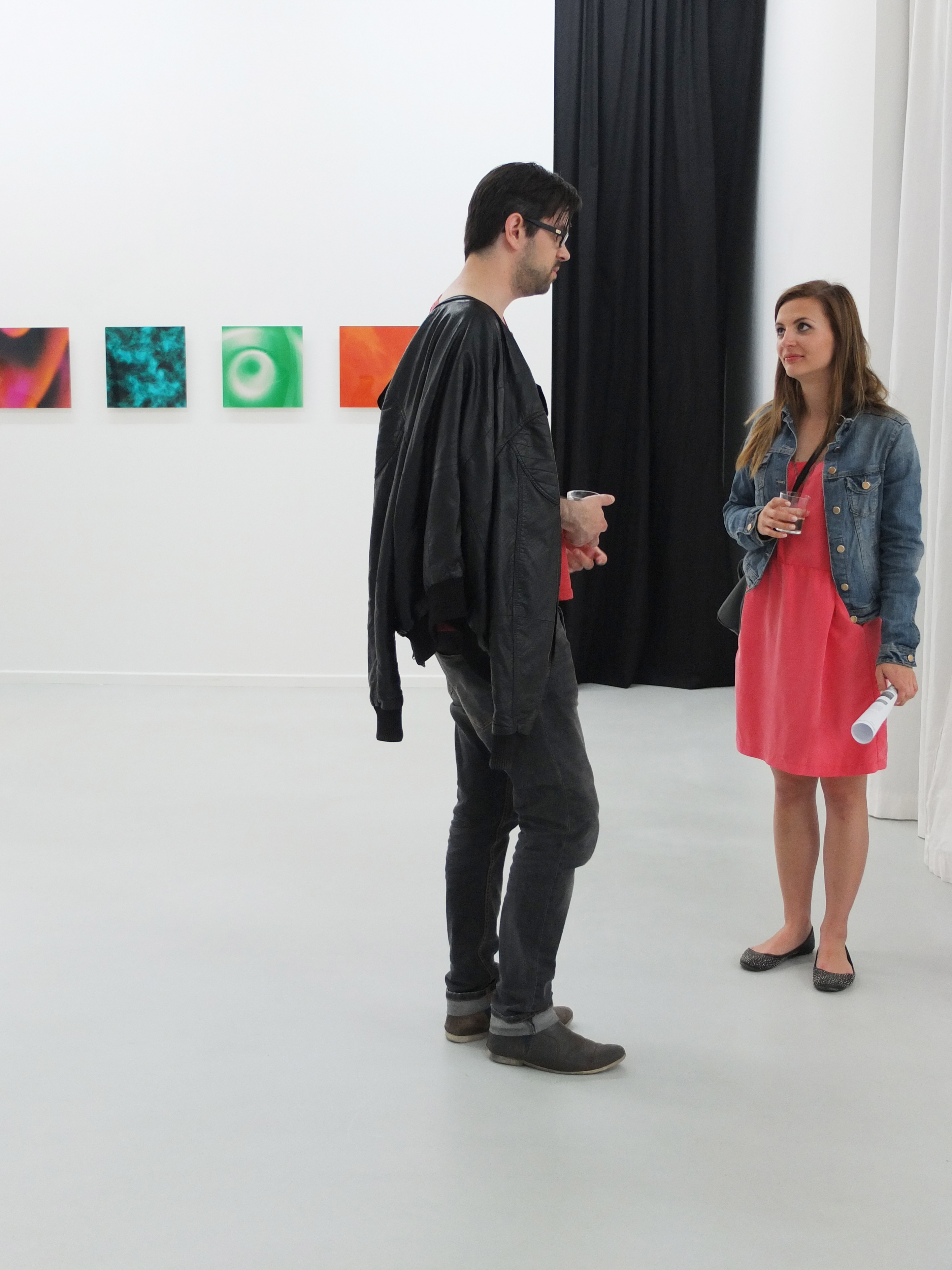 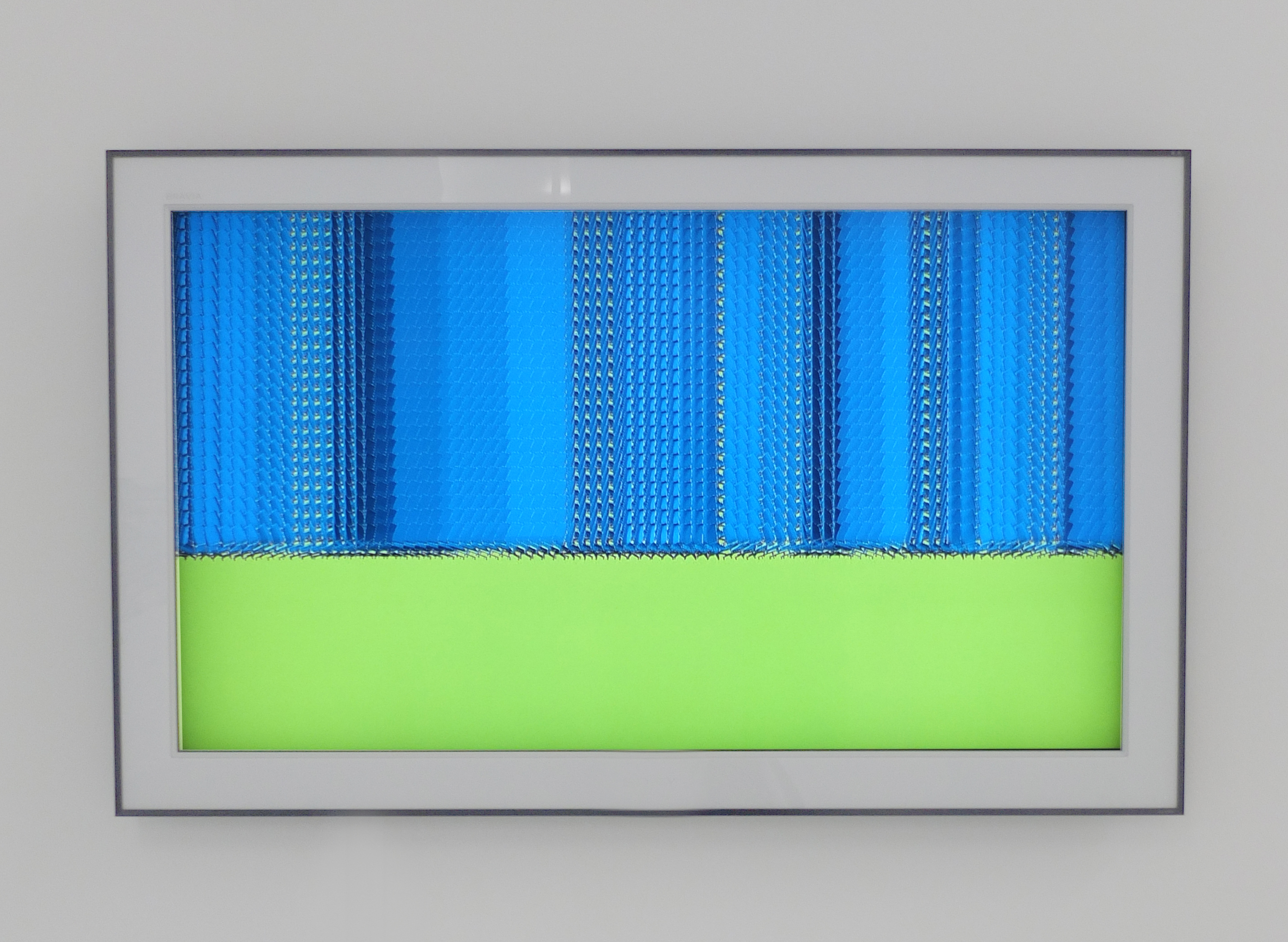 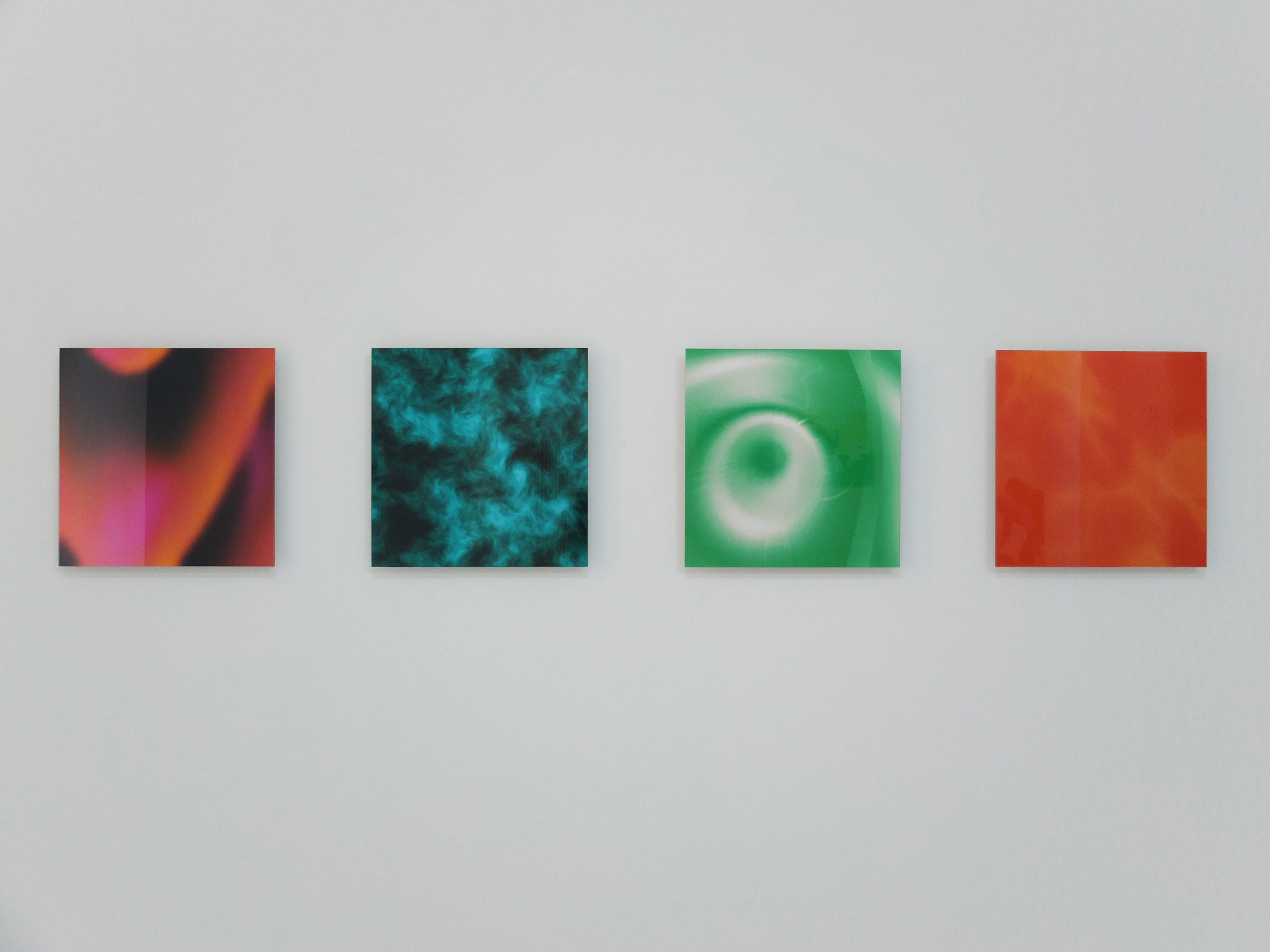 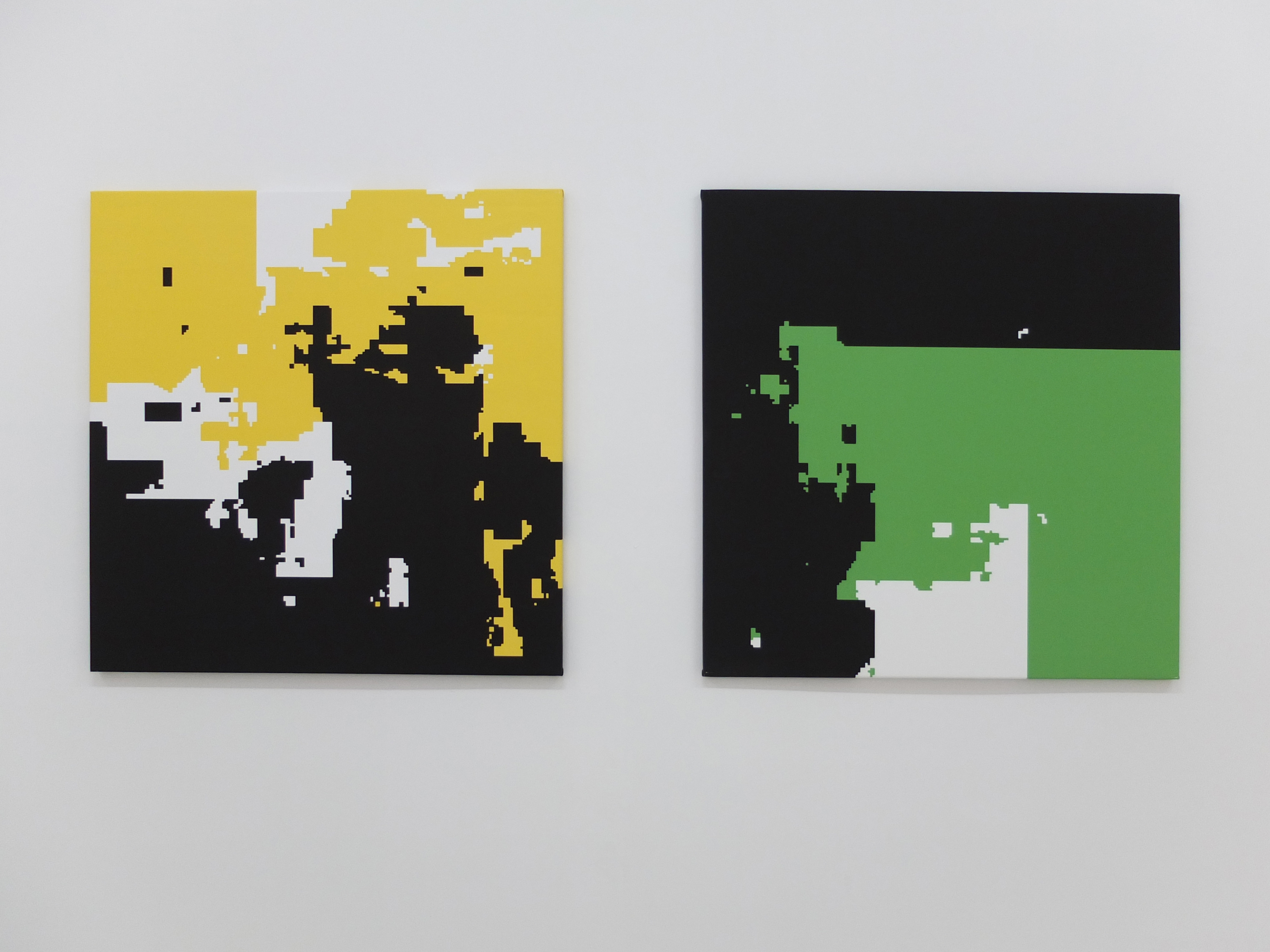 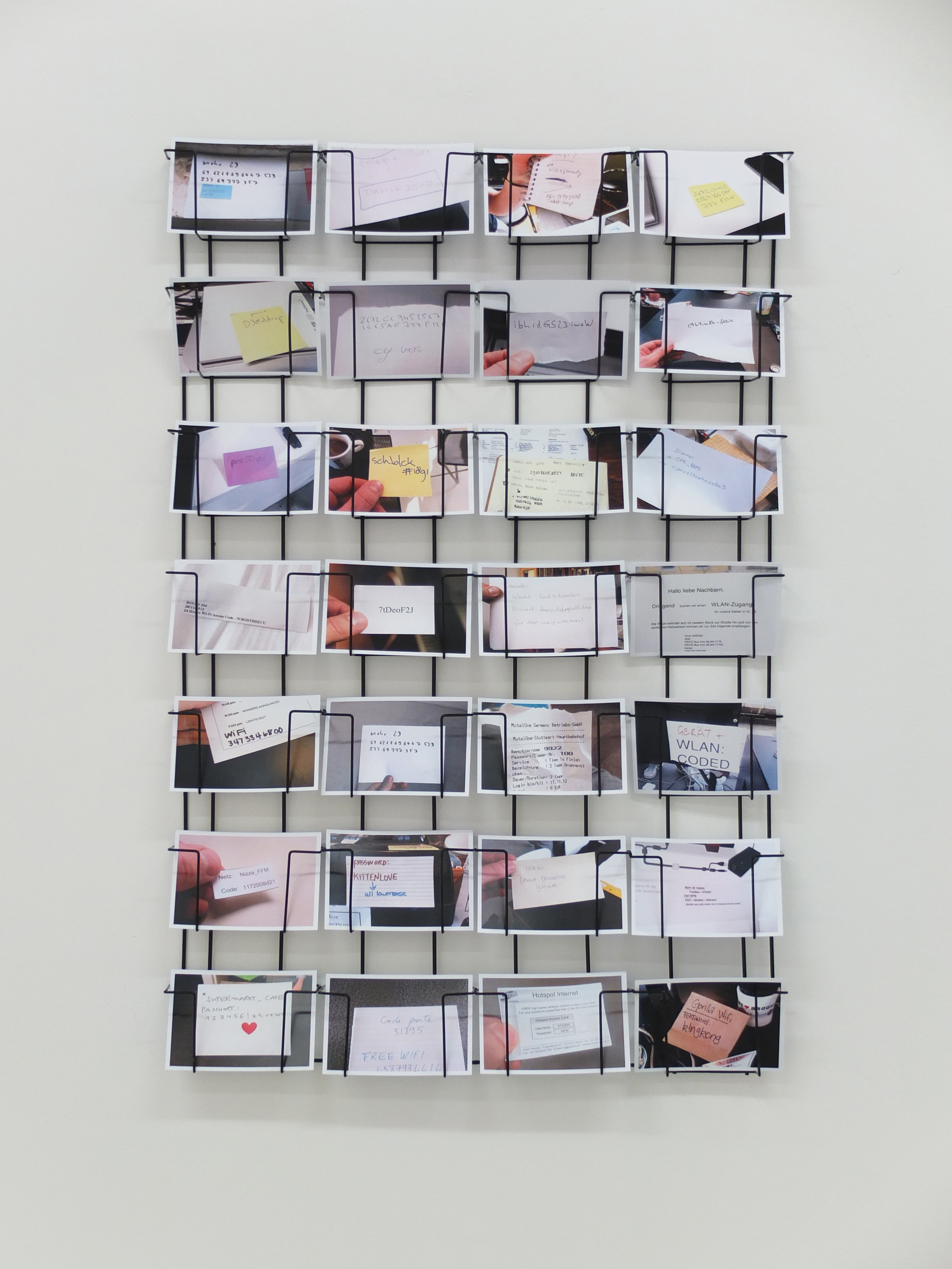 The experimental summer exhibition at the DAM GALLERY in Berlin goes into its second round: “Summer Splash 2” gives another overview of the different artistic applications for digital media. The works on display explore the possibilities and limits of digital imaging procedures. Along with the visual motion studies provided by the GIF animations of Evan Roth, there are several interactive works, for example by Sommerer & Mignonneau, in which a “magic lantern” from the 1920s is used. UBERMORGEN create a book made up of comments on YouTube that is on offer at Amazon. Finally, Constant Dullaart presents “The Death of the URL” in his deconstructive Web work.

Information on the exhibited artworks:

„Over the past five years I’ve been collecting pictures of wifi passwords when ever I encountered them during travels. In many private and public places there is wireless Internet access available but to connect a password is required. “Is there Internet here?” Often wifi passwords are written or printed on little pieces of paper or on the chalk board behind the counter in the cafe etc. “What is the wifi password?” A lot of these codes are hand written which makes them very vulnerable to mis-spelling or mis-interpretation. Is this an upper case c? Is there a mistake in the code? Are you able to guess the right one? Wifi passwords represent an era of the moment of connection. A moment of human factor before we slowly drift into always connected with all devices where ever we are …“ (Aram Bartholl, 2013)

During his visits to China, Constant Dullaart noticed how very little Chinese people see the web as a place where you can create your own space. „Of course this is due to the censorship and the Chinese Firewall. Still, I see the same thing happening everywhere, it’s so much easier to upload images to Facebook, or Instagram than create an own web page. The time and necessity of creating your own independent space online seems to disappear. Pages are found through Google and information is found through specifically made apps. The connected private spaces functioning under domain names that form a larger seemingly public space is still the web. This nostalgia for the ideological web places art on the web in an interesting context. Works in domain names are now works that choose to work within an outdated but ideological medium. I decided it was time to declare the true Death of the URL to induce this nostalgia even further. So I bought a name, 38 x’s, dot xxx. The whole title bar becomes a row of X’s. All it says is “The Death of the URL 2013” and my name. It’s an absolute statement. Theorists wrote me and said this is the celebration of the URL. The death of literature can be a book. I’m just saying there’s a necessity for viewing these types of work and artworks as nostalgia. It’s a poetic gesture. It’s not as important as it used to be.“ (Constant Dullaart, 2013)

Originally a painter with Constructivist sympathies, Ernest Edmonds (*1942) turned to computer-aided algorithmic painting in 1968. Edmonds’ essential project is an investigation into the diverse formal possibilities of a two-dimensional square. In each work the outline of that shape is divided into sectors made visible by the distribution of colour, or the placement of a line. The “Shaping Form” time-based series consists of unique abstract interactive artworks that are each generating colours and forms in time from a set of unique rules: rules that are rather like their DNA. They also take data from a camera and continuously calculate the amount of activity seen in front of the work. The computer software then steadily modifies the rules. The artwork and its development over time is, then, influenced by the people who look at it. The audience helps to shape the work. “Shaping Form” is a representation of computed life, moving and changing of its own accord but maturing and developing as a result of the movement of audiences. The shaping of the form is a never-ending process of computed development. Each unique work is identified by the date included in its title. That date is the day that it began its operation, when it came alive.

Eduardo Kac (*1962) is internationally recognized for his telepresence and bio art. His project “Move 36” makes reference to the dramatic move made by the computer called Deep Blue against chess world champion Gary Kasparov in 1997 in which Kasparov lost the game due to Deep Blue’s unexpected subtle and conceptual move in game two at Move 36. The original „Move 36“ installation by Eduardo Kac was a chessboard made of earth and sand. Positioned exactly where Deep Blue made its Move 36, Kac cultivated a plant whose genome incorporated a new gene that he created specifically for this work. The gene uses the universal computer code for representing binary numbers as Roman characters, ASCII, to translate Descartes’s statement: “Cogito ergo sum” (I think therefore I am) into the four bases of genetics. Silent square video projections on two opposing walls contextualized the work, evoking two chess opponents in absentia. Each video projection is composed of a grid of small squares, resembling a chessboard. Each square shows short animated loops cycling at different intervals, thus creating a complex and carefully choreographed thread of movements. The cognitive engagement of the viewer with the multiple visual possibilities presented on both projected boards subtly emulates the mapping of multiple paths on the board involved in a chess match. DAM GALLERY shows a selection of stills from the projected animations.

The works of Christa Sommerer and Laurent Mignonneau explore the relationship between art, science and technology. They develop simulations of Artificial Life and creative environments for interaction and participation. The confrontation of real and virtual systems requires conscious interaction and exemplifies the interdependence and cooperation of both models. „Excavate“ (2012) consists of a magic lantern from the 1940ies that was transformed into an interface through various sensor technologies, a computer program as well as a micro projector. Visitors to a dark space receive the „Excavate“ interface to explore the dark room. When its light is thrown on the walls various dark particles appear looking a bit like isopods. At one point these woodlice assemble and faint faces of children appear. Each time the visitor moves the lamp these isopods disassemble, when focusing the lamp once more, a new child face appears. Through the „Excavate“ magic lantern interface a large variety of children’s faces can be explored, they stem from various antique photographs taken during wartime. It is not clear why the children look so disturbed and scared.

Evan Roth (*1978), co-founder of the Graffiti Research Lab and the Free Art & Technology Lab (F.A.T. Lab) is an American artist based in Paris whose work explores the relationship between misuse and empowerment. Creating prints, sculptures, videos and websites, the work is defined less by medium and genre than by its appropriation of popular culture. Roth’s work is informed by the misuse of seemingly rigid structures and the effect that philosophies from hacker communities can have when applied to non-digital systems. His „GIF Compositions“ are a series of web-based pieces that use found animated GIF files to create visual motion studies. Unique animation cycles are formed based on how the browser downloads and caches each of the individual GIF files over time. Each GIF in a given sequence is given a unique file name, convincing the browser to treat them as different images rather than copies of a single file.

In their new project, UBERMORGEN invade Amazon’s Kindle-Shop with vast quantities of robot-generated self-published e-books. The books contain millions of Youtube comments forming a new literary genre. This new form of distribution is highly unstable and creates conflict; accordingly Amazon started to delete all books, accordingly The Project mutated code and new books made paid their respects to the Kindle-Shop. The Project abuses the corporate cloud-infrastructure of Amazon, and unleashes a series of aesthetic and legal provocations to their business model. The Project serves as a publishing platform and the “Book” is merely a container for variable content with variable price for variable platforms. DAM GALLERY shows a selection of the self-published books.

ART FID was created as a product in the tense field between fine art, new media art [net.art] and high tech. RFID (Radio Frequency Identification) is one of “THE” leading technologies of the future: an identification system that can collect diverse information about the products it is attached to as well as the person that has made purchase of the product. It is, in short, a kind of digital DNA. It can be implanted under the skin, and from a formal point of view, it reveals an organic structure, surprisingly similar to a cellular structure. The digital painting series ART FID tells us a story of bio-technology and digital technology morphing visually into each other: The pixel is the molecule! Part of this 5 painting series, “ART FID My Cow” e.g. transports the underlying photography of a cow with a RFID-Chip (Radio Frequency Identification) on her ear. The image was deconstructed and layered into 8 different pixel-sizes, abstracted by enforcing digital light and sharpness onto the image. The result are unique high-end prints on canvas.