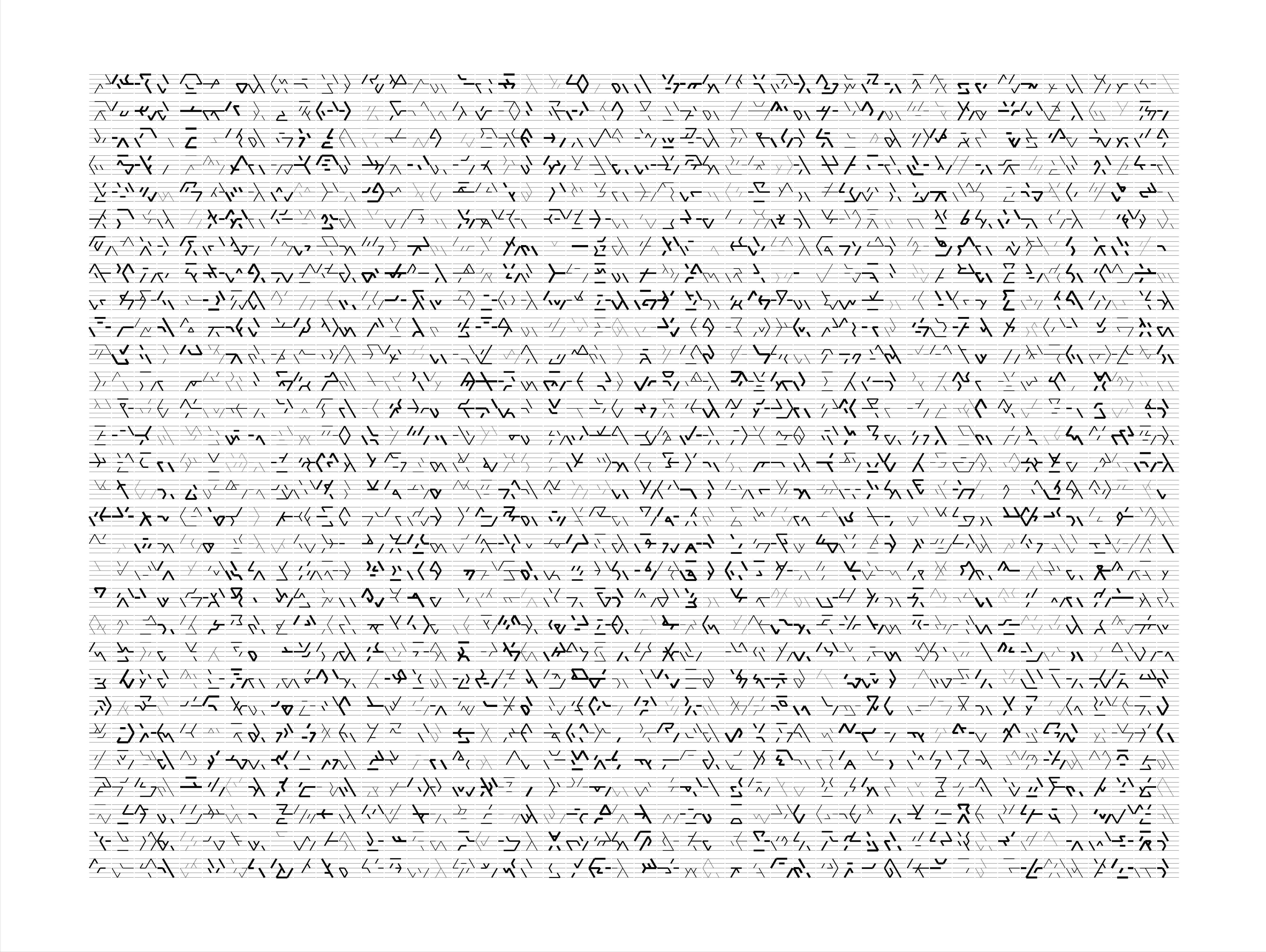 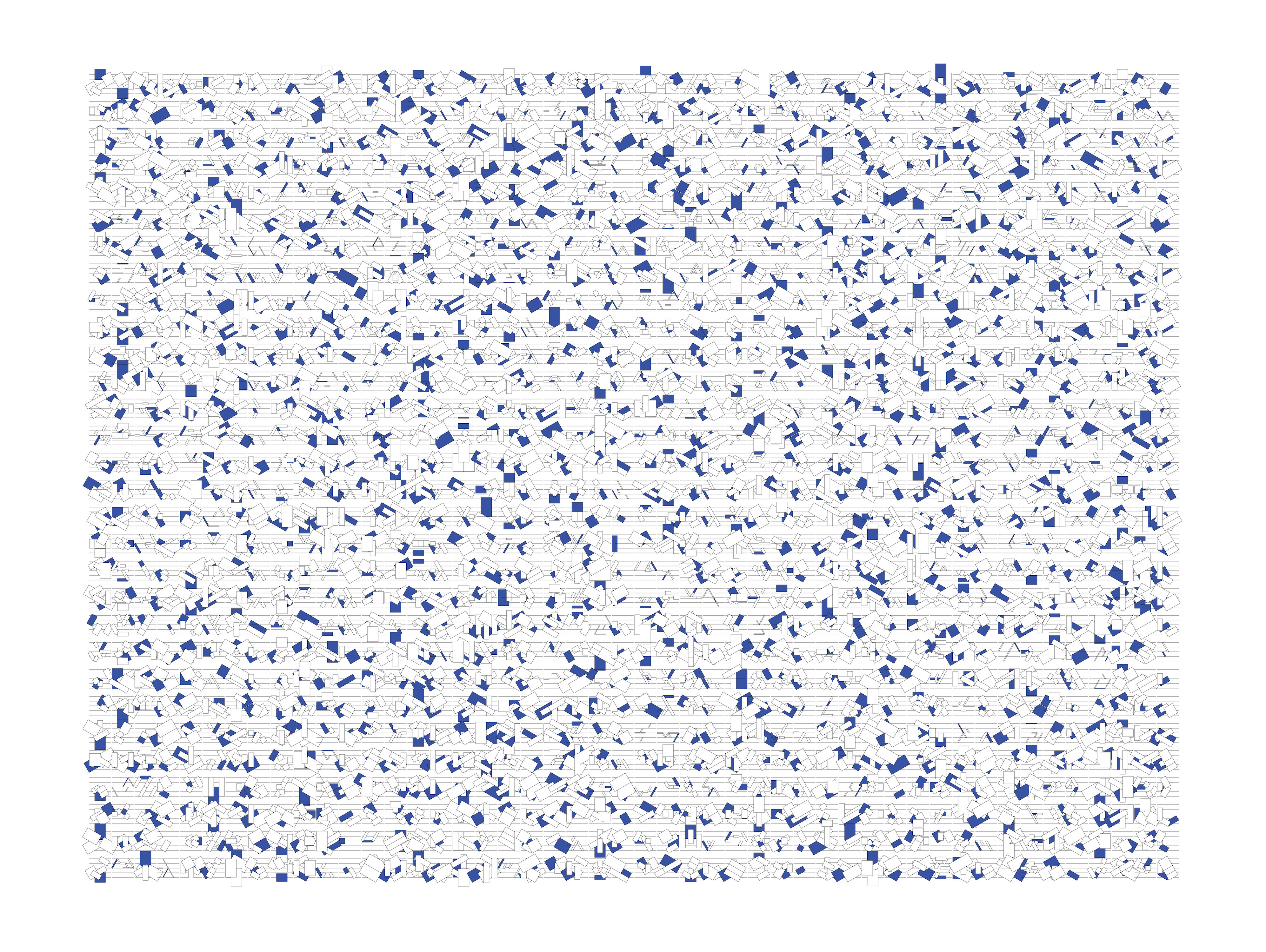 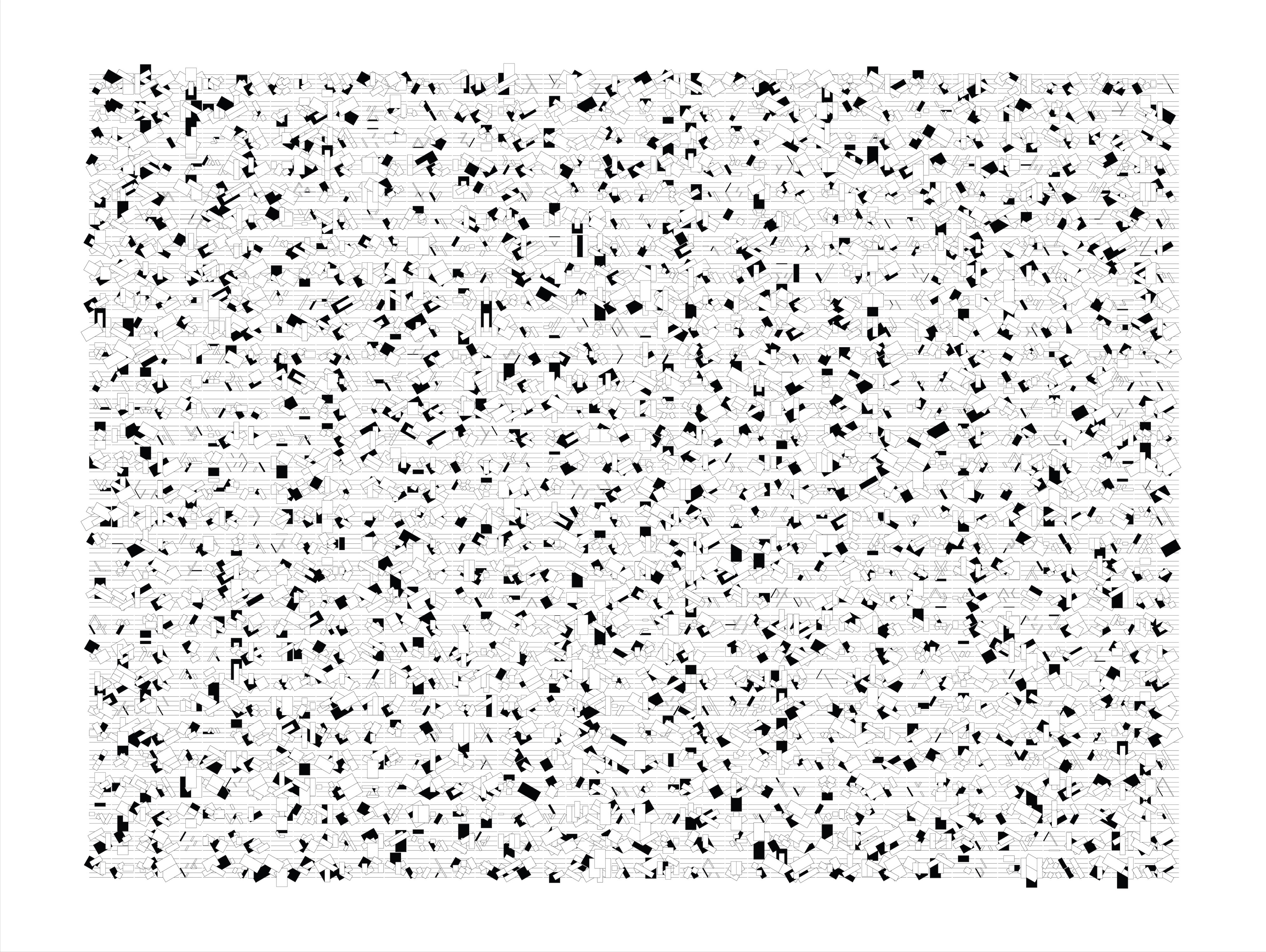 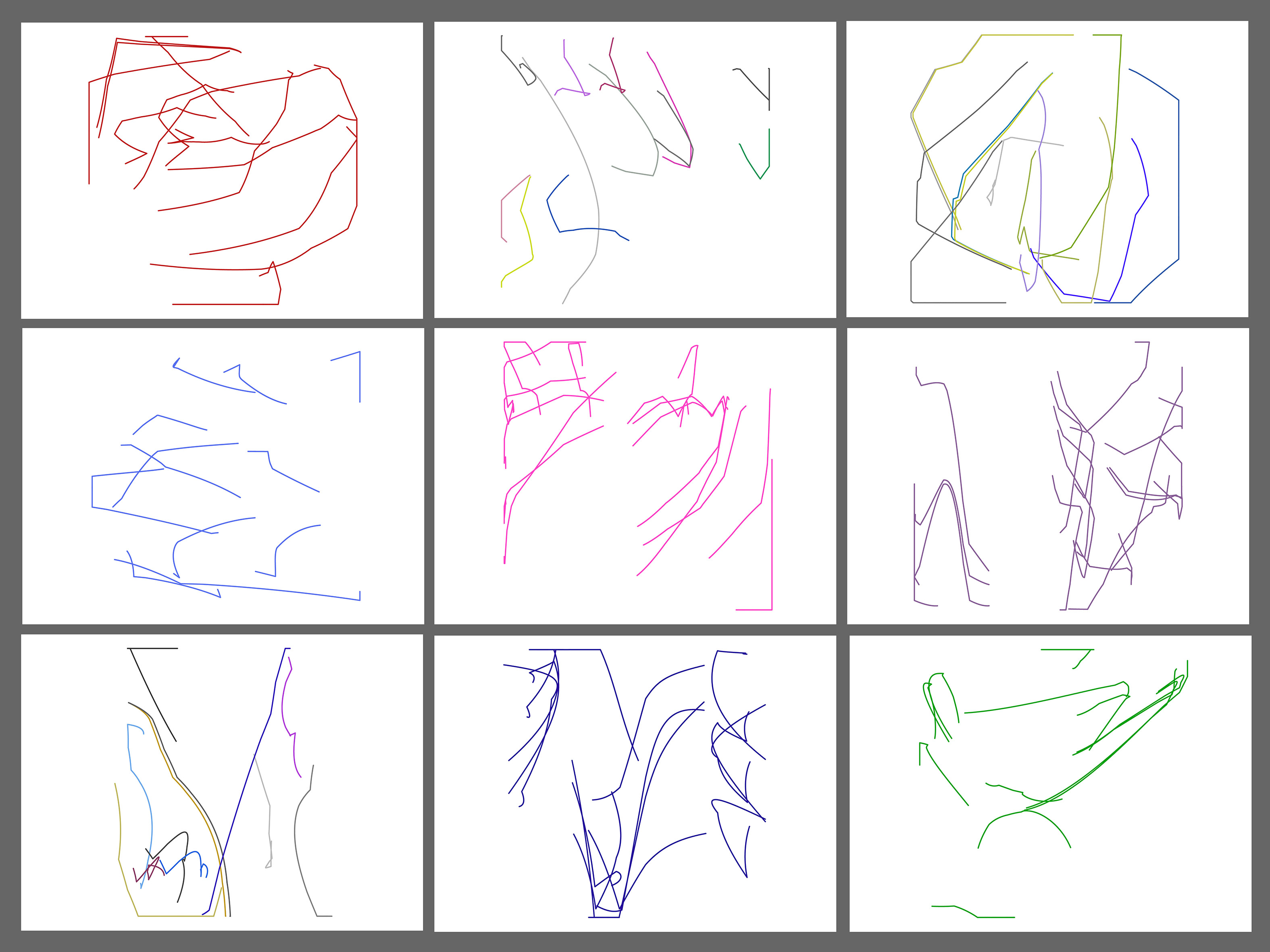 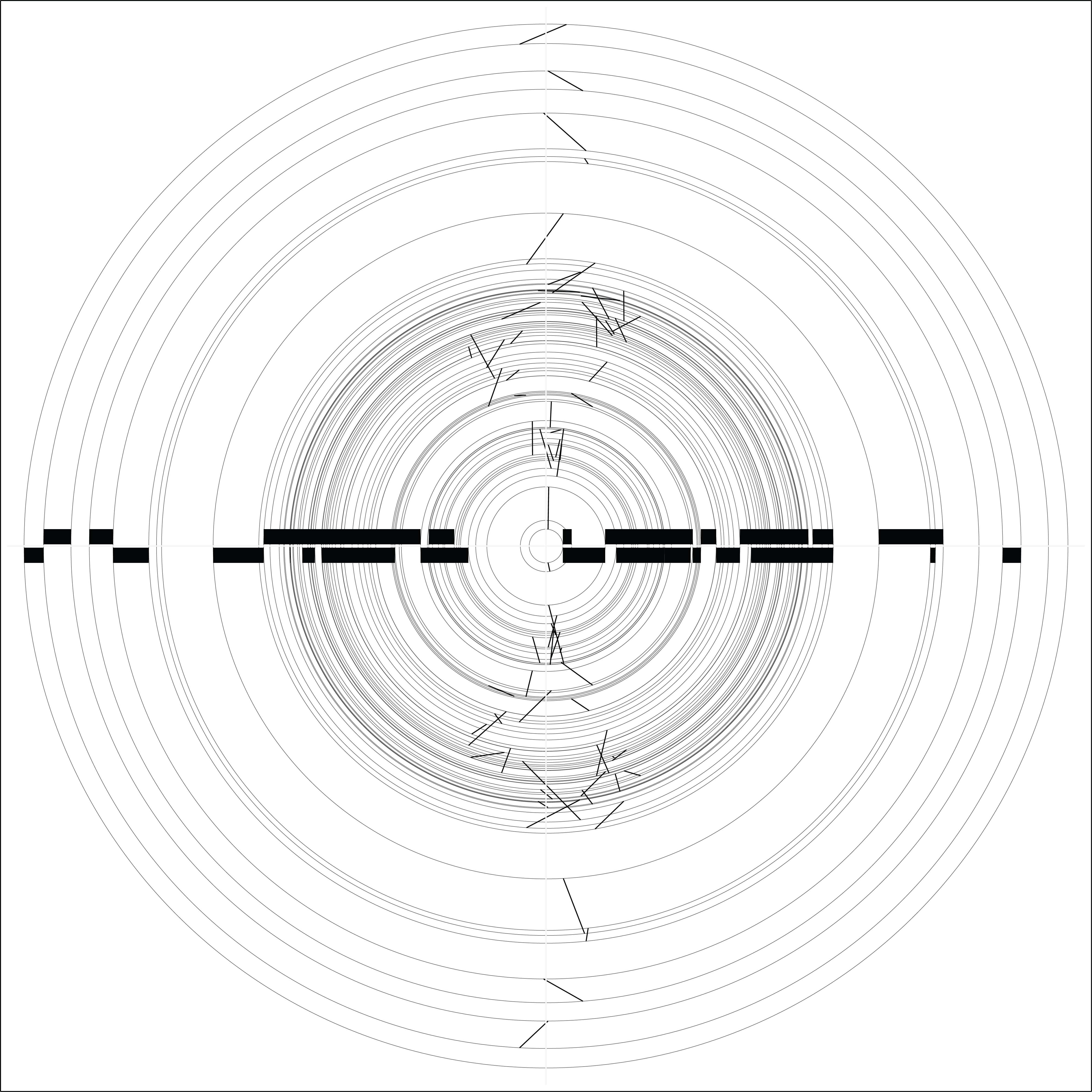 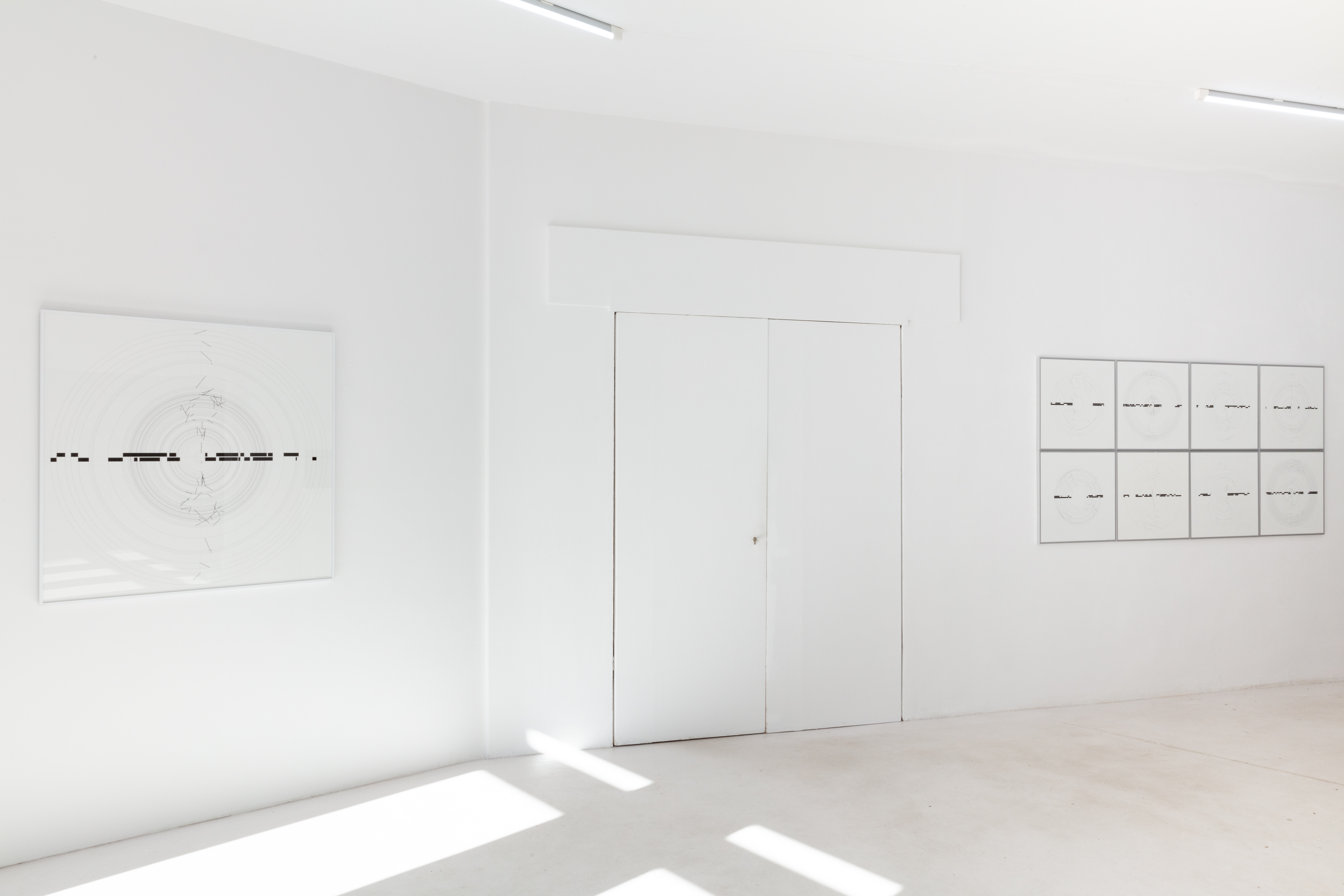 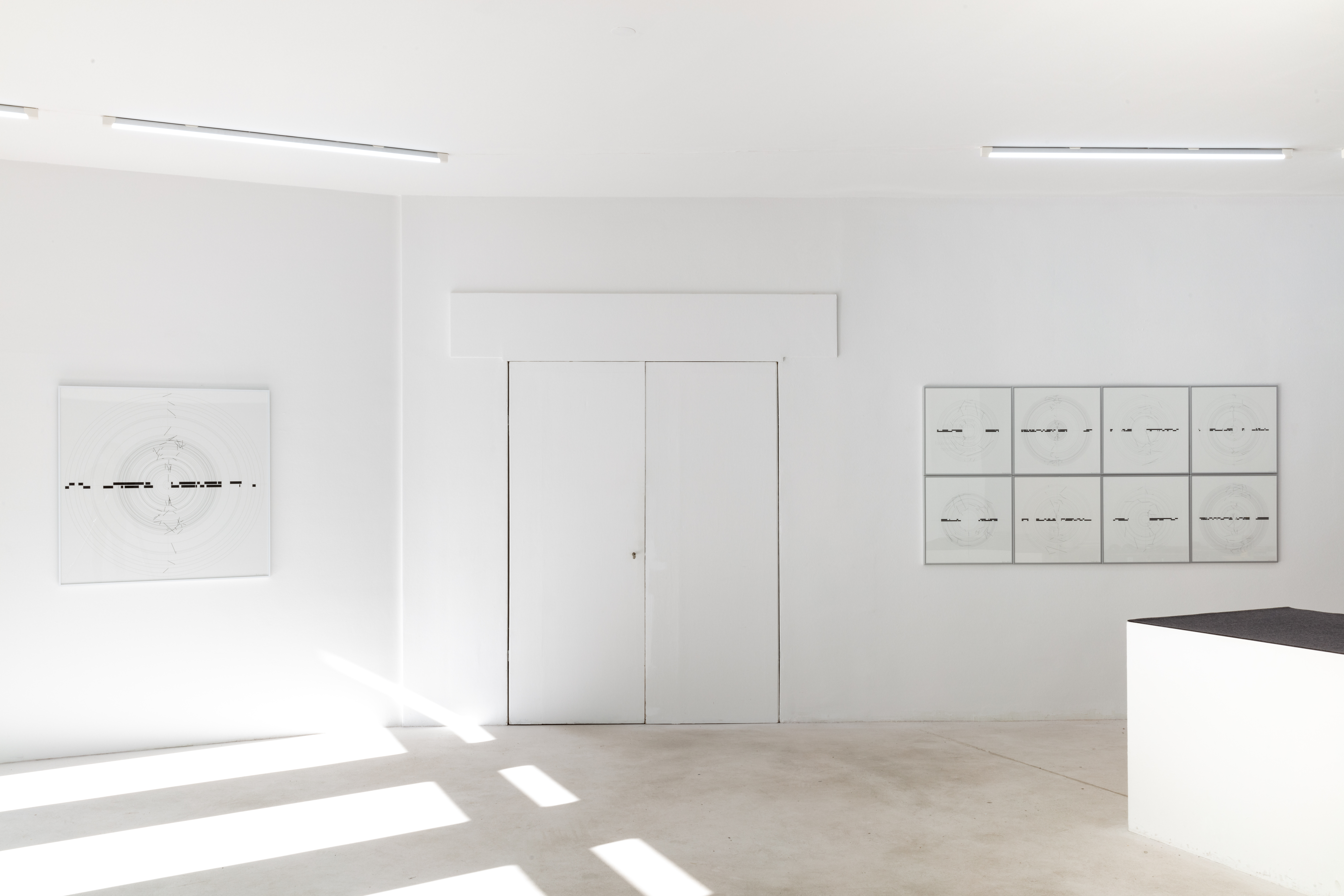 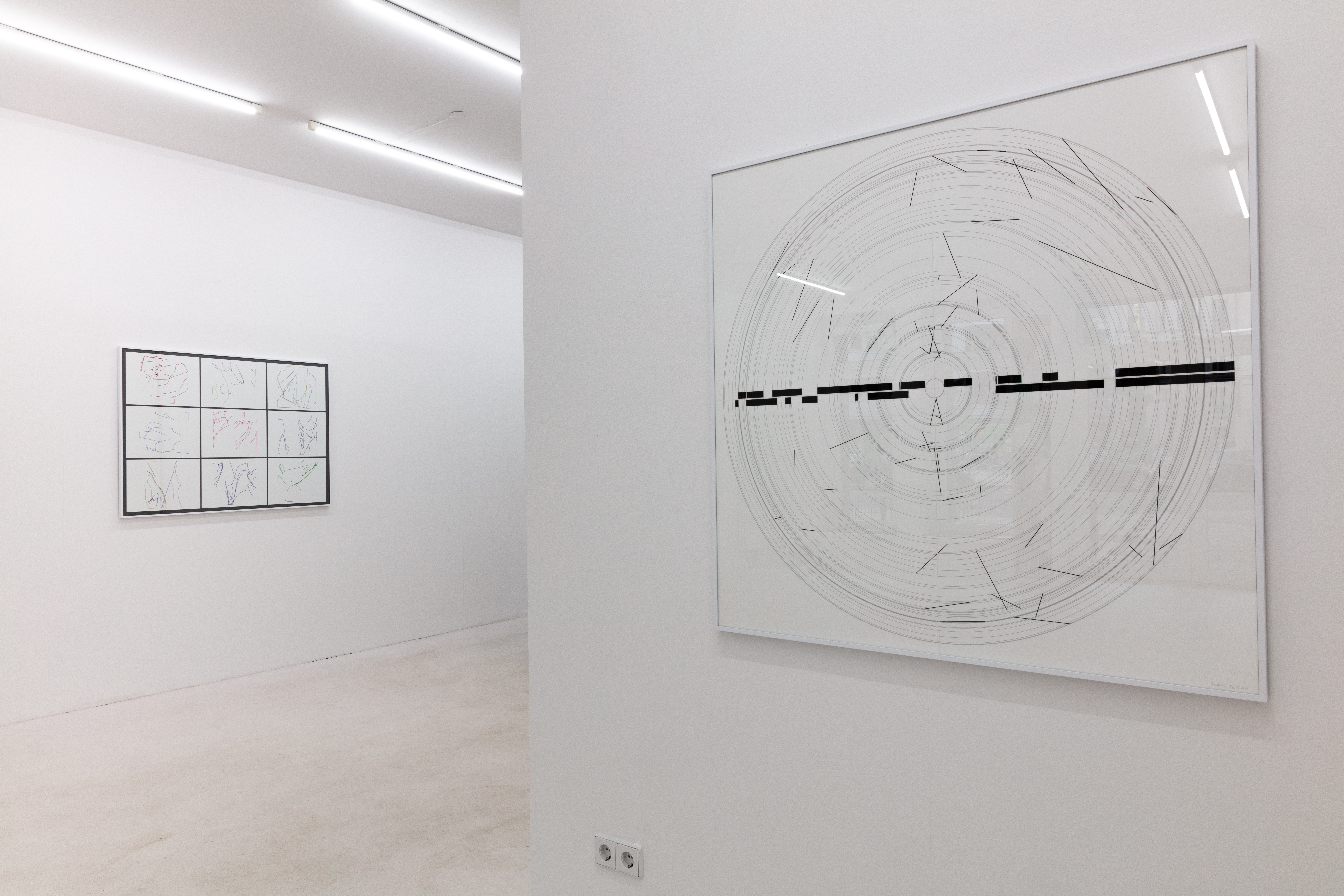 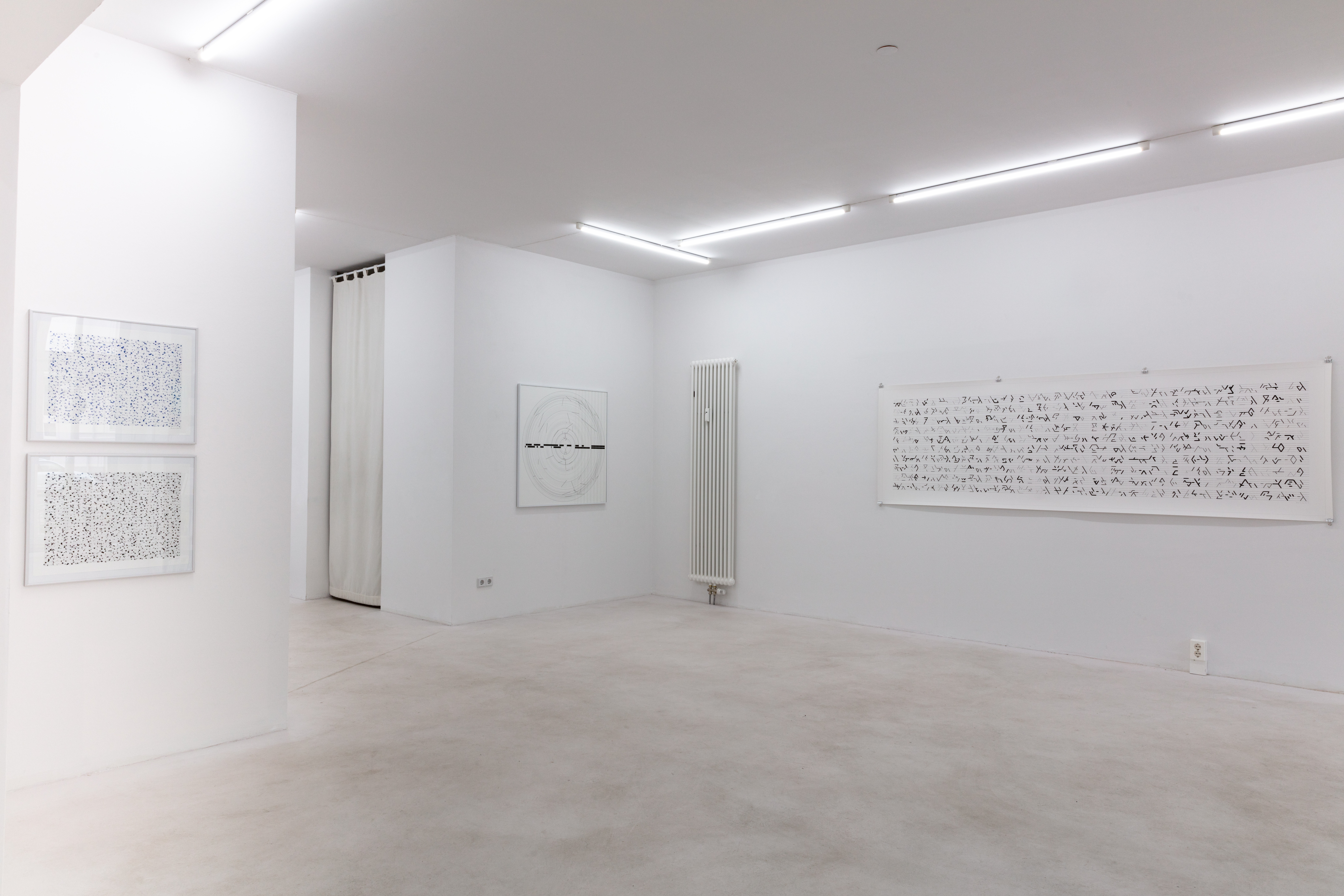 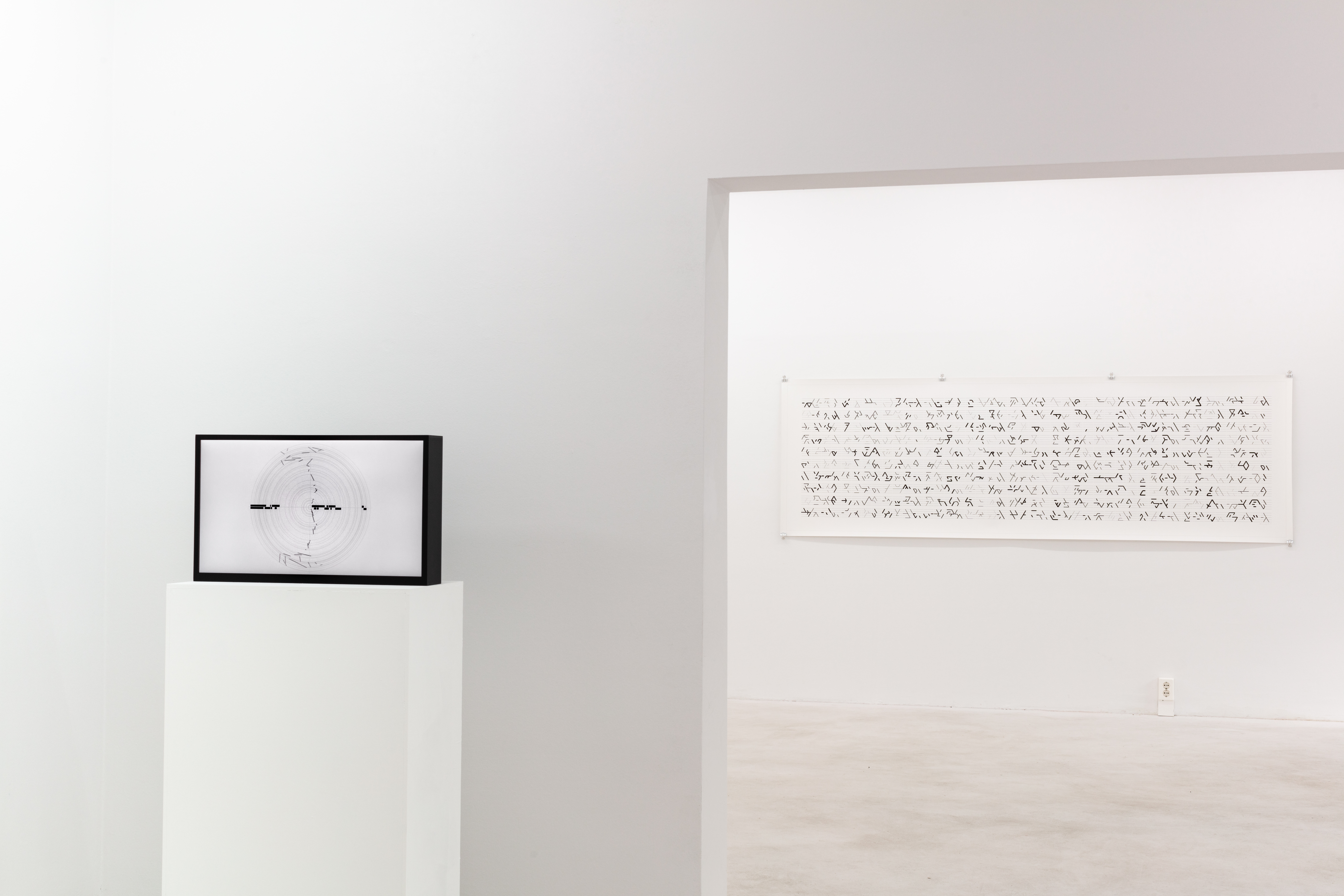 Manfred Mohr returns to Berlin for another solo-show of his newest developed algorithms. Here is what he says about the new aspect of his algorithm.

“Transit-Code refers to my many years of writing code in search of visualizing my artistic ideas. Of all the algorithms I wrote, not all of them were successful and often had to be rewritten or some times abandoned because I could not find a satisfying visual solution. I rarely deleted my code. I will publish in this forum sporadicly drawings from algorithms I had “given up” but went back to and gave them a second look. My artistic experience is the guide in finding new solutions for those originally unclear ideas. But once in a while, I am tempted to try (like with P1682) to get from a perfectly accepted solution more than one answer.”

“Another facet of his vizualisation is the new P 2400 series:”The first version of the algorithm from 1978 did not include the possibility of rotating the 4-D hypercube. In rewriting the code I got inspired by graph-theory and immediately found with this the solution I was looking for. This algorithm generated successful programs like P224, P225 and P226 from which I made many drawings and paintings. Years later in 1987, I wrote another version of this code by introducing the 4-D rotation of the hypercube which generated again a successful workphase Dimensions-II, see P411a, or P411b. In 2017, out of curiosity, I had a new look at the first version of my code from 1978 and suddenly became interested in pursuing this handicap of “no-rotation”. I used the original code with its rigid position of 45-degrees in all angles and directed the algorithm into a different visual solution. Again, the basic 32 lines which constitute the hypercube are divided into 4 sets, but this time the elements are called randomly and placed in a linear visual 4/4 rhythm.”