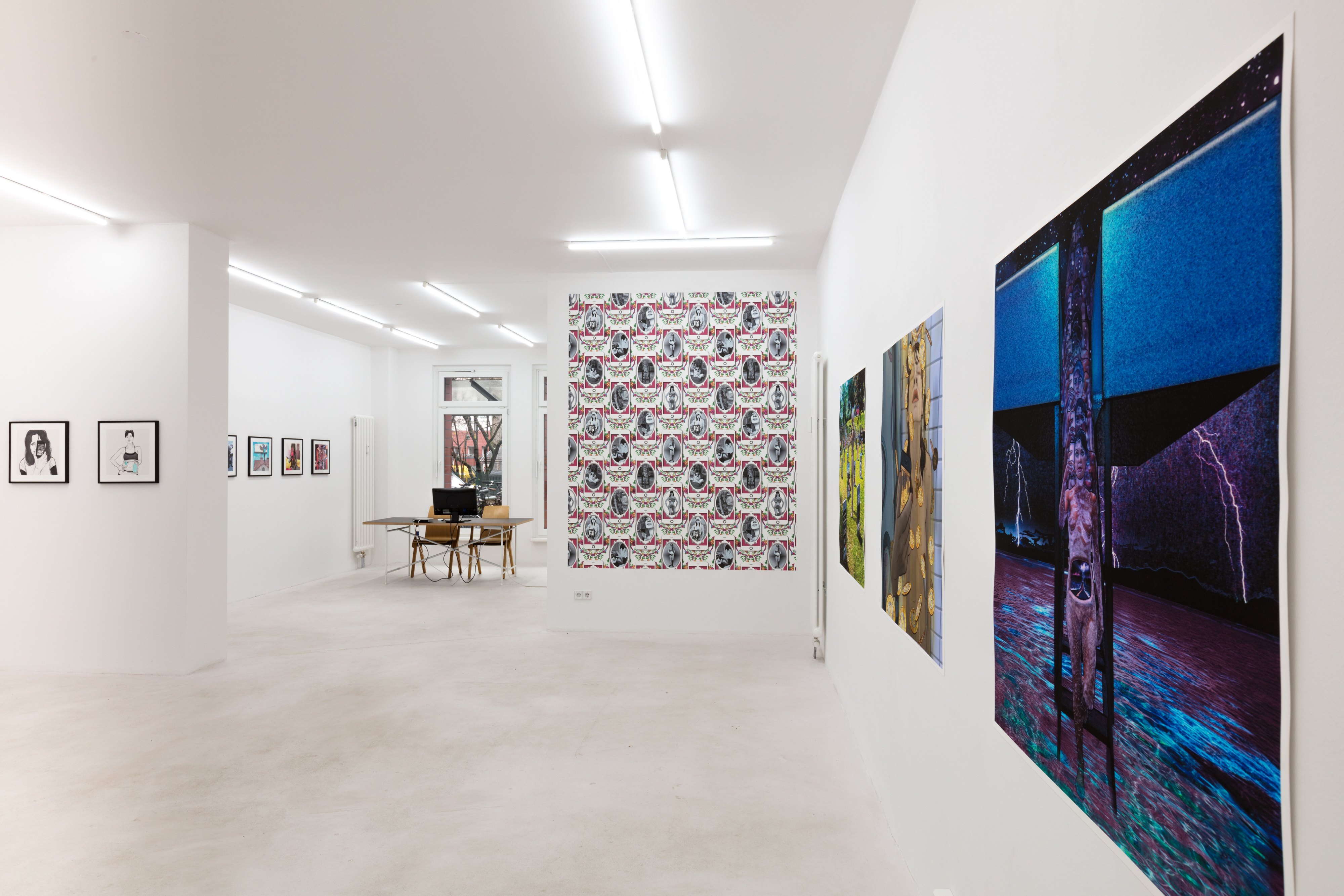 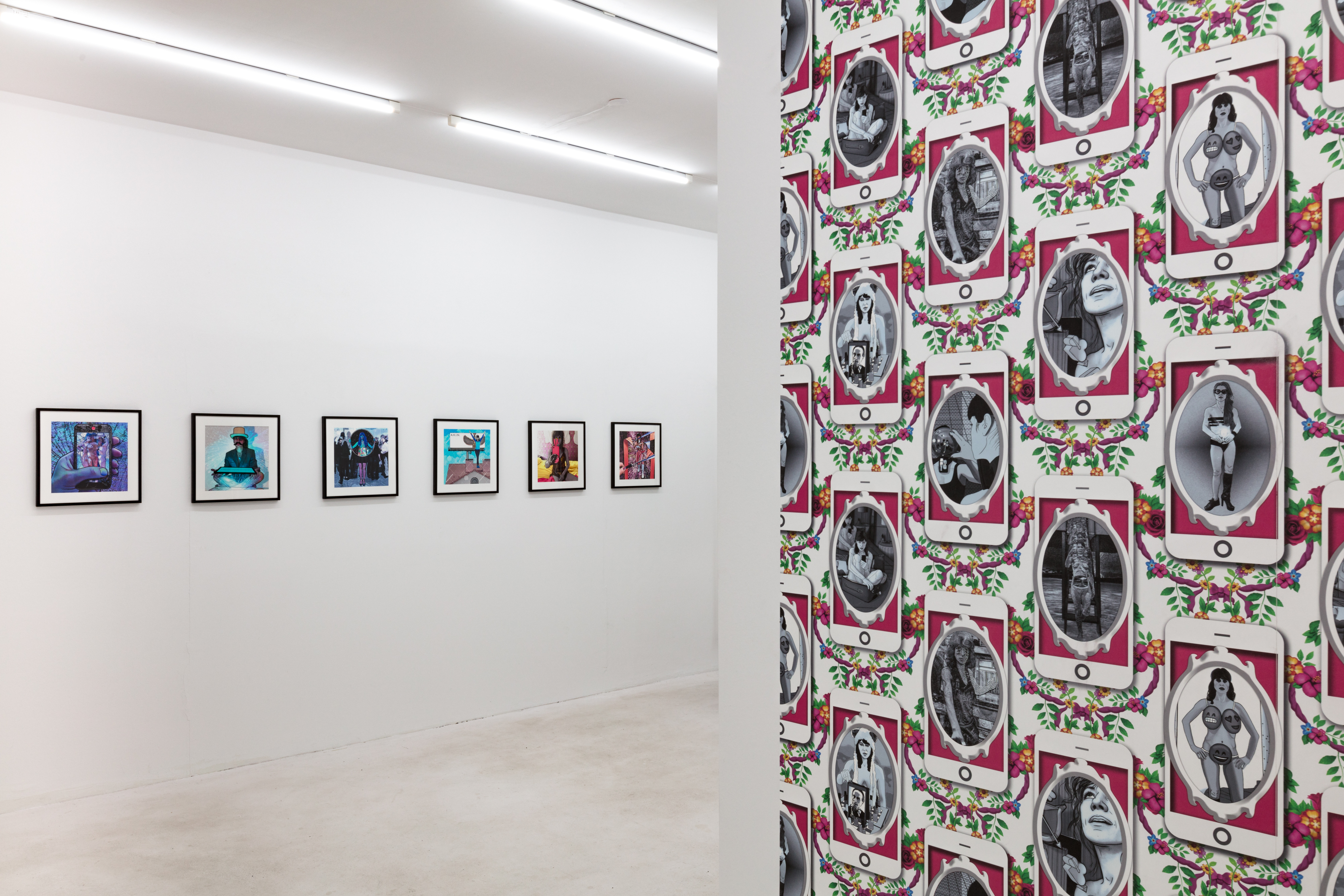 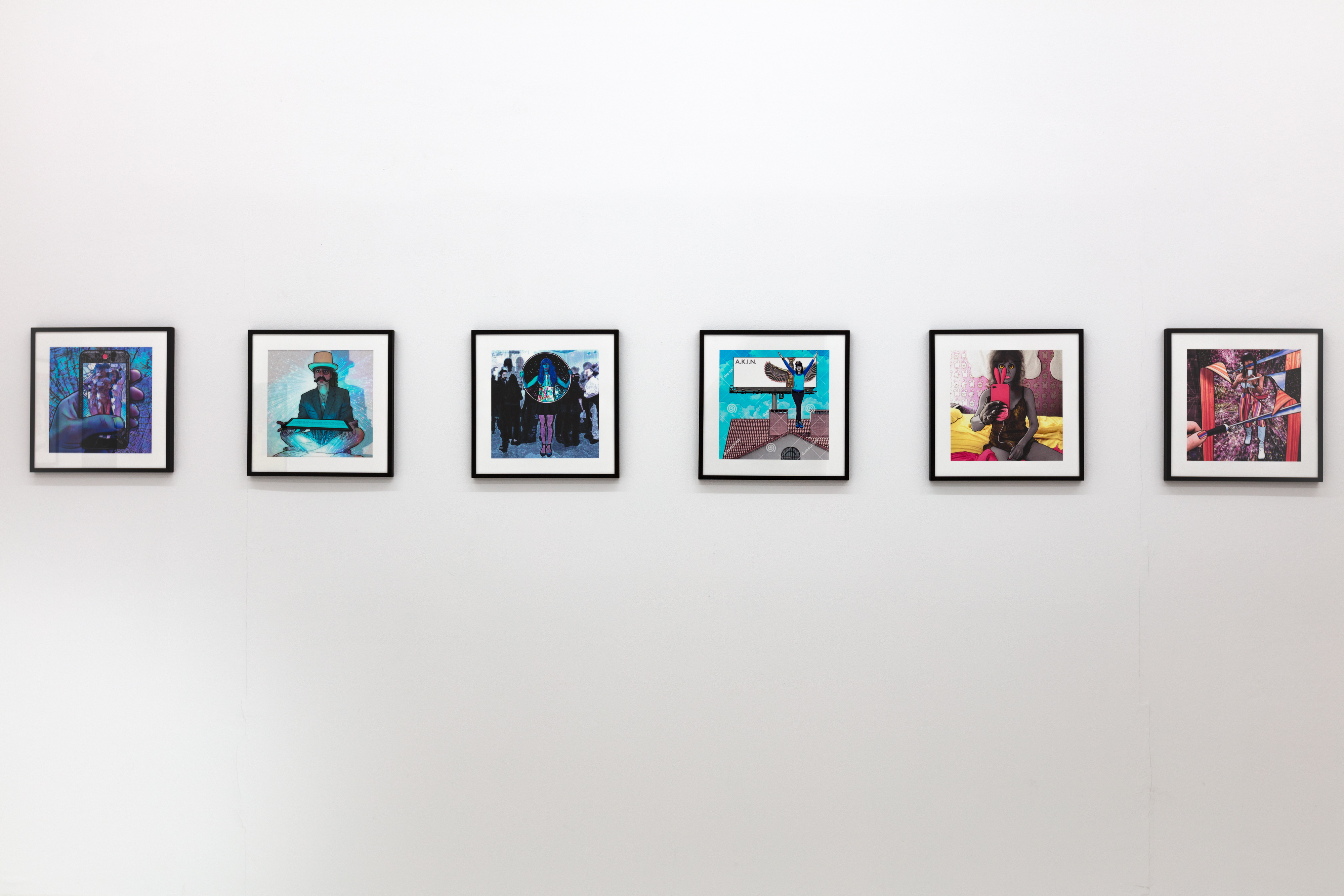 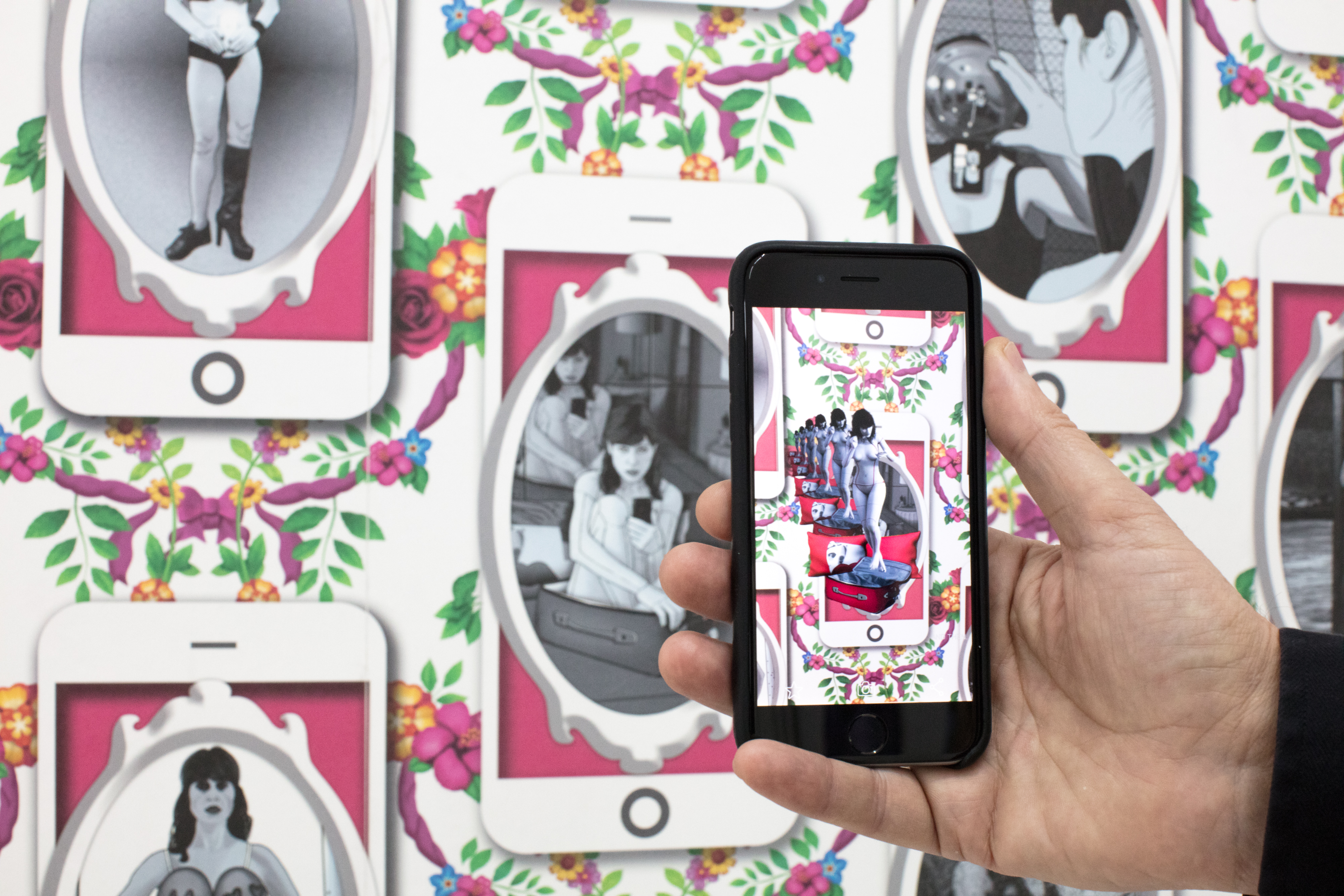 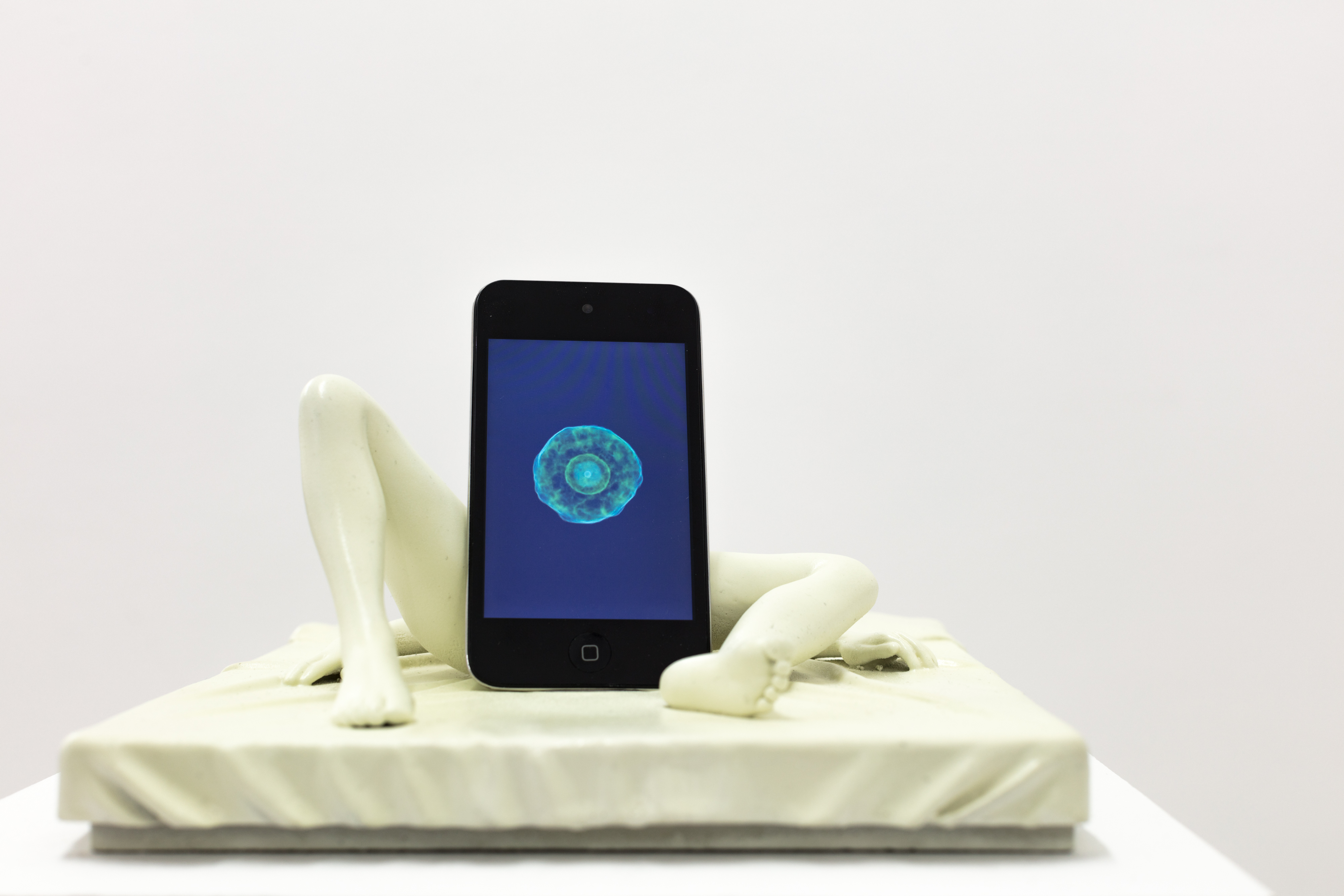 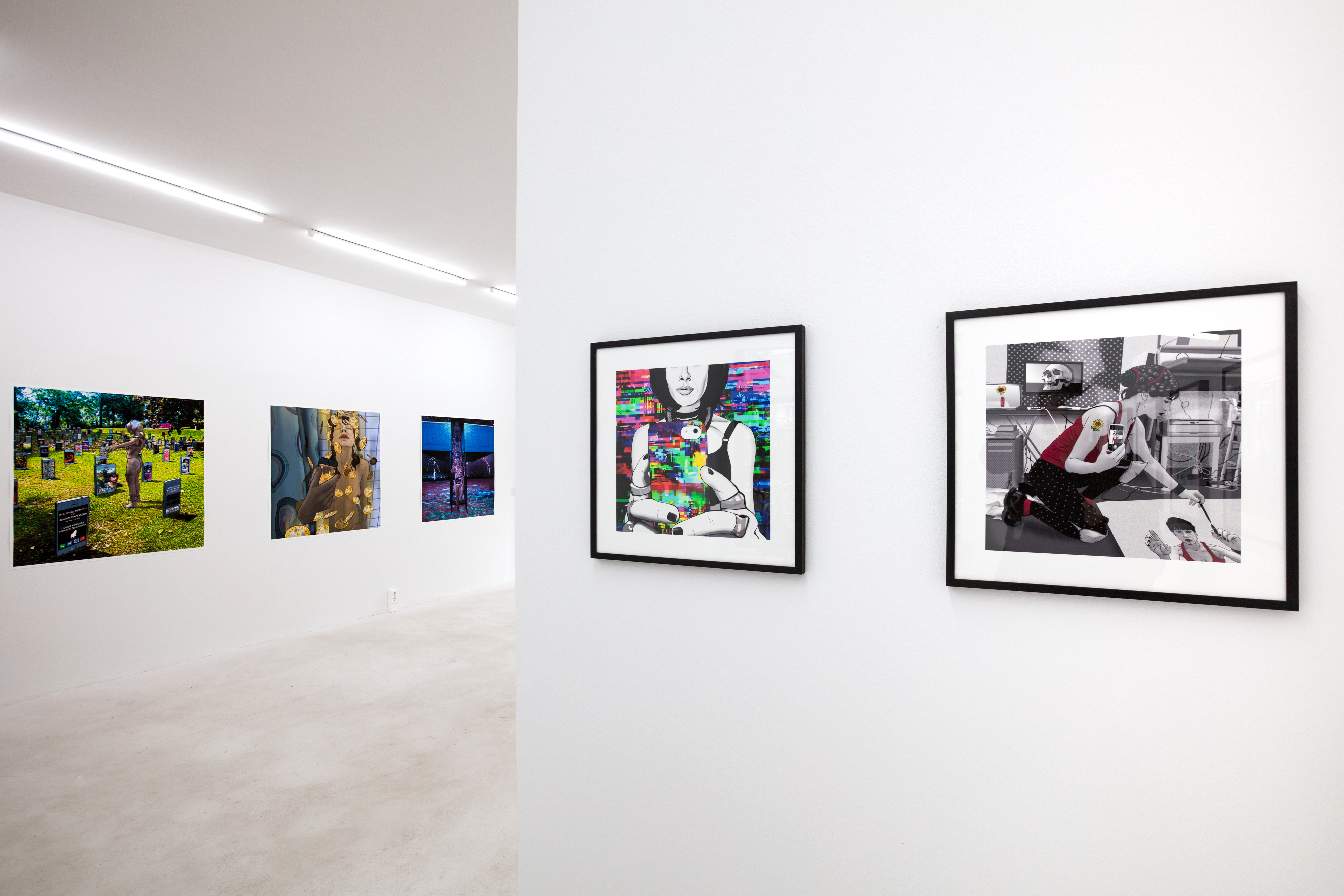 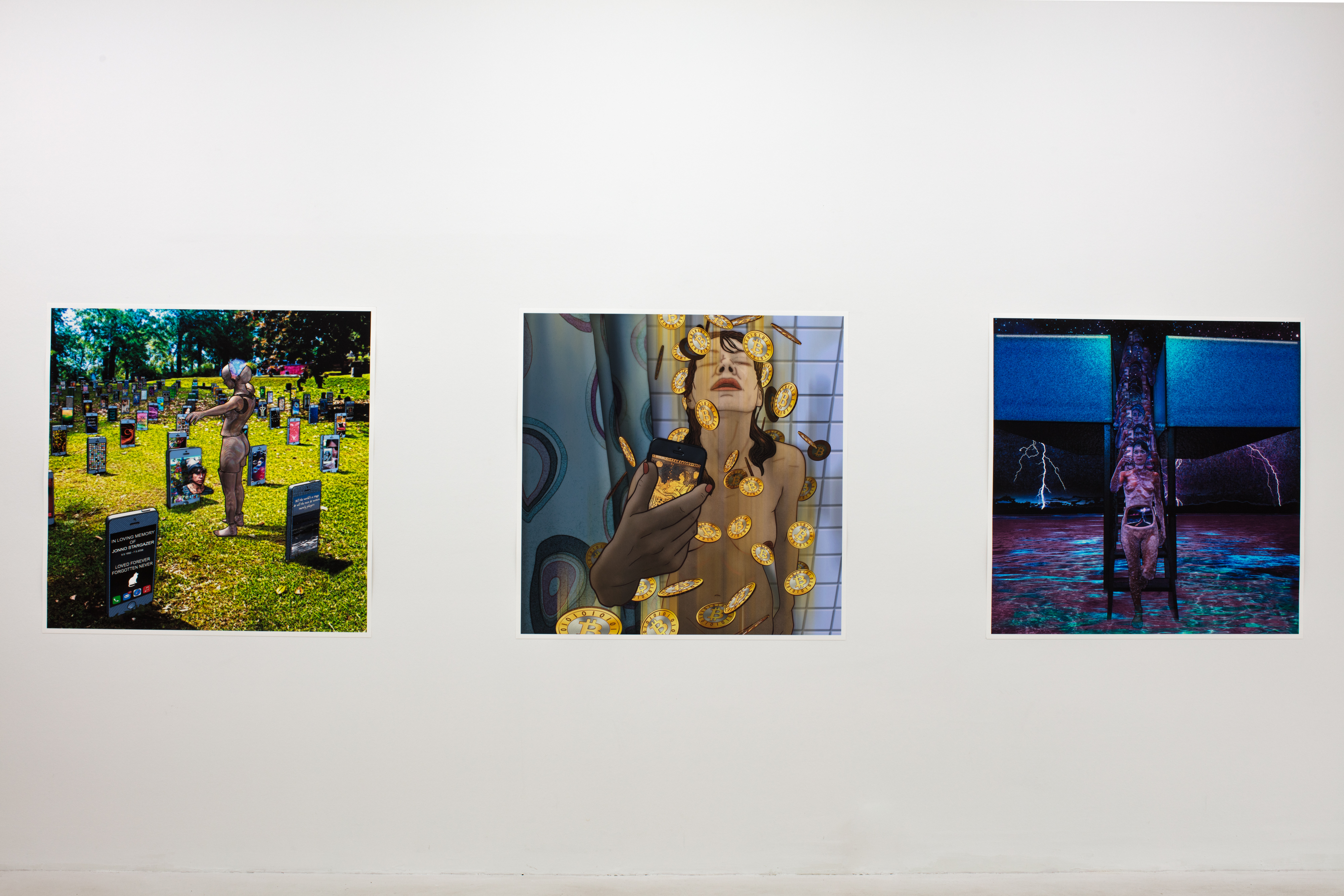 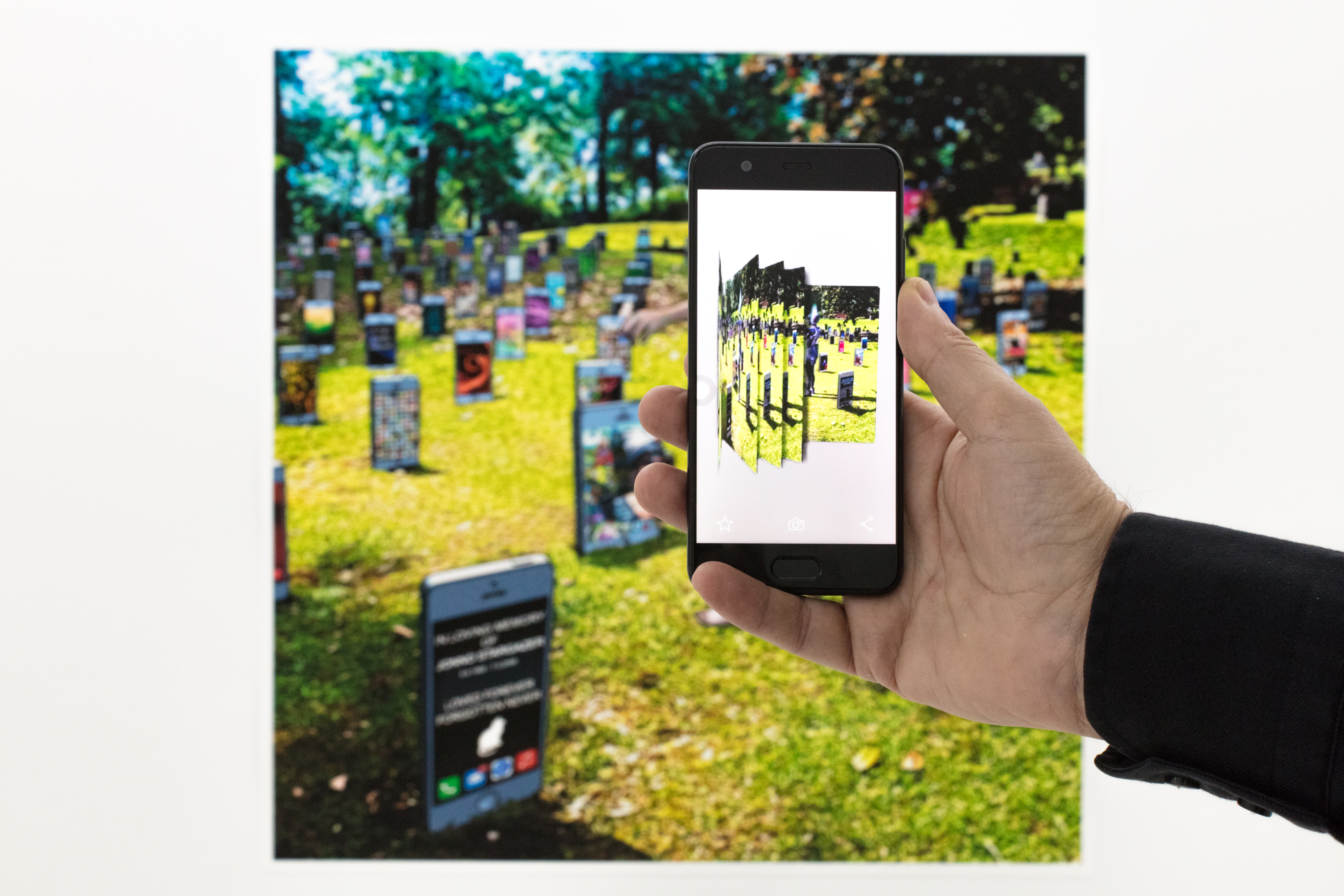 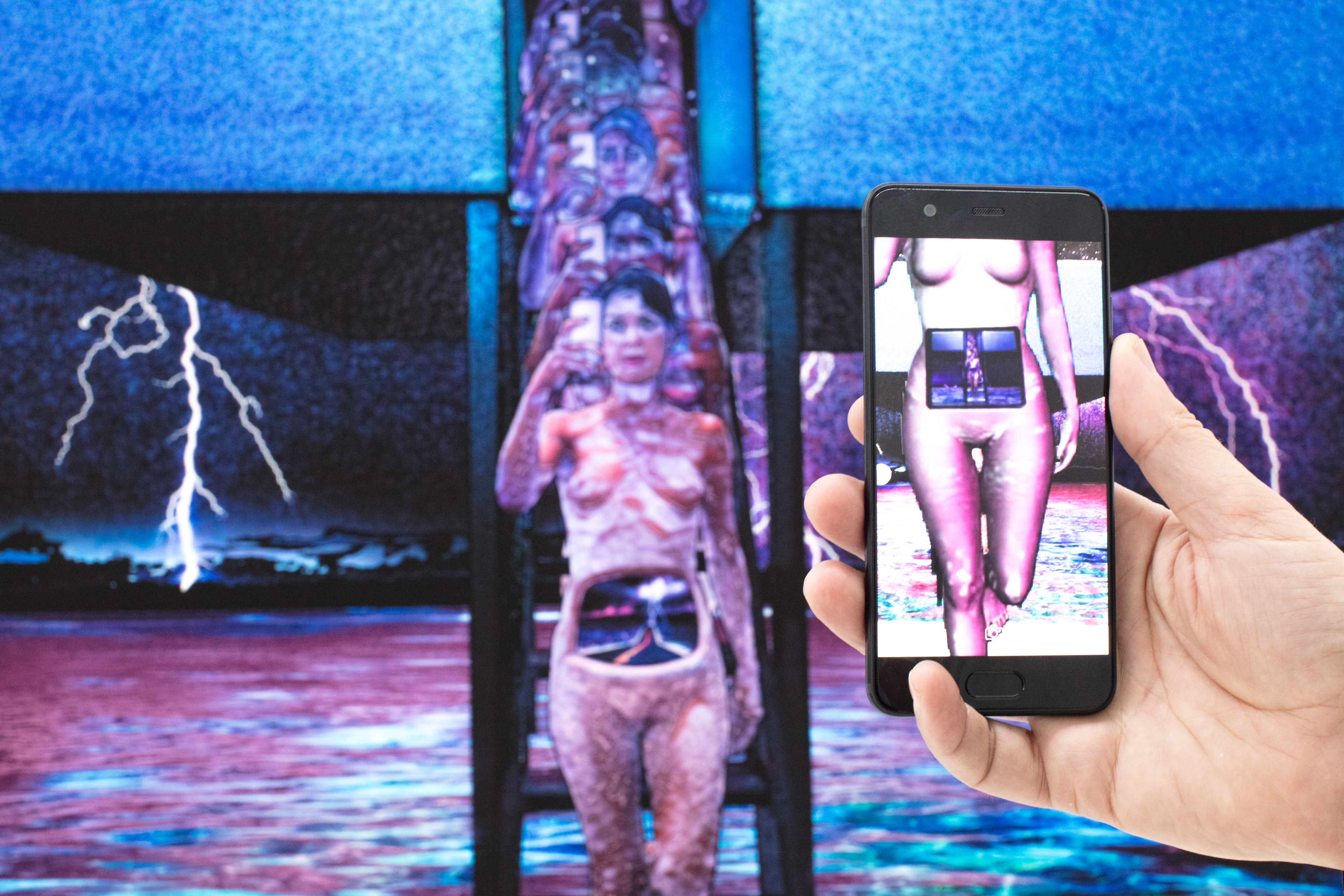 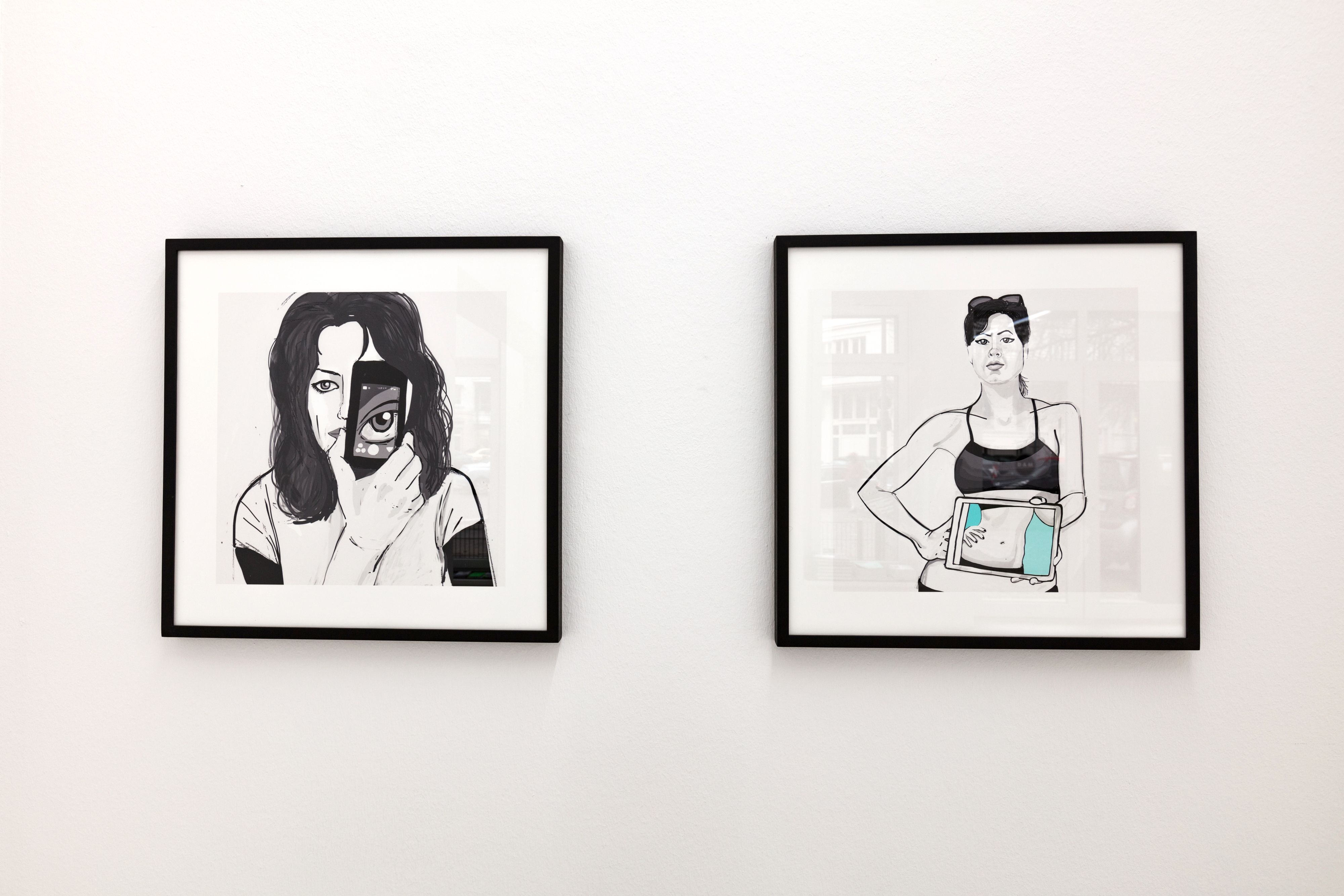 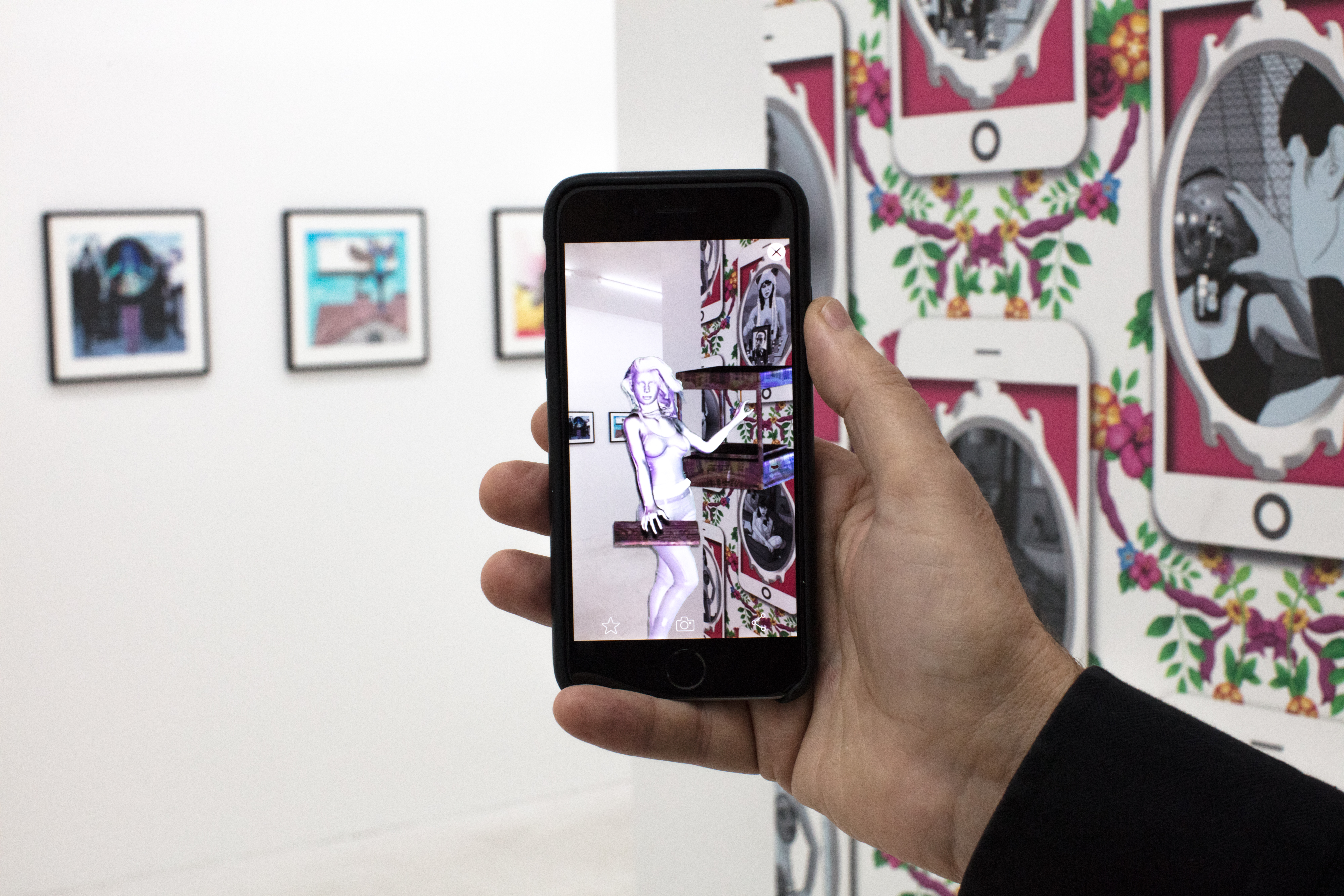 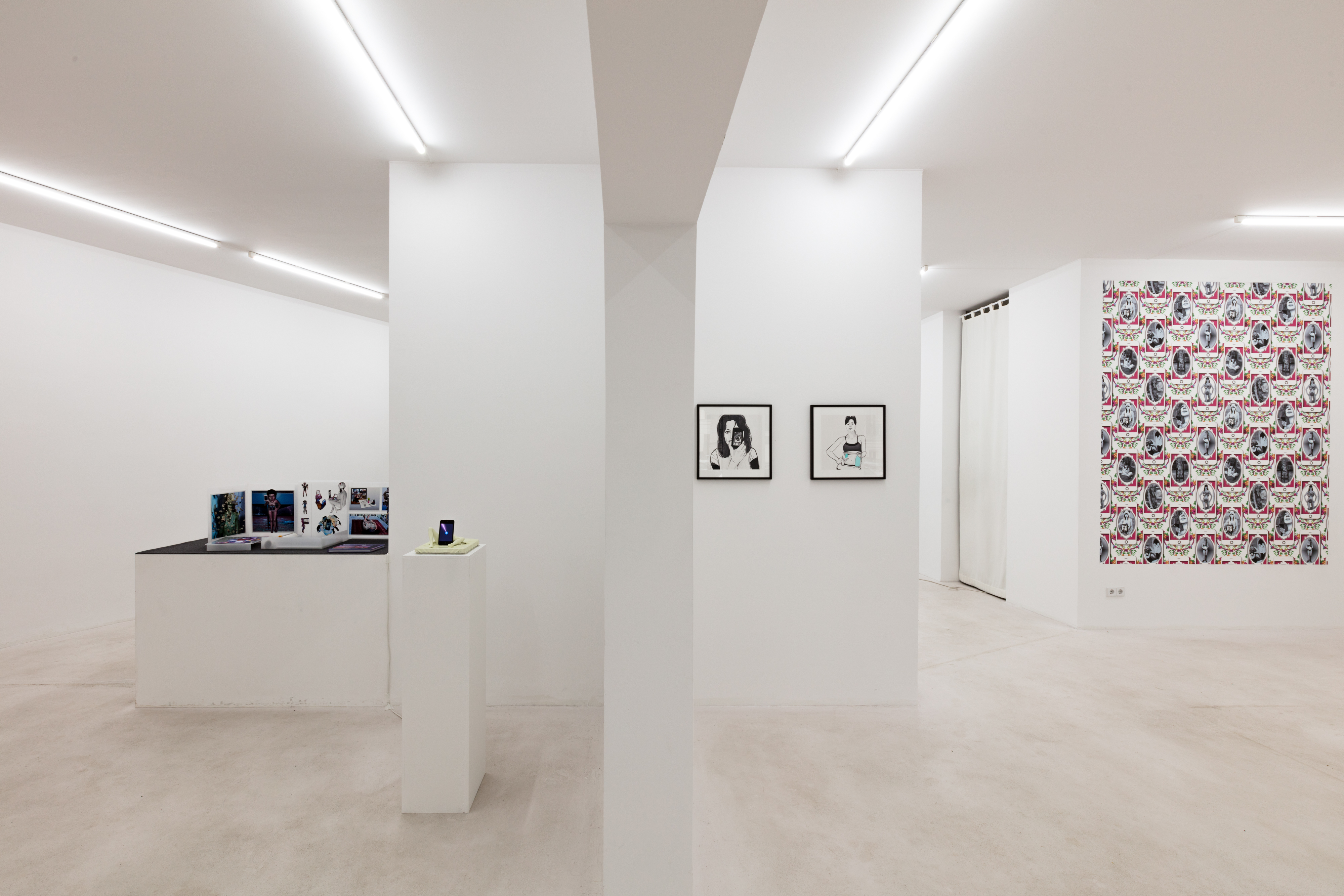 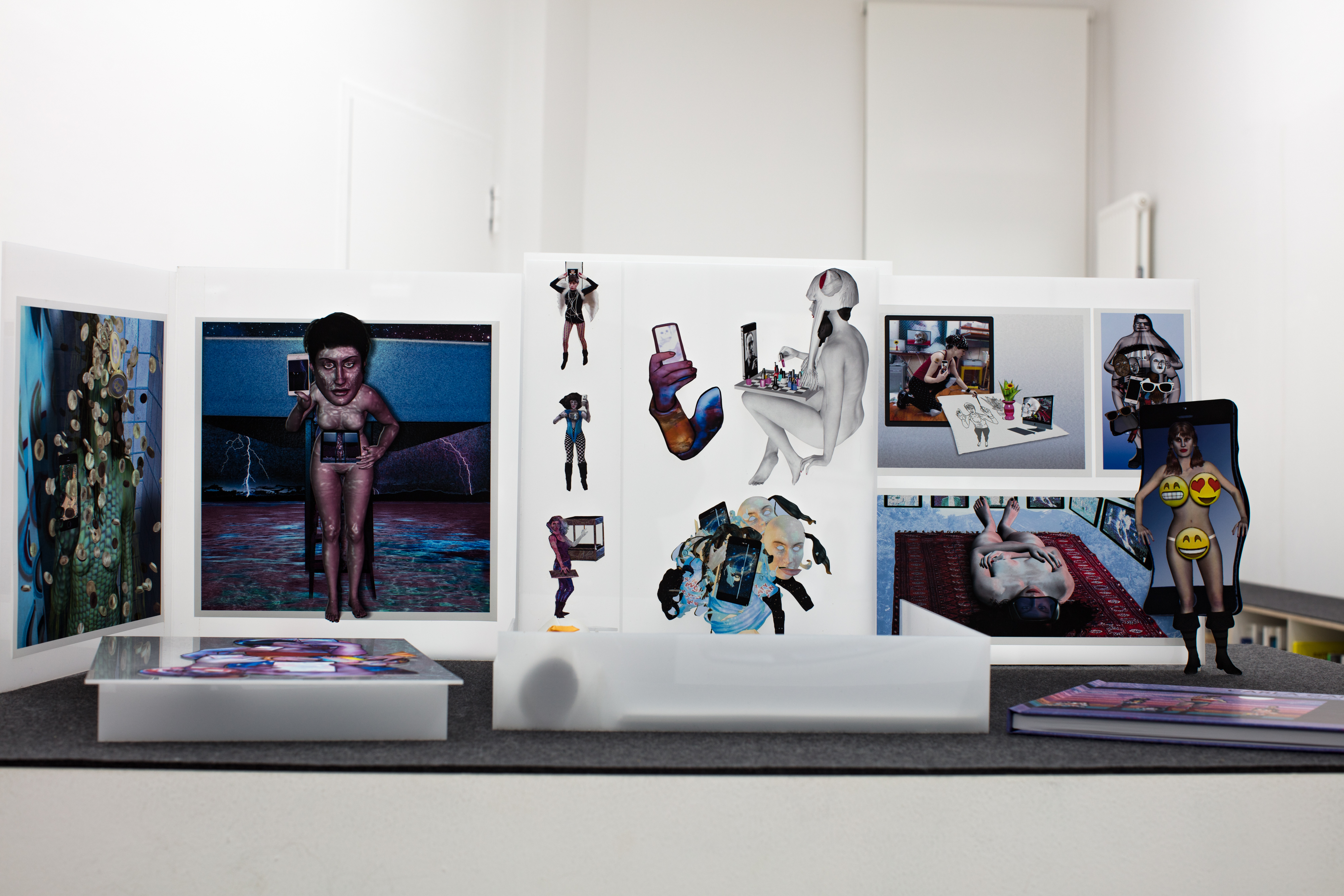 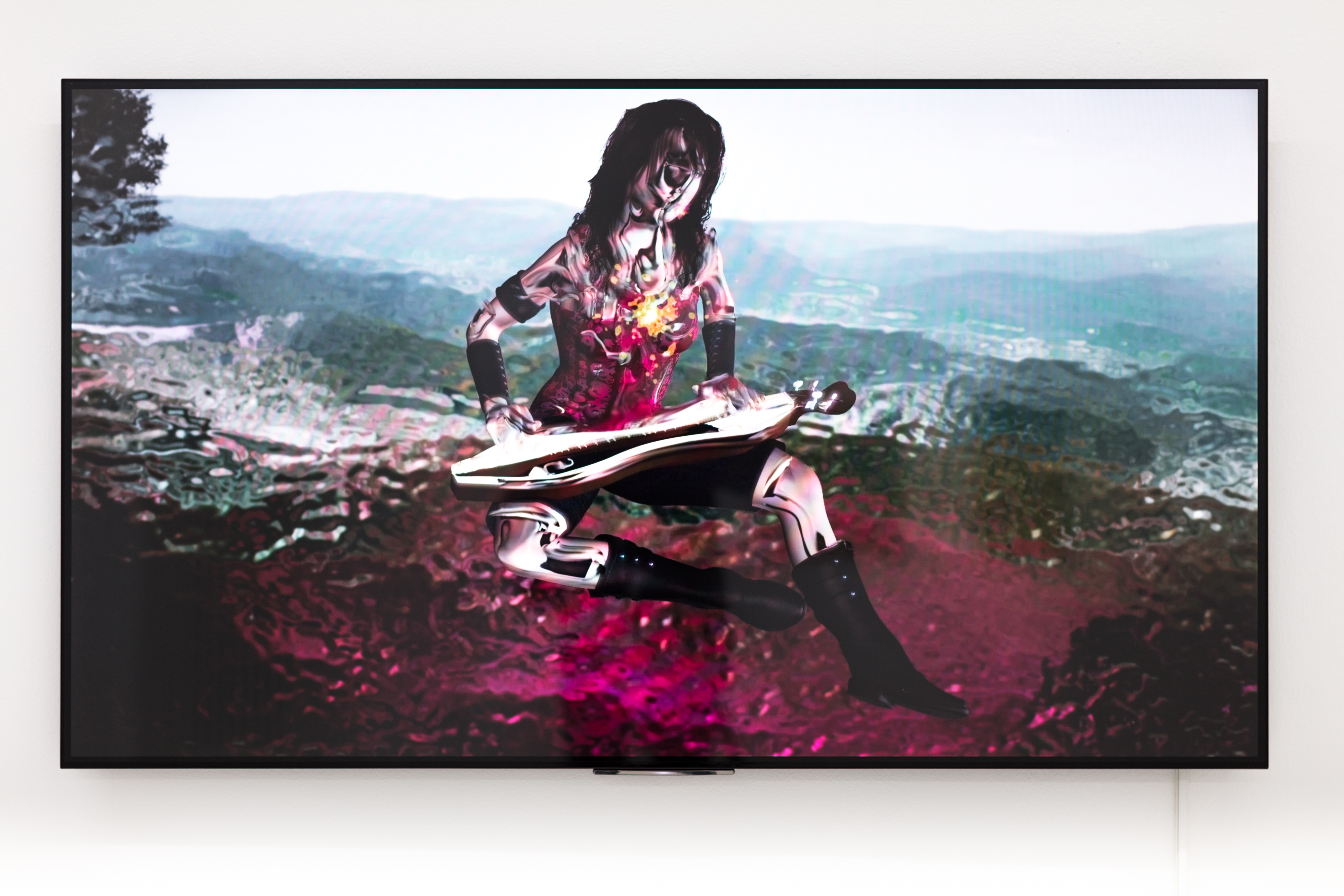 Carla Gannis – Solo Show
“Until the End of the World”

In the early 1990s Gannis shifted away from traditional paintings to producing digital print and multi-media installations. Since then, her work „examines the narrativity of 21st century representational technologies and questions the hybrid nature of identity, where virtual and real physical embodiments of self diverge and intersect.“

Gannis’s work does not just gain historicity with her paraphrases of masterpieces such as Courbets “Origin of the World” but in how she persistently constantly challenges our perceptions of femininity, identity and aesthetics.

For the DAM exhibition, Gannis provides new hybrid transcriptions of the Selfie project, including her augmented reality wallpaper installation “The Selfie Wallpaper“ and the 3D animated video work “Until the End of the World,” for which the exhibition is eponymously titled and which enhances a narrative component to the selfie project. Inspired by a sequence in the 1991 Wim Wenders film “Until the End of the World” where a woman is addicted to watching her dreams in a small, handheld device, Gannis explodes the concept into an operatic mash up that addresses the digital identity politics of our age.

“The Selfie-Drawings”, the term is paradoxical in itself, is a collection of 52 digital drawings that the artist completed over 52 weeks. From January to December 2015, she concentrated intensely on “the self” through digital or analog drawings and their dissemination via social media platforms. These pieces of work consequently informed the video installation project „A Subject Self-Defined“ and were later on expanded into augmented reality experiences.

Not only is the artist’s face shown but the technical devices used in order to take her selfies.

Since one can assume that every viewer is aware of the technocultural conditions surrounding Gannis’s process the work should be understood as a conscious interplay between portraitist, portrait and the camera itself.

Gannis added another level of reflection by publishing „The Selfie-Drawings“ as a physical book.
The readers can hover over the static drawings using the Blippar App to experience a new dynamic 3D reality on their phones, a revification of the static book experience.

Introducing the Artist: 8 pm, Saturday the 11th of November 2017