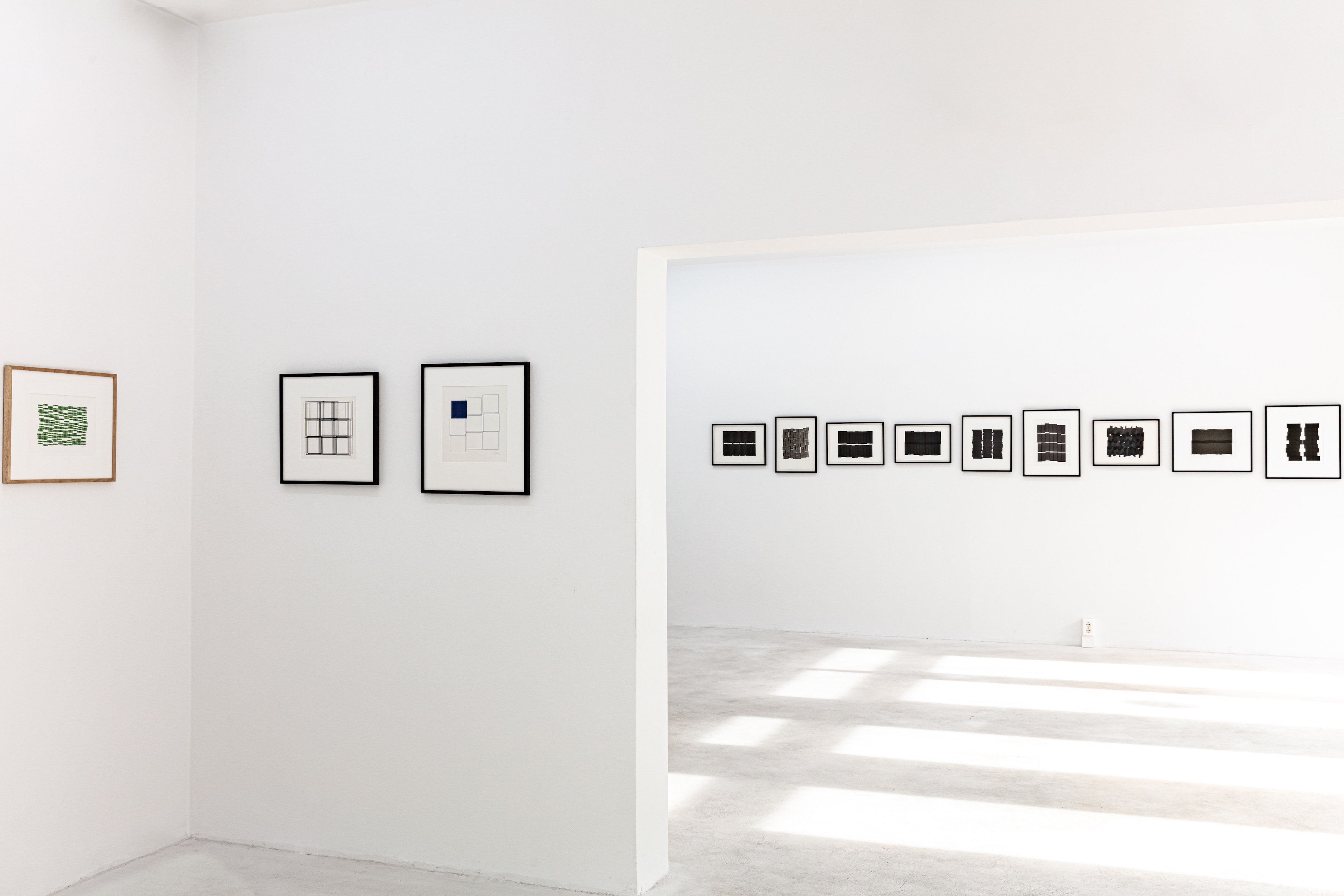 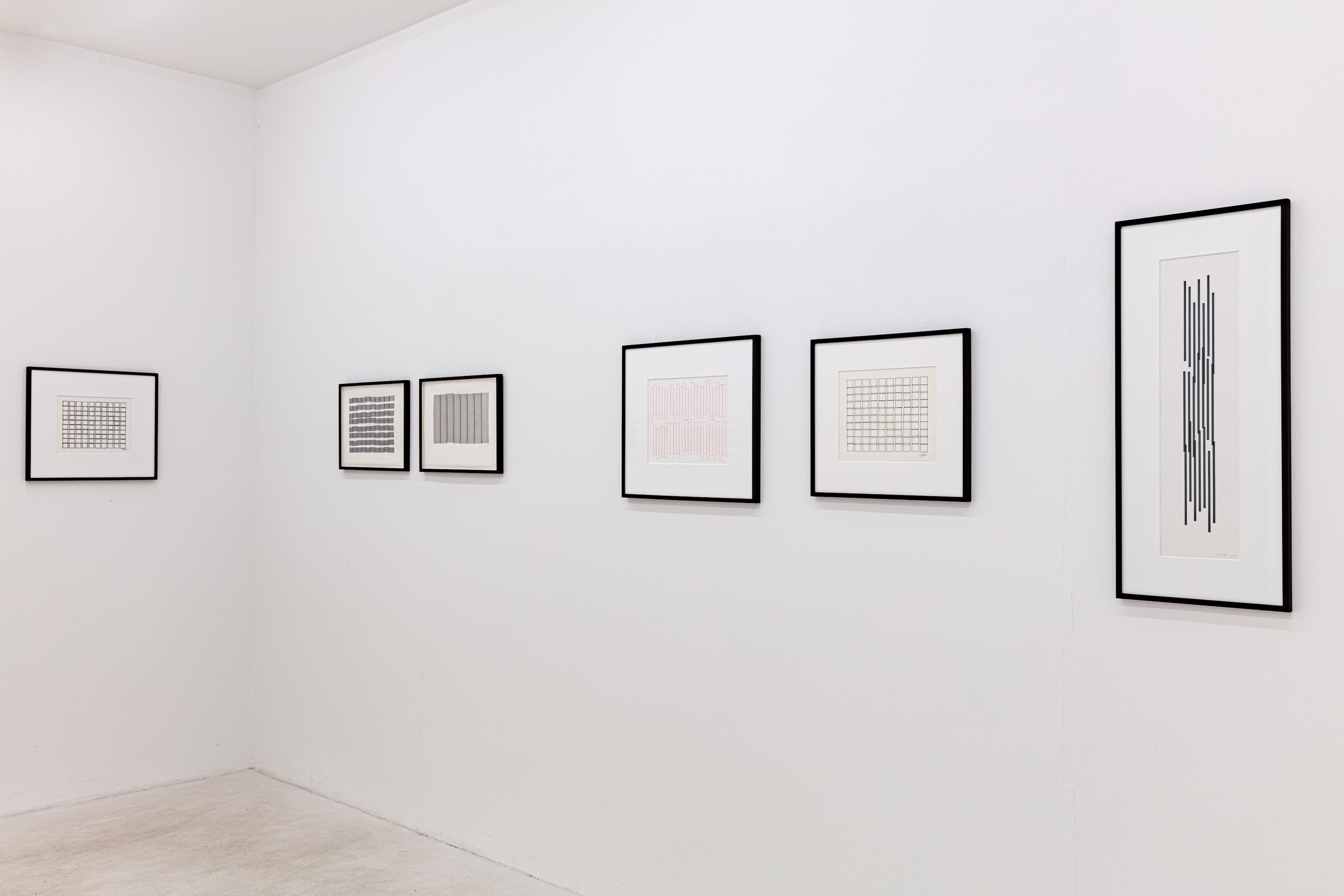 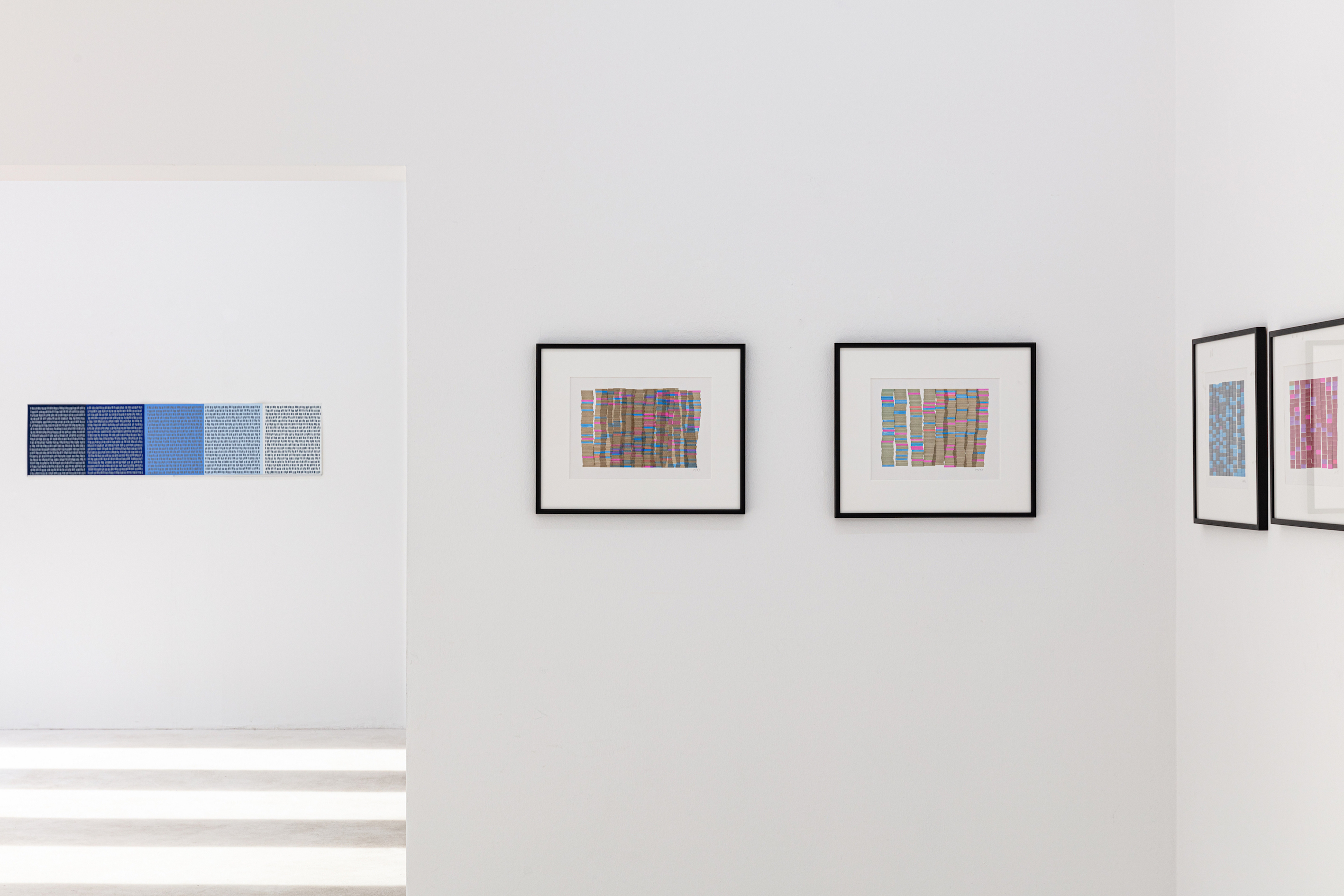 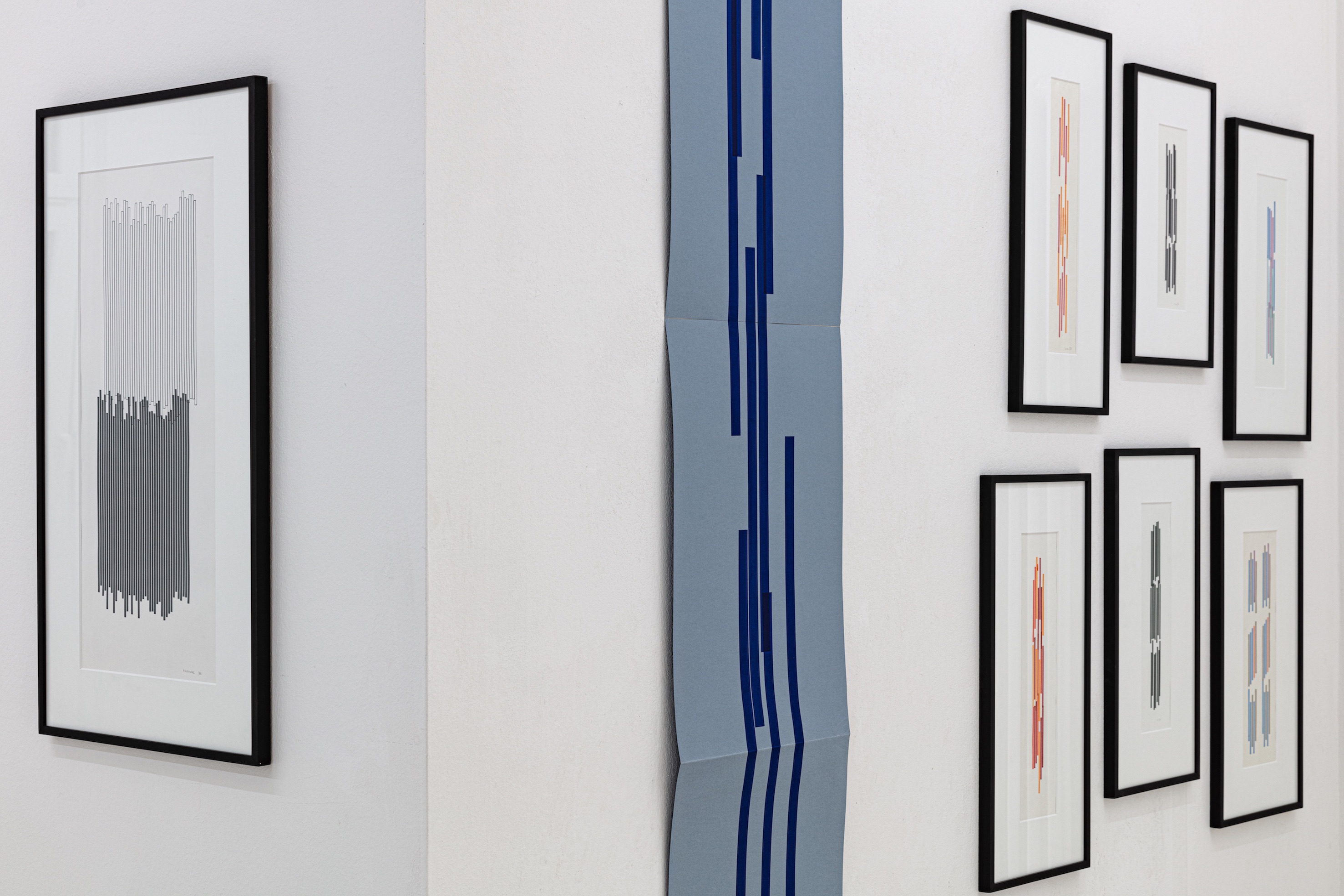 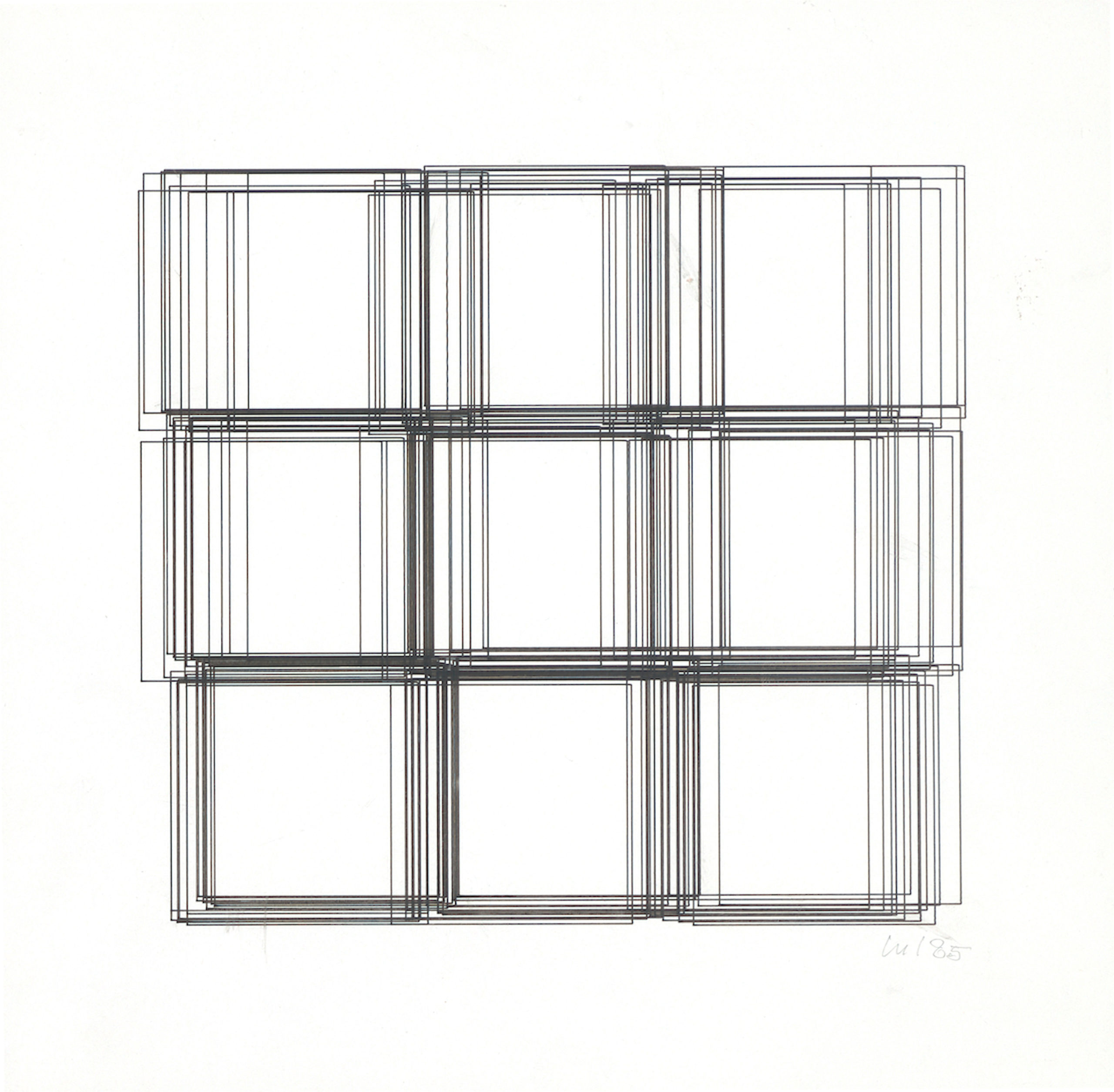 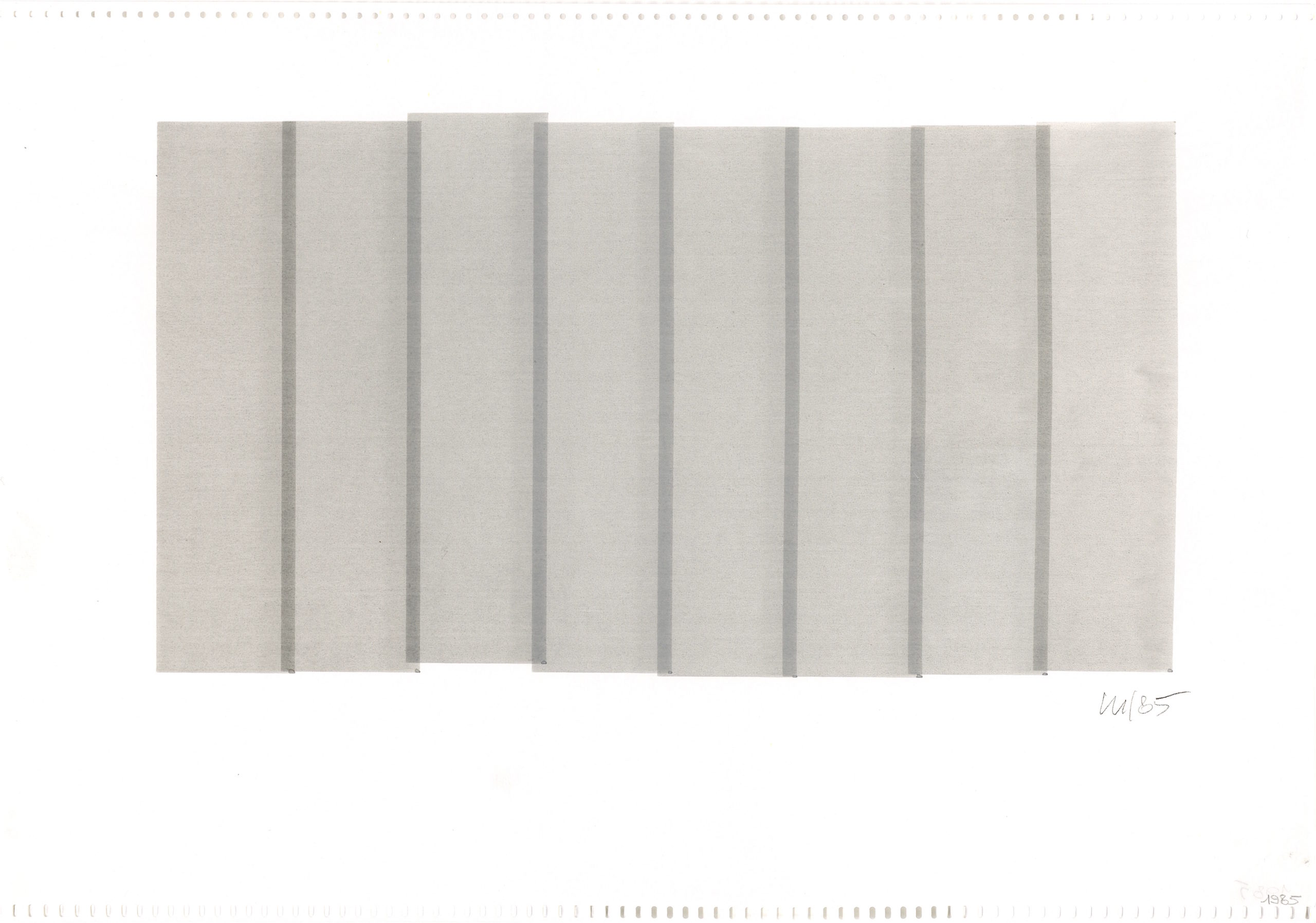 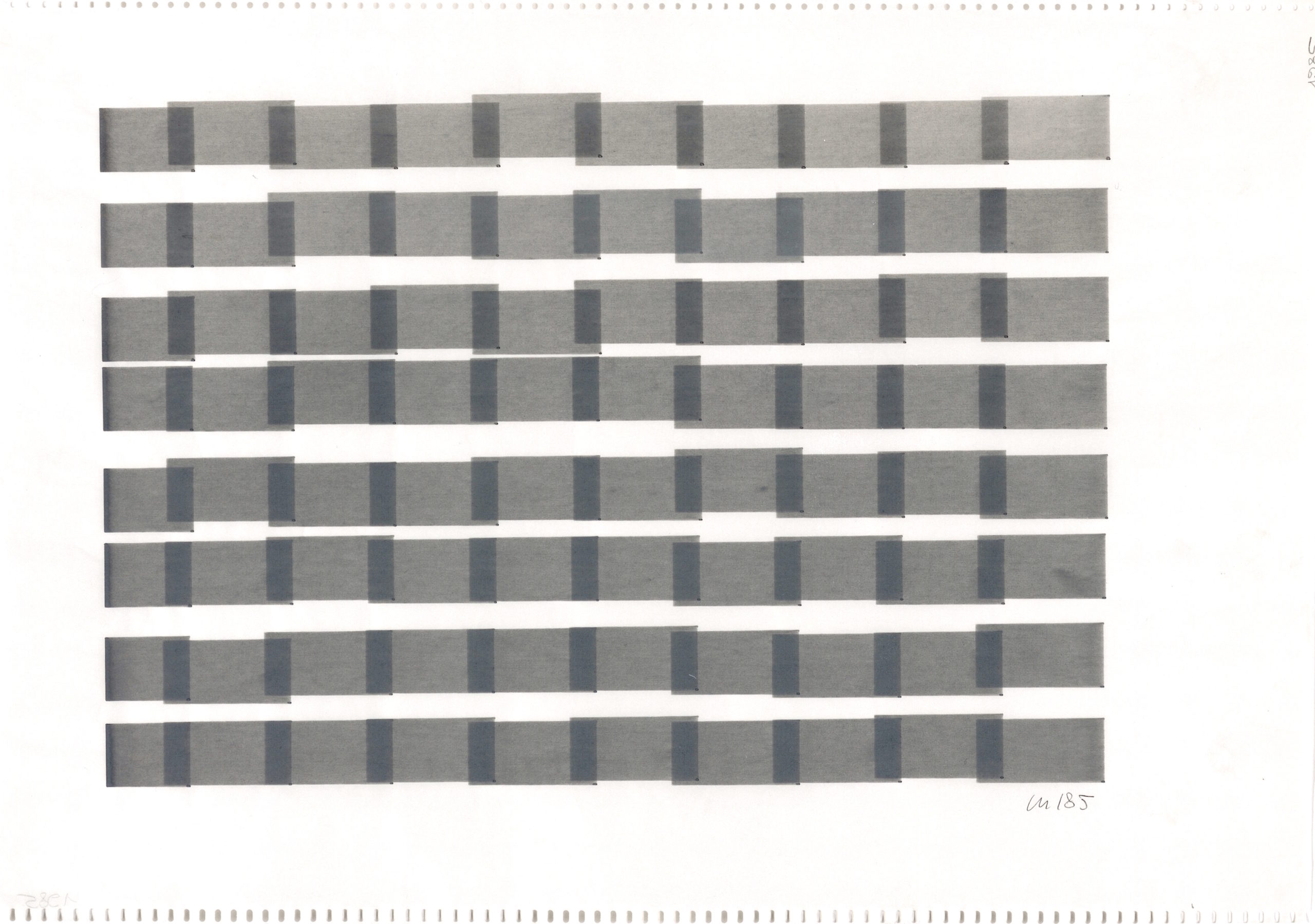 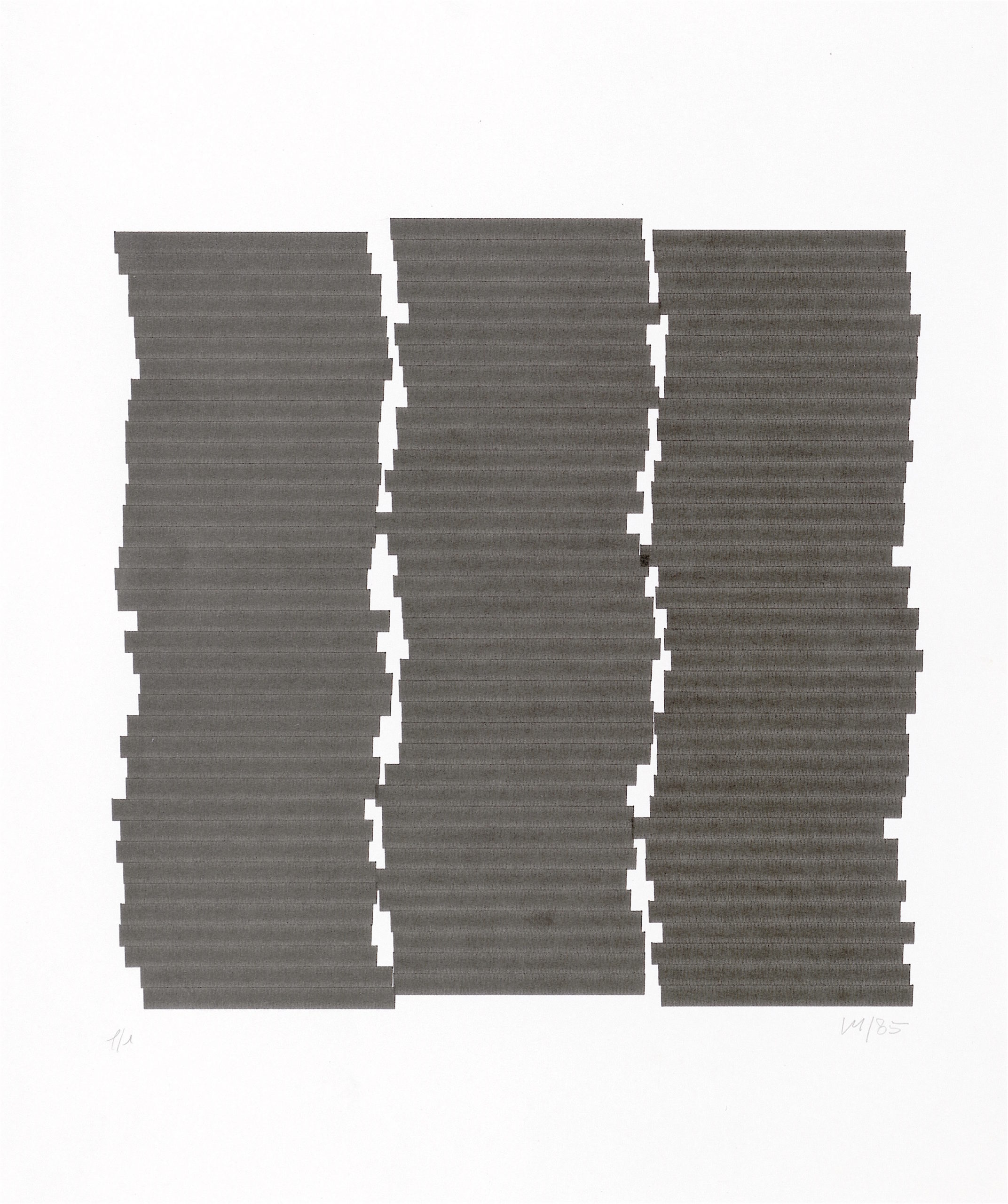 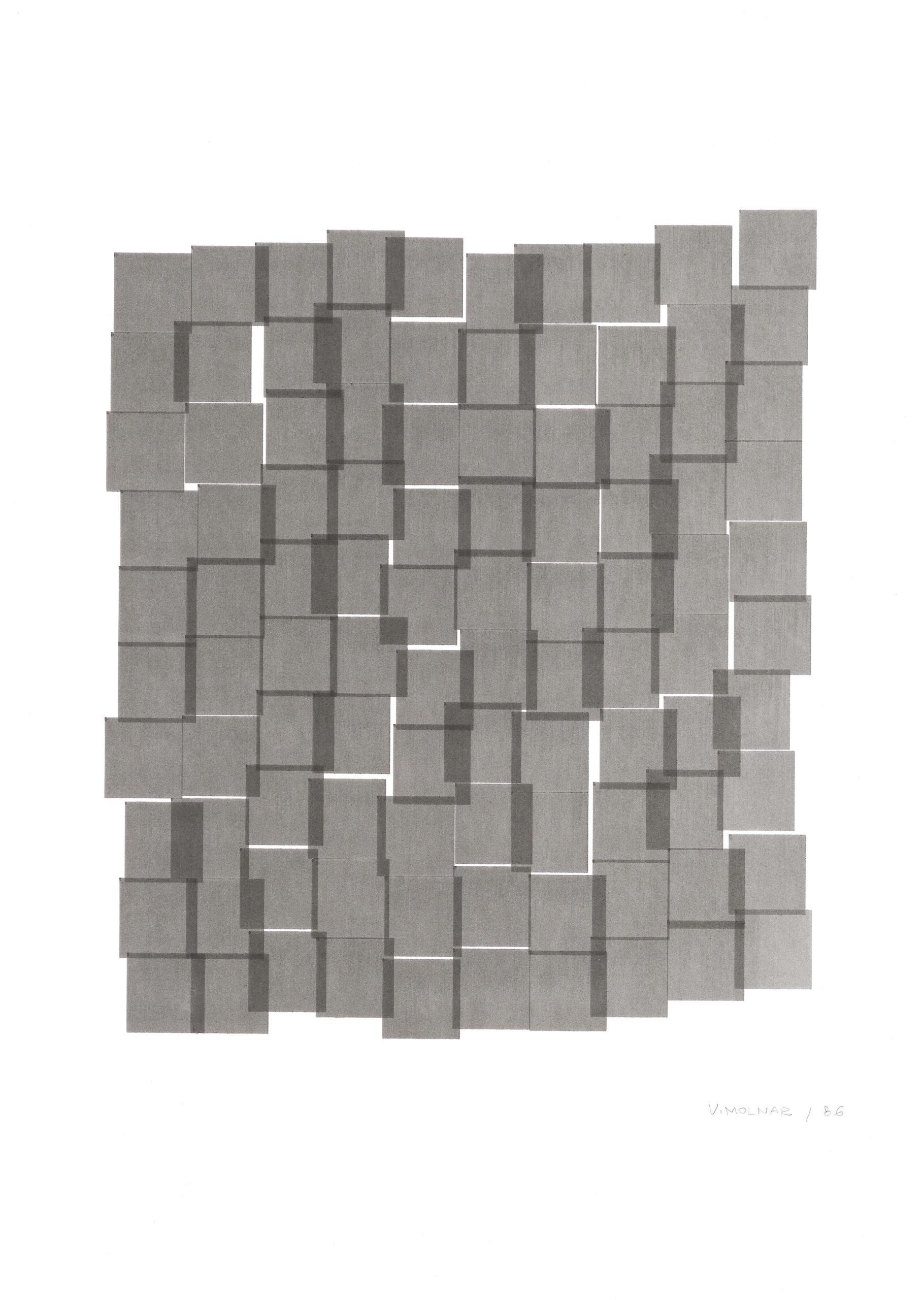 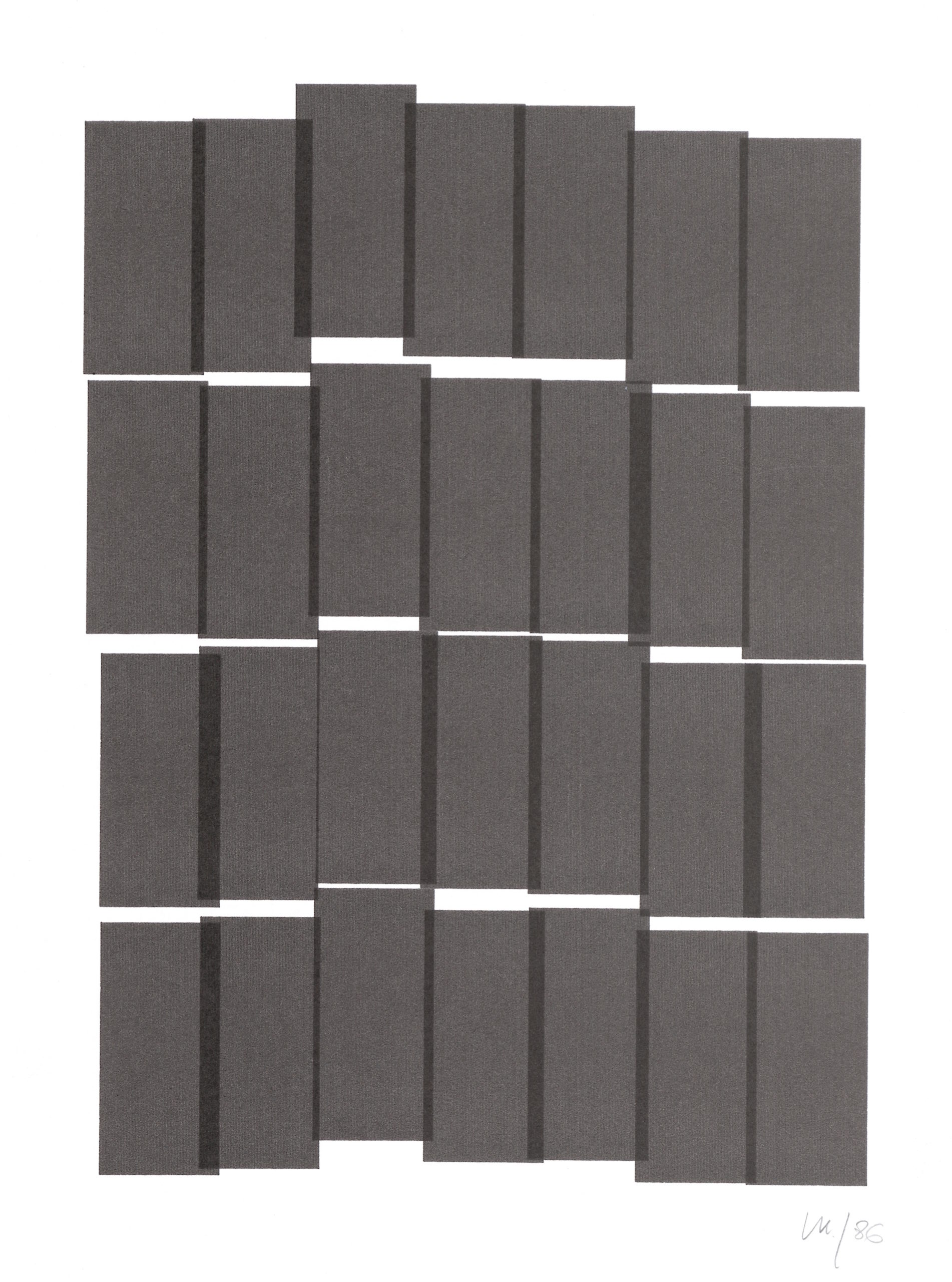 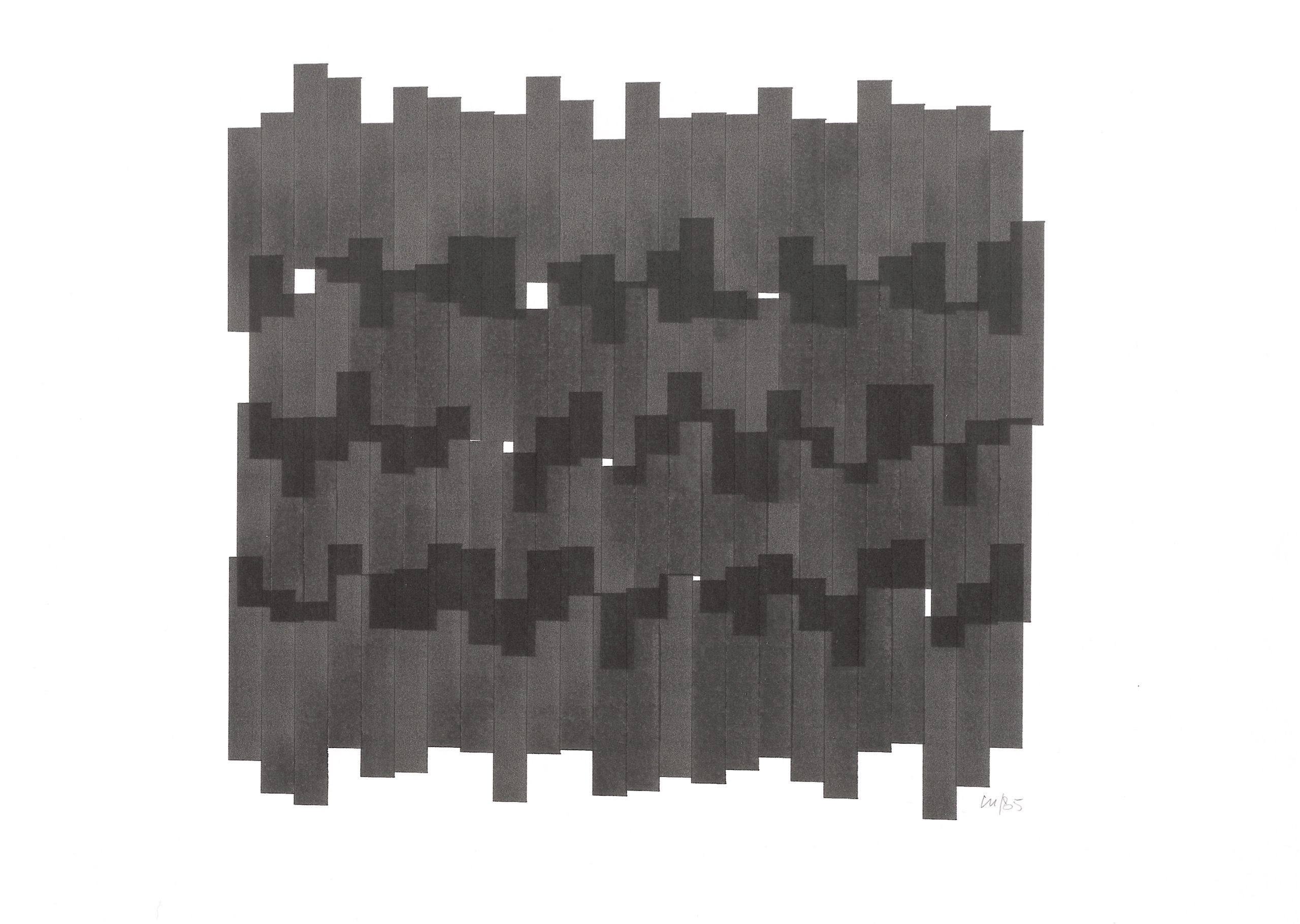 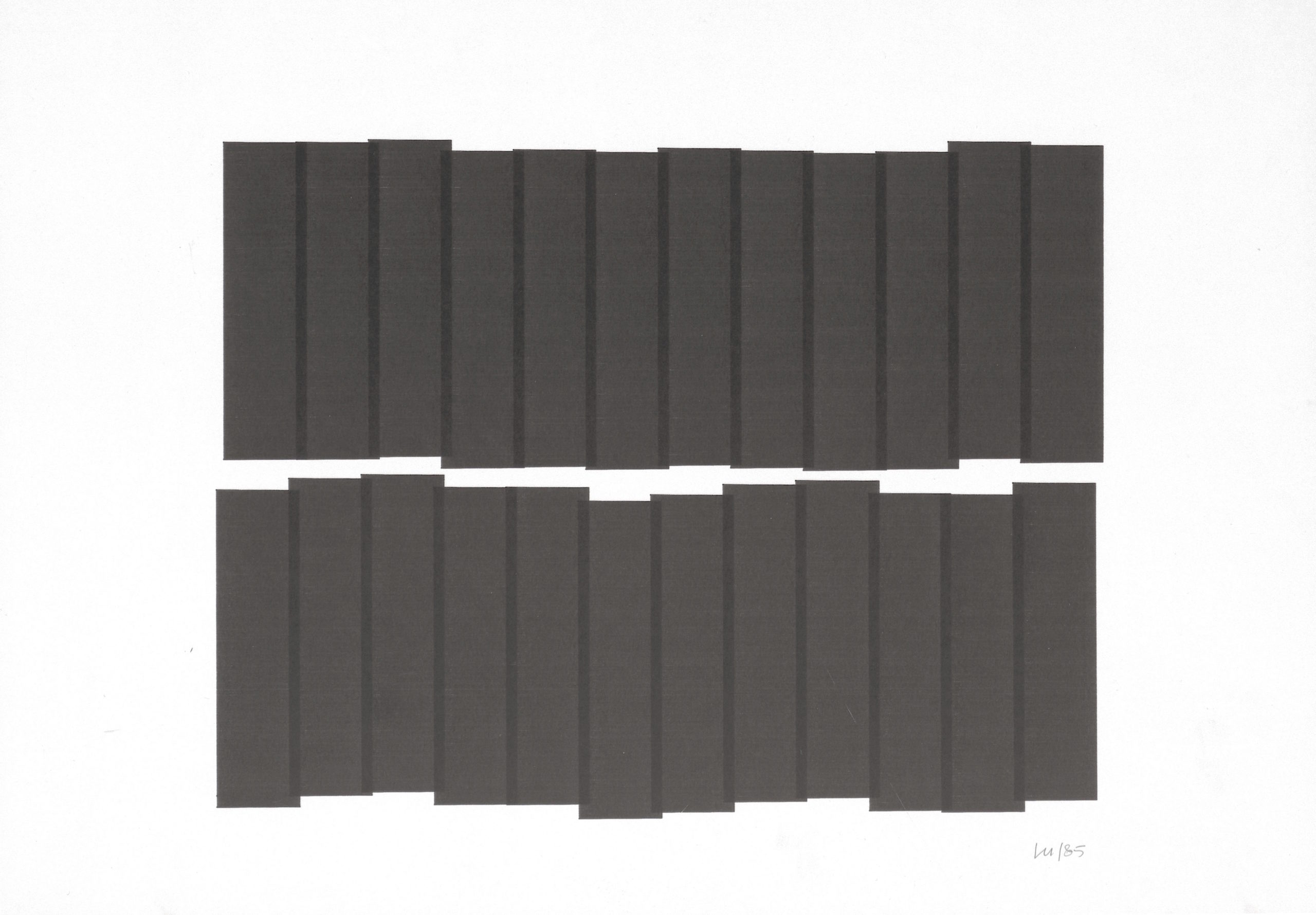 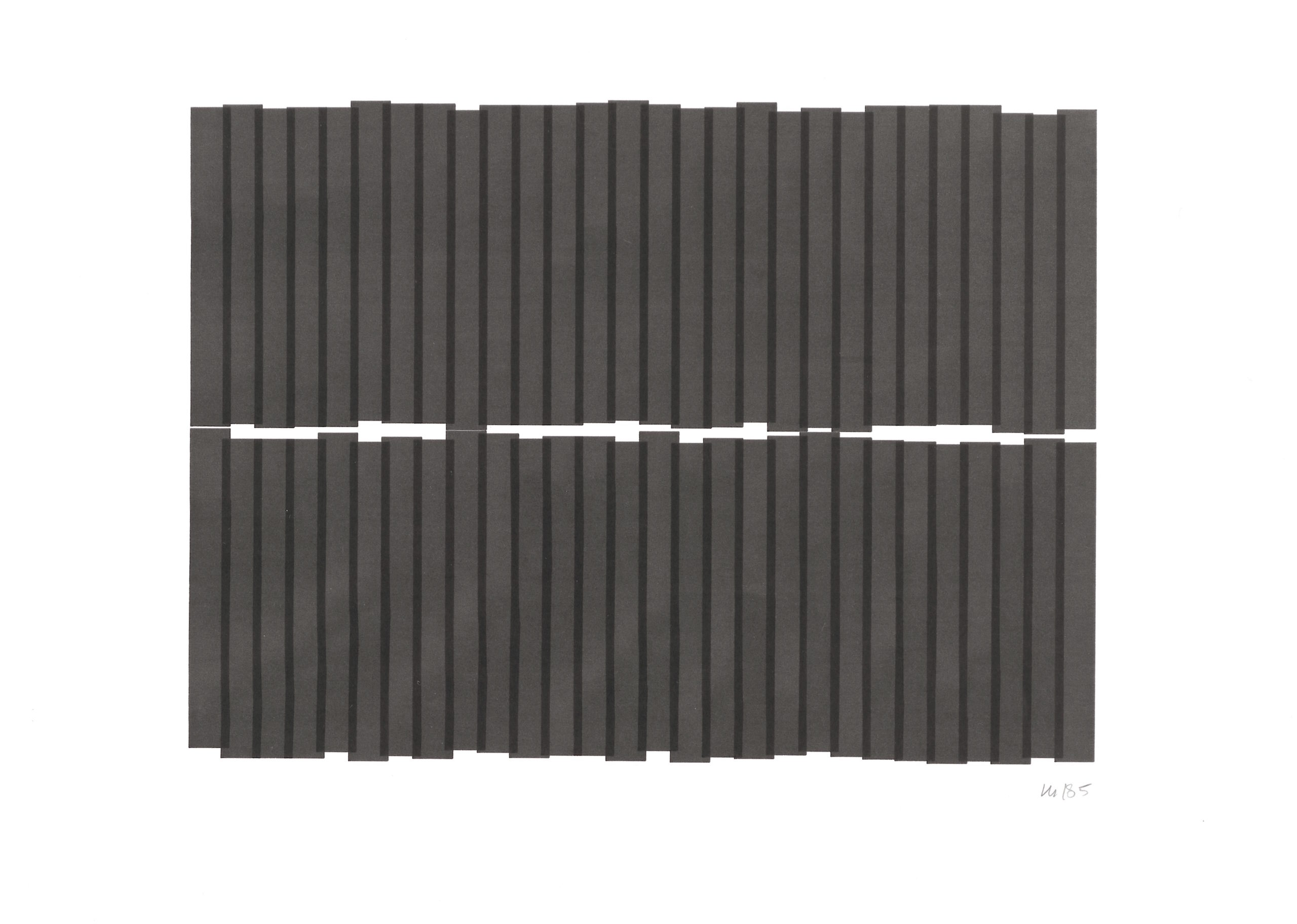 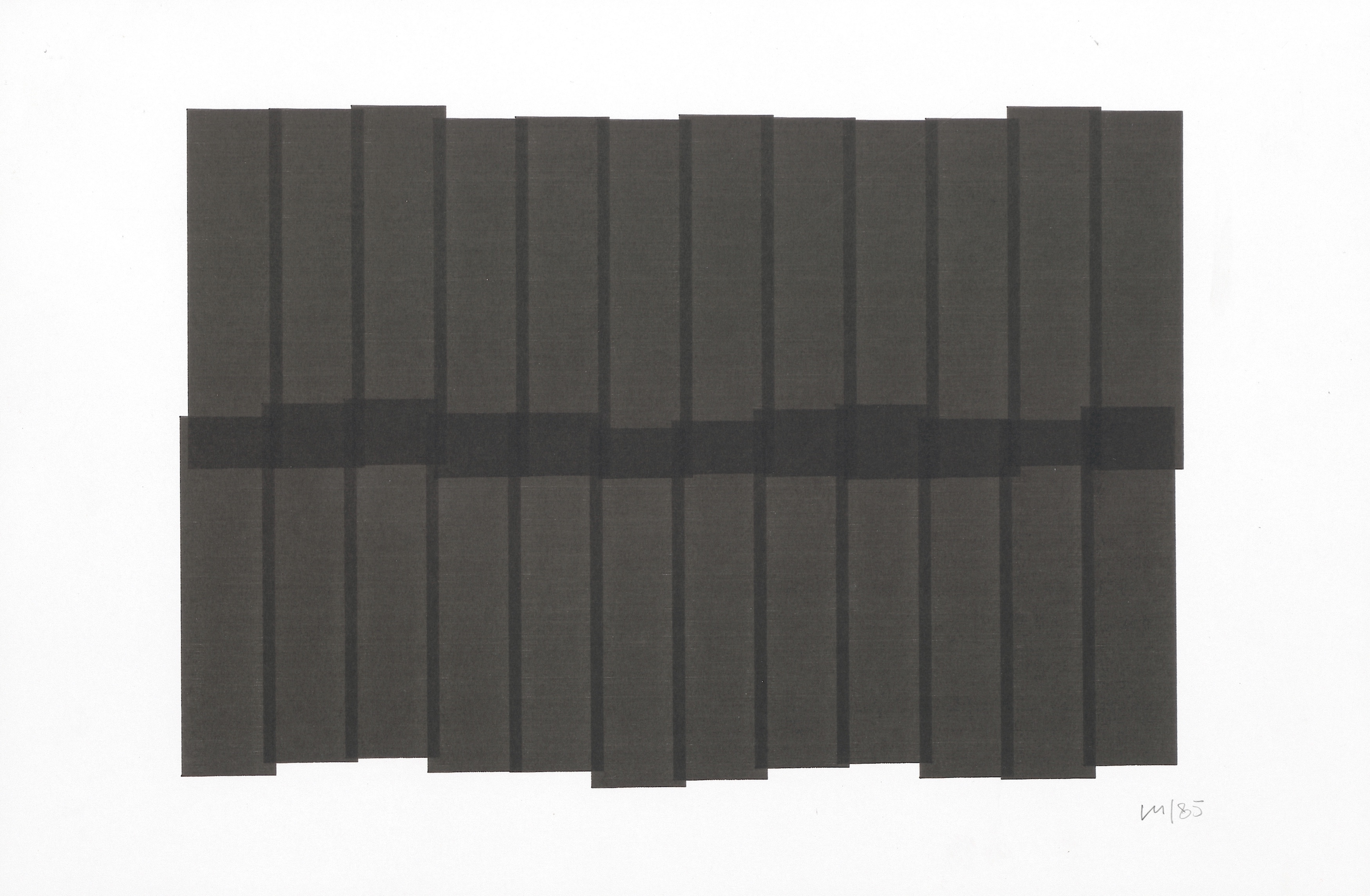 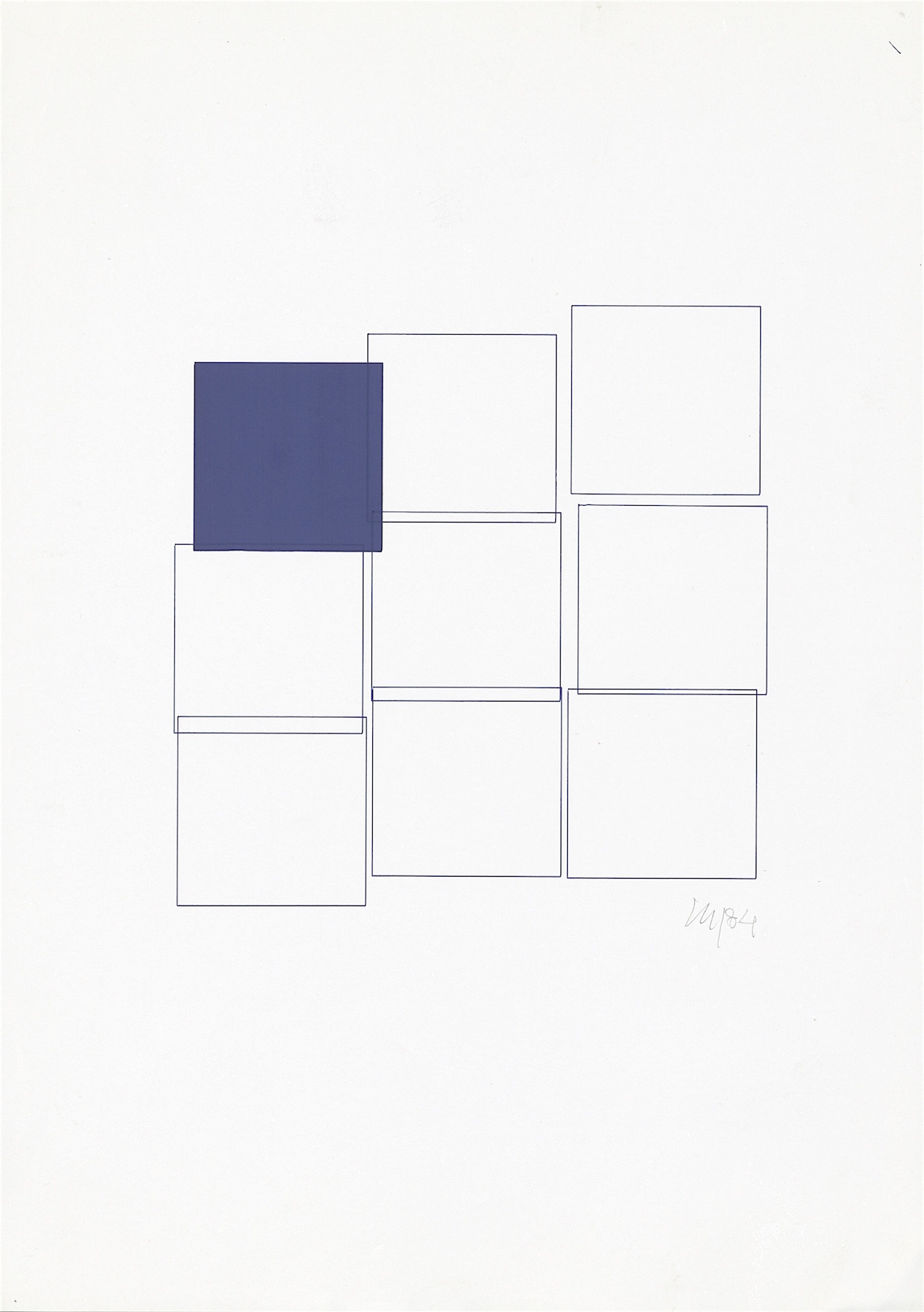 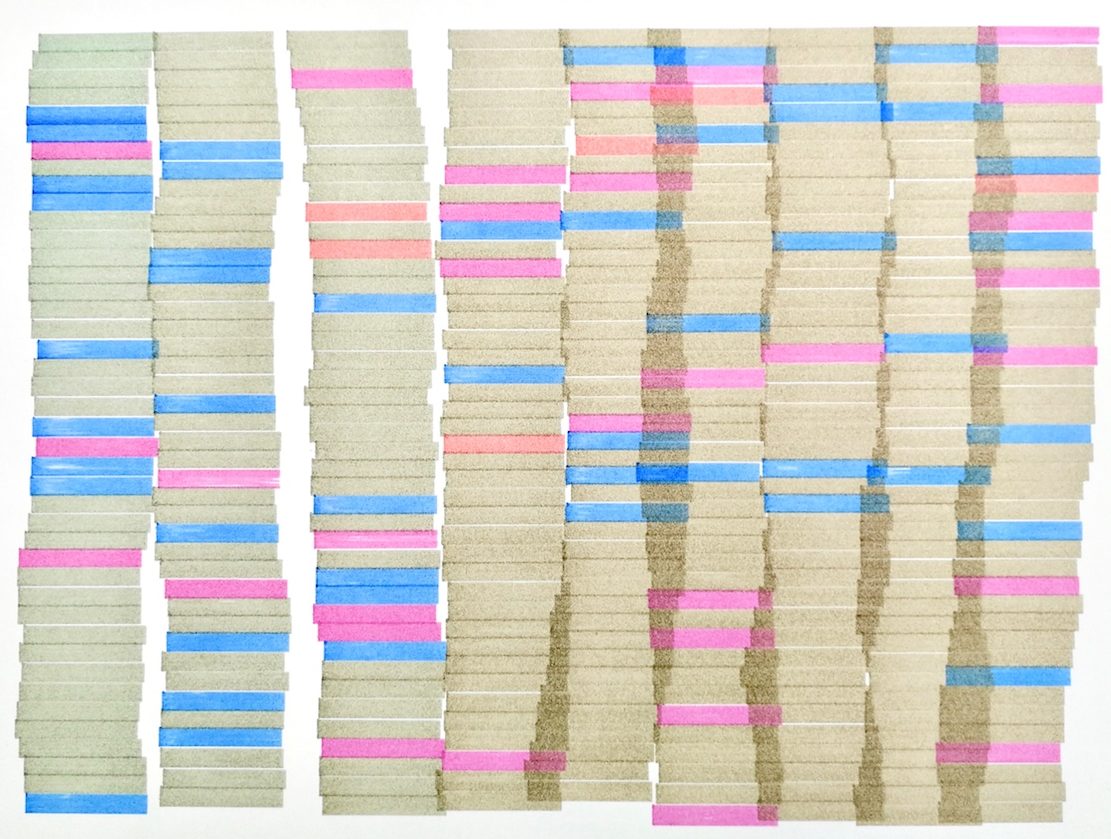 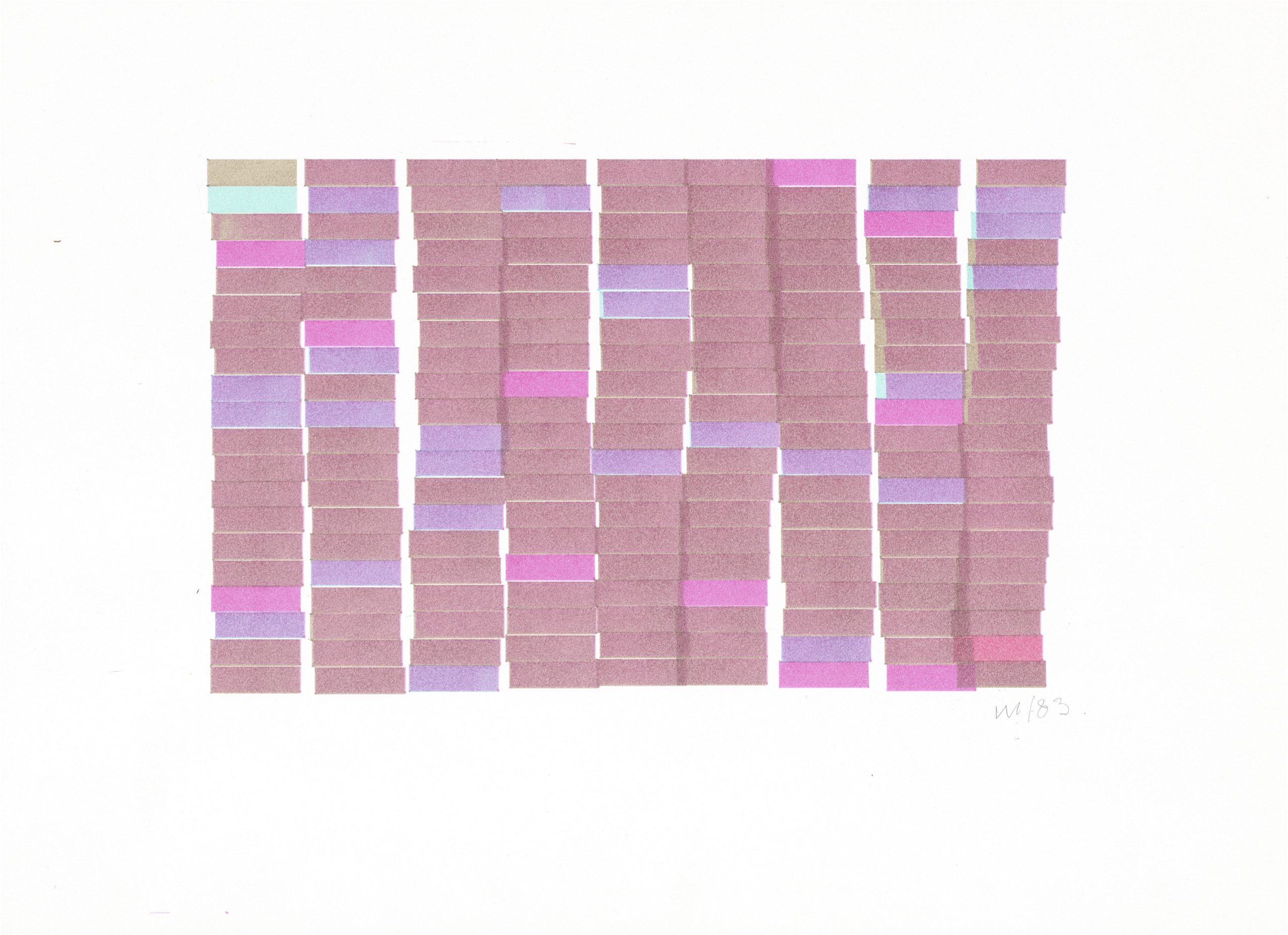 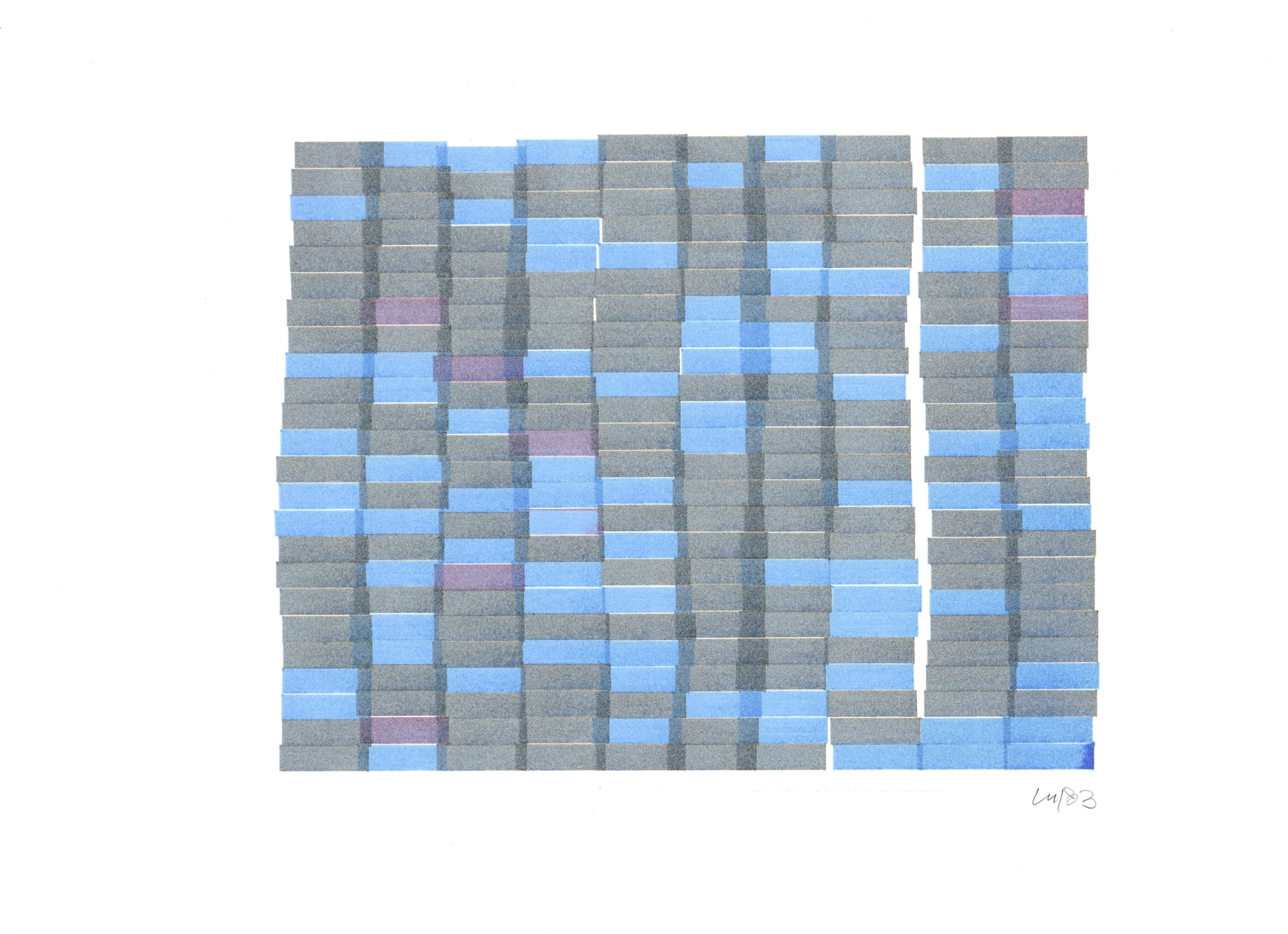 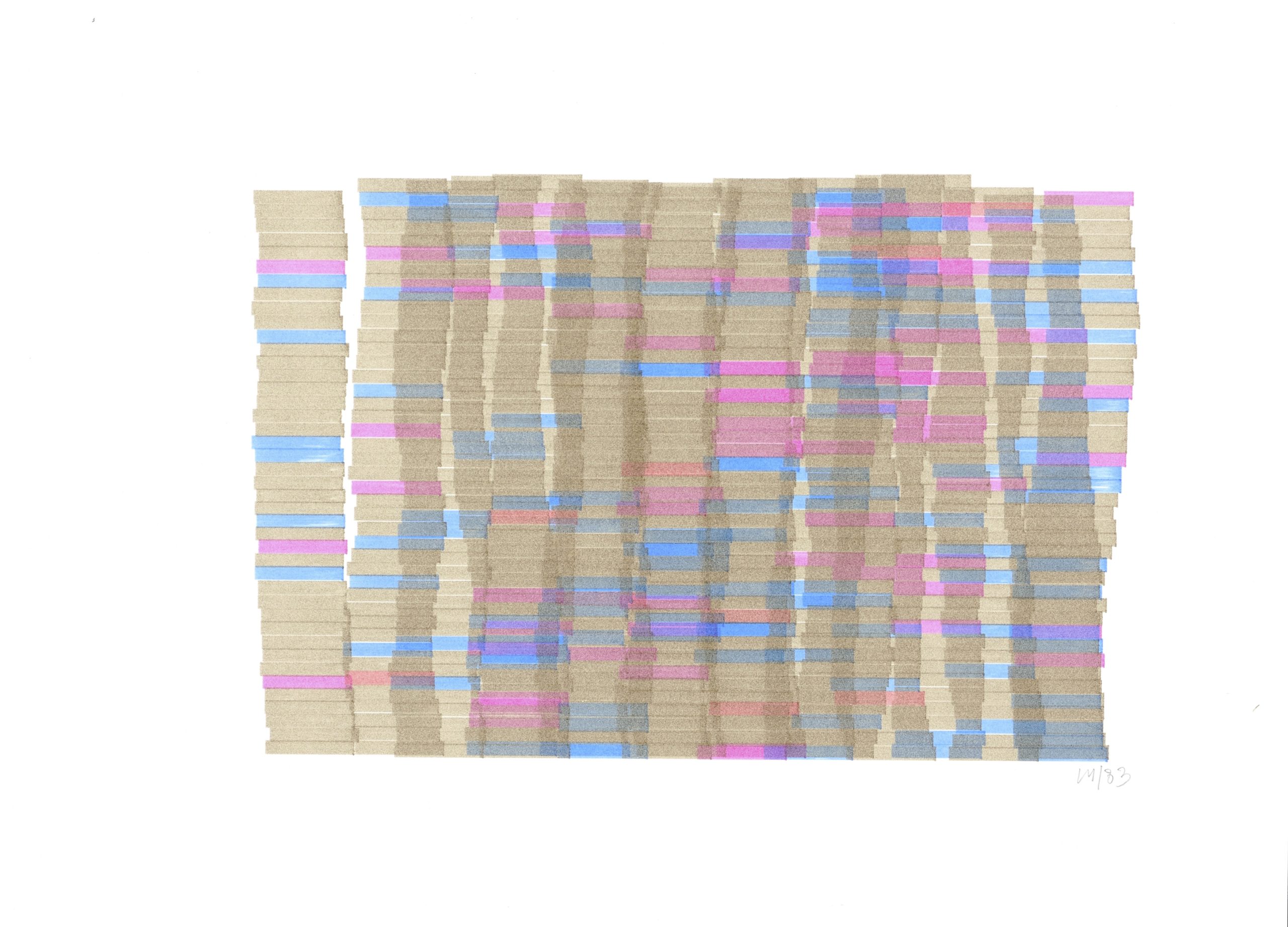 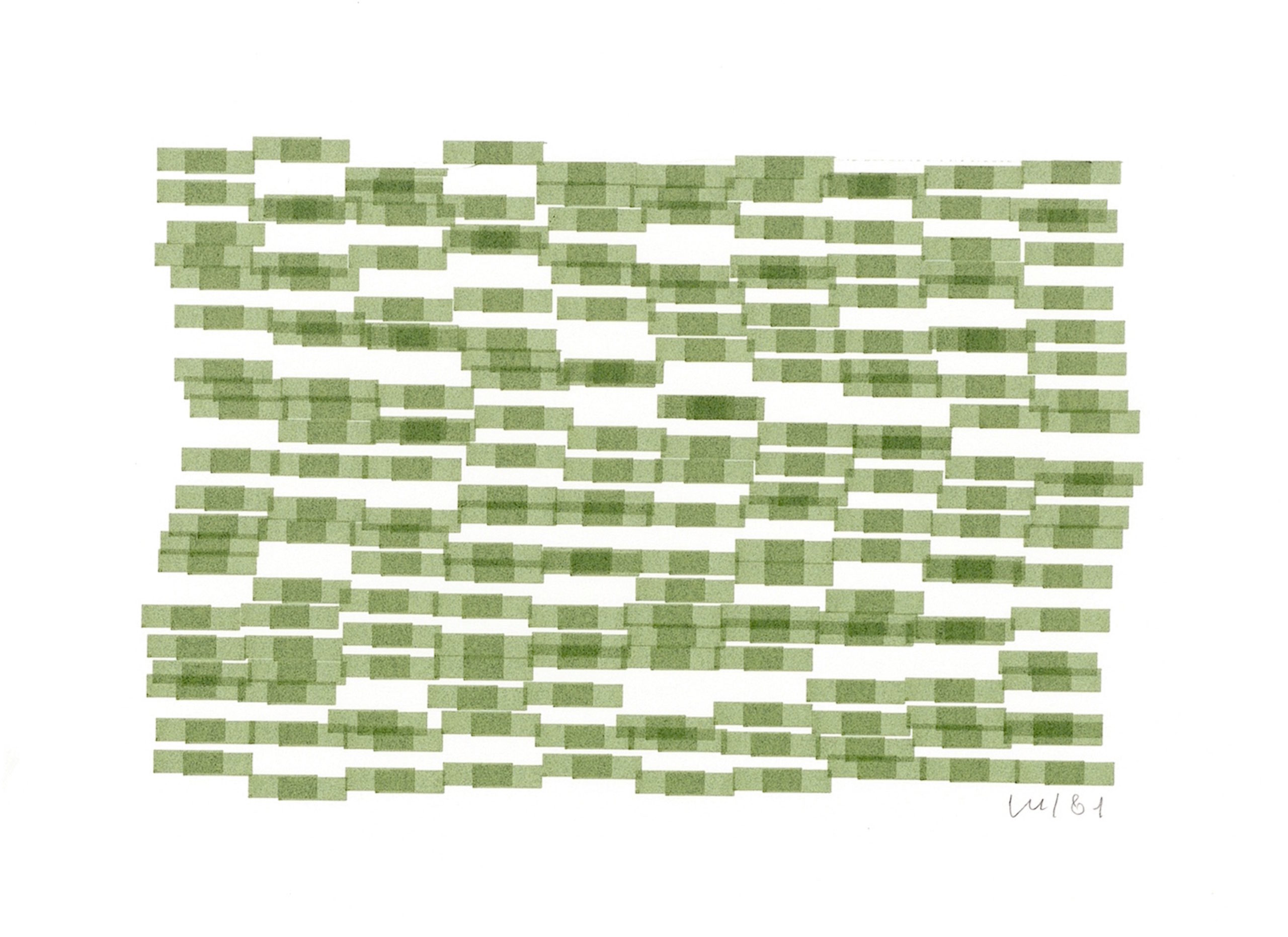 We are happy to invite you to our third solo presentation of artist and pioneer Vera Molnar: The 1980s.

Vera Molnar’s early plotter drawings are widely known – printed on faded paper and sprocket holes on each side, they are often precisely dated and labelled with “Job for Molnar”. The drum plotter by Benson that was used by Molnar for over ten years had some distinct disadvantages. For instance, it was impossible to create a precise line drawing with filled-in forms. Her first flatbed plotter was installed by Molnar at her home around the early 1980s. This allowed for her to use better paper that was now being placed flat on the plotter’s desk instead of unwinding from a reel. It also enabled her to properly fill in geometrical shapes with thin lines. The 1980s is dedicated to these new aesthetic possibilities resulting therefrom, shedding more light on this part of her extensive oeuvre that has since been included in many exhibitions but was rarely addressed as an independent body of Molnar’s work. As a result, we were able to discover some unpublished drawings. Demand in Molnar’s art and the interest of collectors were so far mainly concentrated on Molnar’s early works up until the late 1970s and her contemporary drawings and paintings.

In 2011, DAM already devoted an entire exhibition to the series “Gothique”: a group of plotter drawings created between 1988-1991 and characterized by an extraordinary slim portrait format. They are closely associated with Berlin since they were presented for the first time as part of a group show at the old railway station Schöneberg in 1988. The 1980s again includes a small selection of these works.

Working with geometrical shapes shifted the perception from the route of the line to the interspaces of the shapes, which occupied Molnar for a long time and is still present in her current paintings.
The “Gothique”-series also marked the end of Molnar’s plotter drawings around 1991. After that she used laserprints and later on inkjet.