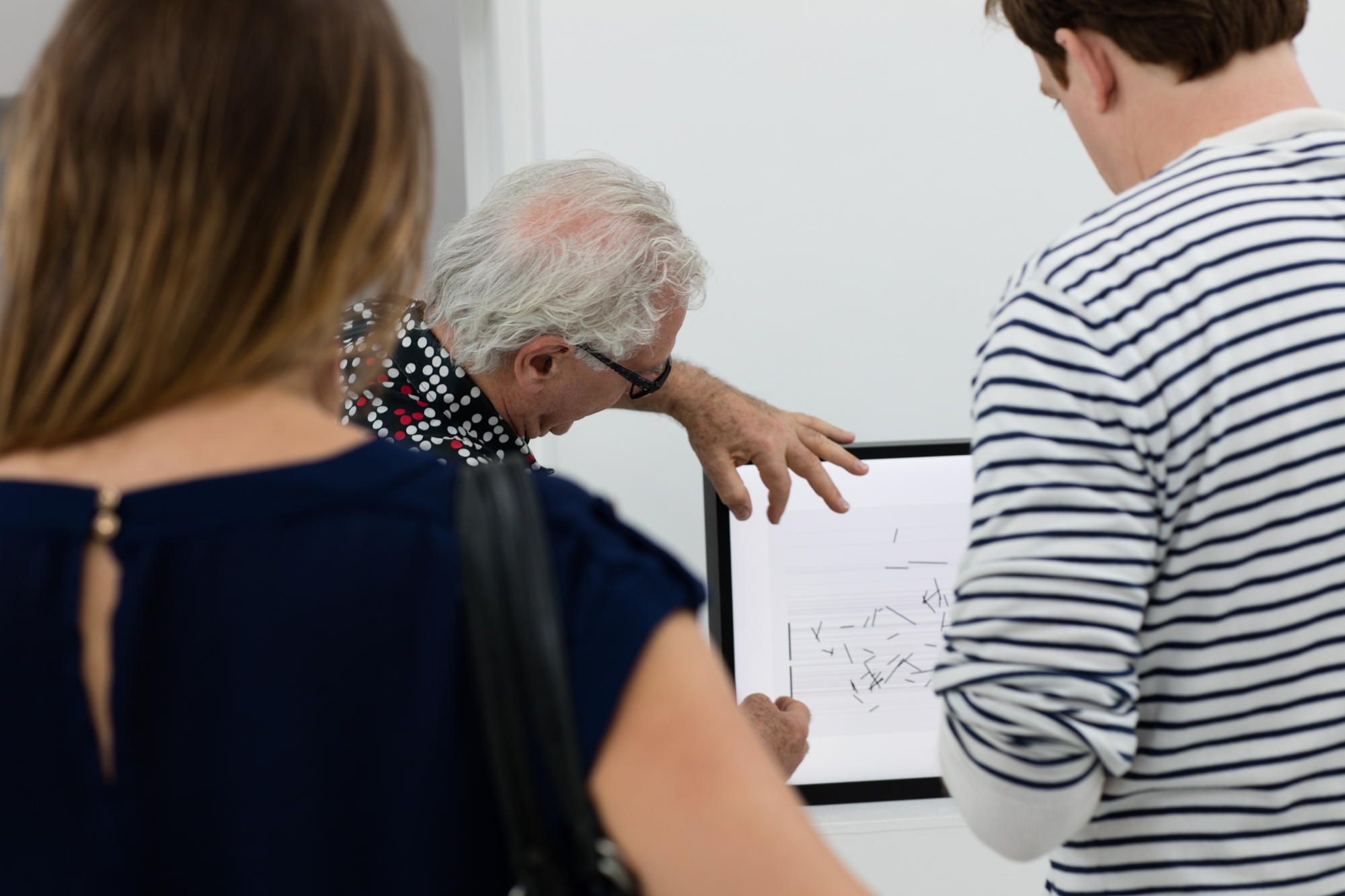 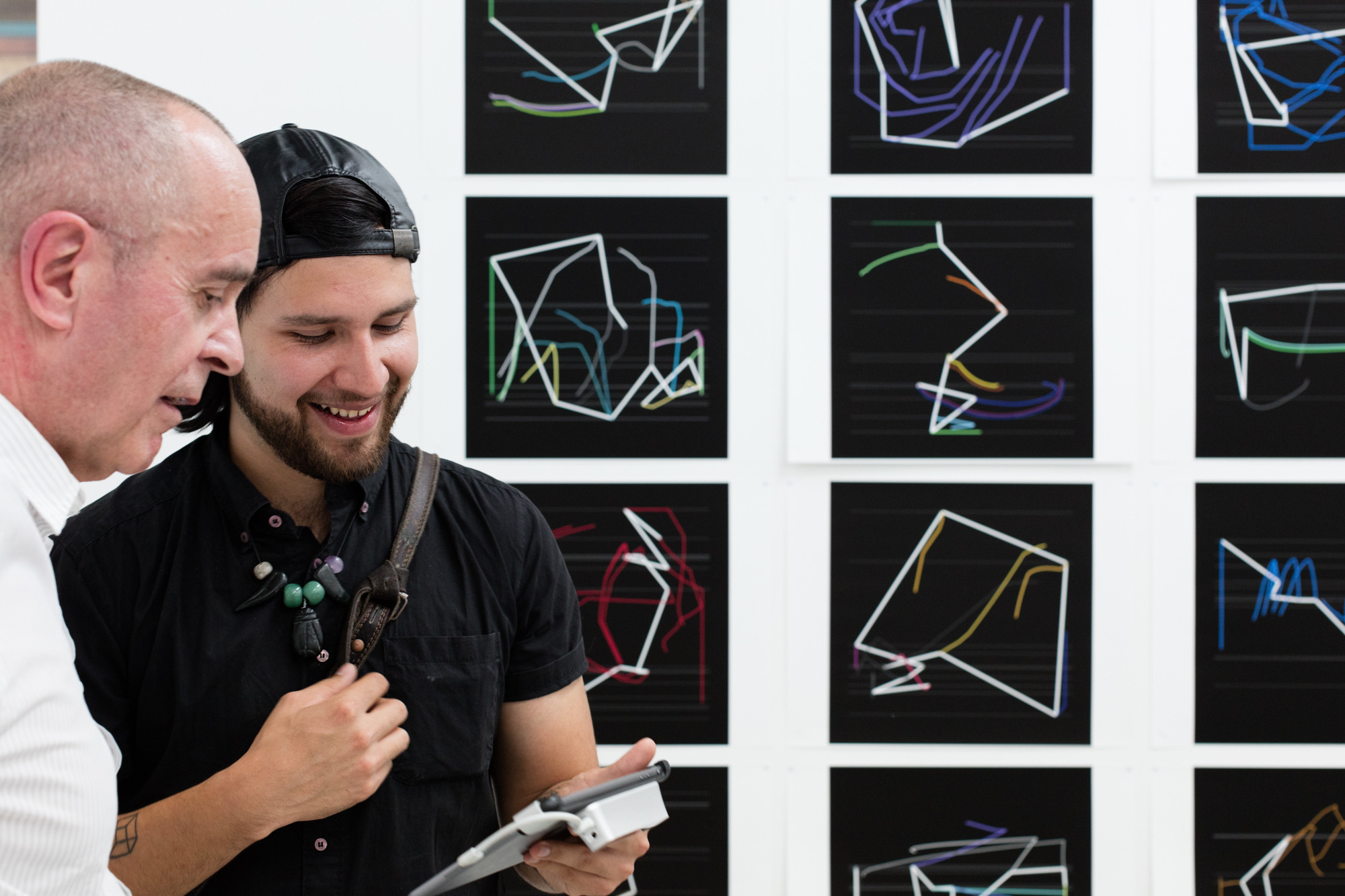 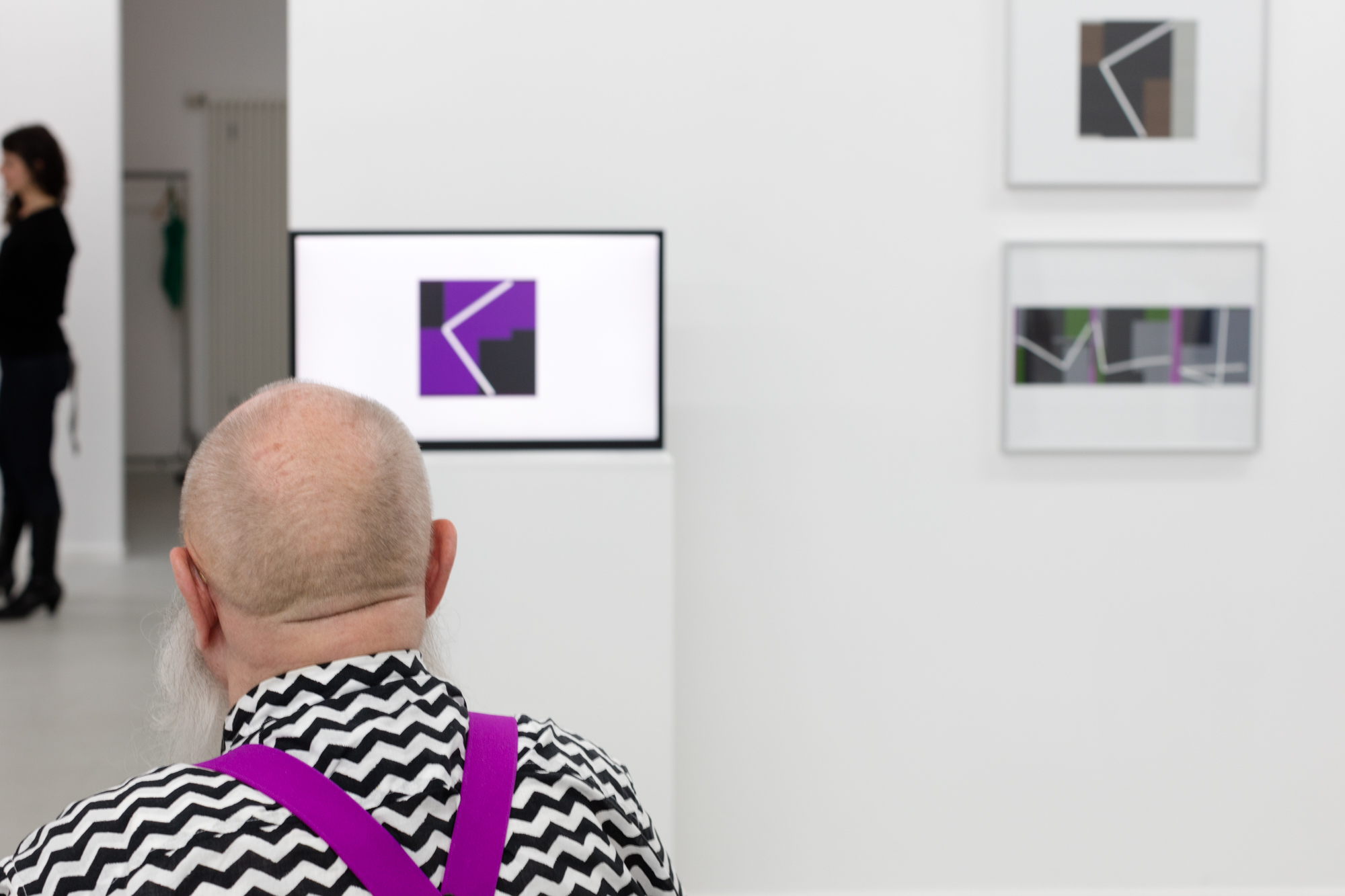 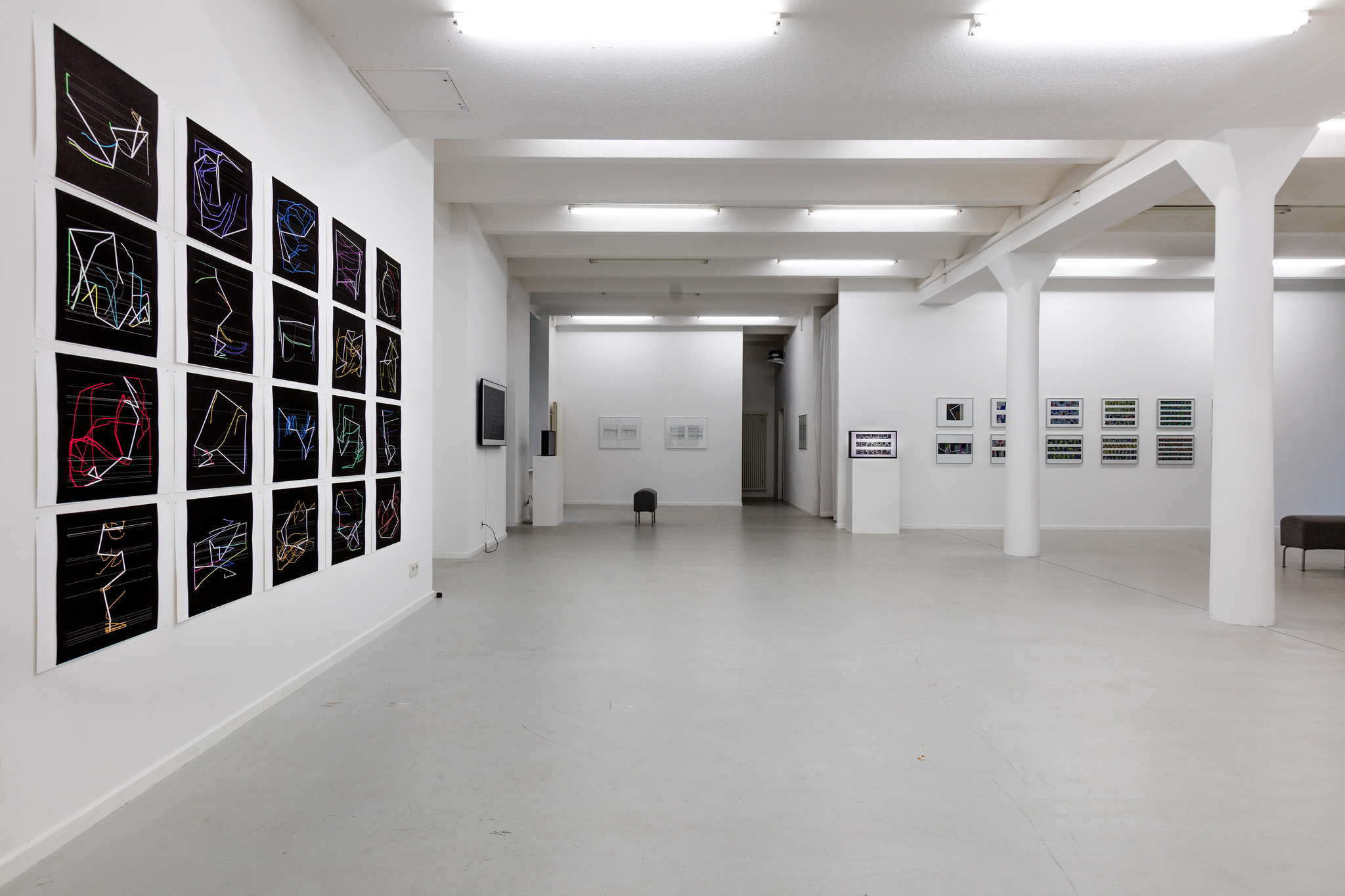 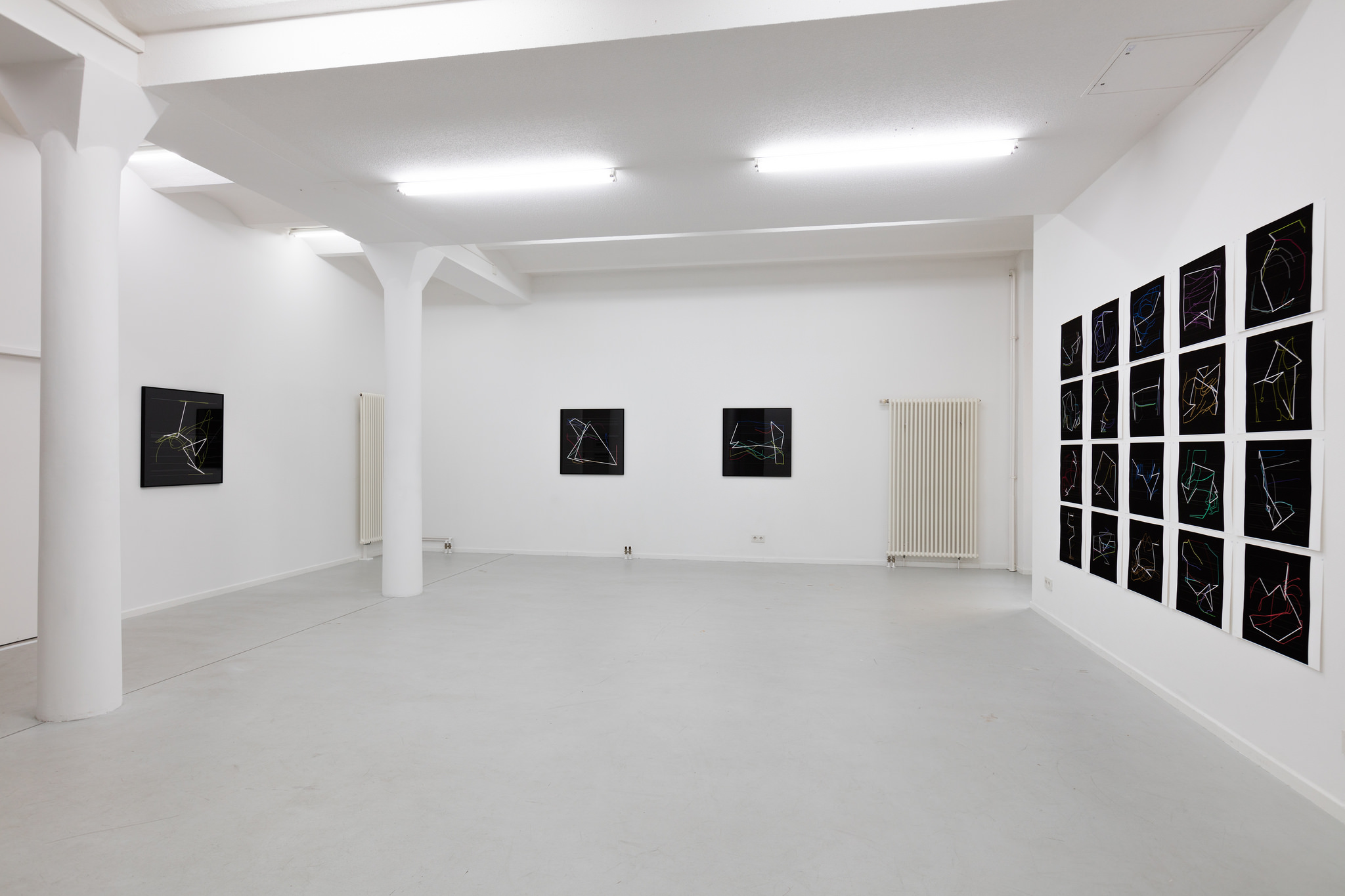 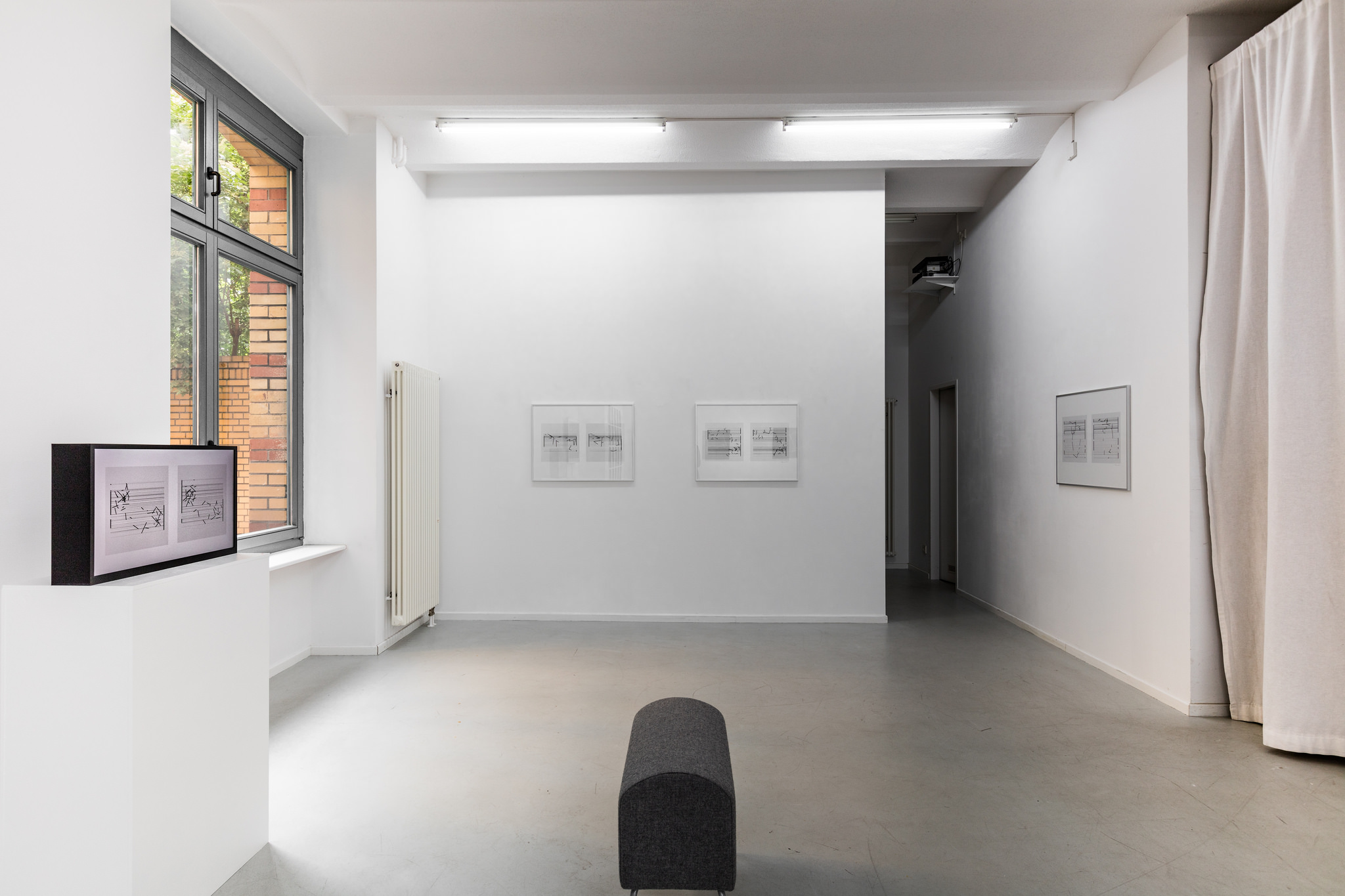 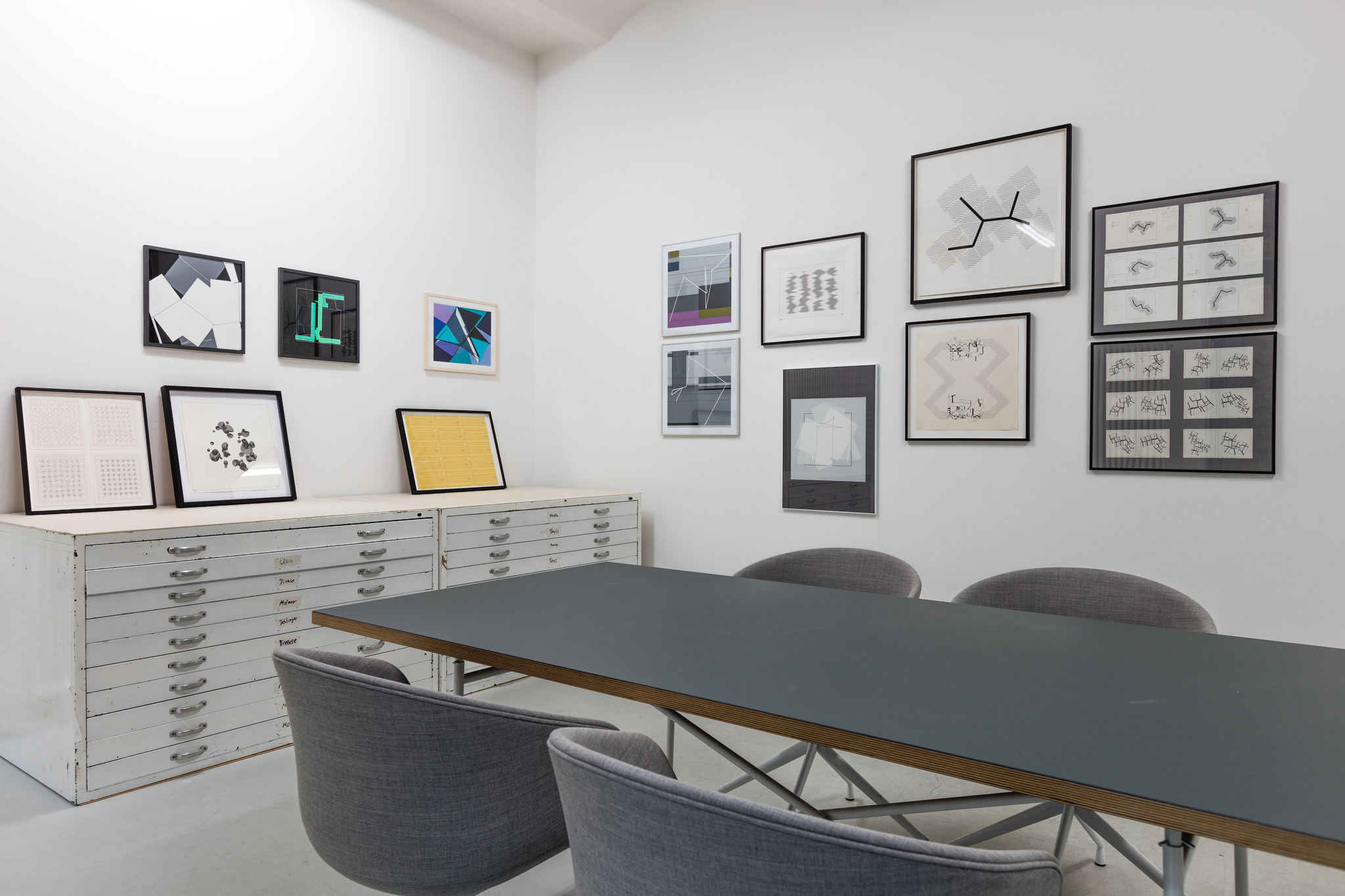 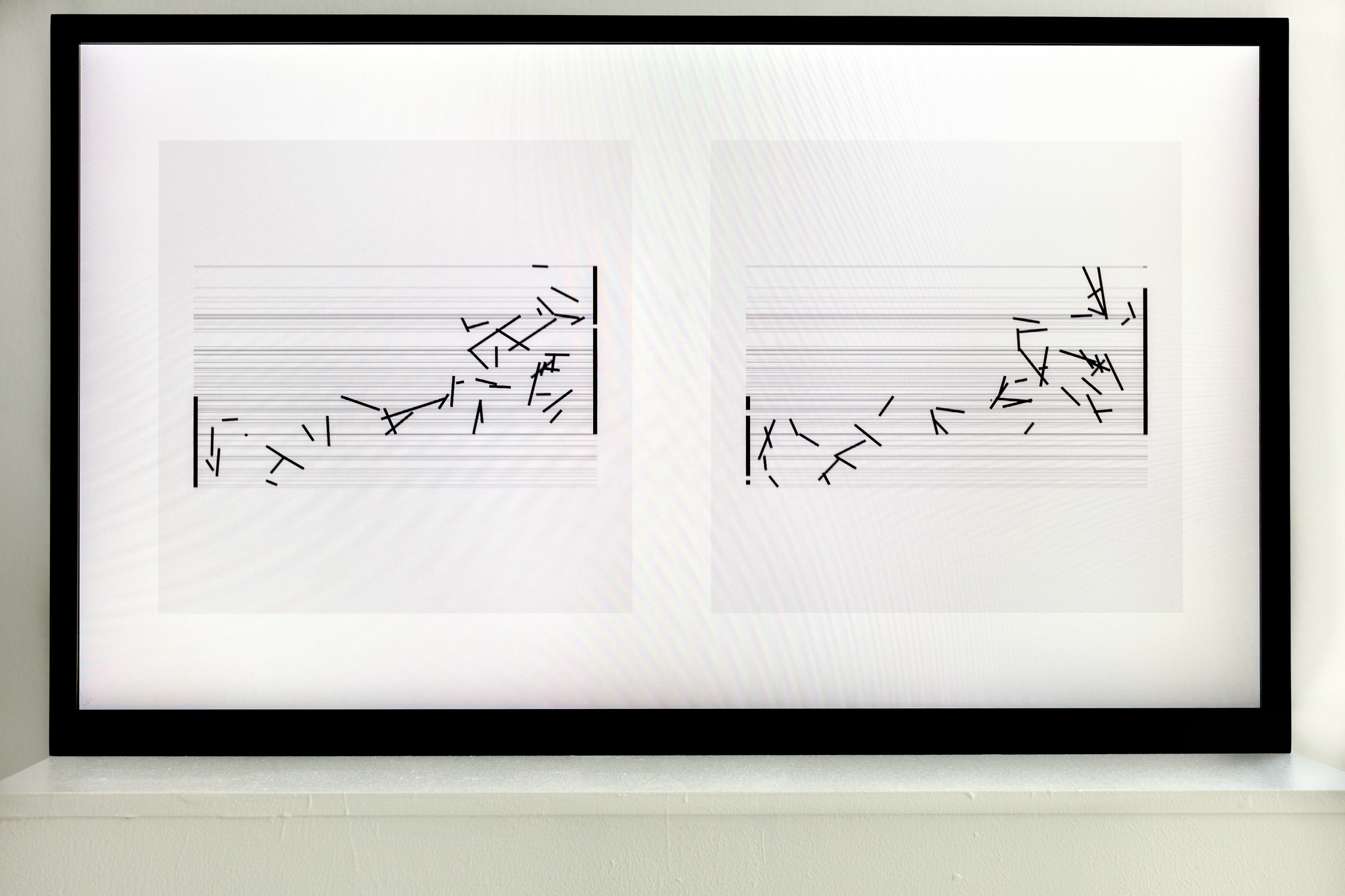 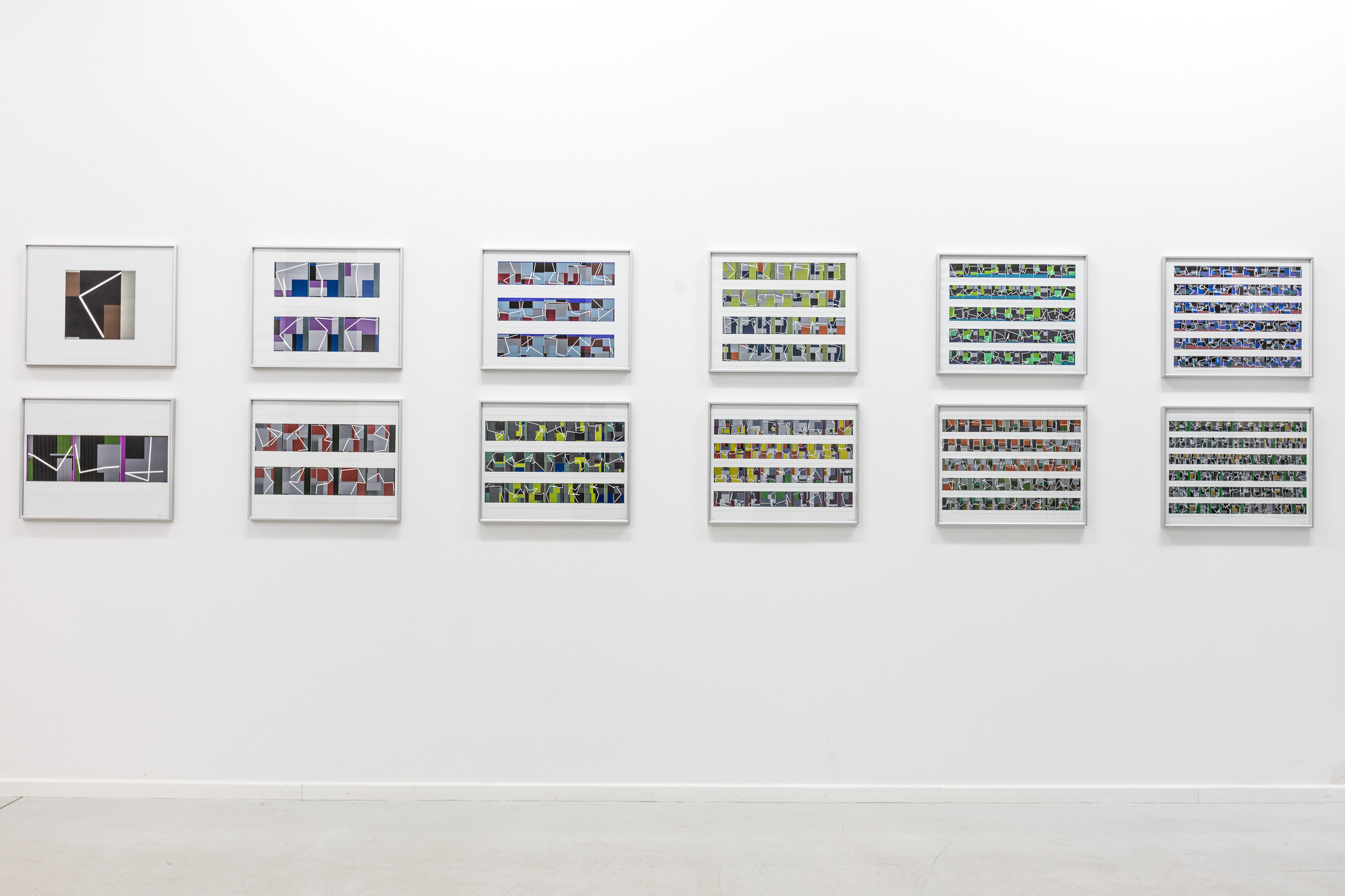 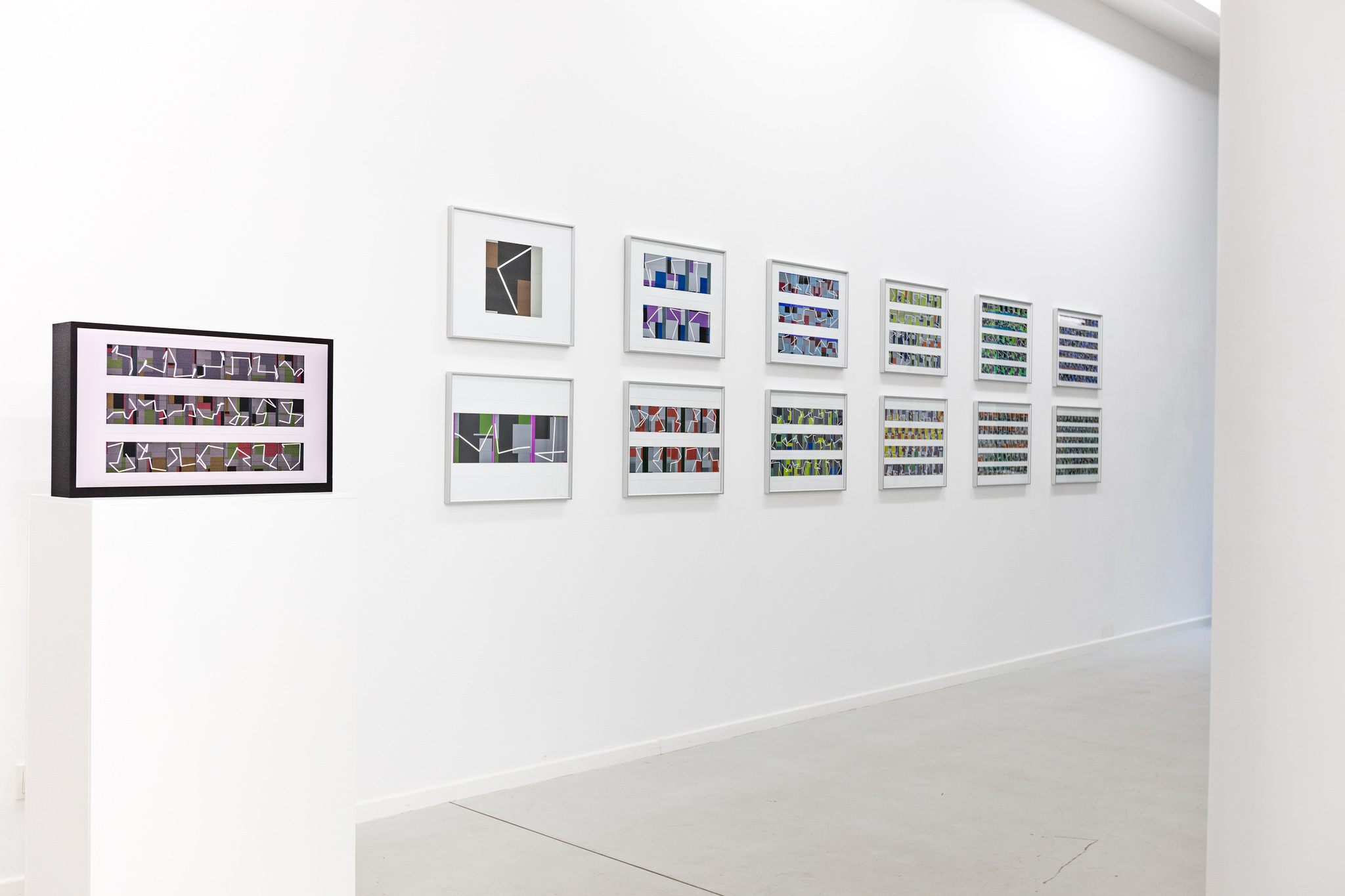 “My artistic goal is reached when a finished work can dissociate itself from its logical content and stand convincingly as an independent abstract entity.”
Manfred Mohr

In the 1960s Manfred Mohr was an active musician, playing the Saxophone, before he started to paint. The philosopher Max Bense, who taught at the Technical University in Stuttgart, inspired him to think about the idea of art in a more rational context. But it was his friend Pierre Barbaud, a composer, whom he had met during his time in Paris, who encouraged the move towards using the computer as a means of representation and expression. Subsequently he learned FORTRAN, an early programming language, and created the first plotter drawings at the Meteorological Institute in Paris. During his transition to working with the computer, he created a series of “graphic entities”, as he named them, and called the series ARTIFICIATA I, still executed by hand, but already referring to electronic or technological elements. Back then he already tried to join together musical and visual elements. The term ARTIFICIATA was derived from the term “artificial sonata”.

The exhibition “Visuell, Musikalisch” corresponds to Manfred Mohr’s early concept of the combination of music and art. Already in autumn 2013, Manfred Mohr showed his first pieces of artworks within the framework of this artistic cycle named ARTIFICIATA II, at DAM Gallery. His most recent series of art, still belonging to the ARTIFICIATA II complex, fulfilled his ideal as the visual turns musical and the musical becomes visual. The software objects were taken off the walls and present themselves as free-standing sculptures. The software as such creates its own unforeseeable rhythm – fast, slow, accelerating, still. An individual world of aesthetic experiences opens itself up towards the observer. The lines begin to dance. And they stand their ground…whether it is in the eleventh or fifteenth dimension – it simply is great art.
Wolf Lieser, DAM Gallery